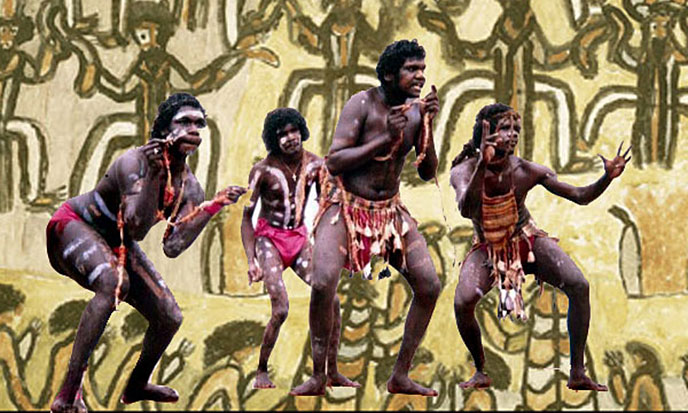 The Dreamtime is an endless beach with fragrant, light breezes where it is neither hot nor cold, where it feels good, always, enjoying an endless, eternal spring at the origin of the world.

Australian Aborigines are very familiar to this paradise of the origins, as soon as they can, they find it in a dream. And their dream mixes with the dreams of the first animal-gods, long ago, early in the Dreamtime.

“The dreamtime, also called the Dream, is the central theme of the culture of the Australian Aborigines. The dreamtime explains the origins of their world, Australia, the country and its people.

“At the beginning was Baiame the First Being,
who gave shape to the world by dreaming.

The Dream is the time before time, before the Earth was created, a time when everything was spiritual and immaterial. But the Dreamtime does not belong to the past, this magical world still exists and can be reached by the warriors for their spiritual progress.

Through the Dream, it is possible to communicate with spirits,
to decipher the meaning of omens,
to cure diseases and other misfortunes.

In the aboriginal conception of the world, every event leaves a trace on earth and everything in nature comes from the actions of metaphysical beings who created the world.

The meaning and significance of particular places and creatures is wedded to their origin in the Dreaming, and certain places have a particular potency, which the Aborigines call its dreaming. In this dreaming resides the sacredness of the earth.”  (source)Wikipedia

The geobiologists who study cosmic-telluric energies, designate these places as the chakras of the earth. The most powerful is in the cathedral of Chartres. In these sacred places, naturally, are opening the doors of perception. And the insider sees what cannot be seen. He enters the next world, not to be confused with paradise. The world of Dream has its own traps, too.

In Nagualism, warriors speak of places of power. All these expressions refer to the same reality. There are doors. Nature is full of doors where the warrior teleports on the other side of reality. Before his steps are opening ways leading to the Dream.

It is that simple. Years are needed to clean the doors of perception. One day they will open before the impeccable warrior. It is called To see. Aborigines use it all the time, making them difficult to understand for rigid cerebrals. And yet, what a vista! 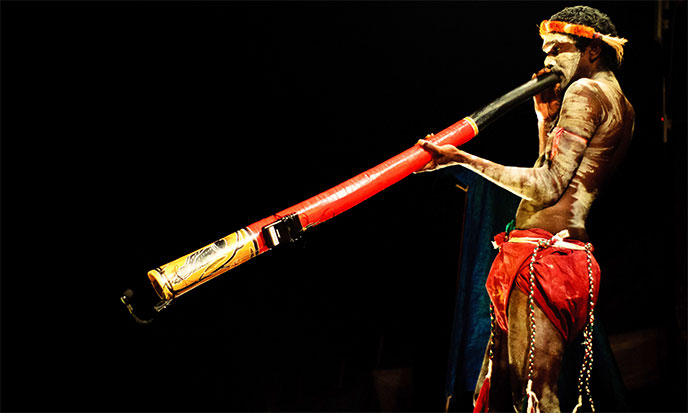 “For example, around Perth, the Noongar believe that the Darling Scarp is said to represent the body of a Wagyl – a giant serpent being that meandered over the land creating rivers, waterways and lakes.ˮ  (source)wikipedia

This giant ophidian recalls other giants, the dinosaurs. According to legends and engravings, the man would have known them. Puzzling artifacts and fossils seem to support this hypothesis. Further confirmation: at the other side of the earth, the Yanomami use a ritual drug to enter the Dreamtime. This is Ayahuasca, which is known throughout Latin America. In the visions induced by ayahuasca, images of dinosaurs are often present.

“Traditional Australian indigenous peoples embrace all phenomena and life as part of a vast and complex system-reticulum of relationships which can be traced directly back to the ancestral Totemic Spirit Beings of The Dreaming.ˮ (source)wikipedia But they did not all come from that.

For the Aborigines, the Dream Time is not a finished and completed world. It is being done here and now. But the outlines are traced from the origin. Time the Dream is another way of living in this world. In this other world which is everywhere. This other world where we, the mutants, no longer go, except maybe during nights where we get drunk, though we then take the wrong door.

According to  some versions, the spirits of the ancestors who created the Earth withdrew as the dream was vanishing, giving way to men. Note that this culture, the most sensible of all, knows that we had been created by our ancestors, not by gods. Our ancestors were made of pure light. They were erased as soon as we fully materialized. The Dreamtime is the time when beings of light lived among men. 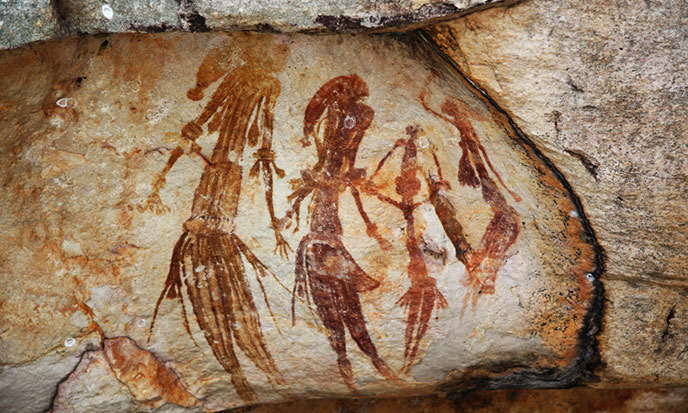 The episodes of the Dream were transmitted by oral tradition and rock paintings. Even today, by following with his eyes the cave paintings, and guided by the memory of his ritual songs, an aboriginal shaman can “read” the multimillenial tradition of the Dream time. Then he can unwind, over the sacred trance, the new episodes that are the result of the eternal dream.