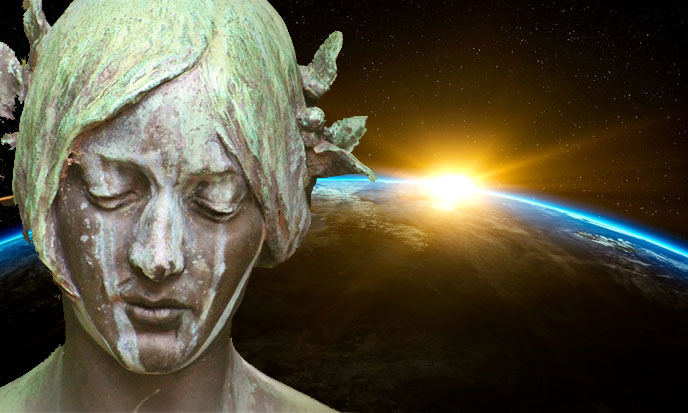 “Where is he who IS? Where is he who says: “I am the I AM”? Where is the Living, the sacred principle of all life?” Here is the Holy question that Archangel Elo had to ask every living being. It will take half an eternity! For a first mission, he thought it was a joke ...

Elo is a young archangel. He had received his nomination just two fractions of eternity ago, which still represents two billion 775,000 years on Earth. But here, time seems much longer than up there. So beginner in the job, Elo is wary of hazing, it’s human. It is also angelic. “What nonsense! he stammers. Asking a being “Do you know that you are alive” It’s like asking small divine mirrors “Do you know who you reflect?” “It’s like if a toe was unaware belonging to a foot, to a body, to a unique living being” mumbled the archangel.

“Everyone knows where he comes because there is only one Source!”

Yes, everyone knew that, but everyone has forgotten. Elo is too young. His promotion has cleared of a sudden hundreds of thousands of fragments of eternity that he spent in various bodies, to learn to take and render.

To suffer to become tender, tender enough to understand. Putting a stop to his quibbles, a vigorous shoot propelled him on the first planet of his list, Earth. And then, Gotoel paled. Nobody knew where he came from, neither he nor we, nor lion, nor wildebeest, nor lynx, nor the other. Nobody cared.The divine messenger asked questions, no one answered. He plunged into the jungle of the  big city. He undid his hair, took off his shirt of star, and appeared in all its splendid nudity. It looked like the moon set on the esplanade.

“Come into my arms, my children, my loves. Come find your divine nature” sang the Archangel on the square. Nobody stopped except a trader to steel from him his shirt of stars. “This is the globalization of money, man. You bet your shirt, you cash currency!” But the angel did not speak that language. He changed of planet quickly, because it was only the first on a list of two hundred seventy five billions myriads of planets, and that his mission tolerated 7% loss. 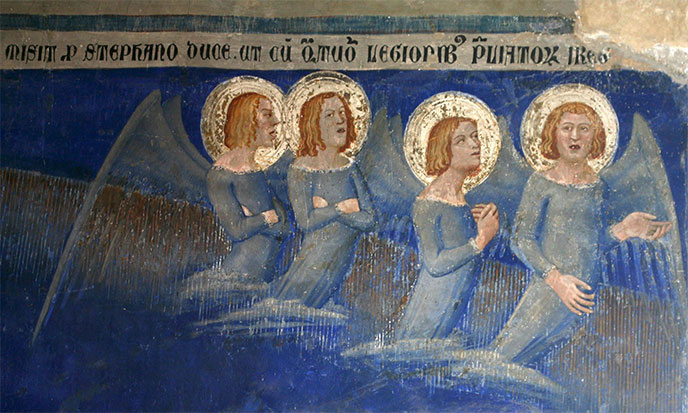 Always follow the divine example. The archangel, although a beginner, do not ignore this basic rule taught in the first year of angelic studies.

Blue planet was mocking him on the screen. The archangel knew his mission tolerated 7% loss. Then he clicked on ERASE. “Please confirm order” He did. And the blue planet disappeared without a trace. Not a single ounce of dust, not even the slightest sound in infinite space. It was as if the Earth had never existed.

God does not play dice

God maybe not. But his archangels?
Who knows? …

Do not look for followers. You will have only zeros.