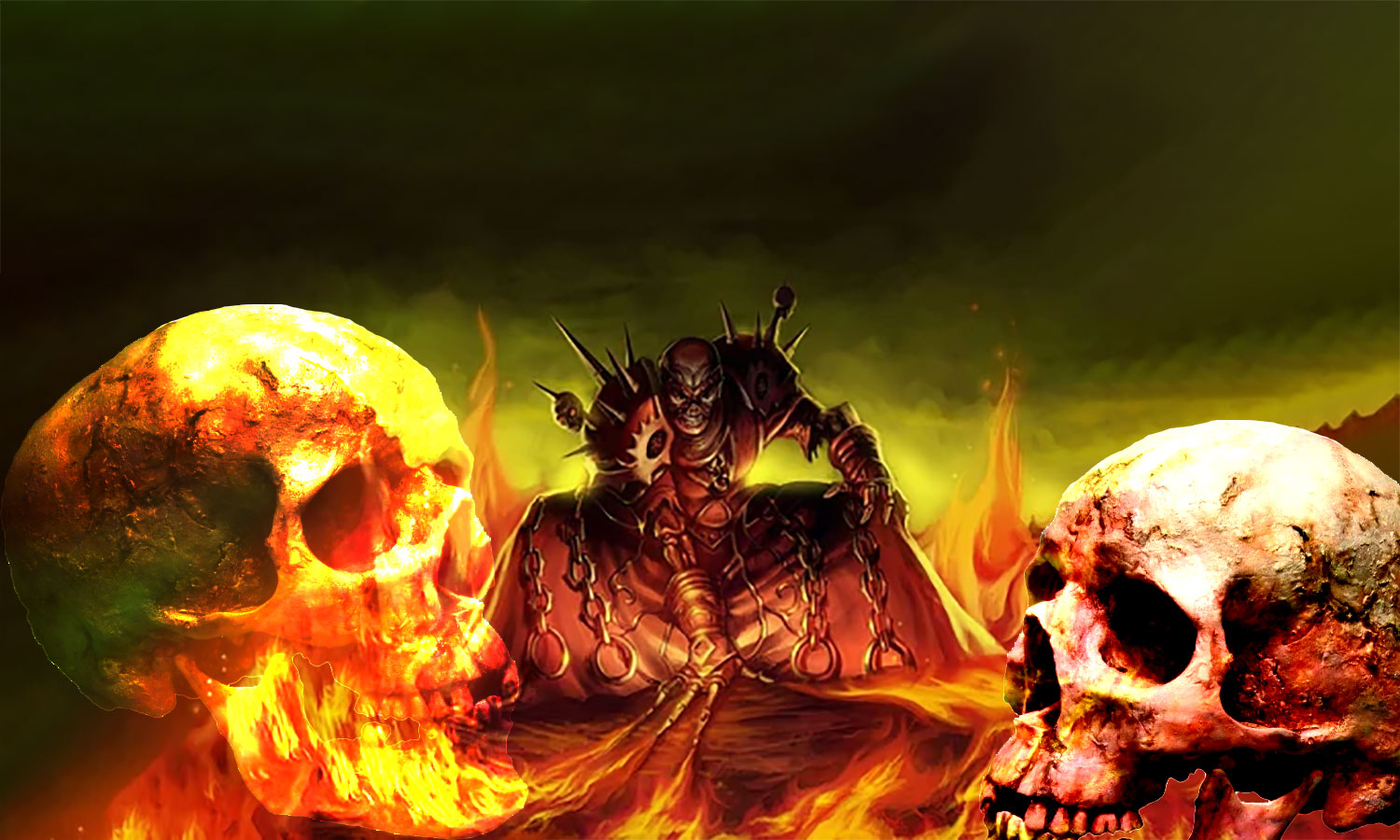 -Living your death? Is it a joke again? The pleasure of a good golden word? Another facet of the insolent Xavier? The Espelette pepper and the cooked dish? A quiet dish, in this case…

-You’re wrong Baba. The question is not there. I am talking about you who would confuse the Self with a fast food. Hermes and Aphrodite. The beauty of Hippolyte attractive and cursed. I speak on your roof. Believe or not, it is your choice. I write only for you who do not listen to me. Who cracks. Who beats you. Who quibbles more when he goes down. Who thinks he knows so well that in the end he drowns.

-Taratata! resumes Baba who does not seem to agree. To live his death!! Silly title which reeks of provocation. How about dying your life while we’re at it?

“Oh, yes,” I said. “Baba gaga, bravo. You take me at my word when I lie to the world. Okey, got a key. All right, you’re bright.” One can live one’s death out of the body it is a fact. And it is even a high fact that makes a lot of effect to the being who experiences it. A door that opens, a soul is discovered. Most people think they are smart. Wonky or smart, we do what we are told. The summer in Ibiza, the winter in the Emirates. Travel, leisure, dinner, going out, visiting, reading, dressing up, seducing, demarcated or branded, everything is priced. We think we live, we consume. Oh, the assholes that we are!

Those who die are legion. They go astray. They grope. Do they know what they are doing? But no. They go anywhere, the air is hard, they are soft, too far from what they are, their TV, their home, ignorant without reason, without unreasonable, without anything, they have no more season, prisoners of their bonds, these bonds they have forged, these people they have sucked, The energy they took today is dwindling. Will they take charge of themselves? Will they live in the end? Will they remain cloistered next to their lives?

Without momentum, without envy. Desire is lacking. The spark is extinguished. Nothing shines in these empty eyes. These traits that nothing makes do pain in the gut. Wanting nothing or being greedy are two sides of the same coin. The sage stays on the edge. This is the middle way.

Sinister they came, they will become ministers. Not you. You already know that you must aim higher. Any upstart can become minister. It all depends on the depth of its baseness and the quality of its compromises. Has it trampled enough? Has it amassed enough? Has it broken enough? Quite wrinkled? Enough denied his past? Is it low enough? Fat enough? You know what? I’m a bit confused. It leaves me speechless. How can we forget the exploits of our great servants of the State? Can we thus demean those who have served us so well, who have given without counting their whole being to build this beloved country, where everything is so beautiful, so pure, so hard, so mature, so sure, so perfect? Happy curious in a trance happy like God in France. It’s so good to be stupid. It’s so long. So do the siphons. So vile in plain clothes. Amphiguric and alone as a runner.

What are they? Ask me nothing, I will not lie. Beautiful repentance that comes from the corner. One can feel that comes from the hay. No matter how much you lie, you come a long way. They’re assholes. Assholes. Headless trunks, stiff, erect sex, well-directed libido — neuropaths, psychopaths, all bitapathes in crossed suits. Not the Crusader, the out-of-phase one. Those bastards fed me. They gave me a hard time naked on the pavement as they washed away stolen money from people’s faces. Fucking rat races. Missing asses. François d’Assise. 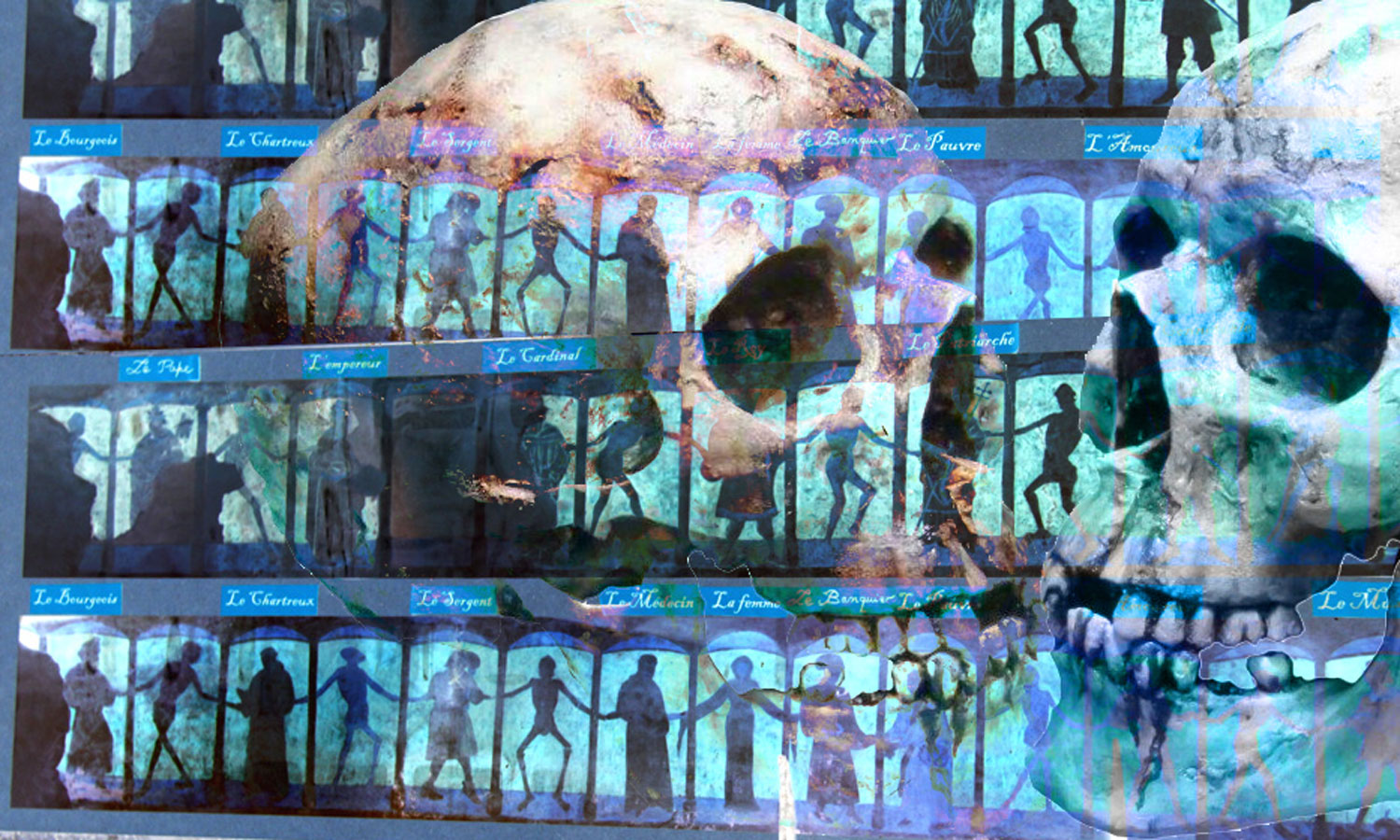 My friend the yogi told me: Live without fucking? Might as well die soon! Rather go to bed early than squirm now. I need coitus. Tumble. Beast in heat. Virgin or whore. The king drinks from the fire. Kiss? What else? The good apostle laughs at the patenos. I say: Can one build his life on life? Carry the flesh in the flesh and love only the dregs? To the dregs the hallali. Hallal to madness.

Vain is wine, fol is alcohol, sad is the drunkard prevented from touching it. The yogi became infatuated with it. The picrate to licher. The posted pirate fights for his steeple. The fly and the coachman. The mold and the rock. How to unhook it?

What about death? It’s there. I feel it on my feet. It’s leaning over me. I hear it, I see it. To forget it, must we cultivate the futile? Or make themselves useful by dressing the mutilations that the warriors make themselves like a misery without bottom under the sun that melts. Thirsting for beauty, you have never sinned. Your sins are taken away. You have never doubted whatever it cost you. Naked you came, moved you will return when your death will keep you victorious in the fight you will look at it. His gaze will tell you: soon you will go away. Damn you! You will laugh and your life will go away without how without why without mercy or thanks — there is no reason why.

Still. Hallelujah. Since we’ll all end up dead might as well die. Giving up your body for a new boom or ending up — what’s going to change? Who doesn’t exist doesn’t suffer. No self-awareness in the absence of self. Eternal rest? That’s it.

The initiation, in the meantime! Not a day goes by without being asked for it. I end up thinking I’m a vending machine. Awakening on the line. Impossible chain gang. Initiation, inaction, dissatisfaction. With no intention whatsoever. Worry sorry. Tutti Mutti. Little Lutti. Gentle gentil. Mini mouth of Minnie Mouse. House of youth, southern grouse. Fog of words lights up beyond, flashes behind, come pick it up, come by here, cumbaya.

Don’t you understand that awakening comes from you? The only initiation that counts is the one that conquers itself with a great struggle, in the rough conditions of life. It is the work you have done on yourself that allows you, when the time comes, to enjoy what you have become. Always be you. Time will heal you. And naked you will go.

Those who ask for my assistance, I do not hasten to rescue them. The strongest resolution is necessary, it is only hard fought. I am not going to chew on their work. It is up to them to row towards the treasure island in the centre of their body. In the deep valley between laughter and oblivion. You say to me: I am dead. How to live first? My life runs away without me. Someone else at home in my cramped body is living with three or four sometimes it’s exhausting so many tyrants at home who don’t miss — now I need you.

It may be that I lay another stumbling block, that I am still tracking a bit, I need to feel the determination, the solid resolution that comes from the deepest of being. I need certainty, I do not have the right to be wrong about the applicant, he does not have the right to give up at the first rebuff. If he does, he is done. Because he was not ready. Will he try another time? Well, tomorrow will tell. It is his law, it is his choice, every candidate remains master of himself, all awake will make his law at home. The candidate who insists and bites, the candidate who does not fear death, who does not love gold while knowing how to find a living and dream, the candidate who shows his desire and wants to change his life, to him I will say yes.

This record is enough for me, I have no more remorse. It’s okay. I can work to help you shift your assembly point. You can take advantage of it. You can even take three steps in the other world.

Do you feel the courage? Can you face your demons? They will attack you, tempt you, jump at your throat and I will only lend you the necessary energy
in battle. You will fight alone, I will be there only in safety to avoid the excesses of the neophyte too sure of himself. The trial is dangerous. Benign for all others, it is for you lethal. If you ever stall, if you feel pale, resist and fight. Whoever runs away, his fear will kill him. Then stay here.

Adjust your vision of the world. Overcome your deep fear. Meet your double. Swim in troubled waters. If it’s the sea to drink, then drink. Do not walk straight. Dethrone the little king in you. Reason keep when madness drowns you. You can handle it? Will you be that one?

If you answer yes without hesitation to all questions, you are ready for an initiation. 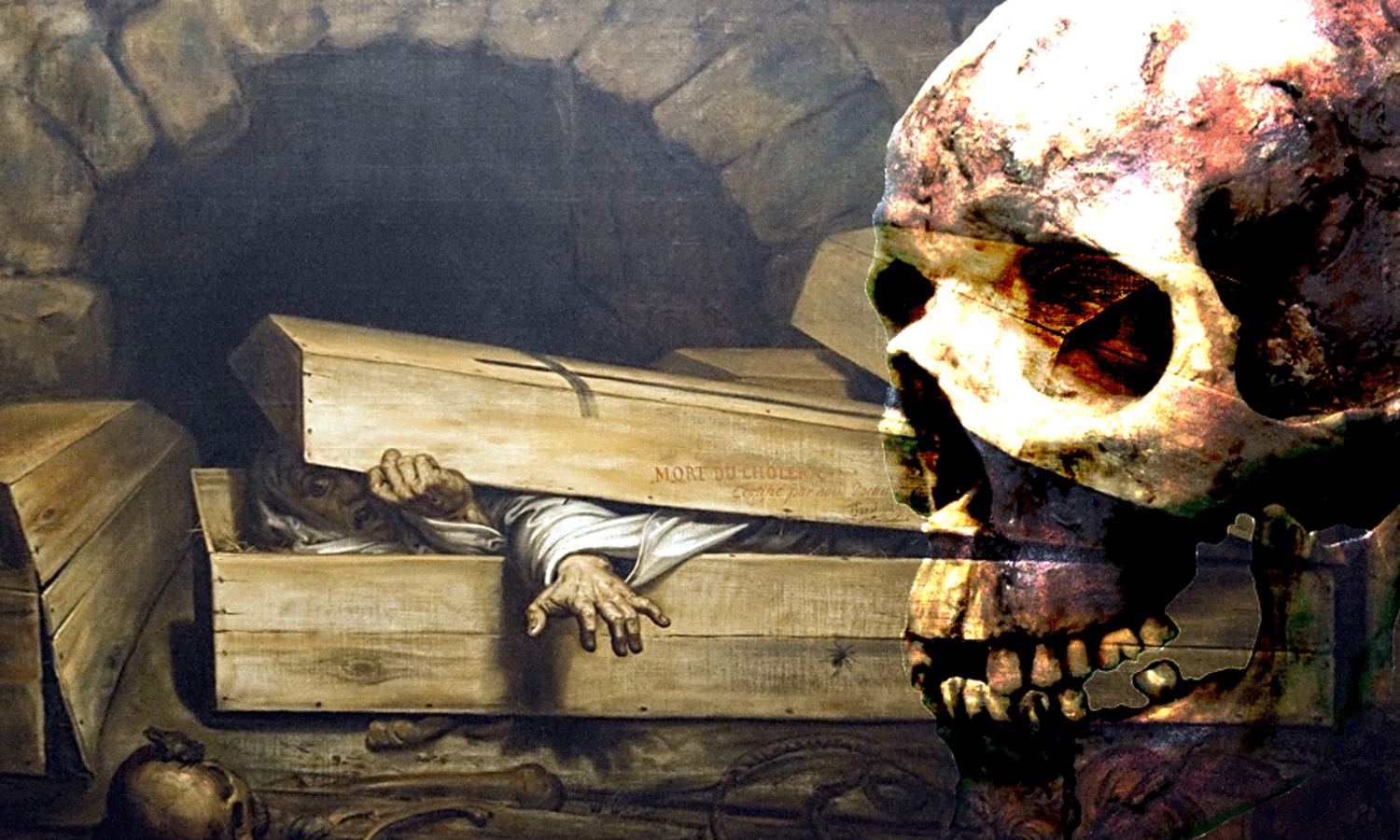 Why would you do that?

Living one’s death, why not? But first how to do? Silence. And what is the purpose? Mystery. How do you know if you can because you can’t believe it? Really, really, it makes me dizzy. I need to know more.

Yes. Keep the consciousness when the spirit comes out of the body. Accompany its unavoidable march towards the beak of the Eagle. Rush into the giga black hole that pulsates in the heart of our galaxy. And then… What do we know? Nobody has the authority to talk about it. Werber wrote a funny book, The Thanatonautes. Explorers of death. I’m not telling you, I’m no spoiler. Read the book. He is naive, acrobatic, he happily mixes all the planes of reality, the kabbalist was in trouble once again, too bad. Since The Ants, the sage has posed. The initiate rests. But let’s talk about something else.

I can only narrate what I witnessed. Nothing more, nothing less. I have the unthinkable memory of several stays in between-two-lives. This place of the astral where motionless souls go waiting for a new incarnation. The feeling I have kept? Death does not exist. Neither does life. From unreadable labels on empty jars, these big words are reduced to bulky suitcases with uncertain contents.

One can cultivate one’s life during the certainty one day of joining nothingness. One can just as well live with the contrary faith, a spirit that never goes out, whatever the mazes of matter. This was the frame of a famous heresy. Let me laugh gently. Is heretic anyone who does not believe what I believe. The last man alive in this land of misery will be one of those fanatics intoxicated with intolerance, the red hands of the blood of the last woman who believed only in love, this bitch.

They both lost everything. And so did we. Humanity lived.

Swiss cheese in the breeze

Taking his death as advisor is a famous way to leave his blinkers. Get out of his Swiss cheese. Raises the breeze. Break our hearts of stone. Spouting out prayers as a sincere believer who calls upon the Father in remembrance of yesterday. And yet let us be clear, the Head was the Mother.

The Matron was woman. The Earth had a soul. The Force was Ladies. The male was infamous. Until the centuries of Ram.
Special dedication

Finally, in the end, we had to have talent to be old without being adults… (Jacques Brel, La chanson des vieux amants)