The Greek poet Hesiod shares the history of our species into five successive agesEden Saga has taken up this partition in five humanities, not quite as Hesiod did, however., the age of Gold, Silver, Bronze, Heroes, and Iron, we are still in… on borrowed time! This division was known in Asia but not the age of Heroes, which seems a Greek establishment.

On the above reconstruction, one can see the precise size of these five humanities. Before their destruction, the Buddhas of Bamiyan were only two, the giant of 54 meters, and, further, another of 32 meters. In the past, there were three others, visible on the scale: one of 16 meters, one of 4 meters, and finally one of 1.80 meter. These are very ancient sculptures giving the sizes of the five mankinds.

The myth of the successive ages of mankind appears in The Works and Days of Hesiod, immediately after the myth of Pandora. This succession of ages is not progress, but a decline. Hesiod describes the humanities increasingly dwarfs, more and more away from the gods. For once, here is a Greek who does not believe himself out of the thigh of Jupiter! He remembers the ancients, he knows what Greece owes to the previous civilizations. Hesiod probes souls and hearts in search of true human nature. In the heart of the conflict between humans stirs Nemesis –ie Divine Justice and Hubris –ie excess or drunkenness. The decreasing hierarchy of  the Golden Age/ Silver Age/ Bronze Age/ Iron Age is not an invention of Hesiod.His originality is to insert the age of Heroes between the Bronze Age and Iron Age.

This myth is a testament that the gods have left us. It is found almost identical on all five continents. It teaches us that there was no one humanity, but five different versions, more and more distant gods and Righteousness Way Fair, Nemesis, increasingly delivered in excess of Drunkenness , Hubris. The first two versions of humanity, the Cyclops and the Giants were created by the Titans. The takeover by Zeus corresponds to the annihilation of mankind money, ie the Biblical Flood. 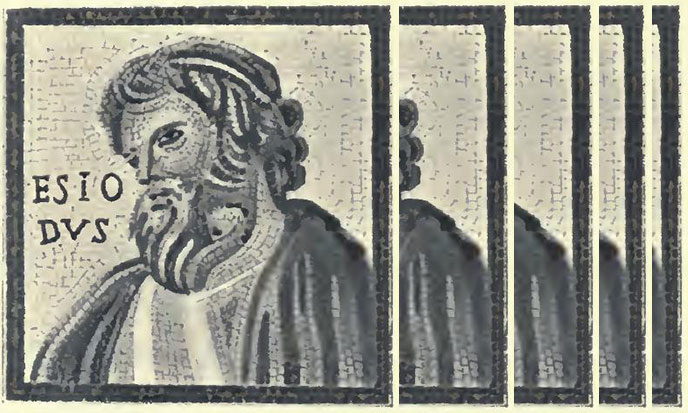 Let us try to decipher this using the divine method that gave us Plato himself . An imaginary dialogue will allow us to unwrap the baby. Here’s the official version, that the Former Gods seeking to impose on us (and here in parentheses is the version of men, much less known.) The golden age was a harmony with the gods without rivalry. (That is, the part of men, the most slavish obedience to the whims of supermen who exploit them.)

The Nemesis, or the right path, is at its maximum. (That is, men are perfect poodles, the gods have created for that, so the gods are happy)

The Silver Age ended in a final explosion of excessiveness (That is, the intoxication of the courage it took for the men to stand up to their tyrants) when men despise justice of the gods. (That is a total injustice to men, their minions) The hubris, excess, hit men for the first time. (That is, calm down guys, the Gods will eventually get angry!) And when a disaster we fell on his back, the pseudo-gods made us believe that it came from them.

The Bronze Age is a disproportion war without respect for the divine justice. The men are cut from the gods. (That is, men are freed from tyranny. Carried away by their enthusiasm, they make war among themselves and against the giants, orcs and all the pseudo-men that false gods had left behind.) Excess is the norm, much to the misfortune of Men. (That is, we are glad that our tyrants are all gone to hell. So, we made the morons, it’s human.)

Finally the Iron age, our present time, is a time where good and evil coexist, a time when men must choose between the right path and excess, with the threat of a victory of the latter. (That is, please stay pending the return of the gods, because they will return soon, you all will have to rush to their service as before, or else!) Sure if the gods tumble as they have threatened us once, and that we are freed, their ready flanked the meal, it would be chaos. But it does seem to be on the agenda. 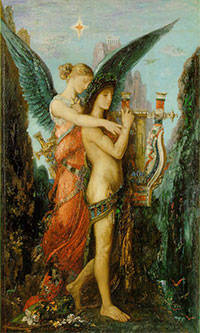 Some authors believe that Hesiod’s account may have been influenced by Persian tradition like. Which itself would have reproduced the Chinese tradition of declining age, and the Shivaic story of Four Yugas. This view is not realistic. If different traditions relate the same story, isn’t it more logical to think it did happen? But our historians have such a distrust of myths and legends that for anything they would agree to absorb it further. Too bad for them, who deprive themselves of many nice surprises.

First lesson: our global history tells a decline, not a progress. This law is not limited to corporations, it applies to all material areas. In physics, it is called increasing entropy: the growing disorder, the infinite increase of the disorder. For physicists, it is as if an initial ordervery hypothetic! was damaged by a bunch of diverse and varied factors, all of which targeting a single goal: to blur the original image, to change everything all the time, in a word, to deteriorate.Is it any wonder that young people do graffiti on walls?

Second Lesson: The initial order, in the myth, is the work of the gods who went to trouble to create all the stuff to make it work. But the creature has put his roar in, it went wrong, and entropy did the rest. Entropy is a physical principle, the second principle of thermodynamics, which wants everything to degrade. It is the measure of the disorder that increases with time. It is clear that the vector of physics goes from order to disorder.

However, according to the same physicists, the beginning was not the order, but the chaos of the Big Bang. That is a problem of elementary physics: how can the universal and permanent increase of disorderthat’s the status of entropy create order from an initial generalized disorder?

It probably took more than three external intelligent interventions, it took countless fairies watching over our cradle for humanity to arise, absolutely ignorant of its origin and its status so particular in the universe: a species created by another species.