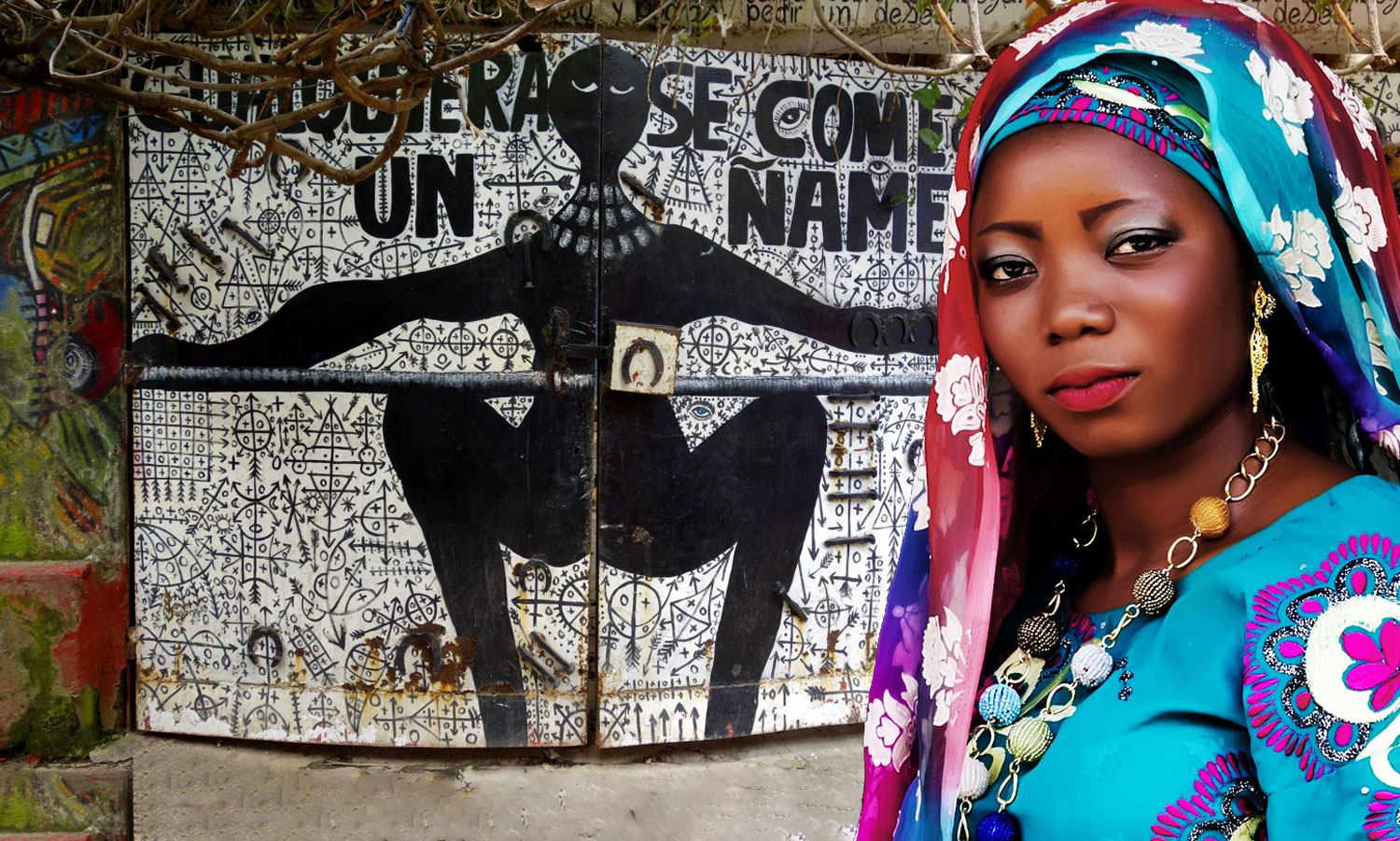 Westerners think they are the champions of rational thinking, pride of intellectuals. Rational thinking is logical, rigorously right side,of the body, not of the brain! enemy of the imaginary and of the nagual. Limited to the left hemisphere of the brain, it limps down a merry-go-round – all but merry! Another way of thinking is possible. All but naive, more delicate to practice, but so much richer.

Western thinking is self-centered since ancient Greece – which was probably much more ignorant than we have been told. On this side of the world, the ancient Greeks, like the Hebrews and the Egyptians, had access to many texts and devices that have now disappeared. The calamitous destruction of the library of Alexandria deprived us of many surprises. Dozens of other libraries were destroyed, out of ignorance or fear of what they contained.

All the wisdom and knowledge that we attribute today to Greece actually have multiple sources, long before the Hellenes. We have only received bits of it, at random from the quotations of the ancient authors- quotations they had not always understood, or which they fathered shamelessly paternity.

If we had disposed of these pre-ancientI know it is strange. What else could I say? sources, we would probably not have this narrow vision of the world, of its glorious past, unique future and true nature. But these precious knowledge is lost, we must do without. My solution: time travel. You don’t need any machine or gadget, don’t need any magic formula, prayer or invocation of any kind. Time travel is not technologic, on the other hand time travel does not obey any ritual. Magic can be white or black. Prayer and ritual are closely tight to black magic. I don’t like it. It is not necessary to use all of our powers. We have the right to choose the sunny side of life.

Okay, so how to get it? It’s automatic. It is acquired to the one who needs it when he receives the grace of enlightenment. Yes, grace. It is one. The most beautiful in my eyes. But no merit attracts grace and gifts. I do not believe in karma. I do not believe in holiness. Why does this one wake up at 12, while the other sleeps all life long? Why does this infant incarnates awake, while this old man dies in his sleep?

The gifts we receive are similar to Christian grace. That’s why, with every donation I received – I’ve received a lot – I never forget to thank. Who ? I do not know. But I always thank. It is the Catholic thanksgiving attitude, or the Protestant Thanksgiving day. An excellent thing with no risk – except for turkeys! Contrary to the invocations or nominal prayers. You never know to whom they really reach, or who they will feed.

This force us to face the miracles that magical thinking can accomplish. If I search only for cause-and-effect relationships, I am in logical thinking. So, to take the language of Carlos Castaneda, I am in the right side. He talks about the right side of the bodyand the subtle body, which is the brain’s opposite. He is talking about the left side of the brain. And body. According to Flornoy, that is the seat of the unconscious, especially in the microbiota.

Yes, stuffed men, we also think with guts. Not you, agreed. But some of us do it, they don’t know how. The meditator who empties his mind, the awake who continually keeps in alpha, the wizard of the nagual who stops the world – so many descriptions of the state of non-thought! It is thinking beyond the rational, beyond brain algorithms, it is thinking without thought.

We also think with guts. It reminds me of this funny incident during the Third Encounters of Erquy.see photos below I had begun to describe the different ways of placing one’s voice for singing. I described the importance of the height of the air column in the body. Some sing with a voice of the head, others with a voice of throat, others still with a voice of chest, others finally sing with the belly. That’s what a singing teacher will tell you. 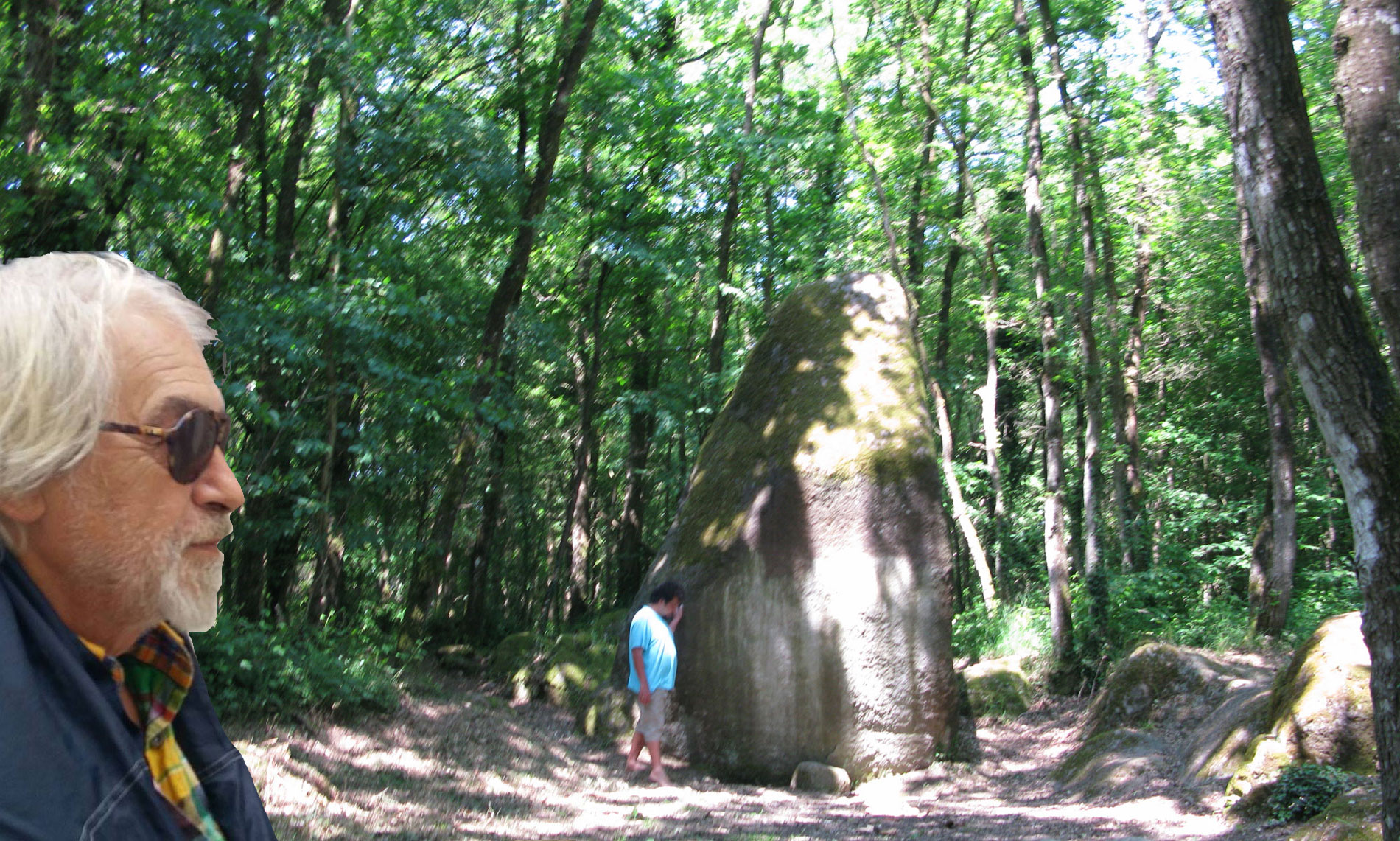 I do not agree. The air column can start lower than the belly. At the height of the sex chakra, for example. Janis Joplin is the illustration. Barbara too. But his stifled and often hoarse voice made the column of air swing from sex to throat, which broke the impulse. On the contrary, the powerful voice, the cry of Janis illustrates the sound that comes from sex.

There is even stronger: those who sing with the basic chakra. They express in their song the whole of the column of air, from the perineum to the throat, the tongue and the lips, which shape and shape the deep breath. The same Piaf, for example. Who became the great Edith, tiny on stage, gigantic in the room. It’s not magic thinking, it’s just magic. The white witch knew it. From puberty she has not stopped practicing haunting, bewitching magia sexualis,sexual magic. Madame Piaf was an exceptional performer, doubled by a gifted heartbreaker … and heart broken.

Carried away by my impetus, dizzy with my flow, I made this confession: I do sing with my ass! Which is true, but not as they heard. They did well to laugh at it, I’m much more funny when I don’t intend to. Talking about Soul Encounters, the next will take place in Erquy, Britanny in April 2019. Request information and registration here, specifying the purpose of your message. No previous program: everything happens as it comes. Powerful emotion, plenty of love and care, beautiful seasight  and soul food. 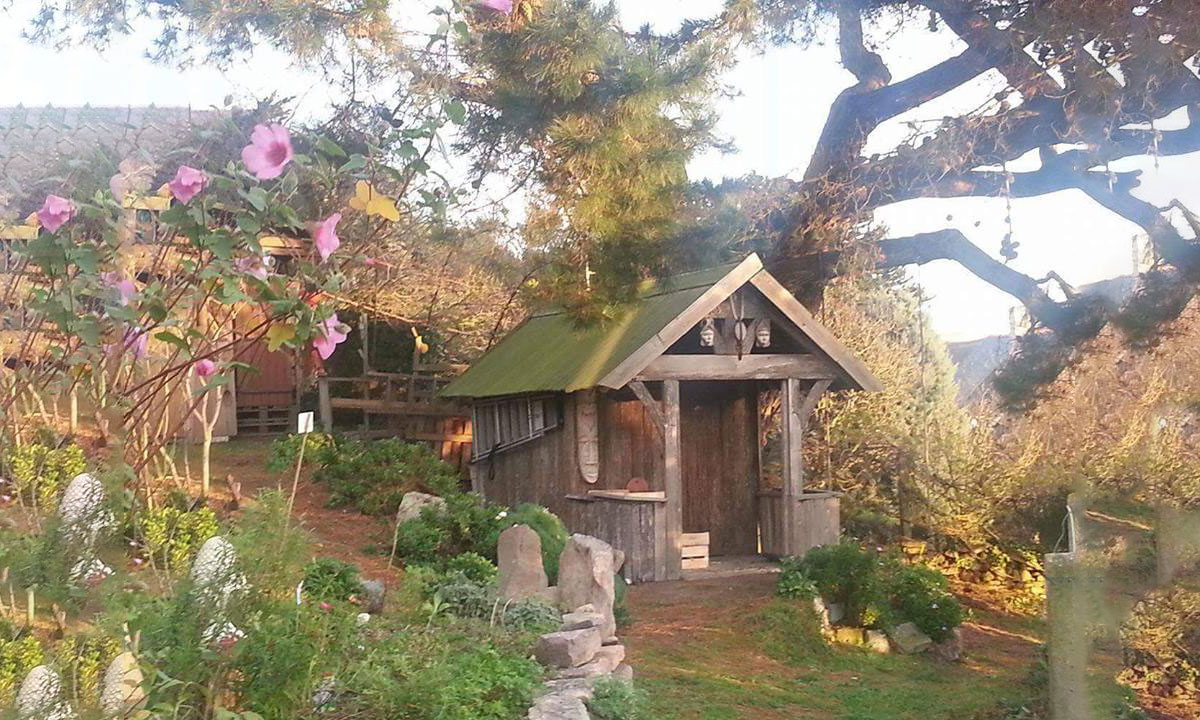 Will there be question of magic thought? Why not? Wait and see … Be sure magic will be here ever. Magical thinking is very badly considered by those who never use it, while it fully satisfies those who use it ever. Psychologists in particular are quick to criticize what they take for a manifestation of ignorance. The ignorant, in this case, are those who condemn without instructing the trial. Those who dismiss without knowing. Those who refuse without trying to understand.

To experiment magical thinking, first you must not be neo-Freudian. It is necessary to give up the fariboles of this obsessed maniaco-retrograde, walled in his engrams and his obvious blockages. Then you have to deliberately turn to Jung, his brilliant and sensitive contemporary, whom Papa Freud’s emulators reject because they do not understand anything about. Just like Father Freud did in his day …

Here is a magnificent example of the ignorance and sufficiency of psychologists, to which many intellectuals are linked. It is a criticism of magical thinking – without nuance, without finesse and strictly one-way.

“Who has never believed in the will of the spirit, or in some symbolic action to influence the course of things? In their imaginary world, children have the illusion of a magical power. According to Sigmund Freud, this is an essential stage in our development: the means of accepting the harsh laws of existence, beginning with the consciousness of our helplessness, and the prohibition of certain desires.

These poor invalids of life are so prisoners of logic, so petrified in matter that they have lost sight of the essential. The soul that produces eternity in the hollow of the moment. The mind that releases chains of matter, conditioning and karma. The heart that gives wings and opens us the reign of unconditional love. The will power that comes out of the belly and illuminates the aura. The vital impetus that finds in the being the energy that is missing in the universe. This missing energy that physicists vainly seek. They can search a long time, it is not where they’re looking for …

Let us take up point by point the criticism of the magic thinking. “Believed in the will of the spirit” is badly said. The will does not come from the mind or spirit, it gets out of the body – body knows infinitely more things than the head – especially the pseudo-scientists’ head. But it is undeniable that the mind/spirit acts on matter. To refuse this evidence is to bury one’s head in the sands. Be sure that they are not quick …

The text enchaines a blunder by evoking “some symbolic action to influence the course of things”. They dare to mistreat a supposed symbolic when they are practicing the worst way every day on their couch. The symbol is the explanation that explains nothing, the ultimate resort for lack of solid argument. When they do not understand anything, they invoke the symbolic. When I hear symbol, I loose my temper, and the world stops. When I hear magic thought, I hiccup with disgust. Magic and thought do not mix. Sex and thought either. Live and think ditto. This is why the Cartesian cogito is a perfect misinterpretation. Descartes should have said, “I think so I am not.” Existence explodes all systems,quote Soren Kierkegaard and chiefly thought systems.

When the author of the critic adds: What happens next to these superstitious thoughts? I fail to laugh. For any sensitive, it is all over. The following paragraph lists the failures, the renunciations, the abandonments this diatribe’s author holds for the norm. This jerk and his fellows consider that it is normal and healthy to give up the splendors of childhood, giving up the ordinary magic that makes each day the most beautiful. Such an enormous norm makes me freeze to the bones.

For them, it is salutary to resign oneself, to return to the ranks of zombies without heart and without inner flame, to admit defeat, which, let’s not doubt, greatly suits our elites who swear by the social order by omitting their own moral disorder. These people have only the human name. It’s been a long time since they died, but the unfortunate do not know it. How could they have the least skill to speak of a world forever inaccessible to them?

Magic, the true, is inconceivable, so un-conceived. Is she only thinking? No. She comes from the body. We do not just have the brain to make sense. Besides, does he produce it? I doubt. The brain is content to capture movements, structures and thoughts that come from elsewhere. I see the brain as a computer responsible for translating into acceptable terms the flashes captured by the aura, which is an accurate reproduction of the multiverse. This is why we can not say “I think” like Descartes, but rather “it thinks” or even better: “I am thought”.

That will shock the ignorance of the intellectuals. And crumple their unbearable sufficiency. As if their heads could understand anything about the irreducible miracle of the multiverse. Magic is everywhere, just open your eyes to be convinced – which should not be written in two words, unless it is a psychologist. He has eyes to see and ears to hear. But he only hears old freudains. He only sees through the distorting filter of an archaic creed. Unhealthy. Exceeded. SIC Transit Gloria MUNDi. So passes the glory of the world, Sigmund.

How long will it take to endure these booby boobies? There is police repression and psychotic suppression. Society expects the psychiatrist to keep them on the zebra crossing. The psychiatrist does not expect anything from his patients. He treats them. Are they sick? Or is it he who is? Without them on, the world would be very dark. Without the illuminated, we would be in the dark. Blessed be the cracked ones, because they let the light pass. 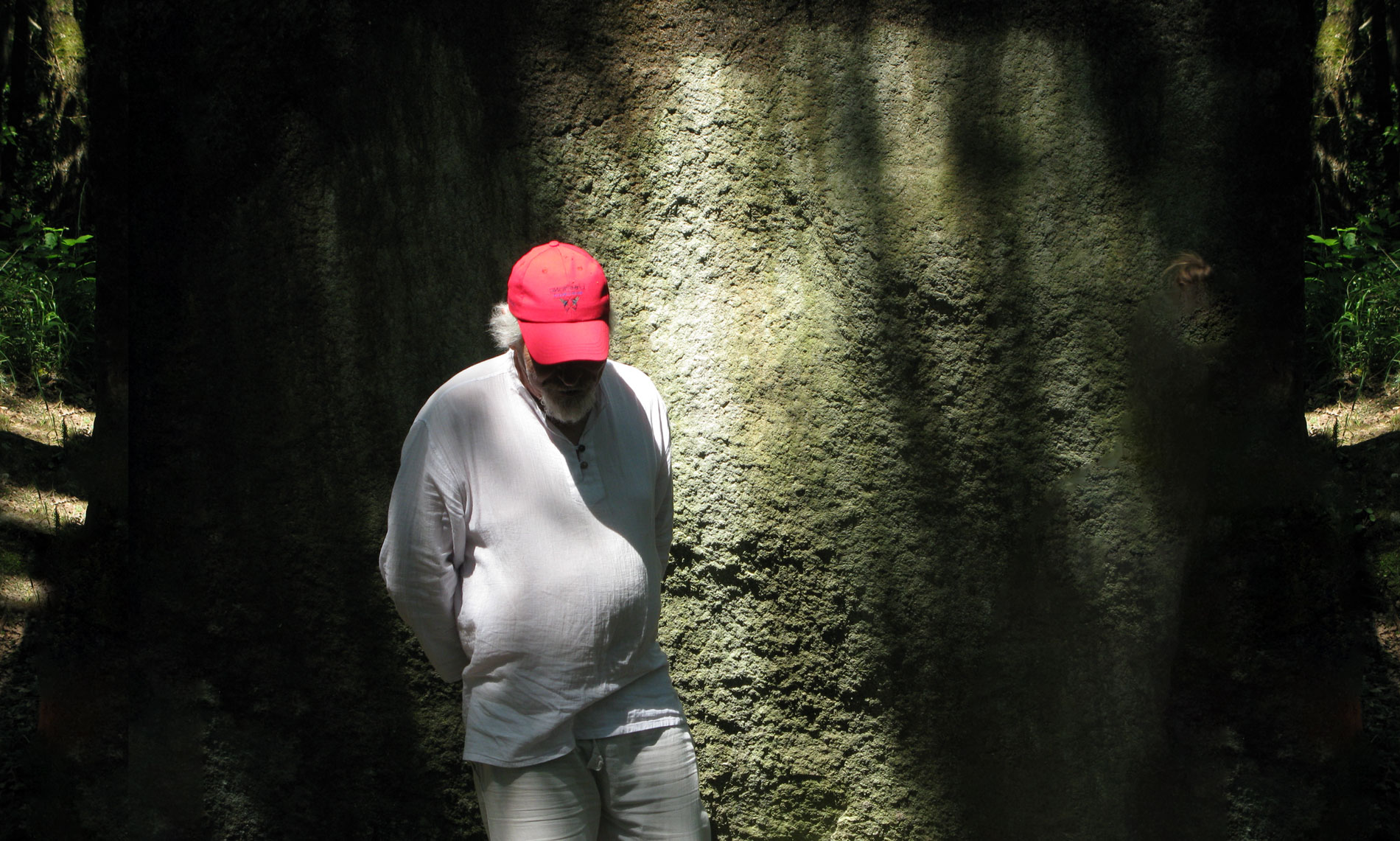 We believe we lead destiny, but it is always destiny who leads us.