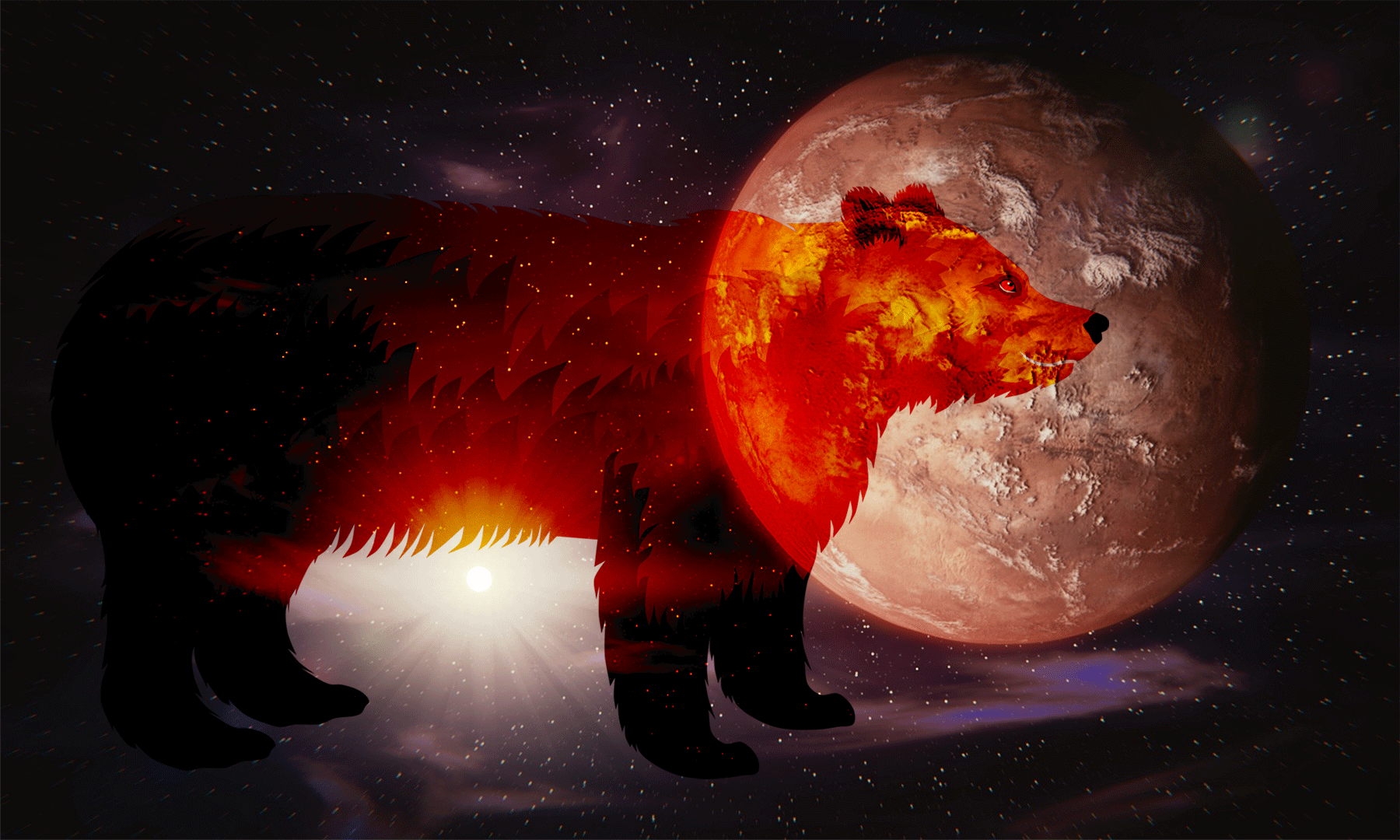 Damn Martian mutants! On March 22, 2048, after much procrastination, seven people of three sexes landed on the red planet. With no hope of a return, they have settled down over time. And in discomfort. Prisoners of immensity, they watched a spark shine barely bigger than a distant star, the Earth.

And on Earth, we began to scrutinize Mars, sending love and kisses to the heroes of this distant colonization. They even received a pleasant nickname: the Ides, derived from the Latin id, which means gender neutral. Thus speaking of them, we did not offend the females, nor the males … nor the females.

There was only one for the Ides at the beginning, everyone liked it, Neo-Disney even made a successful series of it. At the beginning we watched every communication, especially the images. But Mars is monotonous. Nothing spectacular.

Over time we started to talk about something else. The thousand torrents of news rolled down steep slopes. The attention is fickle and the subjects are not lacking … The Terrans have forgotten the men of Mars.

The Ides of Mars

So the Ides launched a titanic project. Build the highest observatory and the farthest from the home planet. Selected site: Olympus Mons at an altitude of 22.5 km. It was scheduled, but for later, the Ides were able to move the construction forward because they collected enough silica from Mars to melt the optics.

They still had to melt it. They used the model of a particle oven, enlarged 50 times and reproduced using a 3D printer. The construction planned to last 7 years was completed in 5. The images obtained by the DIY optics were blurry, uneven and completely unusable for scientific purposes. But the Ides had no scientific project. They just wanted to be talked about. A political buzz. A big splash in the media pool.

During the five years that the construction lasted, the Ides demonstrated an unlimited ingenuity every week to promote a micro achievement, an adventure, even a failure, all sprinkled with a universalist verse on the great people of the Earth –which was so timely when the election by universal suffrage of the first President of the Terrestrial and Extraterrestrial Union was being prepared.

Sonn after that we learned on KOOL that the Prime Russian was withdrawing his sole candidacy for this election. No reason was given. The Russian social network KOOL (KOmsomol On Line) is very influential on the whole young planet. In a few years, in a saturated but volatile market which is that of social networks, KOOL has carved out the very first place in the world in the sector.

Yes, well, piss off, we will have to reorganize the elections. Fifth time the same, the single candidate withdraws at the last moment. We went around the megalos, the Russian was well placed given all the territorial annexations operated by the Bear Clan on the neighboring republics. This phenomenon of sinister memory reminds the little moustache fucking clown in the middle of 20th century. It had to be stopped at all costs.

This is why the World Union was becoming extremely urgent. This is why the Russians made it a condition: that the future president be Russian. But something went wrong. The Russian played the bear. Now he hibernates in the taiga. He doesn’t care about this bloody Union. He is going to do it all by himself with his Chinese friends. To spare: they are farted with money. Also to be moved later … to better pick up the Yellow Rice gold before the Bratwursts.

Let us leave the madmen to their madness, and return to the Ides. Crazy people too and of the worst kind. But who can escape madness these days? 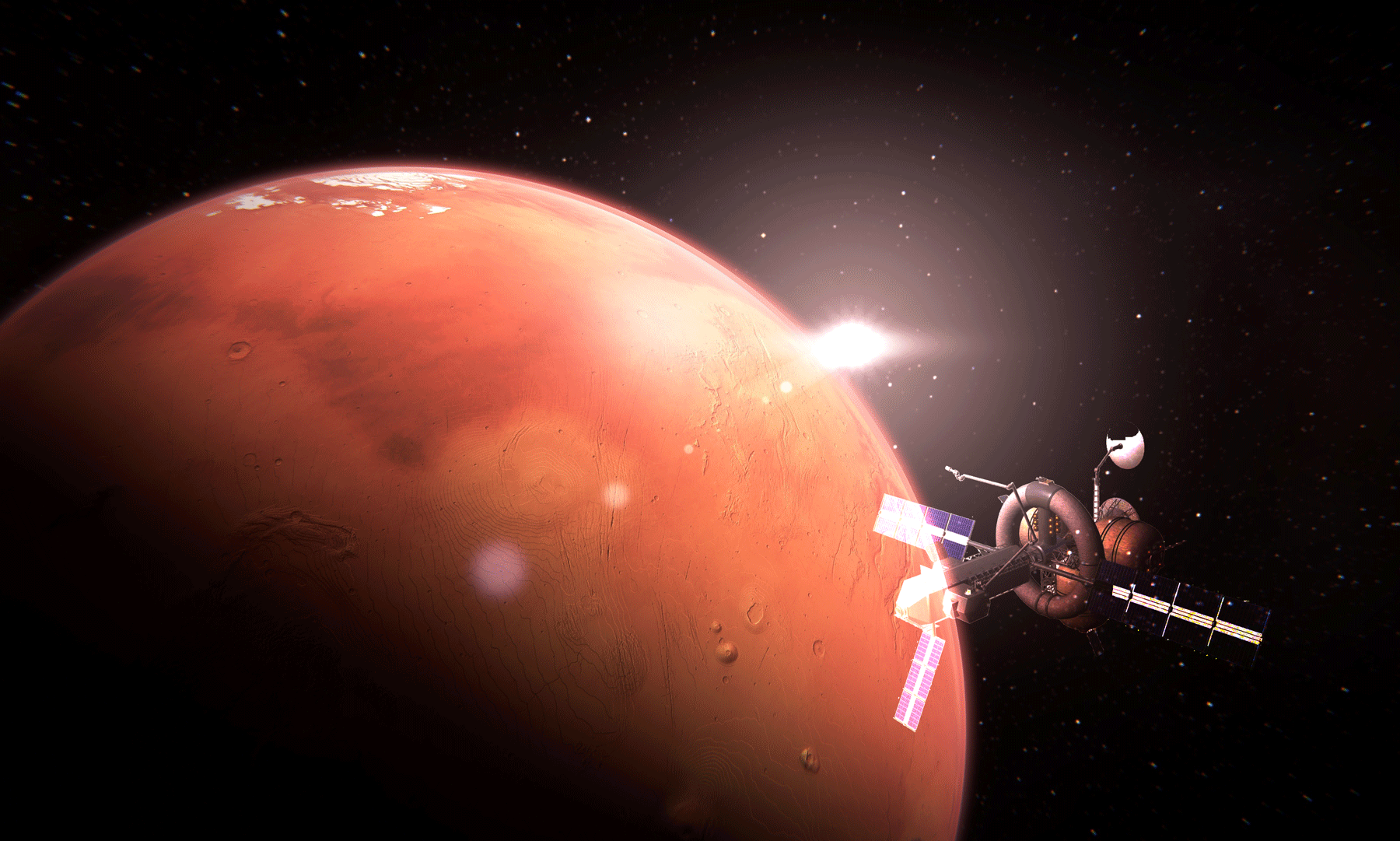 The Ides of Mars have not been idle since their first installation on the new inhabited planet which was to become their tomb. They gave up everything that made their life. Family, friends, hobbies, landscapes, beloved places, languages, cultures, and above all, above all! Constant proximity to a crowd of people, known or not, often not … This is Mother Earth: lots of potential friends that we totally ignore, until we have no more potential friends . Just a few friends in heaven …

It turns out that this colonization took place under the aegis of the West. China and Japan, Korea and Taiwan actively participated. But the Russian Bear remained locked in his dacha. He secretly nourished other projects on this subject …

The Seven Ides had two Americans, a German, a French, an English, an Australian and a Chinese. The sexes were distributed roughly according to the genders indicated in the preceding sentence. With the exception of females: an American and an Australian. I’m telling you this since I know, but it doesn’t matter much in this story.

Could you see me embarking you in the intimacy of Ides! Not my style … There will be no question here of the least of their sexual desire …

Unexpected, yes, but above all super effective. The Kremlin bear played its connections and the Ides were surprised to see a large craft coming, of non-terrestrial origin, which circled Mars several times, focusing on current constructions and various temporary camps for voluntary exiles.

After two days of observation without radio contact, the machine landed not far from the main base. The visitors were cordial, even warm, in their strange way. These people remain impassive no matter what, and don’t seem to feel anything. They have a hard time expressing anything resembling friendship, but they have the best intentions and come to bring comfort and rapid development for no consideration.

The Russians are well introduced to the Galactic Federation, the aliens explained. The Chief Bear urged his alien allies to give all possible help to the unfortunate forgotten. Then began a fruitful alliance. The aliens brought rapid development and technologies still unknown to Earth, while the Ides brought their emotivity, their guts, their feelings, impressions and feelings – all of which the Aliens of GalacFed were totally lacking.

Thanks to the aliens and their precious technology, the Ides soon had the means to time travel and instantly teleport to any part of the multiverse. It was then that they made a surprising request to their alien allies. Is there a way to block the timeline? That of a person? That of an entire country? That of a planet?

Yes, so far it is possible. The planet disappears from radar screens as if it no longer existed. She’s in an invisibility bubble. For its inhabitants, nothing has changed except that the weather does not bring anything new. Everything repeats in a loop, indefinitely, until the timeline is unlocked. But that’s another story …

The Ides had their vengeance. They came back to Earth. They stopped time there. They froze terrestrial evolution at the stage of development reached in 2048. But time continues to flow despite the dams. And the Earth continued its evolution without its inhabitants remaining stranded in 2048. A sort of generalized confinement, insensitive but indeed effective.

So the Ides took possession of this virgin land, unoccupied but how cheerful, where they have all the room, all the future and all the leisure to live the good life. They have just offered themselves a future that is infinitely more cheerful than the one to which they were doomed on the savage Mars. Nice revenge for handsome bastards.

Yeah … It was without counting the Bear … He has long prepared the installation on Mars of the new Russian Federation which brings together the 6 billion inhabitants of the 57 member countries. They are a bit packed, but hey, it’s okay anyway. How could they have known that their future would be so short?

Fifteen days after their installation, the red planet began to shrink to the size of a half moon … The Ides, leaving Mars, feared that their facilities would be useful to others. So they had asked their friends from the FédéGalac to weave this space trap to shrink the planet. Relegated to the rank of asteroid, Mars lost all interest in any colonization.

But the Ides knew nothing of the Bear’s plan. None of them could have foreseen that colonization would happen so quickly with so many settlers. No one could have suspected that the tiny Mars was going to become a death trap for the six billion newly disembarked comrades … Standing against each other in their six billion space suits, they occupied precisely the entire surface of the little one planetoid … 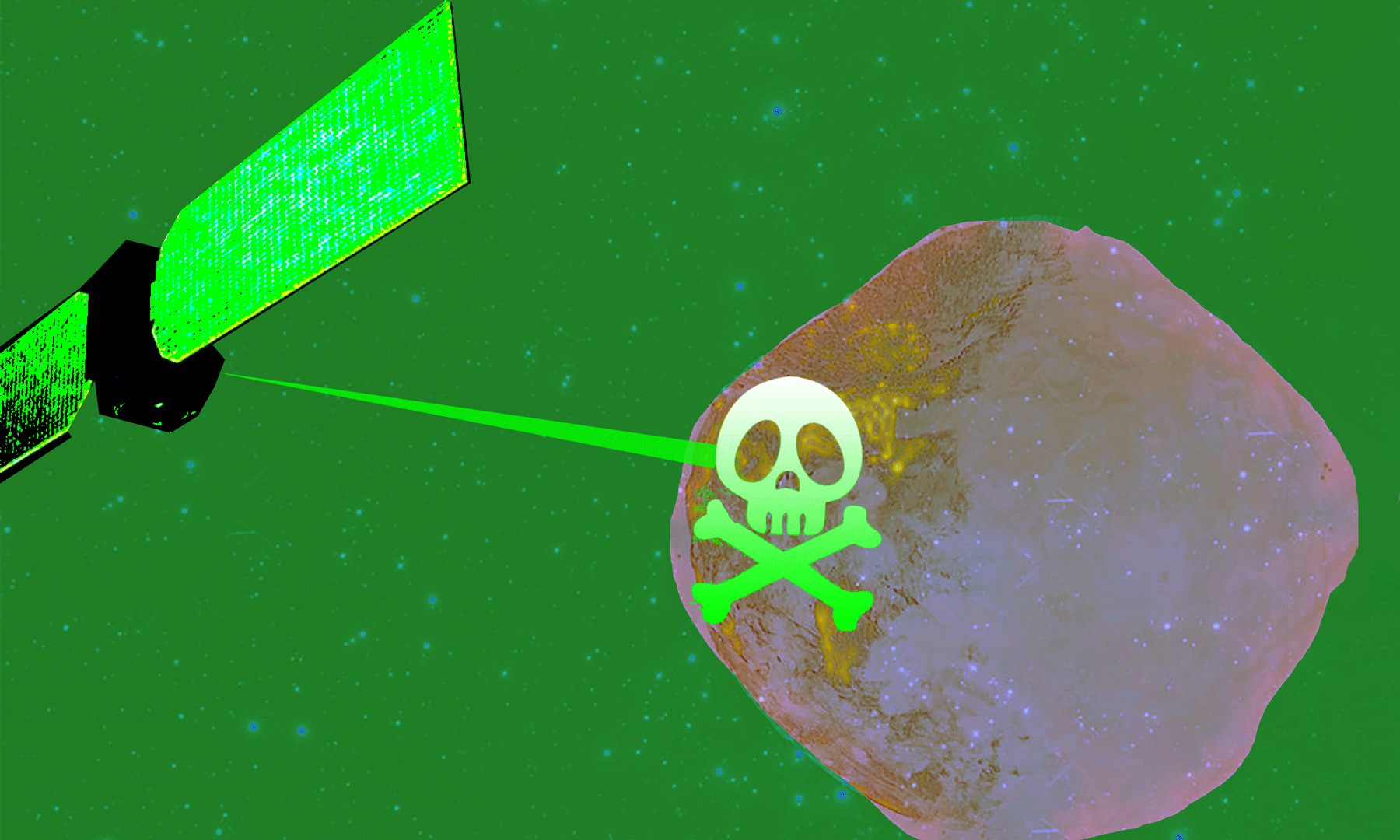 Twenty years later, Mars was renamed White Rock. Seen from space, this is what it looked like. White was its appearance, for the entire surface of the asteroid was covered with six billion skulls and bones. If human skins can be of all colors, the blood is always red and the bones always white.

In any case, if you still have something to do on earth, hurry up. In 2048 it will be too late. The terrestrial time stamp will be reset forever. And humans will be robotic forever. The worst danger comes from the future, I’m telling you. Damn Martian mutants!