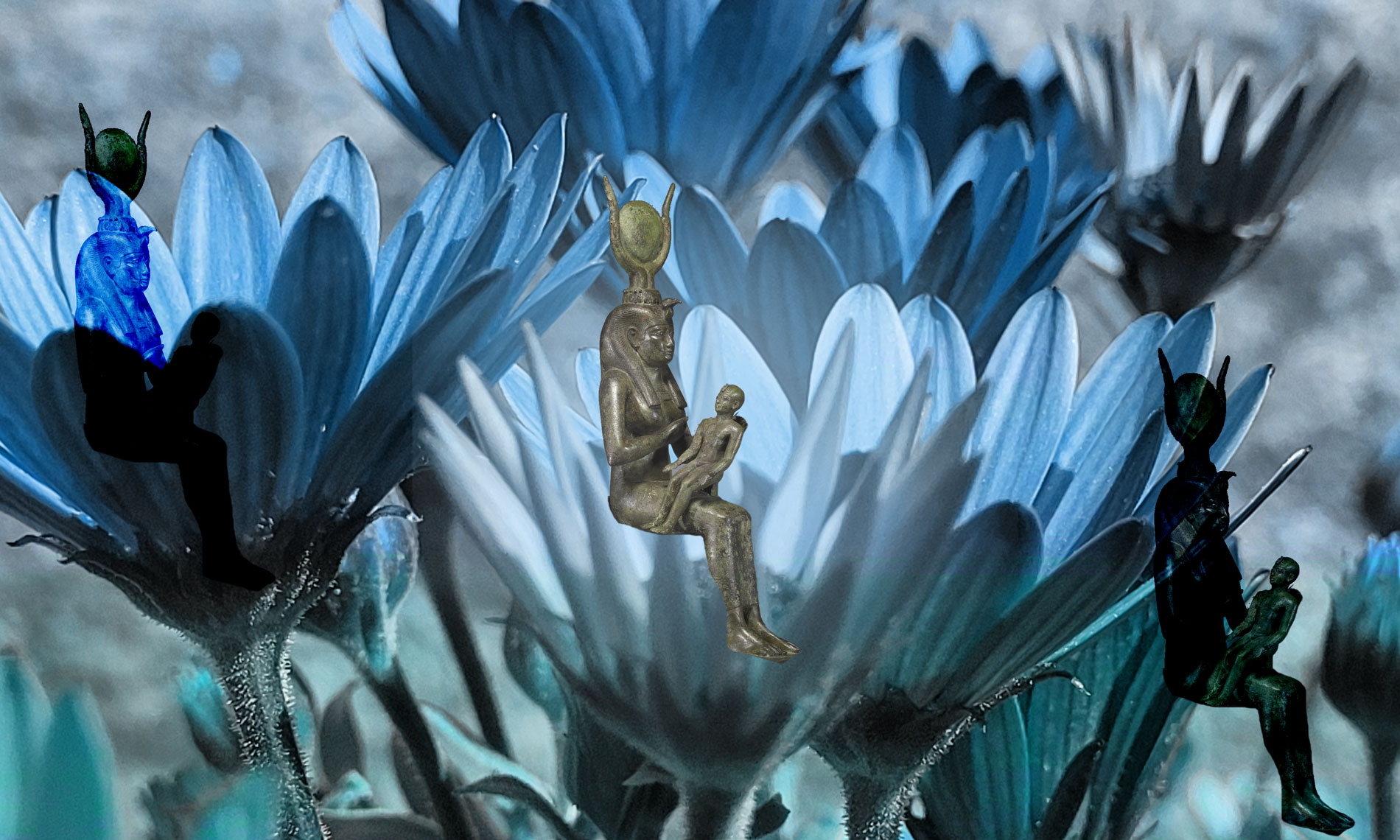 Reading the prayers of my childhood with an adult eye, I make strange discoveries. The Our Father says: May your kingdom come! Come on! The reign of Yahweh Zeus has not yet arrived! Woe is us. The Heavenly Father has been on stage for millenia. And his reign is yet to come! Pity.

Meanwhile Queen Isis keeps an eye on his sweet people that we are. I might as well admit, I’ve changed. Refurbished. Everybody has to change over time. I’ve made myself freshly laid. A clean, vaccinated 73-year-old baby. Wanna adopt me? You prefer to adopt the Eternal? You don’t say. Has the Lord changed this much?

After 4000 years of sustained efforts, the almighty god couldn’t seduce the earth’s population. Nonsense. The hero of a book that has the absolute sales record, by billions: the Bible — ie the Book. Protestants put it in every drawer! What a flyer! What a flair! What a flip! What a flop too. Only the Protestants still read the Old Testament. Either you lose your time, or you lose faith. Not my case: I have lost faith a long time ago. No connexion with the Bible.

Many Christians have lost faith like I did. They have not read the Bible. They have chosen to serve another master, the god of the time. In the name of the pecze and the money and the holy profit, bring!! These Christians find the money less abstract, easier to serve. And to use it. You think you’re dreaming! This world is crazy, it’s a madman who tells you.

No one can serve two masters. Either he serves God or he serves money. (Jesus)

You think you’re dreaming, it’s a nightmare. How do you explain this vertiginous descent into denial, ignorance, stupidity and soon nothing? How? I’ve said over and over again, beware of the mind, thwart the programs of the brain, cut off your head, seven billion Earthlings have taken it literally.

The Bible is all to the glory of our father who is in heaven. I found where. At least I believe him. In Alcor, the minor sun of the most famous constellation, Ursa Major the Great Bear. Alcor’s third planet is called Ur and that’s where they came from. Our father and his friends, he wasn’t alone. He had staff under him. Legions of angels. Serial killer cherubim, mass murderers and exterminators of human-infested planets like ours…

Our Father in heaven, may your name be sanctified, may your kingdom come, may your will be done on earth as in heaven. Give us today our bread of this day. Forgive us our offenses, as we also forgive those who have offended us. And do not let us enter into temptation but deliver us from evil. Amen

This is the Catholic version read and approved by France and Vatican ecclesial authorities. We learn that Yahweh Zeus is in heaven. I told you exactly where: on planet UR, star ALCOR, constellation of the Great Bear, URSA MAJOR. His will is not granted on Earth, normal, he is far away. But learning that it is not granted in heaven, shocking! Up there he is at home, right? So he’s no match. He’s a general in the Army of Angels, not an attending. He usurped the throne of aging Rama Baal.Since then he calls himself the boss, but he does not make the law either at home or at home. Some kind of interplanetary looser…

So how could he give us bread? We regularly lack it, the great famines attest to it. And if they forgive us we offenses as the humains forgive each other, we understand that it messes up serious. The pardon rating is in free fall on earth as in heaven.

Our Father in heaven
Stay there
And we shall remain on earth
Who is sometimes so pretty
With its New York mysteries
And then its mysteries of Paris
Worthy of the Trinity
With its small canal of the Ourcq
Its great wall of China
Its river of Morlaix
His Cambrai nonsense
With its Pacific Ocean
And its two pools at the Tuileries
With his good children and his bad subjects
With all the wonders of the world
Who are here
Simply on earth
Available to everyone
Scattered
Amazed themselves to be such wonders
And who don’t dare admit it
Like a pretty naked girl who doesn’t dare show up
With the terrible misfortunes of the world
Which are legion
With their legionnaires
With their torturers
With the masters of this world
The masters with their priests their traitors and their reîtres
With the seasons
Over the years
With the pretty girls and the old assholes
With the straw of misery rotting in the steel of the cannons.

Look at God in the picture. Did you see him? Tell me if he looks good. No? The Son sleeps, he has a torve eye. Even two. Not at all the eyes of a god. Half-sneaky half-moron. It shows it well. Who’s the painter?

Jean Bourdichon, born in Tours (In Touraine? But then he is not Berrichon! But not for the rhyme) in 1456/57, and died in Tours in 1520/1521, is a painter and illuminator of the court of France between the end of the fifteenth and the beginning of the sixteenth century. He was the reigning painter of four kings of France, Louis XI, Charles VIII, Louis XII and François I. (source)

Art beats. Faith goes to shit. Bourdichon gets wet-footed. He gets by on human hands and faces. But when he has to paint a bird, he chirps, he poops and makes splash. It’s phew. His white thing looks like anything but a dove. It looks like guano. Penguin vomit. God, it doesn’t look good! And for the son’s eyes, he’s abusing it. Drugged eyes that go wild. It’s not crazy, Bourdichon. Pig work.

–Bourdichon? No kidding, Jean Bourdichon? Yes? But I knew him well, he was my teacher at the conservatory of fine arts! How? What date? He died in 1521? Oh shit, I’m sorry for him… Note that he doesn’t care, I guess. Since then, he has had to get used to eternity. No, the shock is for me. As soon as I find my teacher, I learn that he died five centuries ago! I had no idea.

According to the very end of Pater Noster, the evil that reigns here below is out of reach of the Marshal of Angels. There is a despot who holds us in his hands against whom Yahweh God can do nothing. So why does he say he is all-powerful? The big myth!

The wishes that the Catholic sends to his god in this famous prayer are as impossible as they are naive. Each verse of the Pater contains its share of rubbish and lies. While Jesus himself taught it to his gang! Such and such a father, such and such a son. The oppositeis also true: To a stingy father, prodigal son. I don’t know if his father was cheap, but the son was generous. Remember the multiplication of the loaves, when he took out of his magic hat ten thousand loaves and ten thousand fish. The crowd satisfied, seven big baskets remained! Such a mess!

But I remain fixed on the very first wish that drive me mad. May Thou Reign Cometh. May your reign come!!!

No kidding?! Imagine Zeus arrives with his legions of angels? You crazy head! Remember we are the property of a Main Demon! Vain gods, it will be such a fucking fight!! Question : Who will play cannon fodder? Us, we assholes! As usual.

I would rather say: Let your reign abstain. Make yourself forget, simplest way. Stay at home with shutters closed. Accept a subordinate role, to calm down your ego. To speak frankly, we don’t need you. We get armies, armorers, deadlights, science, so many state-of-the-art techniques, we should come to grips with the Main Demon with the same efficiency as making world peace and stopping global warming. Don’t worry, we’re fucking good! And when you see the talent of some painters, you can only have faith in man. 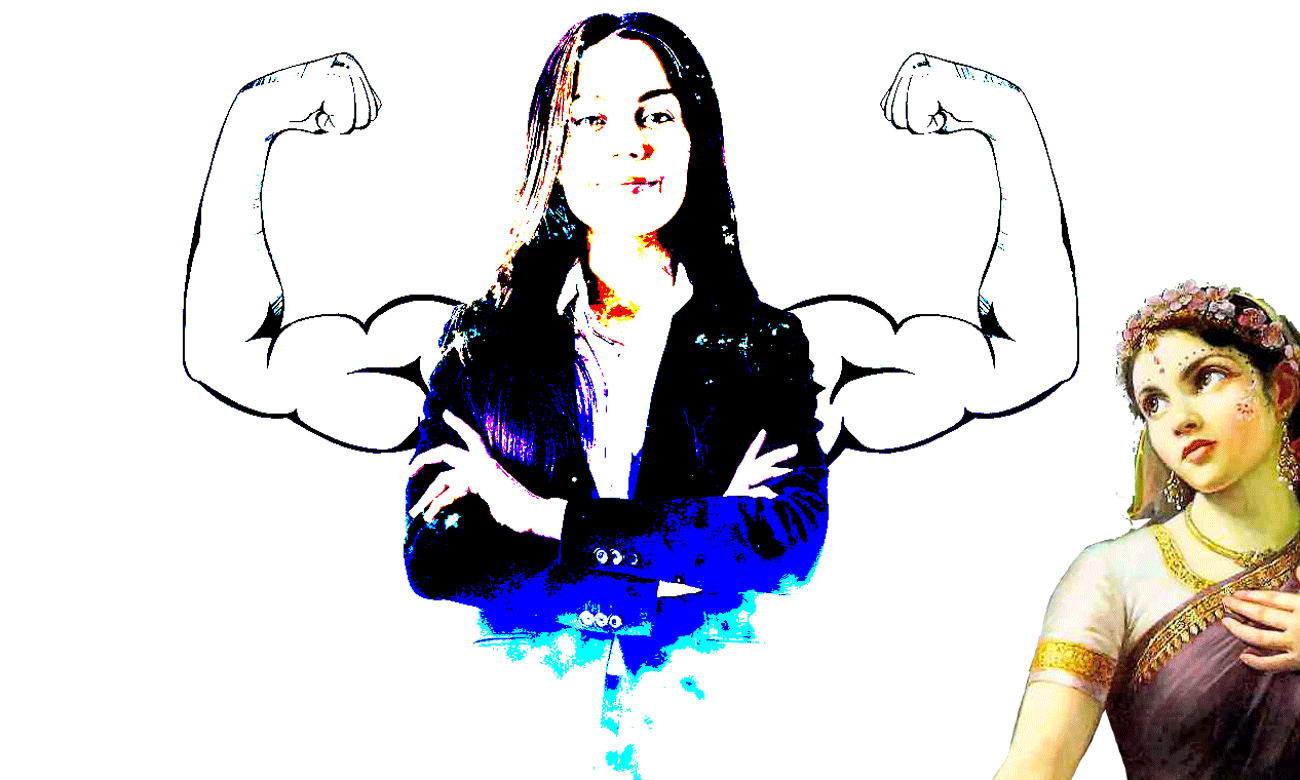 Having Faith In Man

And choose the woman.
May Her Reign Come Back