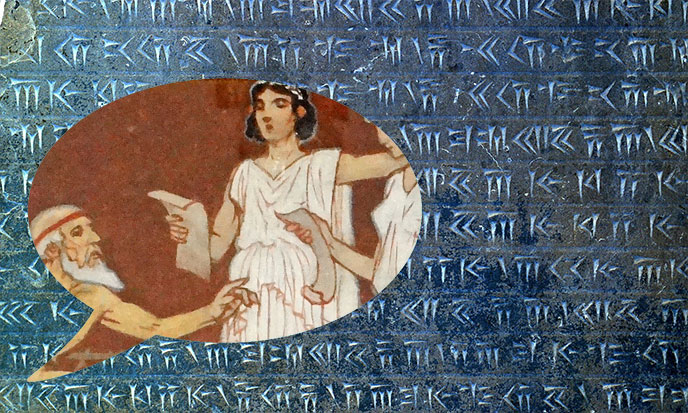 There are cultural markers to observe the evolution of a primitive society: raw and cooked, totems and taboos, hunting-gathering and agriculture, but also speech and writing. Some cultures write, others do not. Why ? The cause may be surprising. The primitive is not the one we believe …

These two ways of expressing, the oral word and the written word, have always been found in all cultures. Differences, preferences, references.

The globalized pseudo-culture has already made its choice: writing is everywhere, various writings have conquered the planet. Everywhere the writing reigns, erudite, magnificent … Its triumph leaves no room for doubt. Not knowing how to write makes you illiterate, and it’s a social crime. The trial is heard, the case is tried.

Not for me. Eden Saga refuses the dominant Western thinking which considers that writing prevails over the oral. It is well known that savages do not write. Why ? Just because they are wild, precisely! Petition of principle. Silly answer.

The emergence of writing in a primitive environment nevertheless remains the signature of a society in the process of civilization. Corollary follows the conviction that in oral cultures there is no logical thought. That is incorrect. And contemptuously. Why do we want logic to be perfect in any case?

Our thinkers will always opt for logical thinking, of course. For them logic is a conquest. A decisive step towards humanization. The beasts do not think, they are inferior to us, they believe. Not me.

Humans have not always been stuck in logic. The diktat of infallible science is a masterful bullshit. Science is so often mistaken! Globalization reinforces this diktat, and in all fields. 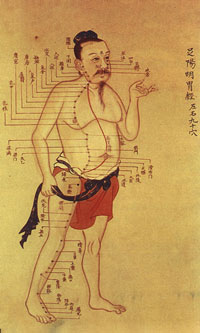 In China, for example, traditional medicine is relegated to the background by the overwhelming superiority of Western medicine in all serious cases. In China, everything that comes from the West is considered superior. It’s just racism upside down, it will pass. Over 5000 years of history, China has seen more. But while waiting for this infatuation to dissipate, it wreaks havoc on all traditional cultures.

Some people may wonder why I am so up against thought, against logical intelligence? If we do not think, we’re an asshole, right?

Well, no, precisely. The state without thought is a spiritual fulfillment that delivers the awakening of the egotic shackles that the mind exerts on everyone. I have often insisted on the equation of mind and ego. Jung has this strong phrase, rarely understood: “You spend the first half of your life building a solid ego, and the second to get rid of it.” Thought did not come out of the caverns, nor the writing of savagery.

Man is a thinking reed, says Blaise Pascal. Could he be wrong? I’m afraid yes. 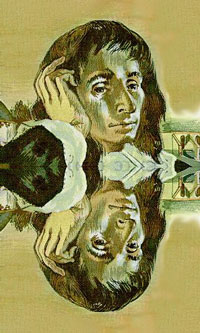 Here is the full quotation: Man is but a reed, the weakest of nature; but a thinking reed. The whole universe must not be armed to crush him: a vapor, a drop of water, is enough to kill him. But when the universe would crush him, man would be even more noble than that which kills him, because he knows that he dies, and the advantage which the universe has over him, the universe knows nothing about it.
All our dignity therefore consists in thought. It is from this that we must rise, and not from space and duration, which we can not fulfill. Let us therefore work hard to think well: this is the principle of morality.  (source)Blaise Pascal, Thoughts, fragment 347

Pascal succumbed to the many a priori of his time. How can I blame him? Unless one is a clairvoyant, one has the prejudices of one’s environment and one’s time.

To affirm, like him, that all our dignity consists in thought, is it really reasonable? If man is so fragile, so weak that a drop of water suffices to kill him, if man is a very vulnerable reed, is it not because he has betrayed all thought, Neglecting the infinite resources of the irrational?

The wisdom of the Nagual brings an answer that leaves no doubt. Logic is only a position of the assembly point among billions of possible others. Yaqui brujo Juan Matus -benefactor of Castaneda– teaches that ancient mankind was not stuck on this logical assembly point, it was centered on the immediate knowledge, the infused science, that Juan Matus calls silent knowledge. 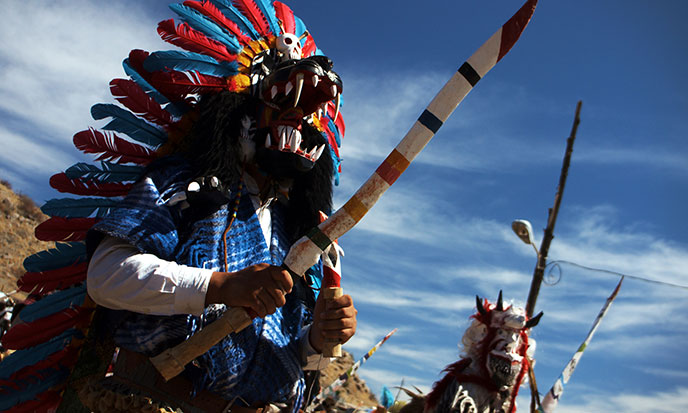 The meditators know well that the aim of their practice is to access the mental void, the absence of thought. The warriors of the Nagual do the same. Only thinkers still believe in the value of thought. Their thinking. Their ego.

Descartes is wrong, Aristotle too, and Plato lacks discernment. He has built incredible edifices on uncertain foundations. His premises are wrong, and the error falls on him. He did not understand the teaching received. Plato is a second conscientious but limited knife. The thinking head is Socrates, who has not written a line.

Talking is an act. Writing is the trace of an act.

Contrary to usual belief, writing is not progress, it is decline. In our days when everything passes through the written word, these remarks may shock. Yet the Koranic schools still stick to the rule of the oral. Every schoolboy should know the Qur’an by heart, as well as other religious texts. The work of memory is work on oneself, says the ulama.

The word is golden, definitely. The proverb is false, which claims that words are flying away, and that the writings remain. The writings may well disappear. Traced on paper, papyrus, bark, parchment, cloth, they will disappear when their support falls into dust. Even engraved on hard stone, the writings are doomed to disappear. Sacred by essence, the word remains eternally. The word given does not resume. 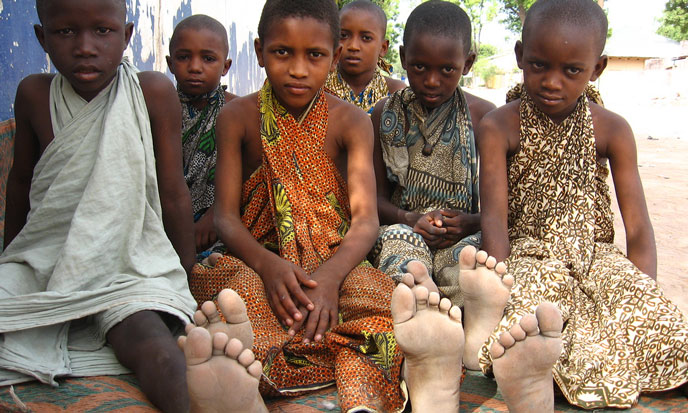 In the beginning was the Word and the Word was God. It all started with the Word, everything ends with songs. Words, words, and always words …

Formerly a word was stronger than anything else. The word dispensed the notary, the one who notes, the one whose job it is to write in writing promises and contracts.

I’m writing, so I’m not. I speak, and my word creates the world.