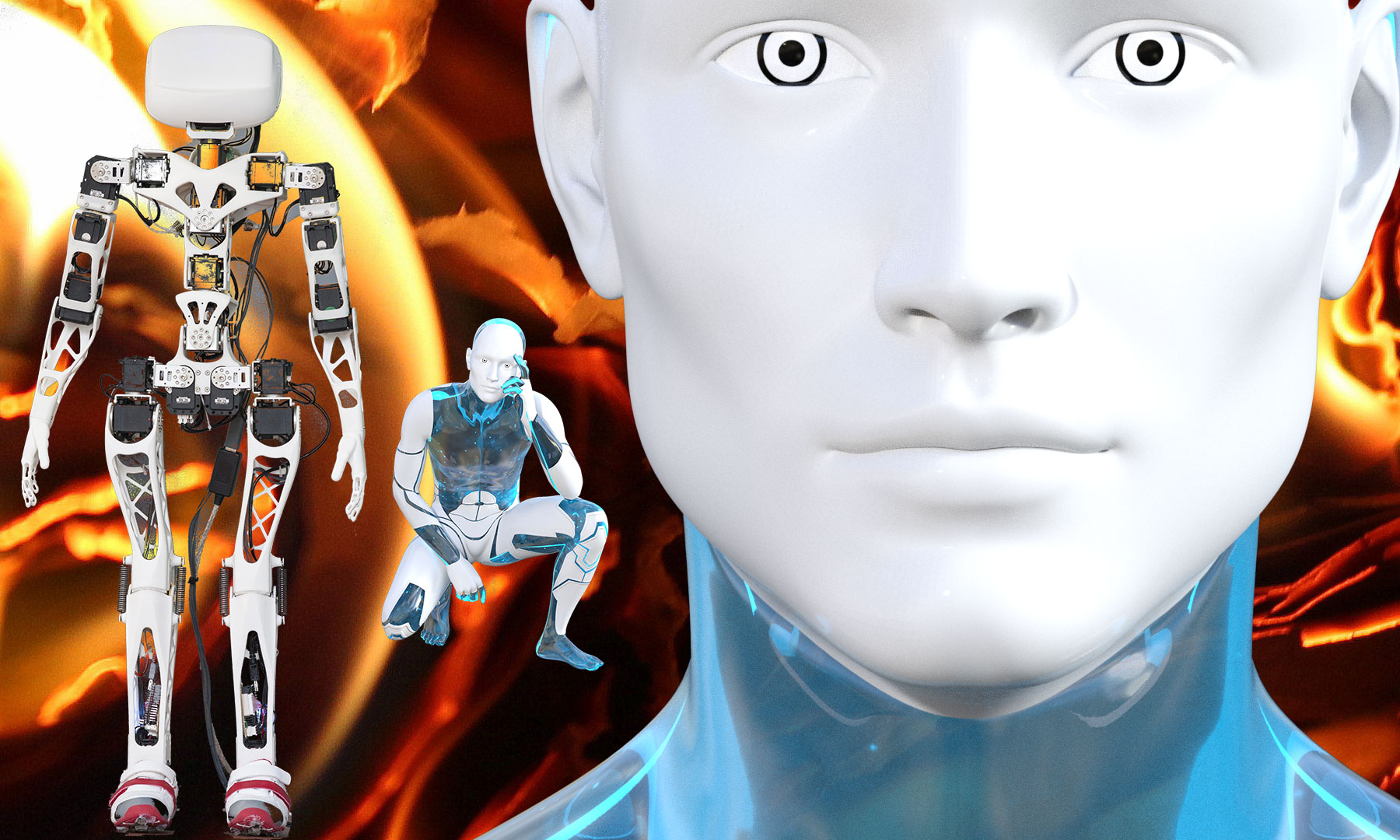 My body is a machine. It depends on the mechanic whether it is oiled, greased, cleaned, checked, repaired … It depends on the pilot that it is properly used. I’m the mechanic, at least I try. There are two other entities in me, my body and its mysterious pilot. If not me, who is he? What does he want from me? That is the question.

I am not alone in my body. Someone or something intervenes in spite of me to change my course. And I let it go, because I know it’s for my good. I read a few years ago that we are run by aliens who actually act for our good. The thesis seduced me, I almost adopted it. Since then, I have finely analyzed the inner interventions that did not come from me. And the result blew me away, as you will see.

The other day I had an express fever. It initially annoyed me, me who nevertheless does not risk anything. But in the midst of a pandemic, lulled by the song of alarmist sirens, any outbreak of fever is immediately suspect. But no, that tchi! A lot of noise for nothing. I did not call the emergency room or run to my doctor, moreover I do not have one. A healer is never sick. Otherwise it sucks.

Each time my vibratory rate increases, I have a crisis like that. The higher the step, the more violent the crisis. It takes me during the day. Tremors, feverish sensation, strangeness of the world, disorientation in my own body that I no longer recognize as mine. No fever, however. Just these warning signs. I am prowled. I accept.

Close encounters of the 17th kind

It must be said that my vibratory rate has seriously increased after the last Meetings. The same thing every time. The living gives me a good dose of divine energy. God it’s good! No earthly pleasure comes near it.

Still, this strange disease – which is not one – destabilized me. In the meantime, I receive two visitors for the 9th edition of the Meetings, which will undoubtedly be the last. One of the two Encounters asks me about the initiatory tarot and more precisely about the vision of my benefactor Jean-Claude Flornoy, who was certainly one of the very first specialists of the Tarot de Marseille. 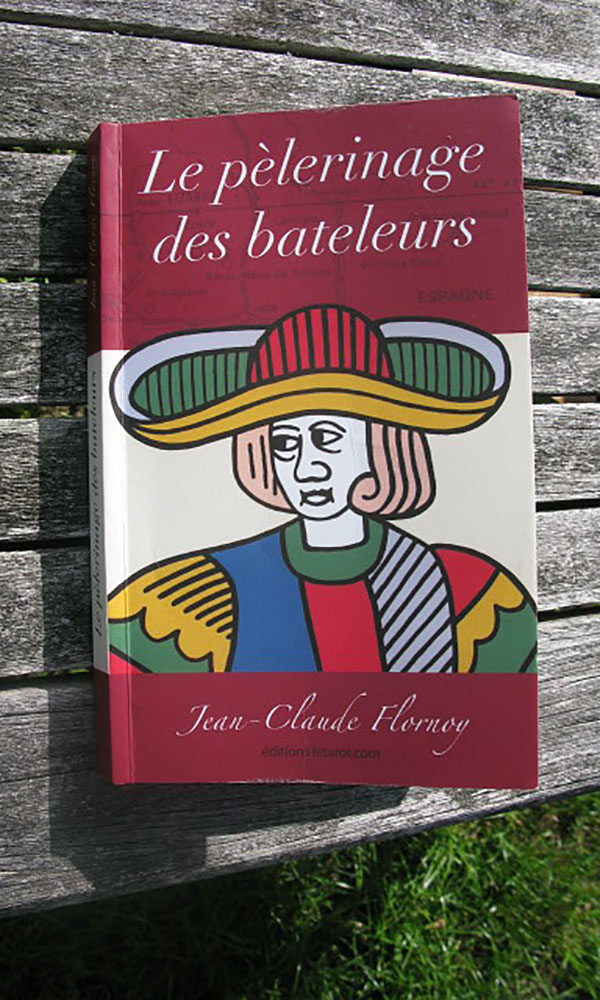 With the patience and meticulousness of the master cartiers of yesteryear, Flornoy entered tarot. For years, he scrutinized its origins, examined the structure, faithfully reproduced the most initiatory games, those of Nicolas Conver, Jacques de Viéville or Jean Dodal, my favorite. Above all, Flornoy discovered the inner meaning of the arcane, which is the ultimate treasure map, the treasure of the inner gold. He also established how to perform a draw, with the Hyperborea cross draw.

Suddenly I brought out a classic, Flornoy’s book on tarot.Jean-Claude Flornoy, Le pèlerinage des bateleurs, letarot.com editions 2007. No English translation yet. For the edification of my visitor, we have studied a few pages. It got me going again, I felt all my subtle connections re-establish themselves, I had become Flornoy’s emulator again, I thought like him, I felt like him, and I fell – as if by chance that didn’t. doesn’t exist – on a passage that nailed it to me. The unconscious! Flornoy had only one name for this inner master. I found it rather refreshing.

Yes, refreshing. An express trip, round trip, to the sweet paradise of my thirty years. I was Jungian, I idolized Nietzsche, I revered Bergson, Apollinaire, Baudelaire, Ferré, Dylan. I idolized Reed and Bowie, I dreamed of the Factory, its ramshackle faun and its master of ceremonies Andy Silver Spoon Warhol. I still believed in psychoanalysis and its consuming unconscious. Now I don’t. It is the conscious mind, the fruit of the logical brain that I deem voracious today.

Psychoanalysis of the unconscious

While rereading Flornoy’s book, I come across this text which describes the passage from shadow to light. the moment when the petulant, exhausted and answered, finally reaches the threshold of awakening, this moment when clear consciousness becomes dominant, at fifty percent and one tenth, he specifies.

“Until then, the unconscious had acted on automatic pilot and repaired the errors of the conscious on its own. He no longer has that role to play. Now he becomes an ally, not always well understood, but reliable. Total confidence is established between the unconscious with unpredictable actions and the conscious, which finally accepts this new collaborator, until then experienced as an embarrassment. This confidence transforms everyday life and gives an unknown security, a new serenity in the actions, including the most astonishing, the most doubtful or random of them.” (source)J-Cl Flornoy, Le pélerinage des bateleurs

Crazy me! Thank you Jean-Claude for this detailed description! It reflects exactly what I have been going through for ten years or more. This stranger in my house, this puppet in my sanity, this pilot of my season is not an alien or an evil spirit, it’s ME! My double, which finally expresses itself, once bore the misunderstood name of the unconscious. What a nice equation!

You know how much I adore reducing multiple mythological gods to one person, or multiple events to one original fact, or multiple labels to one vial. Well, it seems to me today that the double and the unconscious are not two names for the same voice, that which speaks to me, that of my double who leads me. This double that I previously identified with the inner god is one with the psychoanalyst’s unconscious.

I hadn’t thought of it. Thank you again, Jean-Claude Flornoy, for bringing back the notions borrowed from psychoanalysis, a practice that bugs me and bristles me, but which still exists and still attracts followers. Uncle Freud is a dubious character, but I admit a weakness for giant Jung.

Which gives the equation: DOUBLE = HIGHER I = INNER GOD = UNCONSCIOUS. For me, it means a lot. Well simmered over low heat, this reduction already upsets the grande cuisine of interior landscape. The implications are many, all are refreshing, some are mind blowing. Aaaah, that feels good! I’ll get back to the point, I promise. 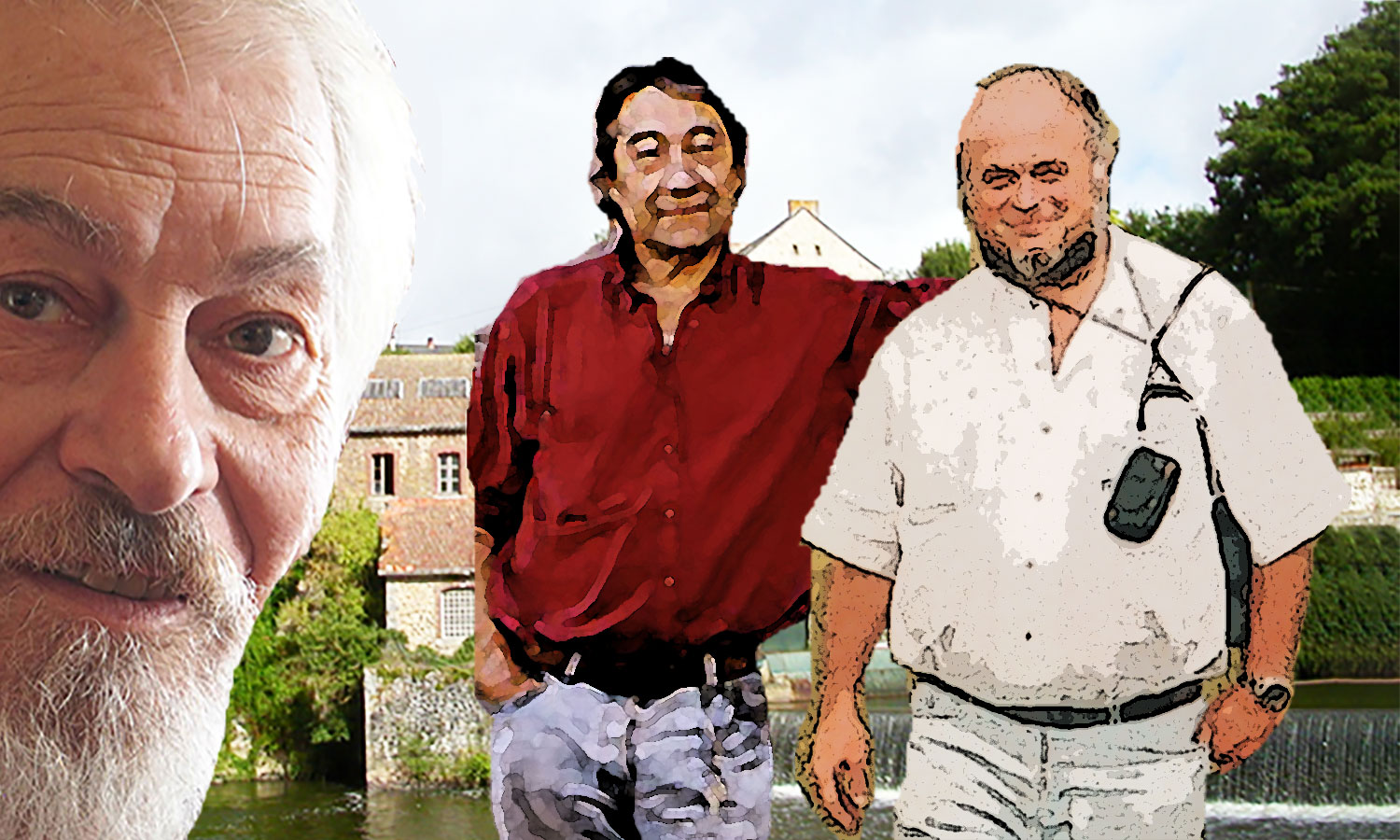 Our general knowledge is thus full of duplicates, classification errors, identical phenomena considered to be different, manifestations subject to contradictory interpretations, and identical bottles with various labels. That is why I undertook the systematic cleaning of these mental rantings twelve years ago. Their mass overwhelms me. Vampires of the intellect, they mainly function as handicaps. They are empty signs that mask the interior landscape. Their multiplication generates a fog of incomprehension that is quite dissuasive.

Here, we have the psychoanalytic analysis which exactly matches the experience of the awakened person. Short circuit. Confusion fusion of the double and the unconscious. With a double advantage. Both fields describe the same facts, but psychoanalysis draws truncated conclusions. The psychoanalytic unconscious largely ignores the inner light, the irresistible power of the double.

The reason is simple: apart from the great Carl Gustav Jung, what other founding father of psychoanalysis experienced awakening? Sigmund Freud? Oh no! Wilhelm Reich? On, that’s for sure; awake, who knows? Alfred Adler? Who can believe it? If it has happened to them to analyze awakened individuals, have they even realized it? I’m asking the question.

Metaphysics of the unconscious

We must therefore resort to practical philosophy to overcome the apparent antagonism of the two aforementioned visions. The stake of the awakening, I recall it, is not less than the unification of the three components of the being, the body, the heart and the spirit. This fusion is inevitable. For the lost warrior, out of the world, will it be a game-changer? 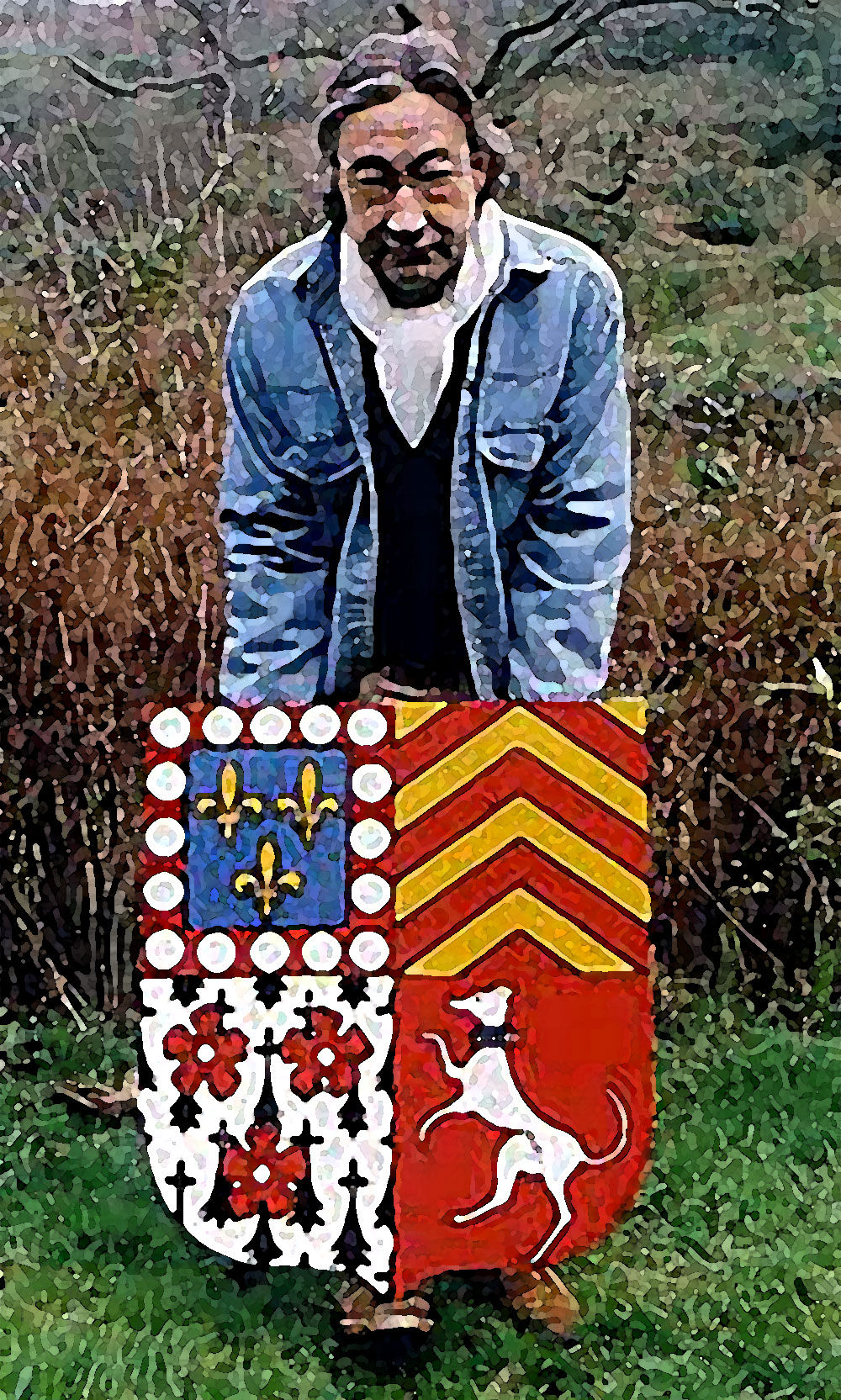 Back to the presentation by Jean-Claude Flornoy. “It is no longer possible to continue as before, because the inner vision is there which directs the being in the process of unification. All the metals of which it was composed melted and merged to form a new alloy.

Going beyond death, tracing the thread of this life and all of its past lives, then plunging into the white light, eliminates the fear of death. It is not an addiction, like that of an old man who accepts the idea that he is going to die, nor is it knowing that one is going to die. It is the certainty that the unified consciousness has the power to escape dissolution in this white light, source and origin of everything. The certainty of keeping there an I, individuated, despite the great laundry that is death. She will let us pass to other worlds.” (source)J-Cl Flornoy, Le pélerinage des bateleurs

We see how much this lived experience has been influenced, at least in his account of it, by his readings and his practice of Castaneda. A good nagual as he was, Flornoy believes, like Don Matus, that one can escape the Eagle under certain conditions. This is how he interprets the proud motto of the Teutonic Knights: “If you do not die while you are alive, you will die while dying.” I am quoting it at least for the twentieth time, I will quote it again. It is a master quote, as this master clock in old factories, ruling all the others, called slaves.

But is there another life, more just and more true, after the death of the body? I think so. Any way to be sure? No, since very few death people came back to talk about it. Flornoy did. He appeared to me in the guise of a crow at the precise moment of his death. Nothing since.

Devic came to see me several times right after his death. Ten days or so later, finished. My mother appeared to me and a friend when crossing the street in front of my stopped car. She gave me a long and deep sight, expressing but void. Then she vanished for good. If one can know another life after the passage from life to death, it seems that the world of the dead does not communicate with that of the living. With a few rare exceptions, which would also merit further analysis.

The only thing that I am sure and certain of is the existence of a mental confusion which the ancients called the veil of Isis. Understanding our true nature, our divine origins and the final meaning of the incarnation is almost impossible as the original messages have been polluted. Nobody understands anything anymore. Which is, alas, one of the sad characteristics of kali yuga, this terrible iron age which never ceases to end.

Is death on the other side, like two sides of the same coin? Heads or tails? Your double will speak to you, your unconscious will open up, your distant secrets will confide in you, you will be another who resembles you like a brother. It was time. You touch your ultimate truth. From all eternity you have given yourself this appointment with yourself. The times have come. Rejoice.

You’ve finally become who you are. 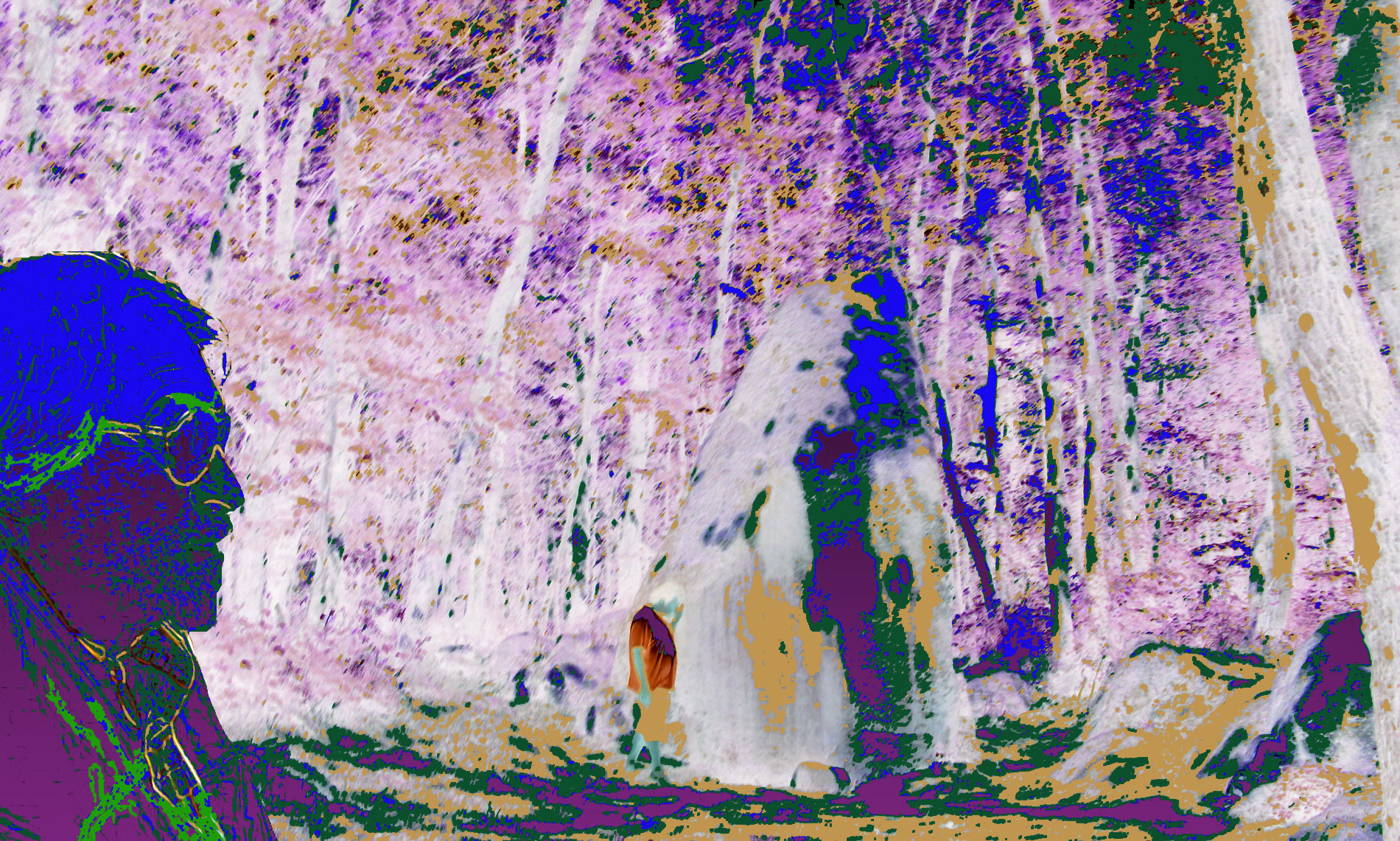 He who is aware of his strength and who keeps the woman’s sweetness has the Tao in his hands.