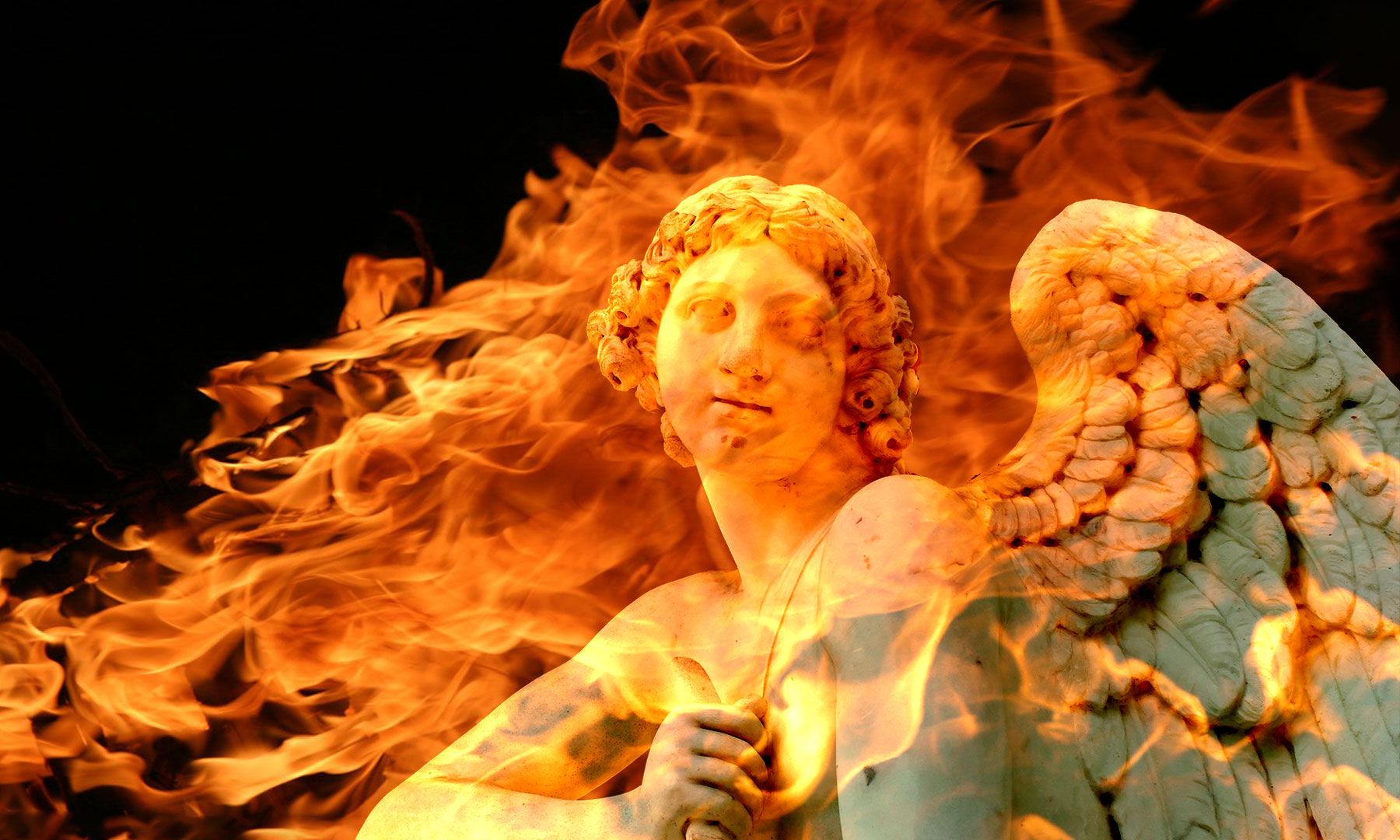 This is the title of a poem I wrote about sixty years ago. The senses are the very essence of existence. I’m not talking about fuel. Our five basic senses, extended by a thousand subtle senses, this is what constitutes the essential for me.

The brain interprets the signals of the senses, but its interpretation is a filter loaded with all our prejudices. This filter scrambles the raw message by interpreting it. Thus the brain deceives us more surely than our senses, my dear Descartes.

Funny business. To think that I had understood this deep down in my fibers so long ago! After a long parenthesis called active life, I find this period as if nothing had changed either in me or by my side. I forget the round of years. I am the same, ditto, and I recognize myself as if I were yesterday. Narrative ellipse or temporal leap, I’m coming. Here I am.

My youthful scribbles ended up making sense years later. Everything happens as if my childish clairvoyance was sending messages to the old man that I am. At that time, I wrote and composed a pop opera which featured New Age youth, their aspiration for another life, another world, more natural, more human, healthier. A world where the cult of money gives way to that of awakening. A world of warmth and serenity. A great pure sky where everyone can soar like a plane without wings.

It is not only our prejudices that cloud the pure message of the senses. Others a priori interfere. Our brain receives messages from entities including certain orders which are difficult to overcome. This is why the senses are the surest vehicle towards the essence of the world and of our being. Let’s say that my representation of the world includes a part of sensualism. 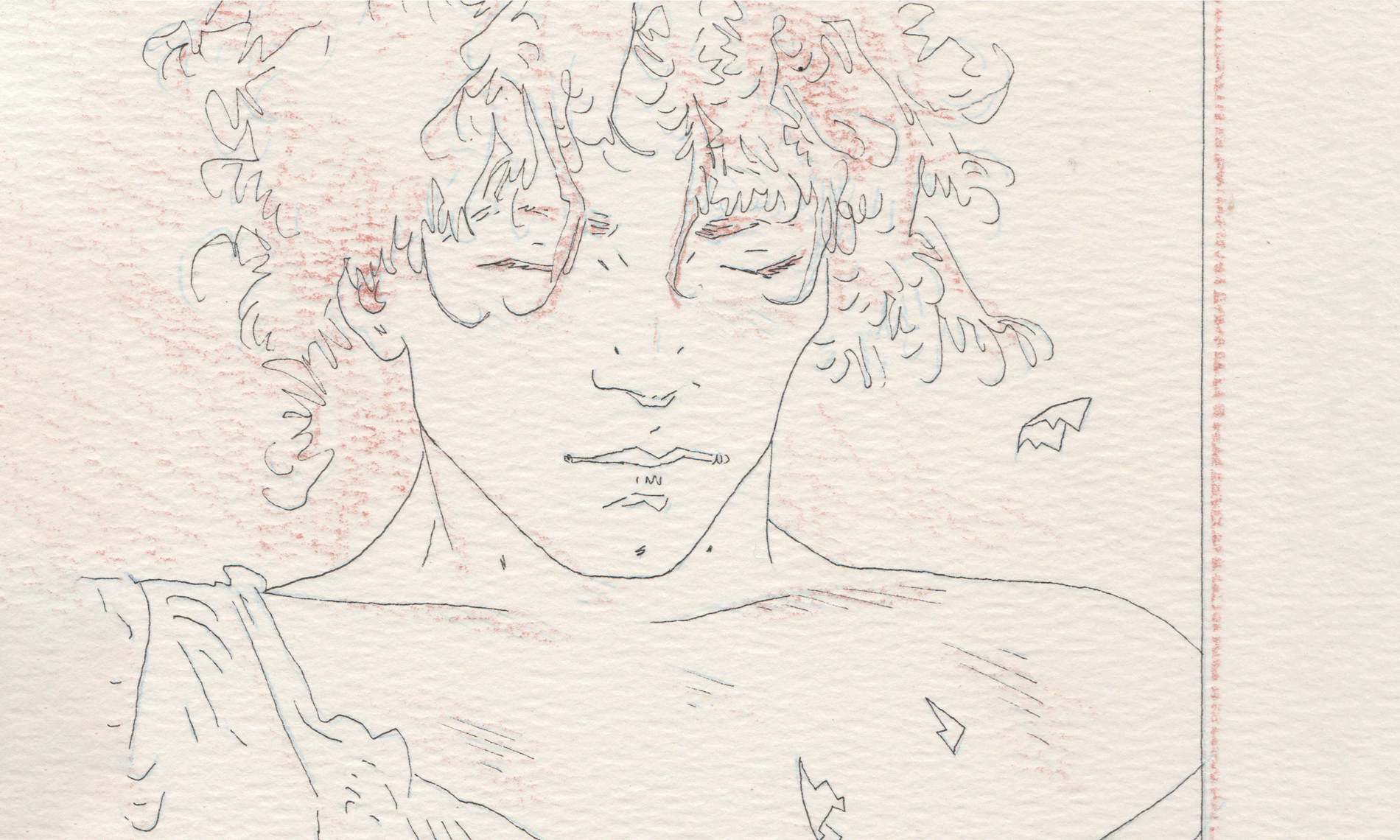 I speak of sensation, and not of sensational. See below I speak of feeling, not of sentimental. I’m talking about sensuality, not of filth. The youth of 68 had written on the walls of Nanterre To prohibit is forbidden. Such a libertarian wind blew over those years. I was just the right age, I inflated my canvas to capture this laughing stock. But before flying off for a long round-the-world trip, I had to face the tests of the 68 baccalaureate.

And guess what was the subject that I drew during the philosophy oral, coefficient 8? Sensation, feeling, emotion. For a guy who had not revised anything, fall on my favorite subject, straddling philosophy and psychology, hello the windfall! Result: I had 20 out of 20. Which immediately oriented me towards a license, then a master’s degree in philosophy. With the title in my pocket, I still didn’t know what to do with it. The only outlet: education. Yuck. I’d hit the road with a backpack.

Sensation, not like the tabloid press. Sensation like the message of our senses: a feeling of cold, of well-being …

Emotion, what embraces us, what touches us, what makes the heart beat, what sends adrenaline: desire, fear, envy, euphoria, depression, indifference … One or more sensations are at the origin of our emotions.

Feeling, what we feel for someone, for a place, a setting, an object: the feeling of love, a feeling of pride, the patriotic feeling, a feeling of doubt … The feeling is more constructed than the emotion. It can consist of several associated emotions, but is not limited to them. It is larger, it mobilizes a greater part of the being, it is also more durable … as a general rule. 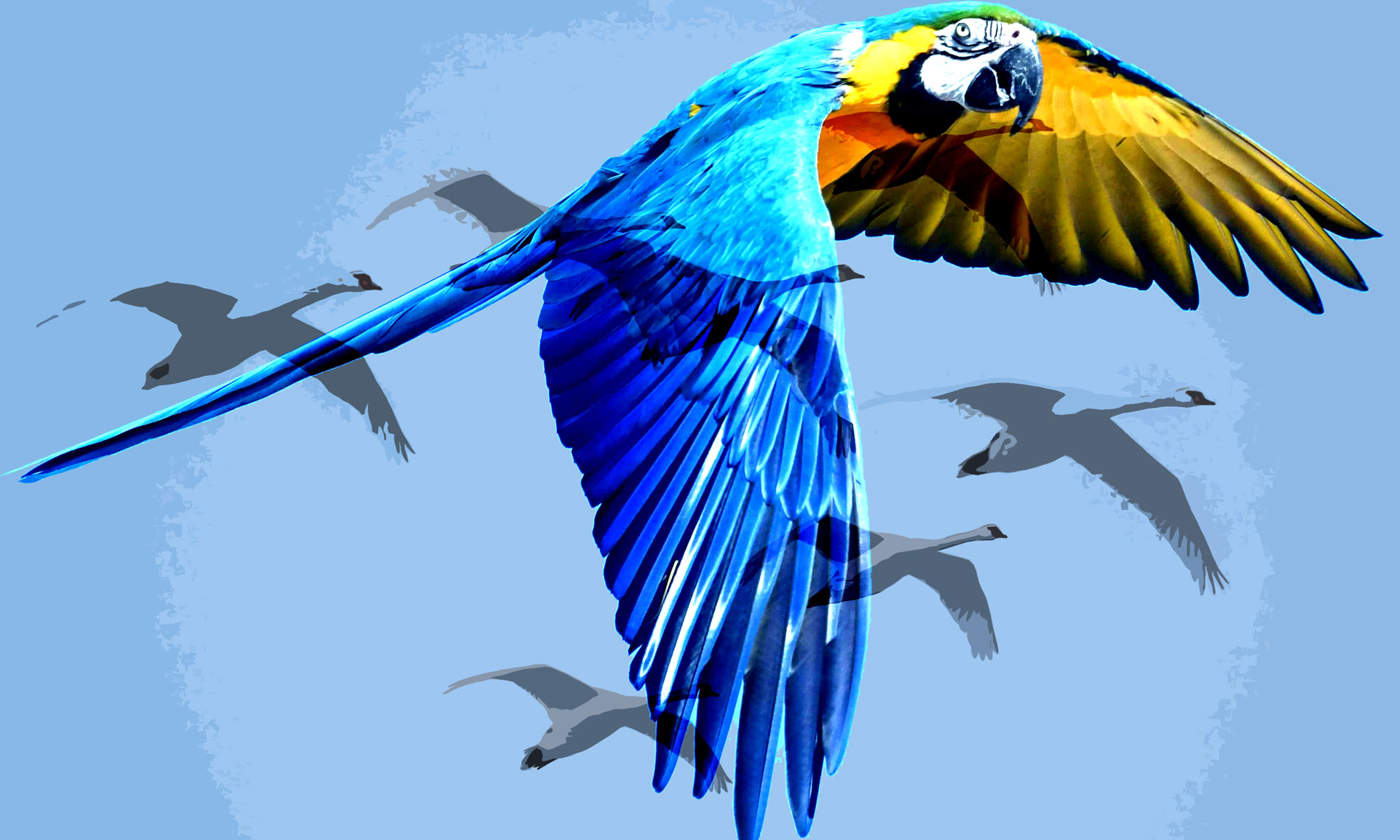 What I am wondering now concerns my childhood, the strange indifference I had to my gifts, numerous and sometimes spectacular. I would bar the fire, heal wounds, take away pain, read minds, influence people from a distance, and stuff like that. No one seemed surprised. My school friends, college students, scouts, all witnessed it. Yet none of them took me for a monster, or for a devil. They could have. I have this curious gift of going unnoticed by the greatest number. I only interest the sensitive. But them, I interest them seriously.

It seems that my energy is pleasant and invigorating. They have always stuck to me, boys or girls, I just have to make my choice. The most unusual thing about it is that I hadn’t noticed anything special. Except that it swelled me. So, to protect my privacy, I had to force people to keep their distance. I am not a candy that one sucks at will, with a lick in passing, like those blocks of salt that used to be hung in stables for the cattle to lick.

And the lick, precisely! I have been licked, I who am nobody! I should have suspected something. Why are all these people rushing to make my every wish come true? Who am I to them other than a stranger? And why do people who come to see me look at me with wondering eyes? I am not little Jesus nor Mother Teresa. I’m a badly licked fucking bear who has developed quills to ward off intruders. But I know how to fold up my quills to make velvet skin. Each one receives what is suitable and reaps what he has sown.
… and memory!

This behaviour is not cruel or naive. It brings me an answer to this very old enigma, that of my childhood poem The senses, the essence. If the senses are able to capture the essential, it is because they capture without distortion. The raw data they send us represents the world, and the changes our brains make to them represent illusion, maya. 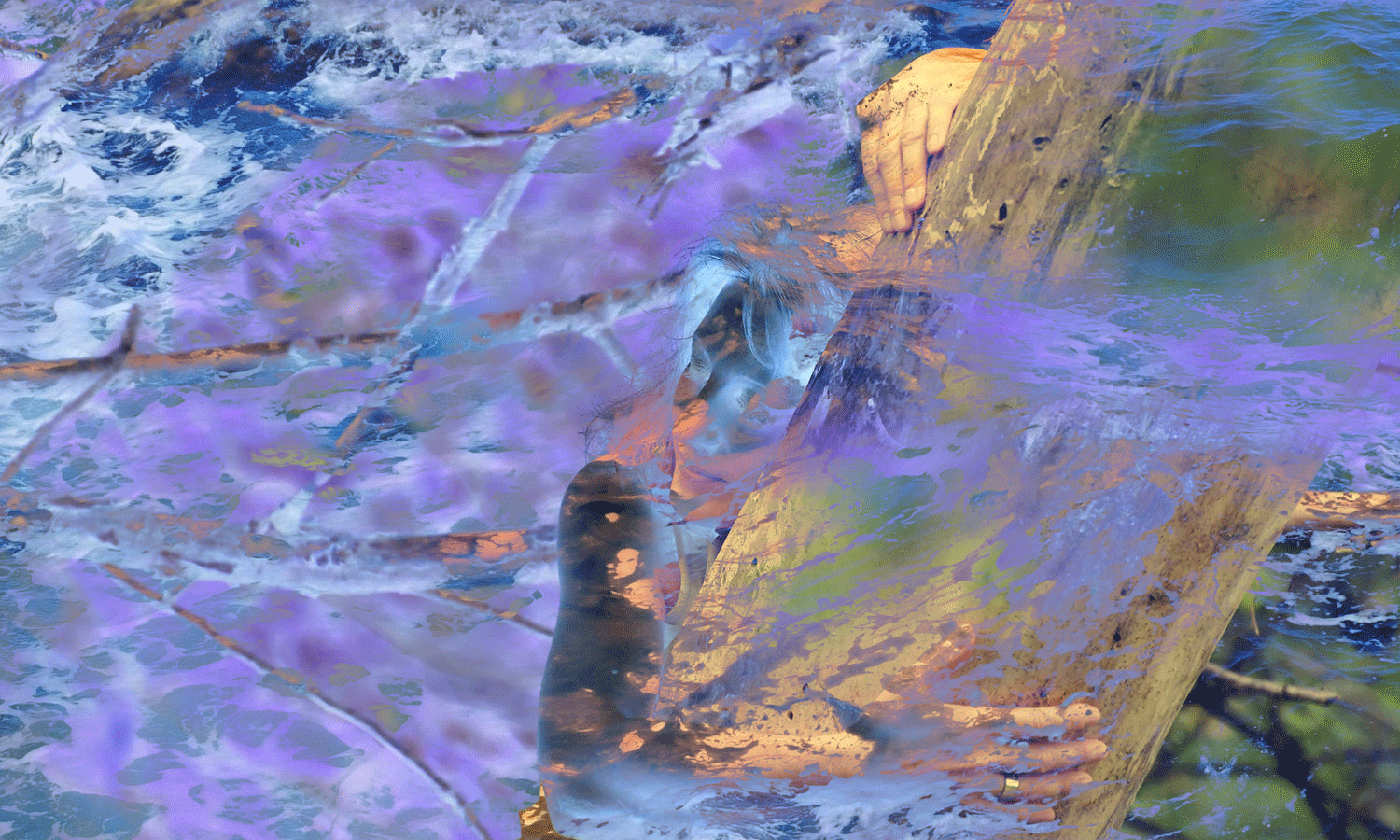 Why me ? Why all of this ? Why something rather than nothing? To do what ? Why life? Why knowledge? Why the illusion? Why is the truth inaccessible? Don’t judge these questions to be too naive. They bring me at least an answer to this very old enigma, that of my childhood poem Sense, Essence. I felt it with my belly, now I understand it in conscience. If the senses are able to capture the essential, it is because they capture without any brain’s distortion. The raw data they send us represents the world, and the changes our brains make to them represent illusion, maya.

These changes affect all of knowledge and impair judgment, consciousness and even memory. There are therefore two memories, that of the brain and that of the body, which comes from raw perceptions, not altered by the brain and the categories of understanding, to speak like Kant.

The memory of the body thus differs from that of the brain. The latter only remembers what he interpreted. All that remains for him is the data he has modified. The body, on the other hand, does not modify anything. It delivers everything, it’s up to you to get rid of it. This is why the memory of the body is the one that matters most to the warrior.

In the task he undertakes, valiant above all, to explore himself until he visits the smallest recess of his unconscious. There he will sow the light that dispels childish terrors. He will understand that the child is an extra-lucid seer. Nothing escapes him, but everything is foreign to him. Many raw realities are unbearable and can cause emotional trauma.

The memory must be purged of these pitfalls before the warrior obtains the astral fluidity to travel in time, to fly in space, to pierce the walls, to listen to the music of the spheres, to see with the third eye and other gifts that may receive the awake. 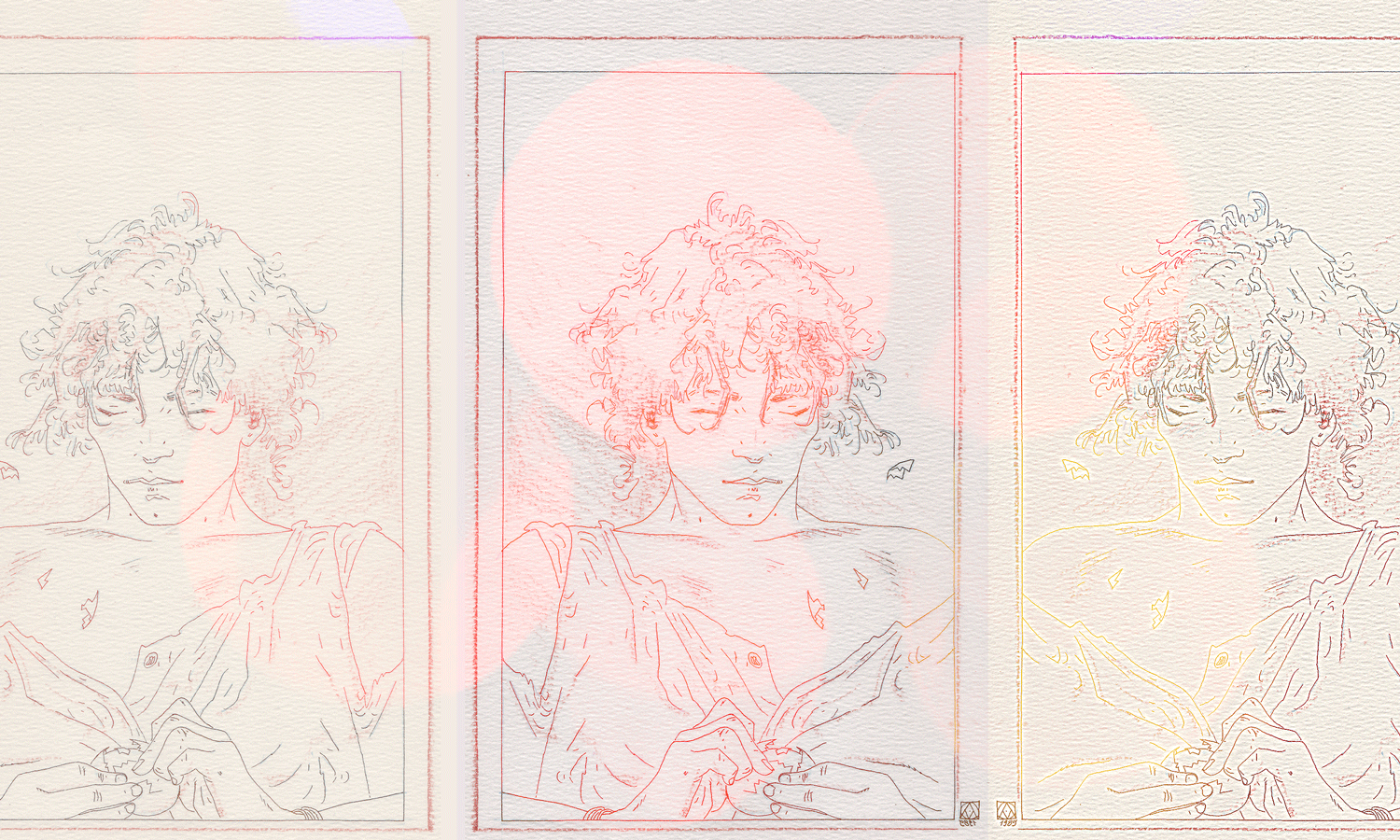 For me, there are only good omens, because whatever happens it’s up to me to take advantage.