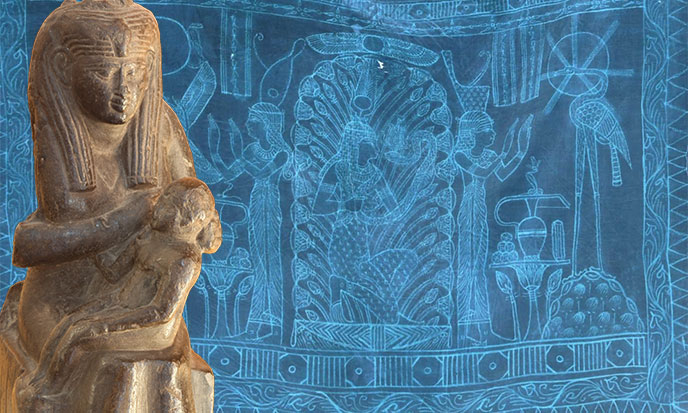 “Why are the mystics so frightening?” wonder the mystics. It is true that they are scary. Too many mystics look like crackpots.

The most affected, moreover, are often the most powerful ones: those who levitate, who heal or walk on water.

An adventuress of God offers her answer: “People who do not feel the presence of God often confuse mystic and crank what for them is not really a compliment. The crank is it not he who hears voices? Is he not a little schizophrenic? Is it not someone who would be able to kill in God’s name if the voices inspired him that? Is it not someone who seeks to have everyone talk about him even if it means doing anything for that? The crank is he not totally crazy?” (source)Martine Charbonnel, adventuress of God

Many people think that way. Madness is scary, but not the reason. And yet! Yet, if we take stock, the reasoning reason did as much harm as madness.

If not more!  How many wings has it broken, that reason which always allies with fear? How many Mozart assassinated by its hand?

“Foolishness of the wise, wisdom of the fools.” (source)Idries Shah, Learning to Learn For those seeking the inner light, they will need to face the guardian of the threshold. The guardian is fear. And the threshold is the last frontier of reason.

When you arrive at the threshold, you reach the extreme limits of ordinary reality, governed by reason. Facing the keeper is not going insane. Madness only leads to asylum, not to the inner wealth.

Facing the keeper is willing to listen to his two guides, the upper reason and the deep intuition. Reasonable people refrain from making a single step in this direction.

From the man to the true man, the way passes by the crazy man. Psychology will never be able to tell the truth about madness, since it is madness that holds the truth of psychology. (Michel Foucault) 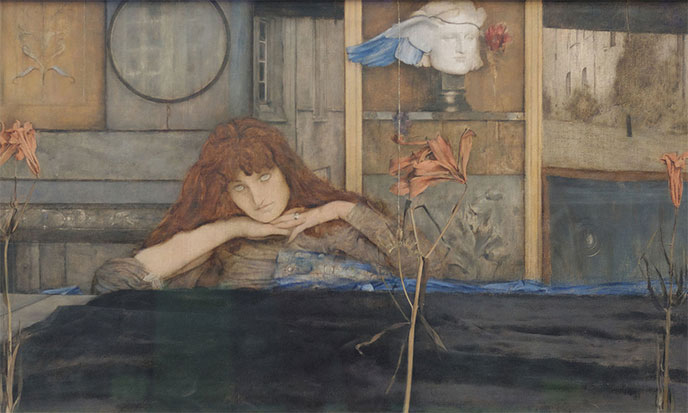 “To reassure themselves, some think that there are also nice illuminated people who seem harmless.

But by dint of being in their own little world or in their sect, this path is it not suicidal? Do not they risk of being unable to work, to eat, of leaving their child starve to death relying on God to take care of it? Do not they risk of making a faux pas one day and of making headlines with a mad gesture?” (Source)Martina Charbonnel, adventuress of God

Sure they do. These cranks are not awake, far from it. In most cases, they are only dangerous for themselves fortunately.But when they combine to run a country, it sucks.

They broke the ropes with the real world. They went drifting off in the unlikely inner infinite, without a guide, without a map, without beacons. They resemble those freaks who took too much LSD, those sad zombies of Goa in the 70s, or indeed today, so dissatisfied with an empty life greedy for desire proposed by medias, so frustrated that they took a lethal dose that did not quite killed them, they are stuck to the ceiling. Or much further. This is not a model to follow.Of course not! 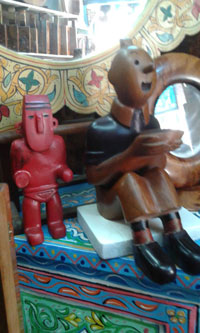 Whoever faces the keeper of the threshold has nothing of a crank. He is a warrior, a traveler prepared for anything, alert, and yet calm. He knows that fear is the first enemy of the researcher of light. He knows he must overcome or be defeated by it. He knows that reason alone can do nothing for him, and he knows that without it we go to the wall.

Without reason, he will scatter into the sky, like those poor drug addicts. But without madness, he will fall on land with both feet in the same shoe.

He soon realizes that the two extremes are essential to life. So, as a true star watcher, he simultaneously uses his two brains, he harnesses two horses to his Cart, reason and madness. The result of this pairing is called controlled folly. The Celtic Druids also practiced this technique, they called it the crazy thought.

This topic has been treated quite often, those who have well read my pages already know it, may they forgive me. The mastery of this technique, is the gift of the guardian of the threshold. This is only a ticket, but thanks to it the miracle can begin.

The Inner Quest may start.

What lies behind us and what lies before us are tiny matters compared to what lies within us. (Ralph Waldo Emerson)

There are four enemies on the warrior’s path, four obstacles to overcome. The first is fear, I said. Overcoming fear is crossing the threshold where the Journey begins. It is embarking on the adventure.

At this point arises the second obstacle in his path: clarity. Yielding to it is awful. Suddenly we see clearly, we have understood everything, can explain everything, know everything, we’re boring as hell.

The miracle, for the warrior as for Buddha, it is not flying in the air or walking on water. The miracle is to walk on earth. He knows it. Then he “sits on a bench to contemplate two rainbows in a watercolor sky on the other side of a river swept by rain. Yet, close to him, people go into ecstasies only before ancient sailboats on public display.” (source)Martina Charbonnel, adventuress of God

Let us savour our difference. On the water, there are too many sails, too many engines. Call of the sea.

Science without conscience is a soul’s decay.