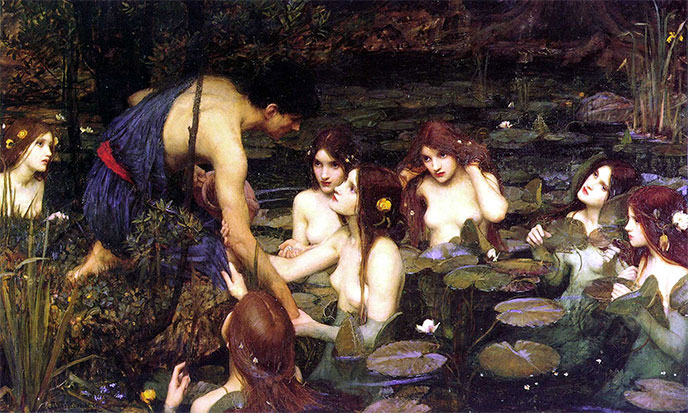 The Eastern tradition is not the only one to give the vision that the terraforming gods had about sexuality and its role. Very influenced by the wisdom of the former gods, Egyptian texts contain specific advice. These recommendations are echoing the codified stances of Kamasutra.

So the wise Ptahhotep distills this valuable tip for those who frequent temples and holy whores found there: “Do not have sex with a childish woman, as you know you must fight against water on her heart. Her womb will not be refreshed; she won’t spend the night to do what needs to be pushed away, she calmed down after putting an end to her desire.” (source)Teaching of Ptahhotep, maxim 34

The travelers of antiquity were welcomed in temples dedicated to vestals whose noble role was to give love without counting, without sparing its pain and pleasure. This ancient tradition is almost universal. The temples, the houses of the gods, were originally dedicated to welcoming travelers. And the priestesses of these temples, the vestals, were young girls – or less – chosen from the female population of the town or town.

They could be virgins, or not. Married women also executed this civic ordinance, which had been doubled but assured of peace in the city and of the old woman to assumed sexuality. They sleep with all the males, in turn, without having the right to refuse a single one. The exercise lasted a few months or years, and it did not become obvious. The Greek texts make no mystery of this practice, they were found unnatural of the sequel, making a virgin garment, they imperatively were imperatively the remainder was the symbolic wife of the god of which she was not adorned with the temple.

Nowadays, the good sisters of the Roman Catholic Church are happy to say that they are the bride of the Lord. It’s an image. The wedding with Jesus will never be consumed. But this way of speaking is the direct heiress of hierogamy, or sacred prostitution of ancient temples. 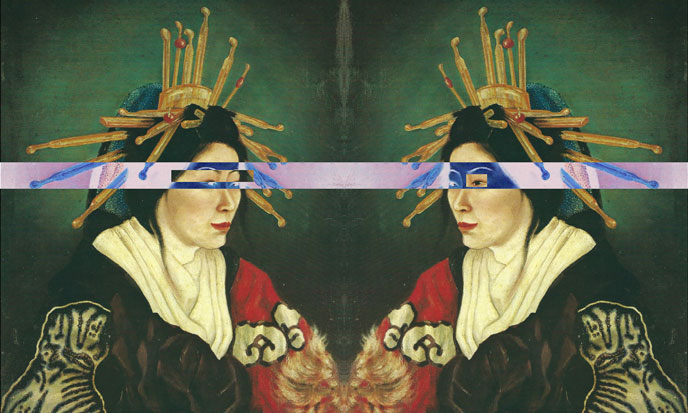 Today, the nuns of the Roman Catholic Church willingly say they are the wives of the Lord. Smart chicks. The wedding with Jesus is not likely to make them lose their precious virginity. Contemplating these sad faces, we measure the degradation that infects the holy soul of the ancient whores.

In Rome, most vestals do not fornicated with passengers, except worship of Bacchus, god of drunkenness and excess, the great avatar of Rama whom Rome was called from.

The Bible testifies to the universality of this open sex practice. We learn that the wife of the prophet Hosea was a sacred prostitute of Canaanite cults of fertility (source)Hosea 1.2, 4.13-14

Sumerian mythology mentions the wedding of Inana / Ishtar with Dumuzi / Tammuz. We know by the survived hymns that the king of Babylon, at New Year, was united with the high priestess of Ishtar by hieros gamos or “sacred sex”. The high priestess represented Ishtar and the King, acting as high priest, embodied Tammuz.

This fertility rite was to ensure the renewal of energies in nature and in the state, at the dawn of the new year. Another interpretation: Ishtar had a numinous magical force –the “me” that guarantees the world order– and she sent it to the king in the sacred marriage. So the king had the opportunity to gather the force which bases his royalty. (source)

For those who are familiar with the writings of Carlos Castaneda, the parallel is to be made between the magical force of Ishtar and the sexual union that all Nagual of the lineage of Juan Matus must accomplish with a former seerviejo vidente who they simply name the tenant. This hierogamy is anything but symbolic. You know in what contempt I hold the symbolic. For me, the symbol is a pale reflection of a lost reality, always very concrete. The symbolic is what remains when we have forgotten everything.

The Initiation Of Males

For my part, I want to get out of the symbolic – it is what remains when one has forgotten the rest. In the vision of the past that I am telling on this site, the woman came before man, she has been initiated and magically gifted sexually by reptilian gods, heirs of a million years culture. Or billion.

Yes, but … there is a but. Matriarchy ended, patriarchy took place – here we are, still under the rule of the male. You may say, it is not very serious, since our previous lives show enough that we possess both sexes, being a woman in the Middle Ages, then a man during French Revolution, and a woman again during the 1st World War. Every man can find the woman in him, and every woman, the man in her. The sex we have in this life does not matter, the war of the sexes is played out in each of us.

As for me, I think these practices are a distant memory of the time when human males had just made their appearance, long after women did. The latter had been introduced to all magic, including the most powerful, the magia sexualis. Their initiators were the former gods, who were reptilian humanoids.

Long after, when matriarchy was the absolute rule, human males appeared. Adam, the little Adam, knew nothing, poor thing, not even love. Forcing druidesses and witches to initiate sexually Adam and his ilk, the first fearful and stupid male.

The very ancient king of Babylon had to justify his male degraded status by adorning feathers of the peacock, ie by being covered – in every sense – by the powerful Great Goddess of origins.

The time had not yet come to the macho insolence. The men, revolted by the cruelty of the Amazons, came to overthrow the dictatorship of women. Rama under the influence of Prince Charming, matriarchy had finally sinking altogether. But males kings still had to justify their recent takeover on women getting fucked by one of them, figure the Eternal Feminine.

The sacred marriage was not to absorb the powers of the goddess, but to humiliate, make owning by it in order to obtain forgiveness. That is why King fornicated lying on his back, the goddess and the dominant working on the rump. The preferred position of the wise old men …

Another example: in Ur, the city of origin, there was a temple dedicated to Nanna or Sin, the moon god. Were there for hierodules (sumerian ‘nin-dingir’ or akkadian ‘entum’) that is considered holy whores wives of the god Nanna / Sin, the king embodied. He was not the only one to benefit from relationships with sacred prostitutes. We know that, in most Babylonian temples, there were hierodules accessible to ordinary people. They wore various names nadîtum, qadishtum, isharîtum.

I came to consider Kamasutra and other ancient books about sex as tutorials for males. Women suffered every night from the lack of know-how of their new companions. They went to find our initiators, the very ones who terraformed this planet. They were moved by their complaints that they found quite justified. The decision was made to teach various sex practices to ignorant males. They needed it a lot, and I’m not sure they learned the lesson.

India makes no exception either to this practice of the blessed asses. But it seems to be a recent import. Indeed, any reference to any form of sacred prostitution is absent in the Veda (-1500 to -600). The first Devadasi to be reported is in an inscription from the 2nd century CE in central India, in the cave of Jogimara near Ramgarh.

The Devadasi are widely attested in India from the 6th century CE. They had a duty conssisting in sacred dances, singing, music and sacred prostitution.

The Devadasi were dedicated to the gods, ie of their representatives, priests, and often accessible also to the ordinary faithful. Open sexual relations were considered a sacred rite of fertility, which was used to increase the fertility of people, animals and the earth, as in ancient civilizations fertility is not natural, it comes from the gods . 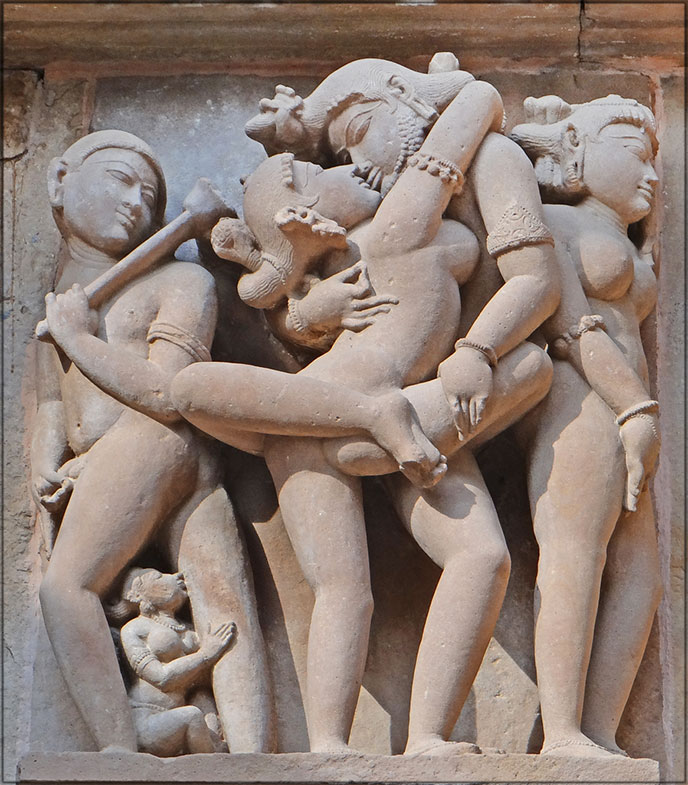 At times the number of Devadasi appears to have been considerable. The temple of Somanatha housed 350 Devadasi at the time of its destruction by the Turco-Mongol conqueror Mahmud of Ghazni in the year 1026.

In the 19th and 20th centuries British influence led to the banning of Madras and Bombay devadasi. Thus disappeared the last vestiges of sacred prostitution, under the blows of a hypocritical prudery. Farewell to the divine Hierodules, all more graceful than the others.

Do not despair however of the eternal feminine. One can still find holy women who dedicate themselves to the sensual awakening of the lost boys. There will always be as always, but the oldest profession in the world is not what it was …