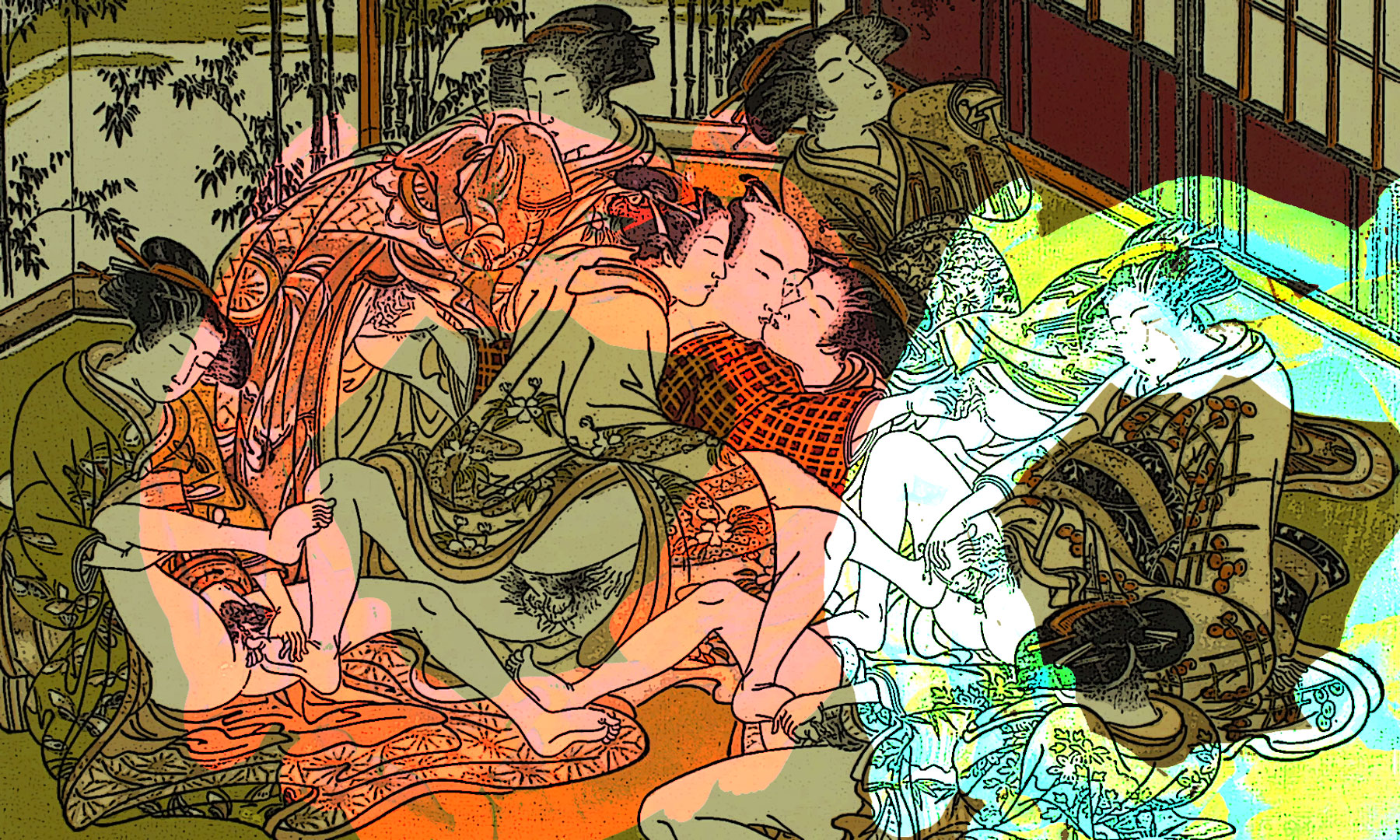 It is a western path. A forgotten medieval tantrism. Stemming from Celtism and Hyperborea, this practice astonishes and detonates in the hypocritical era of mercantile sex and tariffed pleasure. The way goes thus: assuming the being of flesh, spiritualizing the sacred sensuality so that the flesh exults and passing from the being of flesh to the being of light.

The East is the spiritual world where rises the pure intelligible sun, and Orientals are those whose inner residence receives light of this eternal dawn. (Henri Corbin)

“Forget everything you know about sex: Tantric love takes time and favors the path that leads to orgasm more than the orgasm itself. Spirituality born from Hinduism and born in India 1500 years ago, Tantrism is a set of texts and rituals that aim to achieve a state of total awakening through the exploration of the senses. Body strokes, meditation, breathing exercises… each intercourse lasts several hours, allowing the couple to feel the sexual energy throughout their body and to reach a state of fusion and total ecstasy. When he comes, the man holds his sperm. This inner orgasm, more intense than a classic orgasm, makes the whole body vibrate.” (source)

That’s pretty much right. Roughly. For it was a resurgence. I consider tantrism a practice of the former gods. They taught it to a few initiates, the latter passed it on under the seal of secrecy. It was not until the 5th century A.D. that this has been reported in publications.

The Kamasutra is part of these texts. But tantrism is much more. It uses the sexual energy and by not letting it out at this level, it allows this energy to rise to the upper chakra, the belly, hara for the Nippons, the chakra that expresses the affirmation of self. The quiet strength of someone who goes to the toilet every morning. Sexual energy becomes belly energy.

From thread to needle, the transmuted energy passes to the upper chakra, changing spin as the climb progresses. Belly energy becomes heart energy. Go the kundalini upward always, throat, forehead, towards the effusion without confusion, towards the white light of awakening.

At the strict opposite of the middle way, we find the way of excess, the hubris of ancient Greece. It is the bacchus intoxication of Dionysus that Nietzsche opposes to the geometric rigor of Apollo. This sacred intoxication is called the way of the left hand. Nothing is forbidden, nothing is vile, nothing is useless in sensuality. Excess itself can serve as a springboard to awakening. Whether it is abstinence or debauchery, any excess calls its opposite. And in the sudden change of balance, the being knows awakening. Or not…

In this way of the left hand, gestures that are normally considered vile or displaced are rehabilitated to allow the body to reach a liberating climax. In our case, this spring also works. We must take the risk with caution, cunning and circumspection. All three, and in this order.Gnostic adage

Too many suckers in this bizness. Few reliable addresses. The pseudo tantrism practiced here is a scandal of prudishness. Without sex!! Out of fear of being effective, awakening by the sexual route is practiced here without sex! It is like writing without letters. So beware. Caution, prudence, and be careful. Crooks and fake gurus are numerous in that field.

At the heart of the great religions based on the faith of the faithful is the spiritual elite, which does not follow the commandments to the letter, but is responsible for inventing others adapted to the time.

This elite gathers the men of knowledge, the knowers, the initiates, the enlightened and all those who live on the left side, according to the unwritten Rule of the Warriors of the Nagual. This sacred heart radiates over the church of humble believers, vivifies it and enables it to grow.

If the light sees a hundred thousand persons, it descends only on the one whose essence is light. (Rumi)

At the heart of Islam, Sufism plays this role. It is the living source that inspires all Muslims. At the heart of Judaism, the Kabbalah plays the same role, but preferring the intellect, therefore the right side — damaging alteration. At the heart of Christianity, the Temple Order once played this role of awakener. The king of France, Philip the Fair, was jealous of Temple’s fortune and power. On his order and that of Pope Clement V, this magnificent instrument of awakening was destroyed, dislocated, scattered, plundered, caricatured so that nothing remained of it.

The damage is done. But it is easier to understand why this Christianity without its sacred heart could only caricature itself, repeat in a loop the same hollow formulas, unfortunately translated from the magical Latin into vernacular languages by order of the Principal Gravedigger of the Awakening, John 23 the renegade.

Following the bloody Vatican Council 2, the twenty-third John had the altar of all places of worship moved, including those of Romanesque churches and Gothic cathedrals, which is a crime against sacred energy. The celebrant’s point was relegated to the back of the church, sometimes under old benches and other rubble. What a waste! This castrating reform obliges the priest to celebrate the Eucharist at the worst place on the vibratory plane: the crossroads of the transept.

I know the fact that very few of them could notice the difference. Subtle energy doesn’t belong to the seminar program. A pity.

Despite these foolish sacrileges, something from the Temple has survived. No one can erase what is forever etched in the Akashic records. All time travellers know this. Everyone can check it by moving on the timeline.

Here I wish to teleport you long before this cursed council, much further back indeed. Up to the glorious past of the Templars. To prepare you for this great journey, here is an overview of the practices of the left hand used daily by these masters of enlightenment.

Awakening is the moment when the subtle energy (kundalini in Sanskrit) has crossed the barriers of the first six chakras and reaches the seventh, the fontanel or crown chakra. The crown symbolizes not the kingdom, but the ego. When the crown falls, the being awakens. It is the image of the disjointed tower of the so-called initiatory tarot of Marseilles. The being crosses the Gate of Heaven. The arcane XVI House God expresses perfectly the mechanism of awakening. 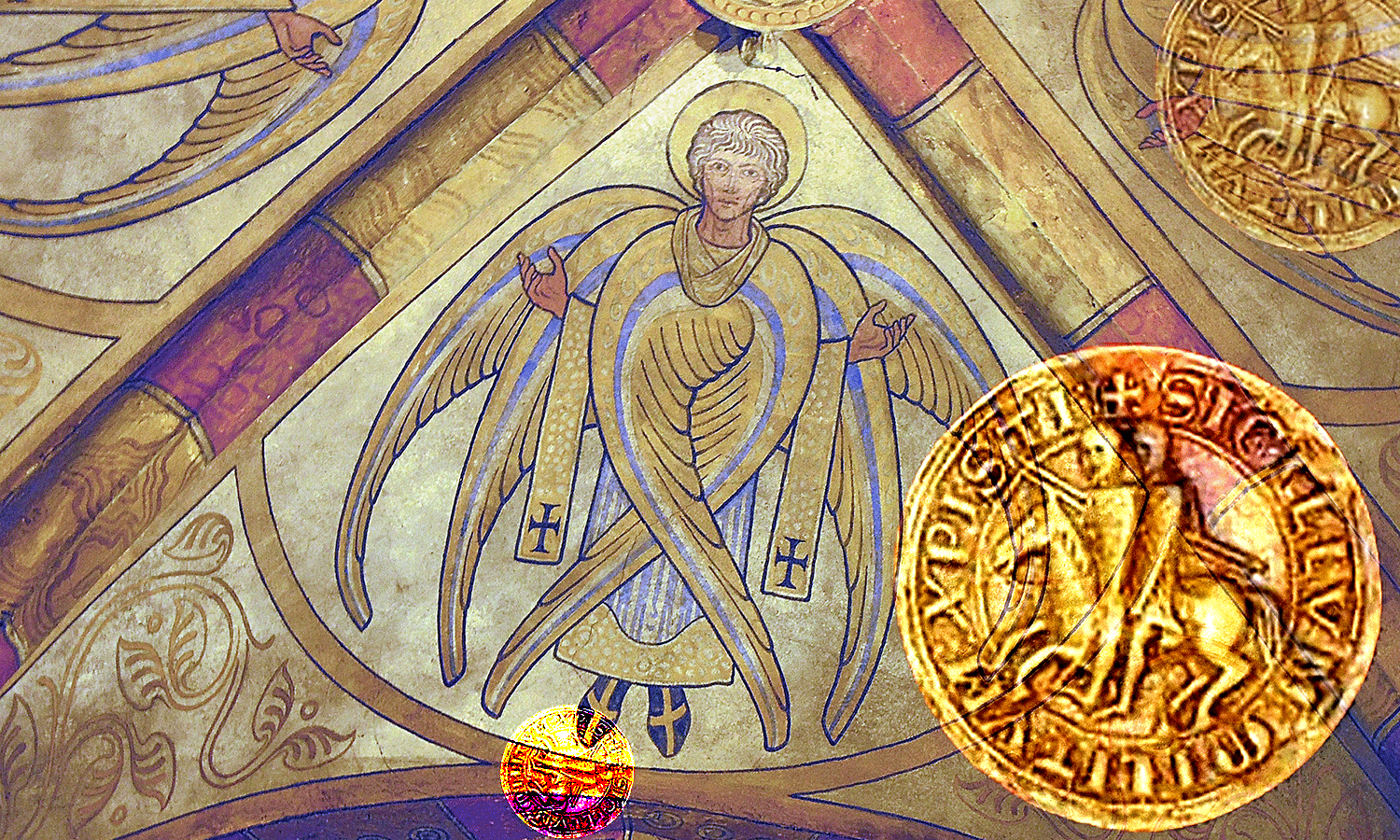 The power-up position was used to trigger a kundalini rise. Naked, standing, parallel feet 30 centimetres apart, arms running along the body, back straight, knees bent enough for the thigh and leg to form a 50° angle, yes, I know, deadly hiking… This damn position had to be maintained for a minimum of 20 minutes. Then, 40 minutes. Then an hour, and so on, for each additional twenty minutes. The longer this position was, the more the energy vibrated the body of the impetrant, revealing the slowed or deflected chakras, as well as the tiniest disturbances of the energy pattern.

My body remembers holding it for a hundred and sixty minutes infernal, before collapsing dripping sweat on a flat mattress to do as he did. What did not kill me made me stronger. My benefactor called me to order, the torture was just beginning.

The position of balance on the kidneys was the obligatory complement of the first torture. It was necessary to have a stable and massive trestle, whose support bar was surrounded by a thick blanket, to cushion the pain.

Place yourself on the back, in balance, by positioning its center of gravity in the middle to allow balance. Neither feet nor hands touch the ground. This keeps the body resting on the kidneys, forcing it to arch atrociously, which allows the kundalini to climb like a furious and clean everything in its path. The central channel of the energy is clean and scrubbed. The smallest dams have disappeared, planed by the impetuous flow. The awakening is there. Or if it was already present before the exercise, it has climbed several degrees.

These practices, which can be likened to torture, my body of pain remembers, were aimed not at hardening endurance and resistance to pain, but at awakening kundalini. Thus the high ranks, the poor knights who came from the richest families of France, all experienced awakening and obtained great power over themselves, control and spiritual power.

Distant ancestor of the Templar movement, a secret rite, Templism,quoted by Alfred Weysen, L’île des Veilleurs, Robert Laffont 1986 contained in germ some specific principles of the medieval religious order. Focused on the body, we could see in Templism nothing more or less than a Western tantrism. An almost homophony could betray this filiation.

The Templars also possessed a whole register of sexual practices, positions, touching, intimate massages that allowed the ultimate miracle, when by force of pleasure, the flesh is transformed into light. Unfortunately, we have no written record of these hidden rituals. The practices of the left hand such as Tantrism in India must remain in the shadows. The established order tolerates them only in this way.

However, my own time line research gave me a solid overview. All the means to provoke, accelerate or strengthen awakening are at the heart of my concerns. The awakening by the senses — sweetness of perfumes, drunkenness of caresses, smell of colors, sweetness of scents, spanking of ditches, smoothed too daring, everywhere sweet fingers, the organ asthmatic organ, pretty enjoyment, crazy carelessness — so the mind is broken, The head is empty, the body exults. 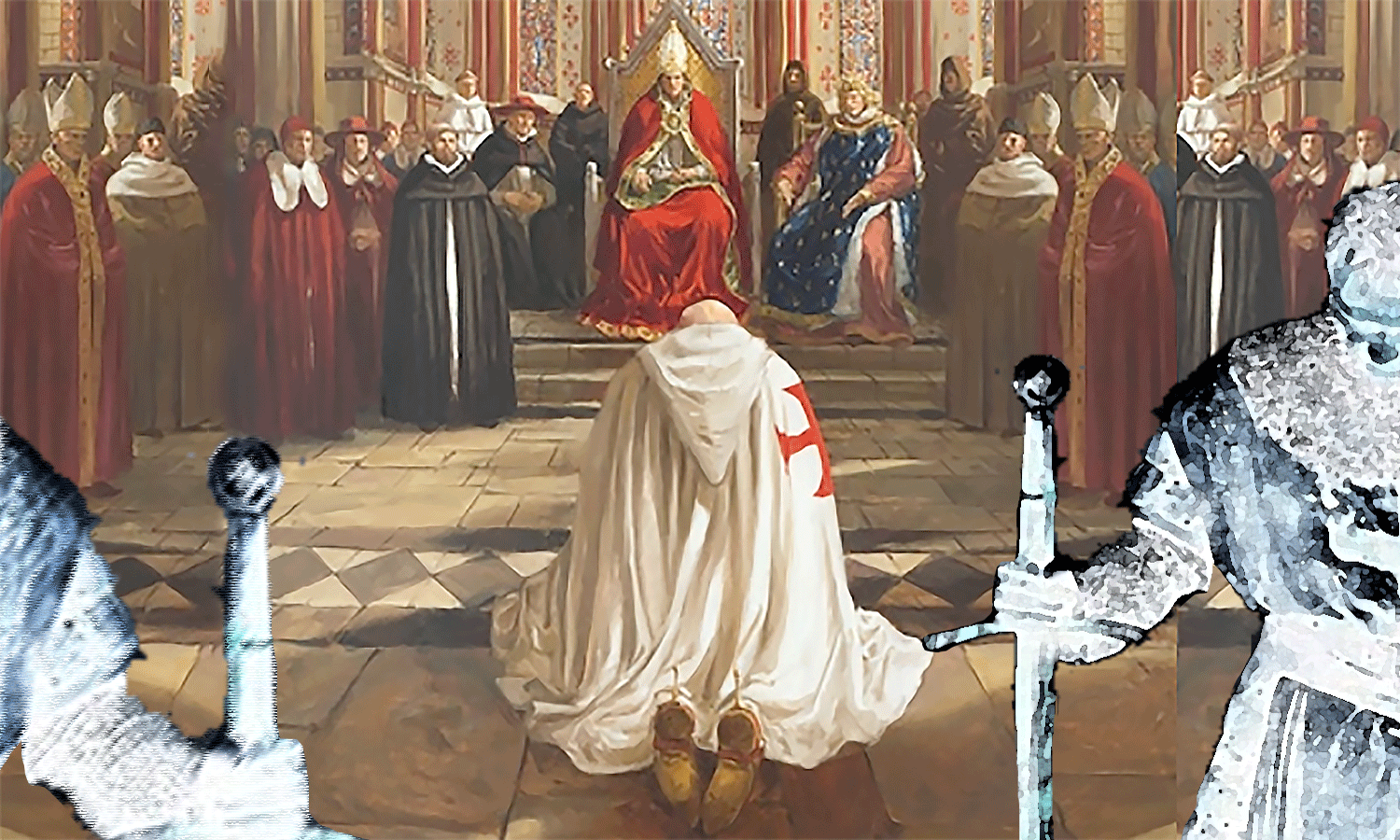 With all the disrespect that shows me, I christened this practice the Gnosis of the Ass, because by sex and free enjoyment was blossoming this path of awakening. All means are good, even the worst. Maceration, fasting and suffering are not, far from it, the only route. The Templars knew this. They practiced this strange gnosis. Hence some accusations distorted by ignorance and hatred that were made during the trial: sodomy, Satan’s embrace, etc.

This is all that can be said about this little-known practice of the Templars, their sexual rituals derived from Templism. Brotherhood of awakening, Templism emanates from the most ancient western tradition, according to Weysen.Alfred Weysen, L’île des Veilleurs, Robert Laffont 1986 I suspect therefore a probable hyperborean origin therefore atlantean.

This same tradition that spread throughout the planet, descended from heaven to educate men and raise their consciousness. To this end all means are good. And all good ones are divine. Even dummies are passable. But beware! If these practices tempt you, exercise your seductive charms elsewhere. Do not confuse professor in pulpit and professor of flesh. I speak of it, it stops there.

By the way, you know the proverb: big talker, small doer. My advice: see a true fake guru. Many of them do not have my scruples.