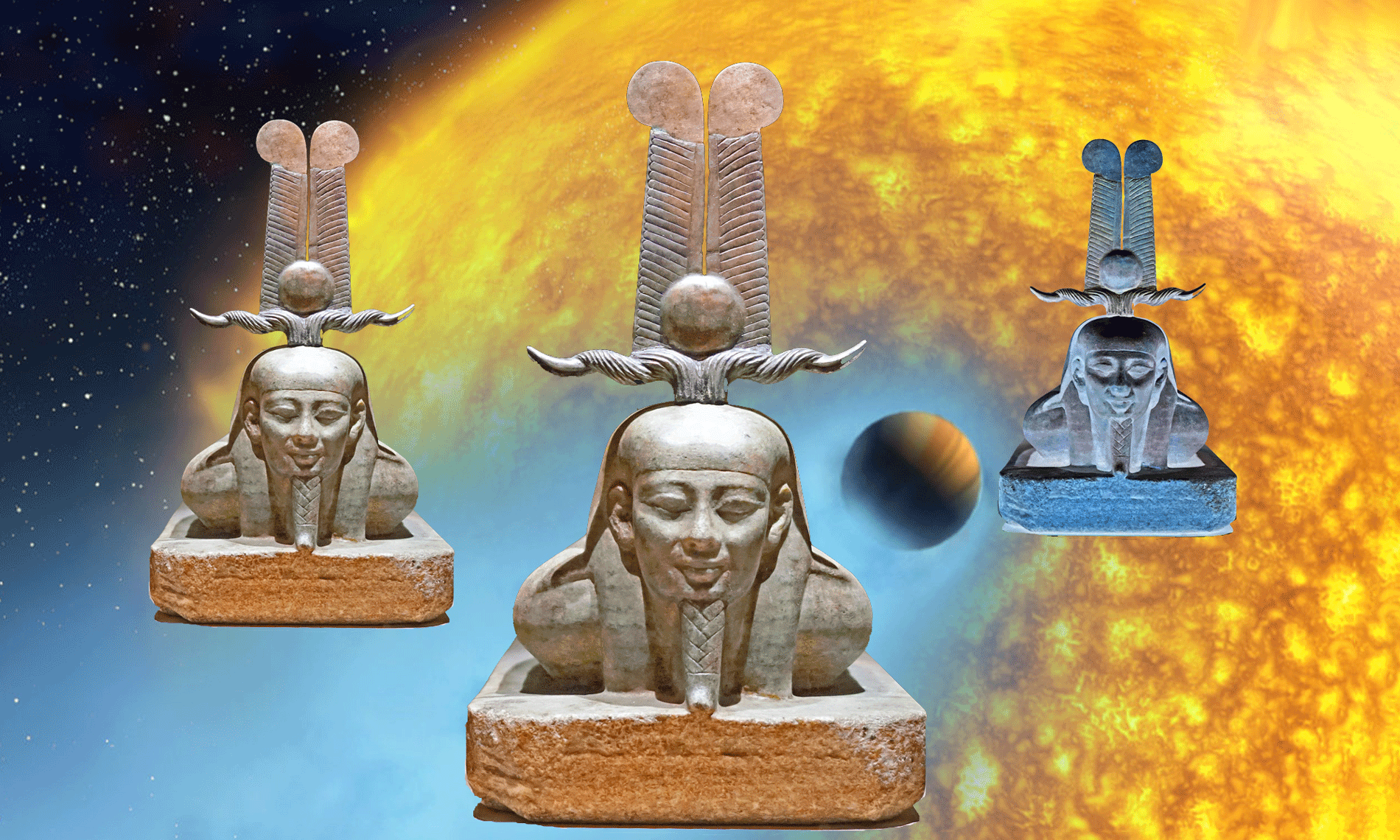 With details that may escape the speedy researcher, the Antiquity reveals some of its technology … including the radiant guns. Always dangerous weapons.

We have seen the lightning of Zeus, a sometimes fatal sometimes curative ray gun. We have seen the vajra of Indra, also dual-use. There is also the Gae Bolga of Cuchulainn, the hammer of Thor or the xiuhcoatl of Viracocha. None of these weapons are innocent. All rely on magic, or rather on a powerful electronic technology. The ark of the covenant between Yahweh and Moses also uses similar technology.

On the bas-reliefs of the temple of Seti in Abydos, Osiris wears crowns of different shapes. Graham Hancock points out a mistake: “Such crowns are an essential element in the costume of Pharaohs. Oddly, however, in two centuries of excavations, archaeologists have never found a single specimen of royal crown, not even a fragment, not to mention the ceremonial convoluted cap associated with the gods of the Prime Time.” (source)Graham Hancock, Fingerprints of The Gods, 1997 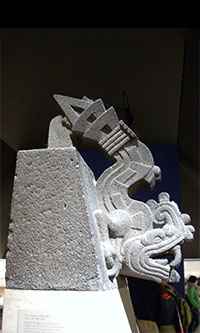 These technologically shaped crowns are all decorated with antennae and gadgets like ray-launchers. No wonder nobody has found any trace of it. These crowns with technological shapes were invaluable and could cause great damage. In a responsible way, the gods have left nothing dangerous behind. All the crowns are decorated with antennas that evoke ray-launchers. These crowns were associated with brain sensors generating rays of death or cure. So they were both weapon and cure.

The most impressive is “the crown of Atef, which appears to measure more than two feet long. According to the Book of the Dead, it would have been given to Osiris by his father Ra. But from the first day where he wore it, Osiris suffered from severe headaches, and when Ra came back in the evening, Osiris complained that his head was sore, and had swollen because of the heat emitted by the crown. Then Ra tried to drain pus and blood.” What kind of crown was it to generate heat and cause bleeding and bad wounds?” (source)Graham Hancock, Fingerprints of the Gods

Quite a telling description: it was a really dangerous machine … including for the user, who needed time and pain and sweat and tears to get used to its powerful radiation. We can also find the use of ray-launchers among the Aztec and Inca civilizing gods, Quetzalcoatl and Viracocha. “Local legends tell that the gods of Ancient Mexico were armed with Xiuhcoatl, ‘fire snakes’. They emitted rays capable of penetrating and mutilating the human body.” (source)Graham Hancock, Fingerprints of the Gods 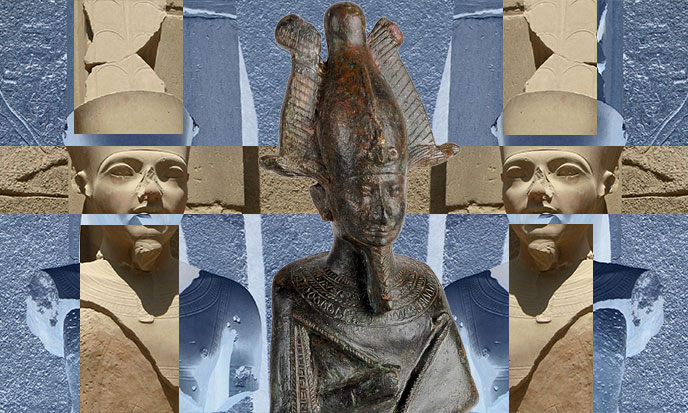 Remember this aborigine tradition which says that the former men were the Brothers of Lightning, as well as rock paintings in Australia that show giants with dotted lines spurting from their fingers. As for Elijah and his Elohim, no source explicitly refers to their weapons. Yet, many parts of the Bible or related sources would become much clearer if the use of ‘modern‘ weapons was clearly indicated. It is not the case, for Jewish people of that time were too ignorant of these processes they took for magic.

Thus, the too curious Hebrews blast by the Alliance Ark, or the episode of the burning bush, or the wrathes of Yahveh on Mount Sinai, or the destruction of the walls of Jericho, or that of Sodom and Gomorrha. Elohim, Quetzalcoatl, Atlanteans, they all belong to the same type. If the Elohim could have reproduced with humans, they are human. Besides, their physical appearance is so human that they cannot belong to another species. As for their bad temper, only Basques or Bretons have the same. Zeus is a bad guy, but a human guy anyway. Just like Prometheus who invented man to annoy Zeus, and it worked! Idem for Yahveh the struggler, jealous and tyrannical, who killed and shouted around: “Thou shall not kill!“ 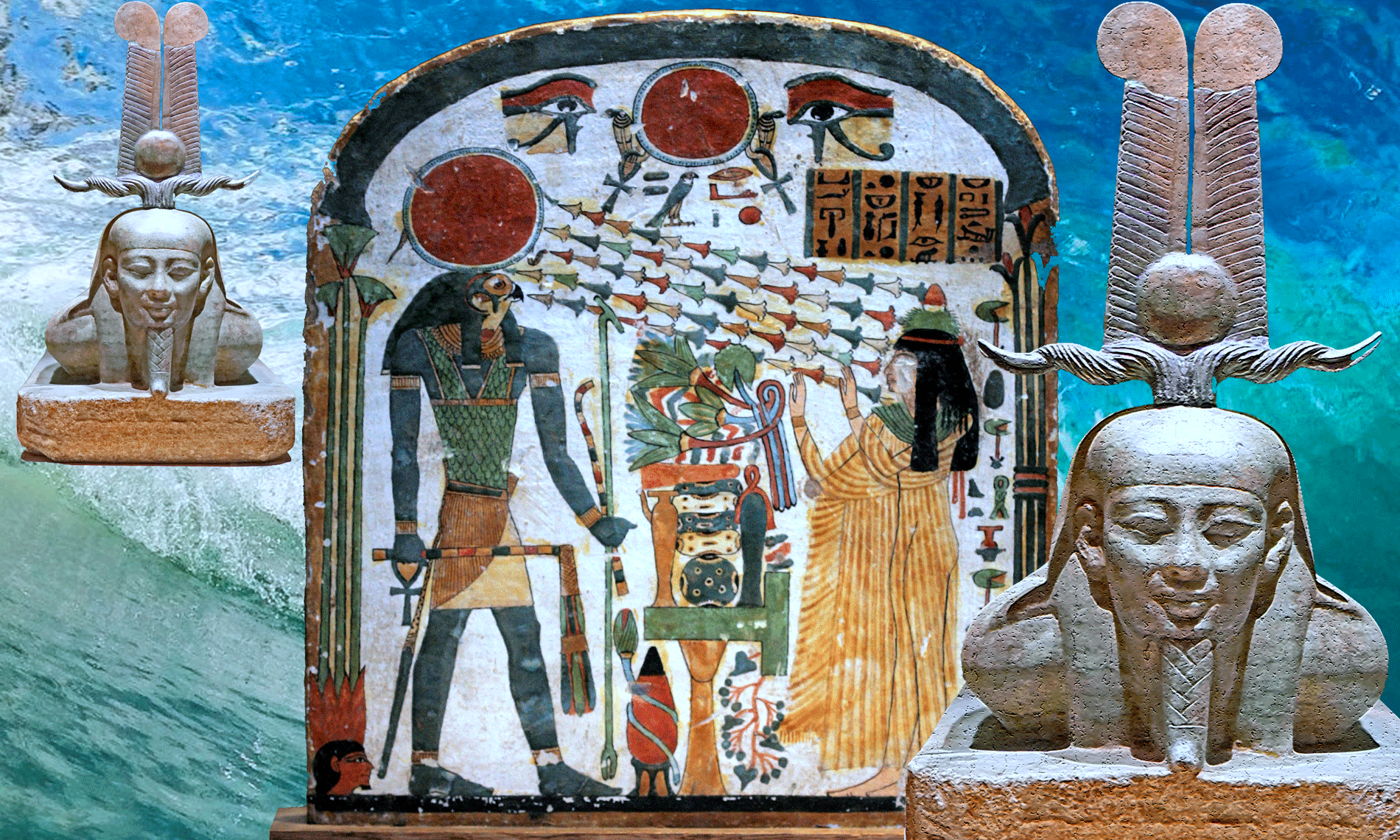 All these gods, beings of great power, possessed awakening technology materialized in handguns, forehead- or beltguns … These weapons projected rays to heal, to kill or to awaken their target.

On the stele of Lady Taperet,see above one can clearly sees the beneficent rays, represented by flowers, which illuminate the priestess. 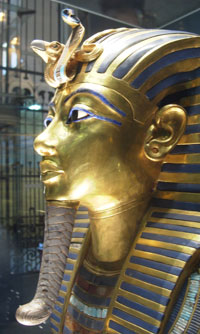 These rays come in – or fall from? – the red ball that overcomes the crown of the god Horus, son of Isis. This is, without a shadow of a doubt, the reprensentation of awakening given by the god to Lady Taperet.

As for the uraeus, this erect cobra which adorns the crowns of almost all Pharaohs, it does not escape the rule.

The uraeus, at least the first model, was a ray-launcher directly triggered by the pharaoh’s cervical waves. Then, laser technology was lost, but the Pharaonic crowns continued to show a cobra, but it was only a harmless copy of the primitive weapon.

In the next photo, the crown of Tutankhamun belongs to the second category: the uraeus is nothing but a harmless copy.

This is how unnecessary symbolism replaces effective technology, when the original knowledge is lost.