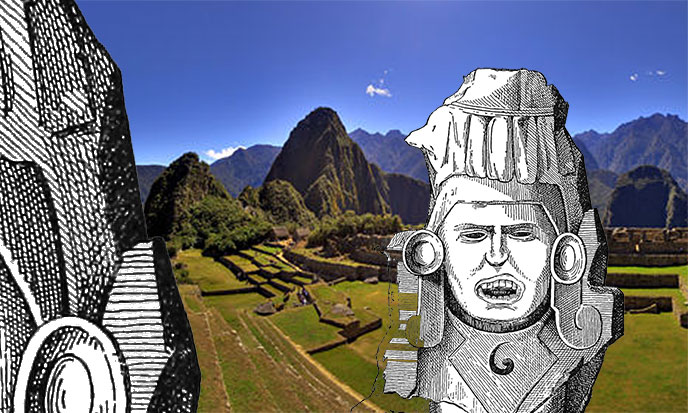 What did the former gods look like? As strange as it may seem, it is possible to draw their robot portrait. At least as far as the White gods are concerned. Yes. The gods have different skin colors. Popol Vuh describes Black gods too …

The Bible,and many other holy books say that we were created by God. Inaccurate. We were created by gods, scientists and skilled giants. Furthermore, our creators have not created us from nothing. They just couldn’t do that.

To speak the truth, they were not real Gods but only Demiurges. They were not creators but designers. In fact, they simply modified their own genetic program that became ours, a less efficient and less lasting one.

But thanks to Prometheus (or Elohim, or Enki, it’s the same, they both made and protected us) our species, so fragile and inadequate as it seems, has managed to prevail on Earth, where it now rules.

Who created our creators? This question remains unanswered. In a way, our designers are our ancestors. Since we are « the sons of God who made us in his image. » (source)The Gospel of Mary – Miriam of Magdala by Jean-Yves Leloup

The first Homo sapiens sapiens, our ancestors, had an attitude of awe toward them, the “gods” have abused their dominant position to gain respect and service, it’s human… But then, if the gods are men, what did they look like? First, they represented different races.

The biblical tradition as the Mayan tradition tell us that they were seven, the seven Elohim or the seven companions of Quetzalcoatl. Among them, there were black Africans, but also whites.

The Popol Vuh gives us a very accurate description, sufficient to draw the portrait robot. The gods belong to two distinct ethnic groups and which do not mix, whites and blacks. The Black American Gods are of Negroid type and of African origin.

The White Gods are European-style, or Nordic. If the whites are more engineers and geneticists, the blacks are a caste of warriors fierce and of great nobility, like the Ksatriyas in India. Were bred and trained for warfare, even if the young Whites took their part too. 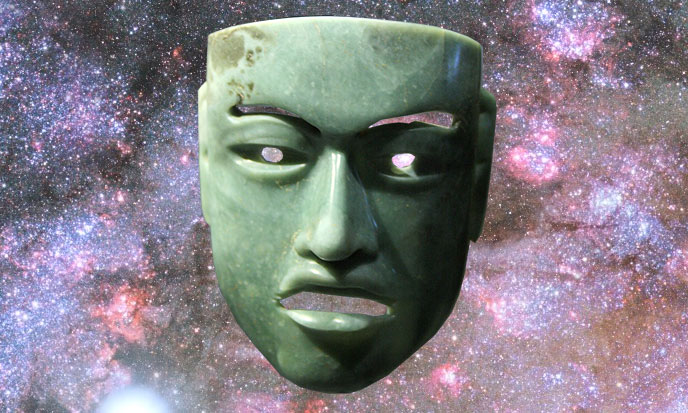 The latter had ivory skin, red cheeks, curly blond tight hair like Rastafarian dreadlocks. Their eyes are thin or slanting; the iris is light colored, yellow or pale green. Their cheekbones are high and prominent. Their nose is a vulture’s beak, which is why they were called snakes-vultures in Mesopotamia. They are tall, and even some real giants with their 4 yards high. Were found skeletons of this size in Peru, but no scientist noted this.

It was also found elongated skulls with characteristics quite unique. These skulls have not only been deformed postpartum, they clearly belong to another species. This is a major discovery that science, once again, despises. Yet, and this seems inconsistent, they breed with humans. Genetically, they and we are compatible, apparently. What would not be surprising if they have made us using their genetic material…

On this planet, at present, unless omission, there is only one race of Homo sapiens, ours. But we know there were others in the past, like the Neanderthals. We thought long they had been unable to breed with our race, the contrary is now accepted and proven.

Why could we not suppose that other races were able to cross with ours? Anyway, all these traits make them men, not gods. The first textsSumerian, Aztec, Inca, Egyptian, Greek or Hebrew describe a vanished race, but very human.

A race of muscled giants invincible in battle, a people of supermen with hair of woven straw, an ivory complexion, cheeks always red, where the skin is so thin that the blood is seen through.

However, one particularity stands out, which seems much less commonplace for men: their skin is described as brilliant, luminescent. At first glance, there is no explanation for this phenomenon, but let us remember that we are dealing with highly developed civilized people, very keen on high-tech. 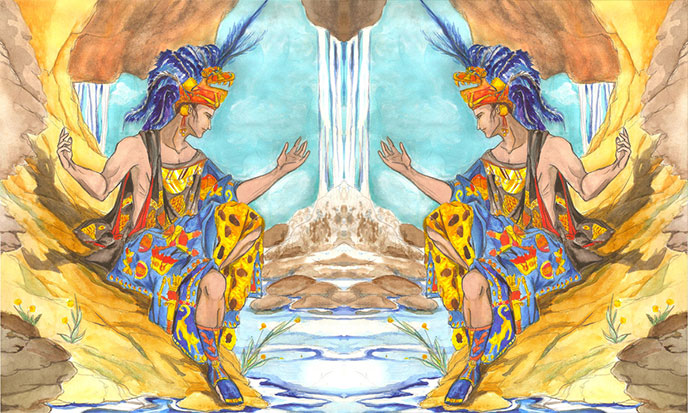 Probably they feared the sun, which supports the theory of the Abzu or Sidhe, a world beneath our feet where they would have lived… According to the Sumerian epic of Annuna-Ki, all planets are hollow and have an inner world, which they call the Abzu.

In Abzu, renamed Agartha last century, the light source is either an inner sun, right in the center of earth, an everlasting sunshine; or it is an artificial light-based energy called Vril.

The legends say that the energy of the inner world is a source of great longevity. Could it also be the cause of this curious fluorescence of the Former God’s skin?

Two men looked by the bars of their prison. One saw mud, the other saw stars. (Idries Shah)

In addition to this article, be sure to read Black Gods of America

We believe we lead destiny, but it is always destiny who leads us.