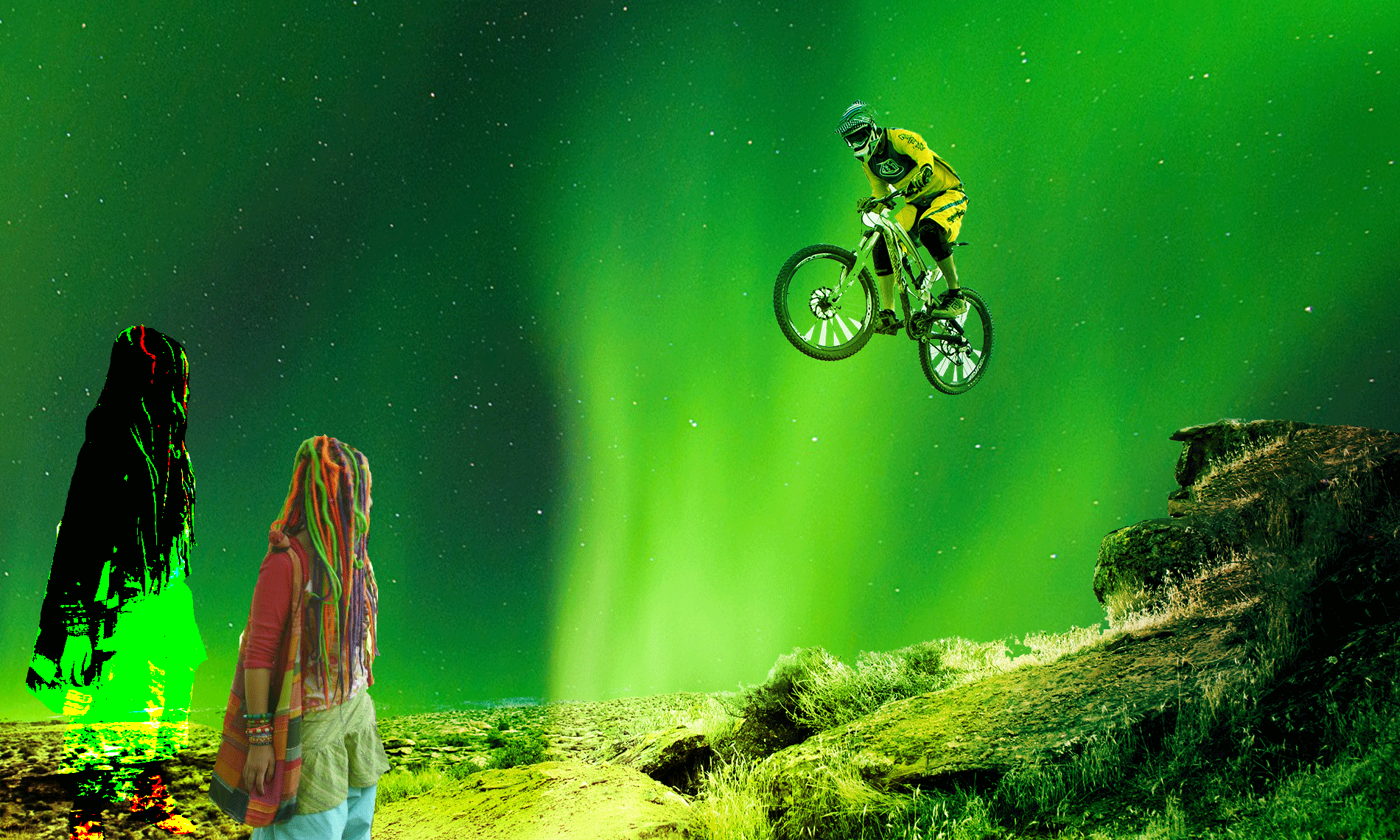 Several readers have written to tell me almost the same story. We’re not moving forward. Inexplicable blockages in the home stretch, projects that fail before having seen the light of day, it does not advance anything, worse: it recedes. A few of my close friends have been through this stuff as well. And you who did not write to me, did you feel it? Difficult, unpleasant, unstable, lamentable. Very clear feeling at the level of the belly: we drive with the brakes tight.

My brakes have never been permanently applied like now. As a kid, I was freewheeling and going full blind. The people around me were all still, even the cars marked time. I was Flash Gordon, I was Superman. I was going faster than the music. The soundtrack was so out of sync that I answered the question before I was asked. Anyway I was so out of print that I no longer understood what I was being told. Or otherwise more often.

While drooling learned words, the former gods are now sons of the wind. This is not what I was asked, but I wanted to clarify. No offense, let’s close the apparent ease. Did someone ask me something? And why something rather than someone? It is inductive. There is induction. Who induces leads. Who leads reigns. Lead yourself, you will reign over yourself. Lead the others, you will perish in the flames of hell.

No one is ever born to be a natural leader. Some are born with an indomitable ego. Pity them. And pity their victims.

Growing up I learned to slow down. I just lifted my foot every now and then, just enough so that I could be followed. But I continued to get intoxicated with pure speed. I loved to feel the subtle wind stroke my dreamy hair as I spun in astral flight. In the real mundane, I was bored stiff. I stayed there as little as possible. It was at this point that I developed my second attention. I wanted to know what was going on in other people’s world as I moved into the astral. One foot in every world. To be able to jump from one to the other and from the other to one if necessary.

And quick. No time wasted. After that I learned to do two things at the same time. Read while watching a movie. Listen to several conversations. Write while eating. Eat while walking. And more and more stuff at the same time. It passed me, even if it still comes back to me years later. But I still hadn’t learned to brake. It came recently. And now I’m standing on the brake. I have to crush to stay at the level of the old world which does not move at all. The new world calls for swift, highly mobile warriors as lively as he is. So I have to cut myself in half. One that spins, the other that slows down.

The old world is dead, but it doesn’t know it yet. Its decaying corpse stinks the air of its cathedrals, gigantic cities and mega-cities. Lost areas. Fallen places. People sinking. Dark rubble. The foul and noxious rot. Whoever inhales the air ends up six feet underground. Even at full speed, time stands still. Imaginary hour. Ordinary horror. Everything is frozen in the mire and binds it. Everything oozes disgust, the harsh. Envy is snot. The heart is drooling.

– Stop! Even the poorest are people, you bastard. And not beasts, not amorphous larvae. Yes, you said it. Yes, you thought so. You’re not like them, are you? Handsome, rich, stupid, elected, frigid, dressed, undermined, shod, nothing to do with these ass-naked.

Why deny? You just wrote it. Enemy pride. Perfidious sufficiency. Illusionary size of the infusor. Bacterium megalomania. You human, take yourself first by the hand. The giant who sleeps in you tomorrow will wake up, from today if you believe in him. He is you. His great strength is yours. You were born under a shooting star, you can win all the races, don’t forget to race yourself too. The many yourself who live under your roof. Your you as a common part of the thirty-six you-citizens of yourself.

But what is this business of tight brakes? I told you. It’s the way we behave. Full throttle when you’re little, jerkily when you’re young, cautiously when you’re mature, stationary when you’re old. Brakes on, it’s an old thing. Very, very old. Young people have never done that. Now they do. From the age of 40, they put on the brakes. Over. They don’t move forward. Soon they don’t move at all. Really they don’t care. My surprise.

If you think you’re going into the wall, it’s okay to brake. Yes, but if the danger runs behind, you brake, it catches up with you. Bad plan. You don’t know where the danger is, if it is, it’s everywhere. Yes, but if it is, it is nowhere. Beware of yourself. The warrior is in control of his emotions. He seeks serenity to let the light shine. A warrior does not let go. Being afraid is a dangerous weakness. Stay impassive, little scarab. Your fear scares the mirror destiny which sends it back to you in the face. You think you are right to be afraid when fear disturbs your reason.

Apply the brakes as much as you want, that won’t prevent the earth from turning, your death from moving forward and time from passing. You don’t care, you’re in no rush.

The world is going at its double pace. Fast or too slow depending on people. Too fast or quiet according to others. It is in your interest to follow some like yours. Witchcraft well practiced is above all a matter of timing. A wizard who has no sense of timing is a shitty wizard. A trick can fail, even well developed, if it does not arrive at the right point. The right person does the right thing at the right time. We don’t choose. It is imposed from above. To live is first of all to buy your ticket. Otherwise the real life train will leave without you boy. It’s up to you. Don’t complain, you wanted it like that.

A sorcerer respects himself. Above all, do not see it as the automatic distributor of favorable predictions, the unbewitcher or the fire-eater. He doesn’t swallow long swords. He doesn’t lie on a bed of nails. He does not wave his long tail in an obscene pavane. He does not dance his trance, because he is not a performer.

In the overcrowded solitude of his inner self, the sorcerer raises his kundalini, the sacred fire, the blaze of awakening … 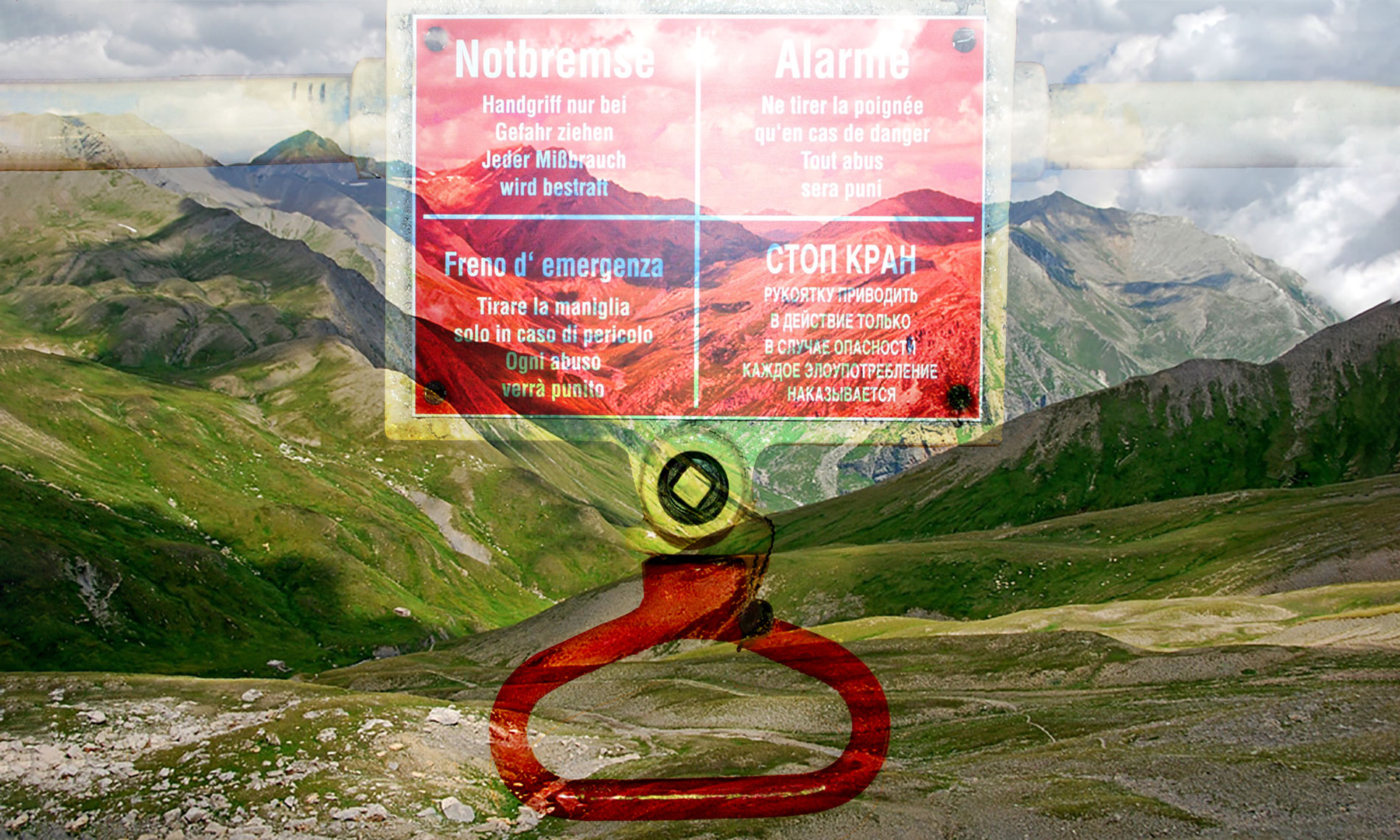 This braking attitude is a clear refusal of the world as it is, of life as you live it, of your work, of your partner or of your partner, of your colleagues, of your children, in short, if you brake , paradoxically, it is to end it more quickly with a heavy parameter. Insupportable. Stifling. A big invasive thing that has done more than its time.

So no need to ruin yourself with your psychoanalyst, the solution to ALL your problems is obvious: change everything. From top to bottom. And quick. Tell me if it reminds you of a tarot arcane. How? ‘Or’ What ? But yes of course, the Hanged Man by the heels. The upset who sees his life upside down. The destabilized who no longer knows where he is. Whoever wants to play the angel plays the beast. Whoever thinks he is more advanced than he is, runs the risk of regressing. Life is not a long quiet river. Not that of the warrior anyway.

Brakes blocked? It is a syndrome. Himself a symptom of a malfunction. Affective, family, existential, professional, who cares. You are not well, that’s all. The quads who come to see me all have the same thread. A more mature, more self-confident companion who eclipses them and makes herself indispensable. These big boys don’t live for themselves, but for their girl who is a new mom. This allows them to regress a little, become a baby again, suck their thumb …

I once knew the opposite situation. Then when the women started to assert themselves, I knew my share of castrators. It looks like a singer. What is the name of the cantatricesinger of Tintin? La Castafiore. Take the beginning of her name casta, and the end of her profession: trice, that makes casta-trice. (Almost) castratrice.castrating (Almost) perfect example of the language of goslings wielded by a master of the 9th art, Hergé. Did he do it knowingly? I believe him. Of course we only lend to the rich. Hergé is a pioneering genius, a pioneer who knew how to make himself heard. So yes, I think he meant “castrating”. Everyone will have their own idea. Yet I maintain that, conscious or not, the intentions expressed in the work are to be credited to the artist.

The masters of Franco-Belgian comics behaved like initiators, our generation of sixty-eighters owes them their thanks. They taught me everything. Showed the way. Open horizons that I still explore. Be blessed my dear friends, Franquin, Hergé, Greg, Tillieux, Jacobs, Giraud Moebius, Edika, Loisel, Cosey, Conrad, Gébé, Reiser, Wolinski, Gotlib, Maester, TaDuc, Juillard, Schuiten, Tibet, Peyo, Uderzo – I forgot two hundred or so, they forgive me if they are still here. 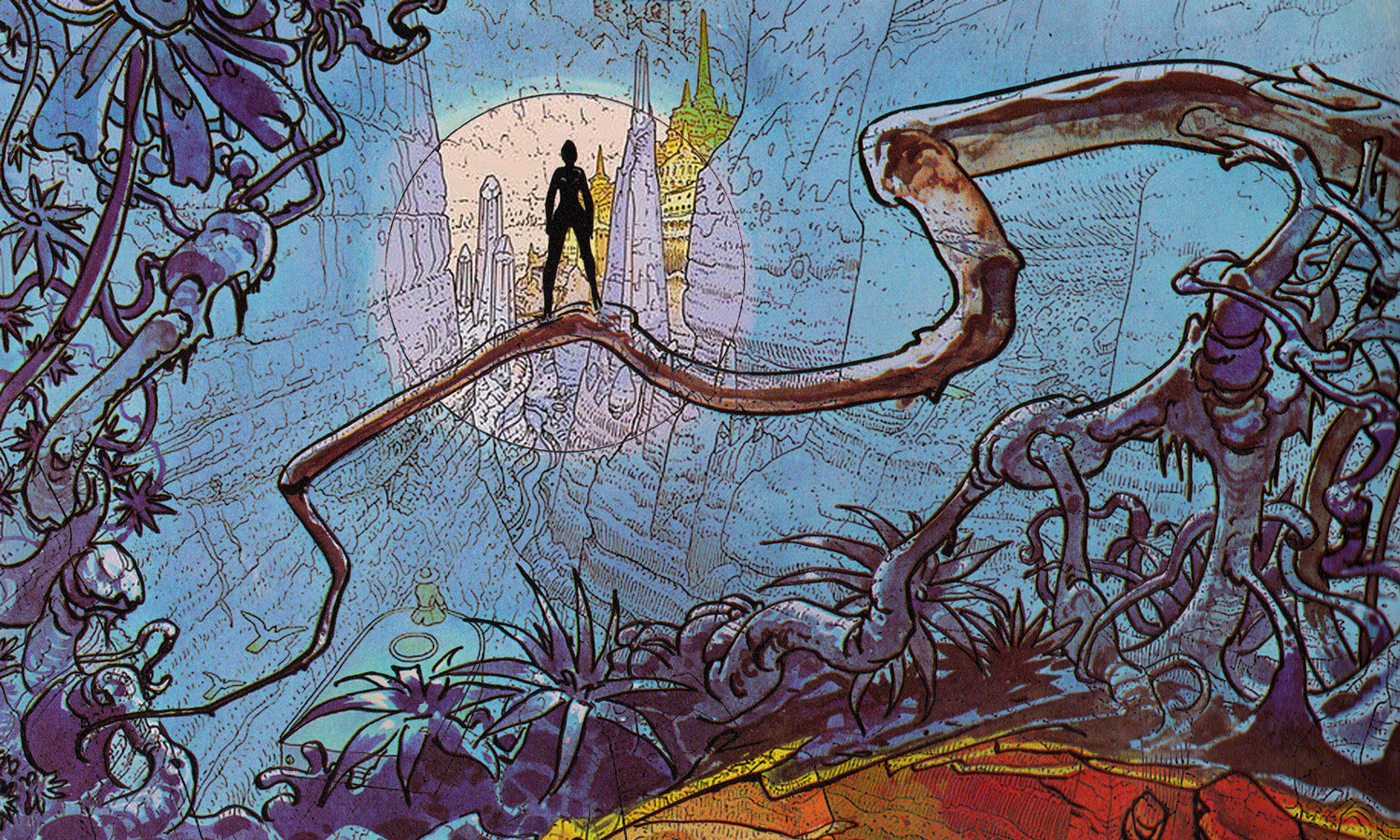 Enjoy, my dear Xavier, take advantage. But in your great joy do not forget the adage: Arx tarpeia Capitoli proxima, The Tarpeian rock is close to the Capitol.