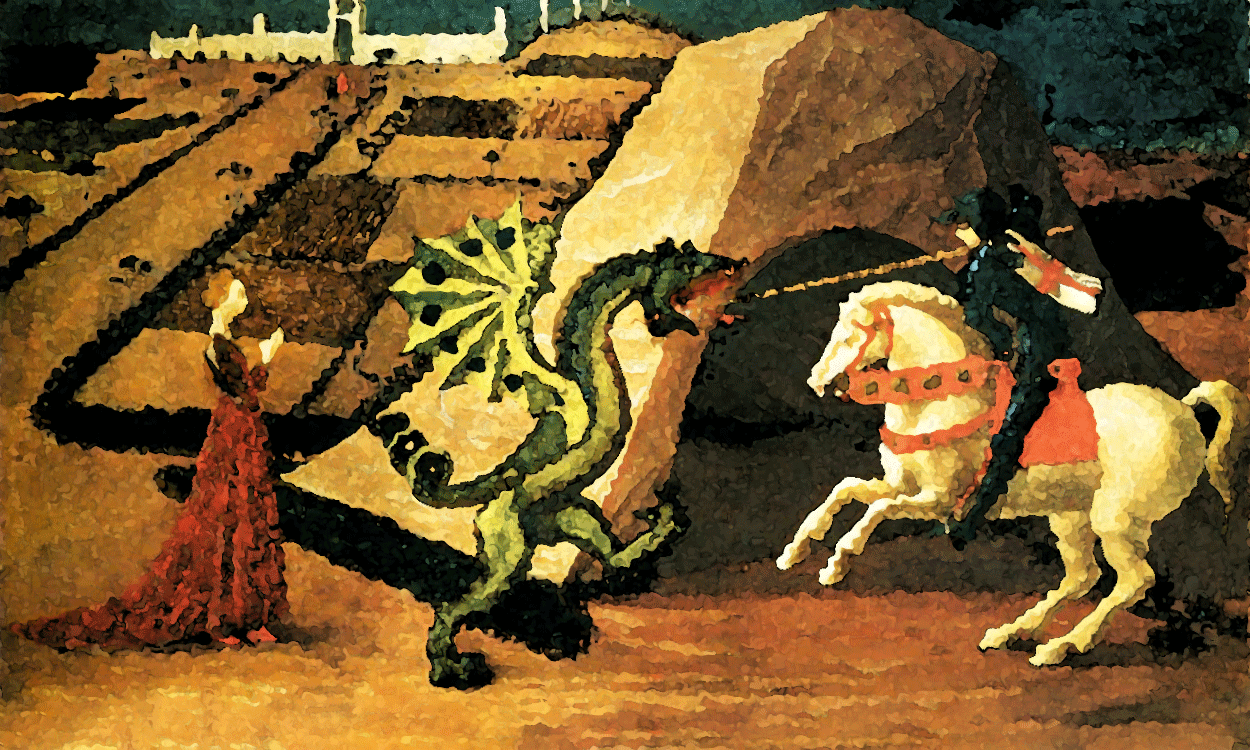 Some time ago, I published an article about the ego, and how this protective mechanism becomes, over the course of internal evolution, an insurmountable block. A reader told me about his difficulties on this subject, asking me how I had done to solve the problem.

Sorry to disappoint you, friend reader: I did not succeed. It seams impossible to definitively solve the problem of the ego. This is not given to humans, I am afraid. In other times, Jean-Claude Flornoy opened the doors of the other world. I owe him this second life that took root in the first, the one my parents gave me. My benefactor has found a lot of precious things, a wealth of know-how buried in the mists of time. He passed them on to some of the astral explorers I had the chance to be part of.

I had already explored the world in search of myself, during my youth. To seek oneself entails a great risk, that of reinforcing one’s ego. Without ego, the human being can not live. With a powerful ego, the human being can not divinize himself. The ego, Jean-Claude said, is the only part of ourselves that will never know enlightenment. A dominant ego is useful in the material world, it becomes a major handicap in the spiritual world. C. G. Jung agreed:

The first half of life is devoted to forming a healthy ego, the second half is going inward and letting go of it. (Carl Gustav Jung) 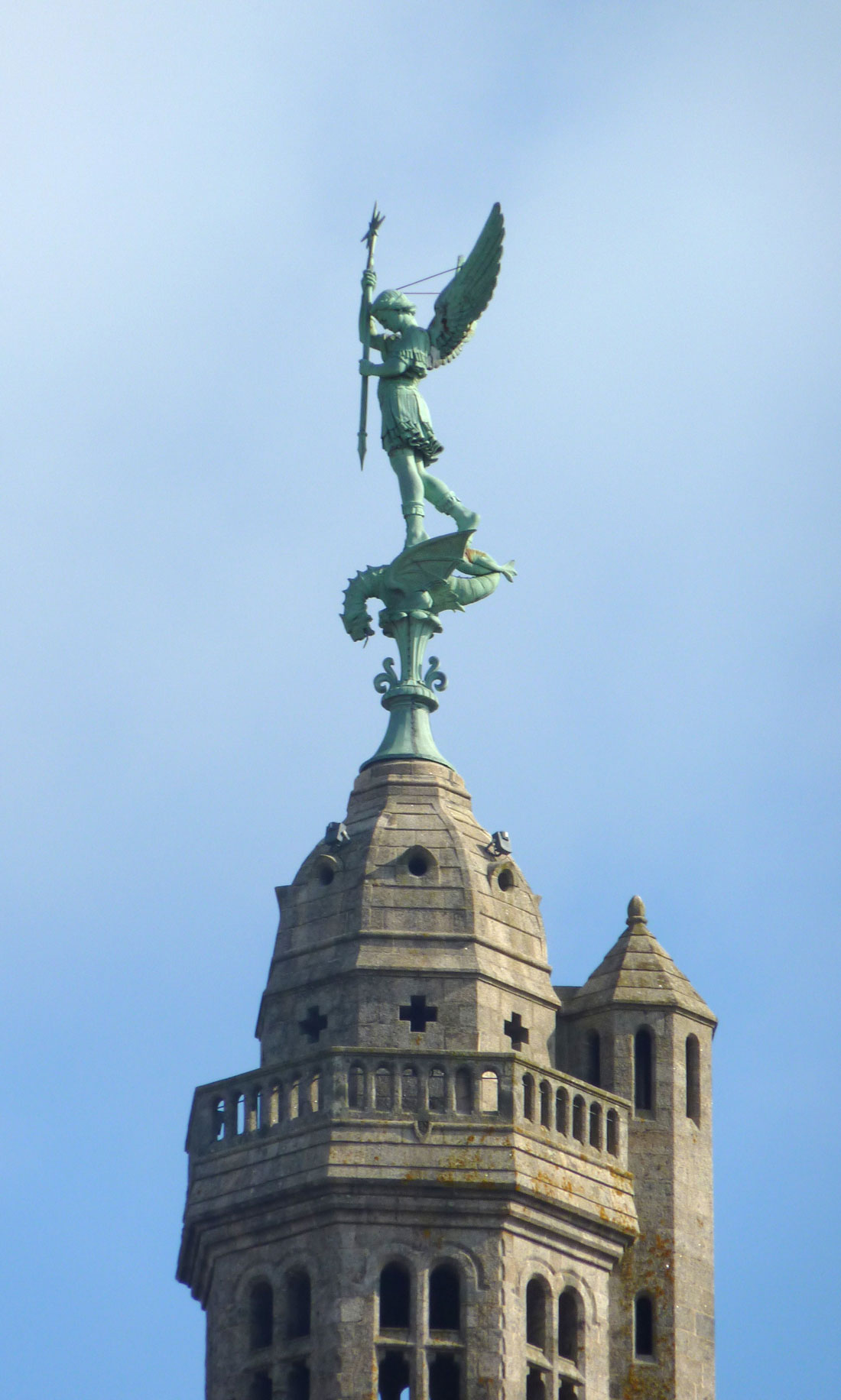 If one can not get rid of the ego, and the ego is opposed to enlightenment, then it is impossible to awaken. Yet enlightenment exists. How to reconcile these two truths? Here again, the middle way is the solution. I can not kill my ego, otherwise I die. but I can keep it within limits that do not prevent awakening.

Jean-Claude liked to tell the story of the two Christian saints who fought the dragon of the ego. This is Saint George and Saint Michael. Saint Michael is the only one to have defeated the dragon. But Saint Michael is not a man, he is an archangel. As such, he can live very well without ego. Angels are carried by the Self. Eternal, infinite, total, the Self is confused with enlightenment. Some have met him in astral, they call him the being of light. I say it’s our soul.

What about Saint George, did he not defeat the dragon? Yet he was human. Small precision: George did not slay the dragon, he wounded and then put to flight. Big difference!

To put him to flight is an effective tactic, knowing that he will come back sooner or later. The ego always comes back, accustomed as it is to direct, persuaded that it is without him, it is the death without sentence. For the ego, entering the white light of enlightenment is a way of dying. The ego knows that at the end of the path of enlightenment, the being will merge with the universal consciousness, and he, the ego, will return to nothingness. As long as we act in the material world, the ego is our shield. As soon as we give up the material to turn towards the light, the ego brakes us.

The best way to contain the excesses of the ego is to break the mirror of self-contemplation. Erase my personal story. First there was the great spring cleaning: the arcana XIII, the initiation to the little mysteries. I plunged into my inner abyss in search of engrams –these emotional blockages which limited my evolution and which kept me in the sufficiency. After that, for about fifteen years, I became the initiator after being the initiate. I passed the arcana XIII to many people.

As their engrams faded, burned by the fire of catharsis, I took the opportunity to clean yet more personal engrams that had not been dislodged by my own catharsis. Piece of luck ? Perfectionism? These many cleanings have exhausted me, many times I thought my last hour came, but, said Nietzsche, what does not kill us makes us stronger. I survived. Now I have retired from smuggler, passer-by. I do not take care of these catharsis anymore. But the work on the ego is not over.

An unrepentant collector, I had amassed trinkets, traces, tricks, trifles, bits of nothing and various oddities, as did the Knight String in his rag bag. The flames helped me clean it all. Twice, my house burned. A forgotten fryer set fire to my kitchen. Later, in another house, a failing stove burned my living room and my bedroom.

Everything has been destroyed of my memories as well as a good part of my own little story. Yet, in my head, there was still too much to live here and now. So I started telling myself in this site. I had trouble talking about me, I still have, the exercise is not easy. Braving my reluctance, exceeding modesty, stalking bragging, I got stuck. I have not finished. Telling one’s personal story is a good way to get rid of it.

When the ego fades, comes the self. The self which is in us communicates with the universal Self. This is another name given to the immortal soul. Another name given to God. Awakening is the world of the Self. Another world, believe me. But awakening is not a degree, nor a diploma, nor a license, nor even a status acquired once and for all.

Awakening is a grace that we receive and that the Self take back. The awakening lasts for a time, it illuminates the whole being to its smallest fibrils. It makes you shine, it draws on your lips the smile of the angel of Reims.see below Then it goes back where it belongs.

Rude is the fall. We stay naked. Disappointed. Cheated … It comes back, and then goes again. C’est ainsi, c’est ma vie.That’s it, that’s my life Extreme cyclothymia from the edge of the world to the heart of a sky, too many skies above. Temptation of the after, of the elsewhere. And then eternity on the spot, hic et nunc, fulfilling enjoyment at the edge of emptiness. One day perhaps the state of awakening becomes permanent, but this victory is not mine. I wish it to become one. 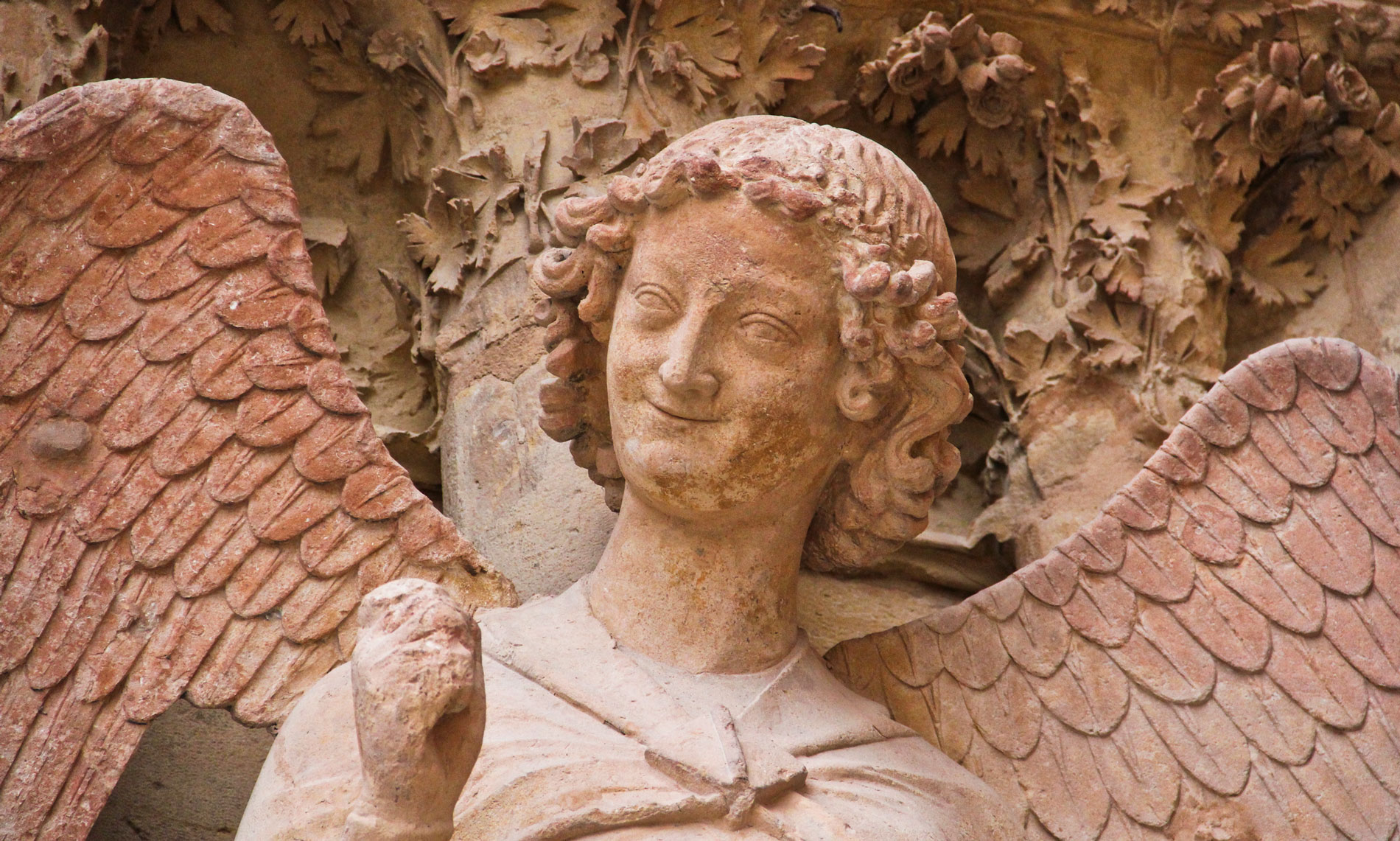