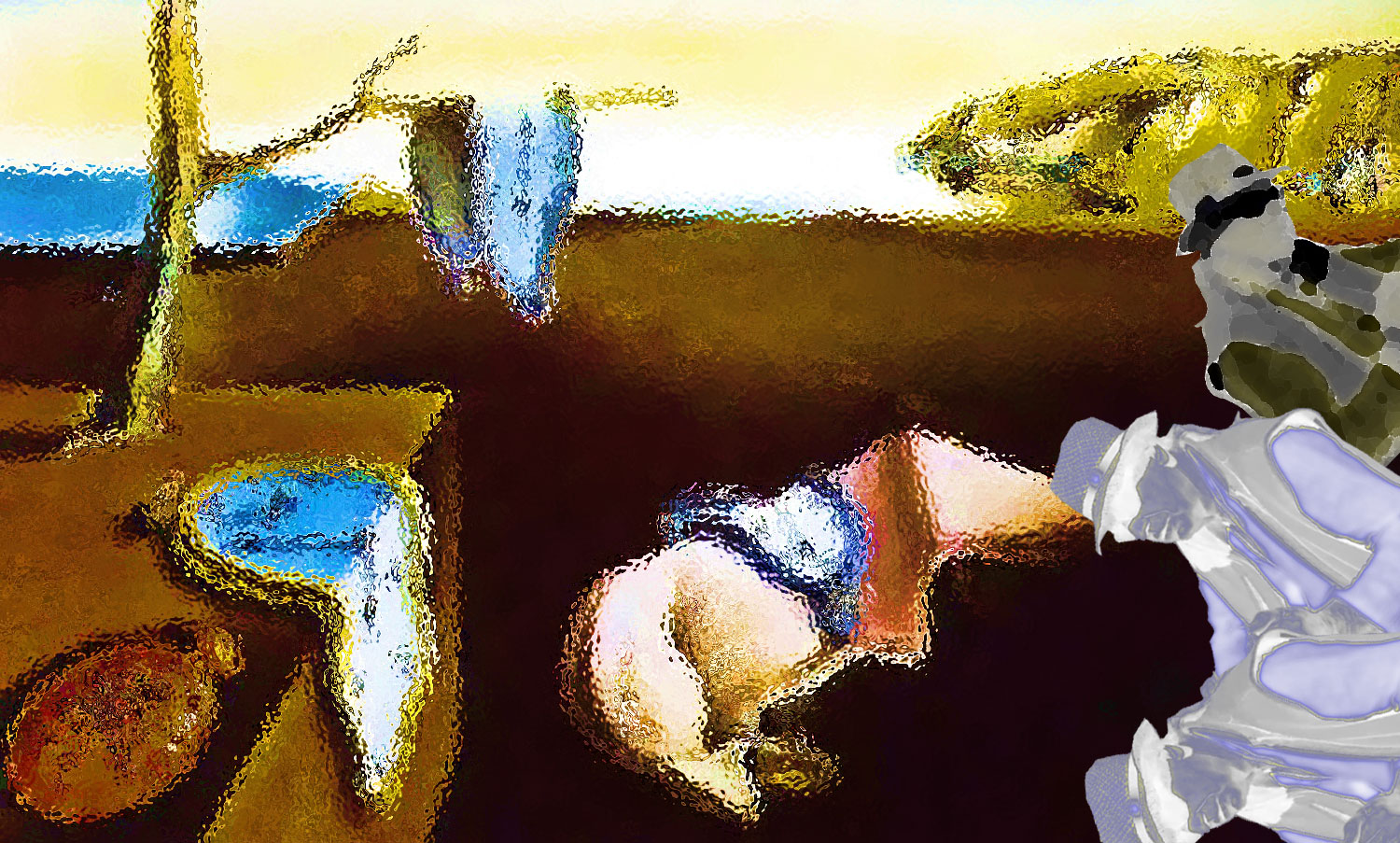 Both accelerating and slowing down time are part of the wizard’s powers. When circumstances compel him, he is capable to impose another rhythm on time. His subjective time seems to take precedence over objective time.

Since the end of the last century, the acceleration of time seems to go hand in hand with global warming. But in recent years, the phenomenon has grown. This acceleration accentuates the porosity between the plans of reality. The walls that once separated these different parallel worlds collapsed like the Berlin Wall.

Or rather, they are still there, but the acceleration has made us walkers-through-walls. Juan Matus, the benefactor of Carlos Castaneda, told him one day this confidence: “There are five great bands of emanations that we can assemble, one in which we are all, and two others on each side.“

This curious formulation comes from the magnificent theory of knowledge developed by the Toltec wizards, to whom Juan Matus constantly refers. What on earth means “assemble a band of emanations“?

In plain language, this means that there are four other planes – or systems of worlds – in which we can go. What does not mean: four universes parallel to ours. In fact, there are many more, an infinity no doubt, that are accessible to us in each of the five planes.

That’s what I wrote eight years ago. I could have said too that it’s not enough to understand, you have to do it. This is the first characteristic of any act or magic gesture. Something impossible to explain burst into the spatio-temporal web. Some kind of intruder, actually. A phenomenon that comes from elsewhere.

Since 2011, I have evolved in the fine perception of the phenomenon. I believe now that to change world, it is enough to change time. Time is the key to space, at least one of the keys I use.

Now time is neither the same for everyone, nor all the time. Sometimes it is slow, sometimes fast. This very timer is called subjective time. It is opposed to the measurable, universal time, ie objective time. Henri Bergson calls it simply: time, which he distinguishes from duration, or subjective time.

The subjective time depends on everyone, it is different for everyone. Yet, many people are feeling the recent acceleration of the world and time.

The speed motion of life, the shortening of distances, the coming together of peoples and other related phenomena are perfectly observable since 2012. Year of Elves.

This acceleration highlights a quality – I was going to write a power since it is one – which is common among warriors, and constant among wizards. The rapidity. Changing world is not always space changing, sometimes it is time changing.

Once I was frolicking in the crab-rocks of Le Guen beach with my friend Vathine. I knew her for forty years. It seems forever. Unfortunately we do not meet often enough.

To impress my friend, I start jumping from rocks to rocks. Badly, my foot slips on seaweed, and I fell backwards, my face turned to the sky which I see spinning round. Without understanding what’s going on, I find myself face down, with my nose a few inches from a sharp pyramidal stone that should have burst my skull. 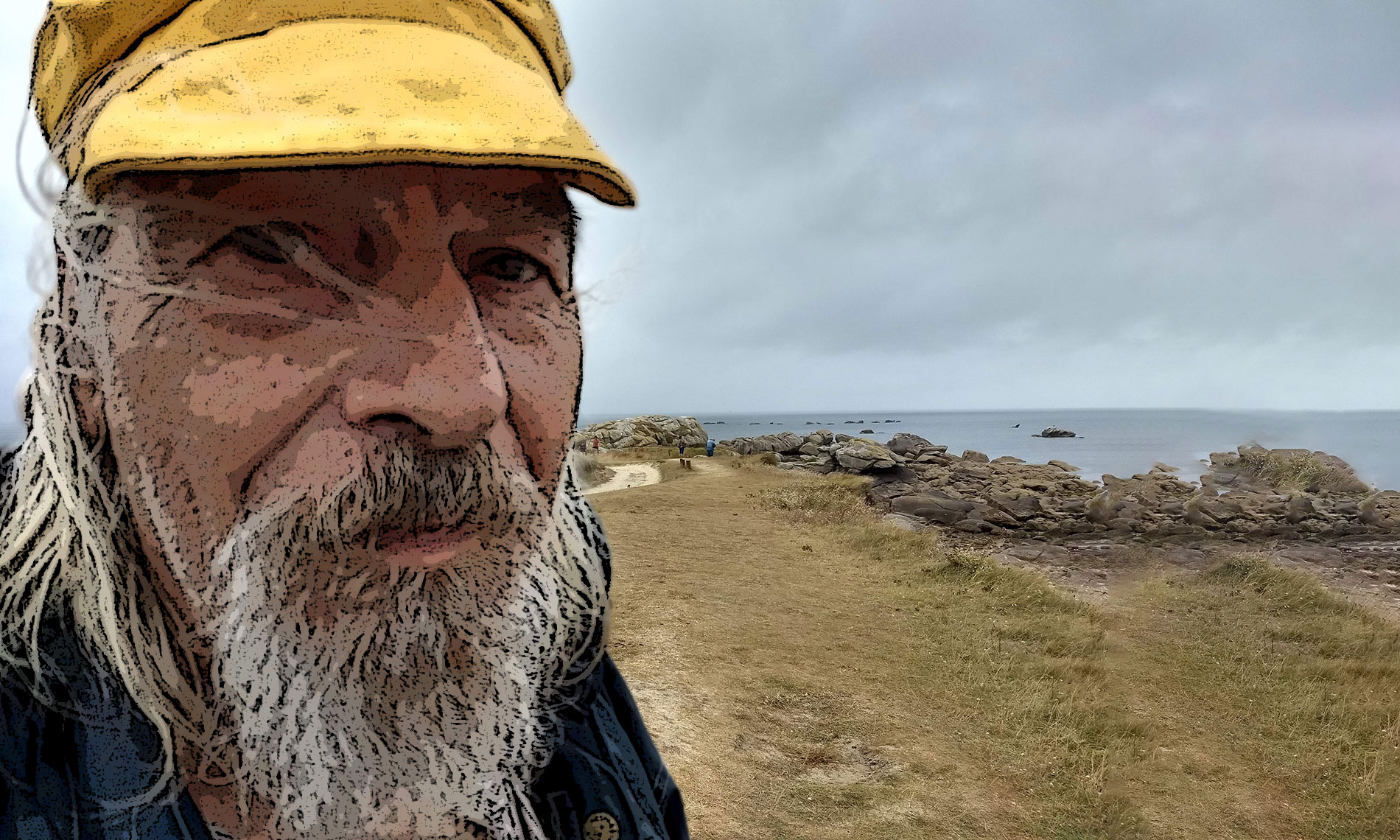 Can not figure out the way I turned. The memory came in my empty head as soon as Vathine told me what she had seen with her eyes. As I fell exposing my skull to the sharp pyramid, I performed a kind of somersault at incredible speed, rotating my body during the fall, without support to the hands or feet. And I found myself face to face with the pyramid, my two hands on each side, the arms solid and folded just enough to cushion my fall without the risk of being disfigured.

I was over sixty. Well preserved certainly, but incapable of such a physical feat. What happened ? I stopped the time. During this interruption of the clock, I was able to position myself properly, even using my arms and legs. But for Vathine, locked in the time continuing its fast race, none of my gestures was noticeable. She has seen but an instantaneous, inexplicable reversal. She still does not believe her eyes.

It was not my first experience of the infra-time. I had used it before in a road accident – I had it in my youth. My car made several head-to-tail on a slippery road. It was very hot, the road was dry, and a very fine rain began to fall. It gave us what’s called the summer gel. I was not suspicious. In a curve the box started a slip-sliding merry-go-round.

I followed all its movements in slow motion. The landscape was spinning slow like a rust crippled carousel. I did not risk braking or something, I did not have enough technique and the situation could get worse. Despite my helplessness, I had no worries. Not the least. I was relaxed, present, efficient. One by one, I recorded every detail of the landscape where I was going to crash.

I had a lot, a lot of time during the few seconds before the crash. All the time to review my life. But it did not happen. I knew without a doubt that I was going to get out of it, whatever it could be. There was only one landing deck where I was risking bad, it was the angle of a stone building.

Like a fool, I started fixing this stone angle. I did not know one thing: when you lost control of your vehicle, fix eyes where you want to land. Invariably, this is where your vehicle will crash. Your body will do what is necessary and it will obey your eyes.

And it happened. My car was embedded in the corner of the barn. The car was totally fucked, but I did not have the slightest scratch. No shock to the head or anywhere else. This kind of episode has been repeated many times during my adventurous existence. Wherever all the witnesses saw me dead, I escaped unscathed, miraculously.

Which led me to believe me protected. But no one is immortal, not even the gods. And I am not. My last day will come, my last hour will ring, for you and me the inevitable fall. A stone on your stomach, or your ashes in an urn. Sooner or later, it happens. And again, as always, when death strikes, we say this idiocy: It’s life. C’est la vie.

Crazy nonsense repeated at will. It’s life, my Jean-Claude, my dearest friend, my more than brother. It’s life but not for you. Where are you ? Are you cold ? Do you see the angels around you? Are you alone in the depths of a black nothingness? No place, no past, no story? Nothing to hear, nothing to see? Do you know mornings, evenings? Is there anything that changes? An angel ? Something that bothers you? Have you found peace, happy rest? Do you have anything to be curious about? Mad ? Envious?

You have used another wizarding power: come and see me after your death in this world of the living. You have achieved this tour de force, which I label: the active timeless post mortem. It throws. And you gave me this new assembly point. I go there as in my garden. The past was accessible to me, the door of the future has just opened for me. By you. For the best, you know me. 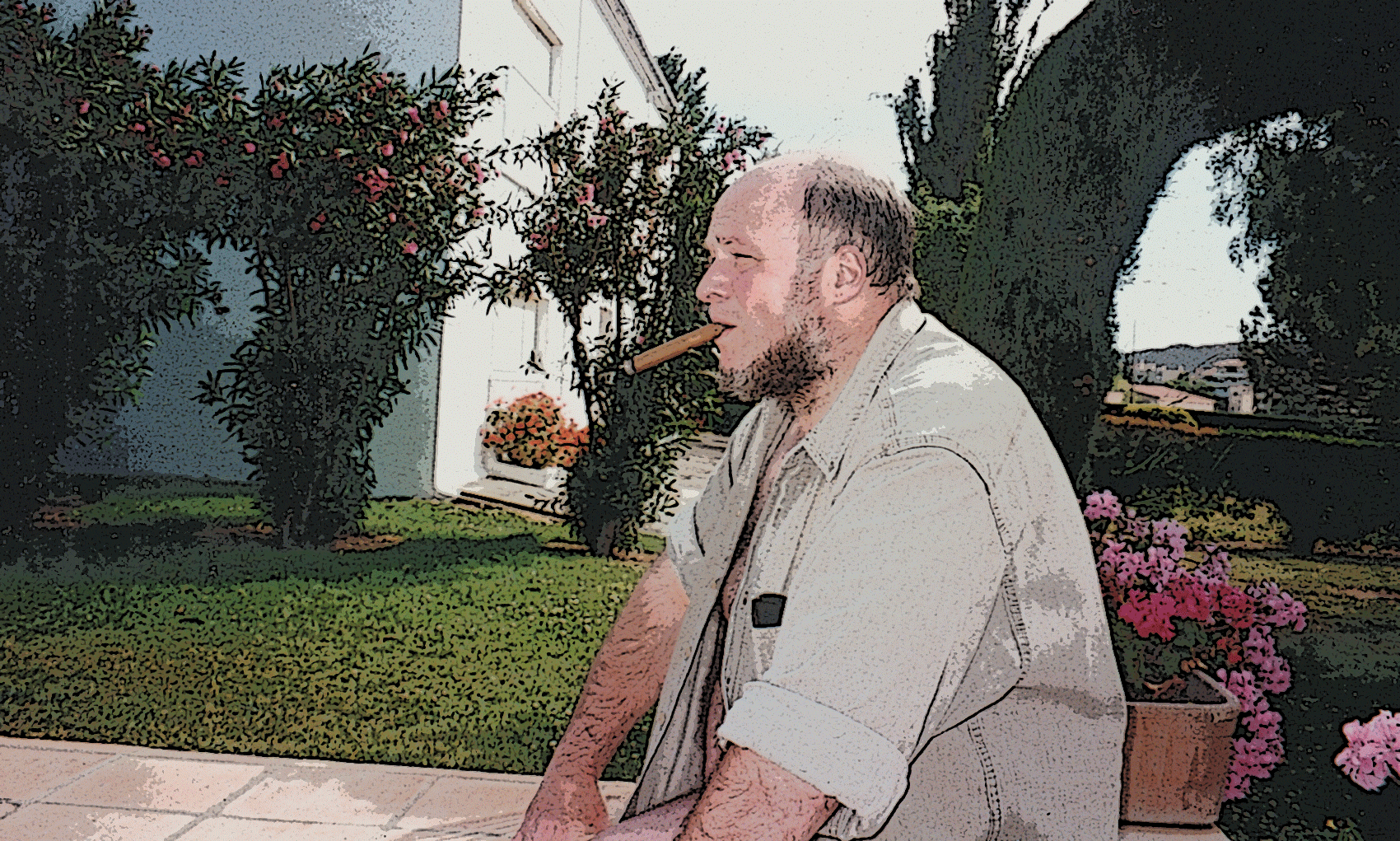