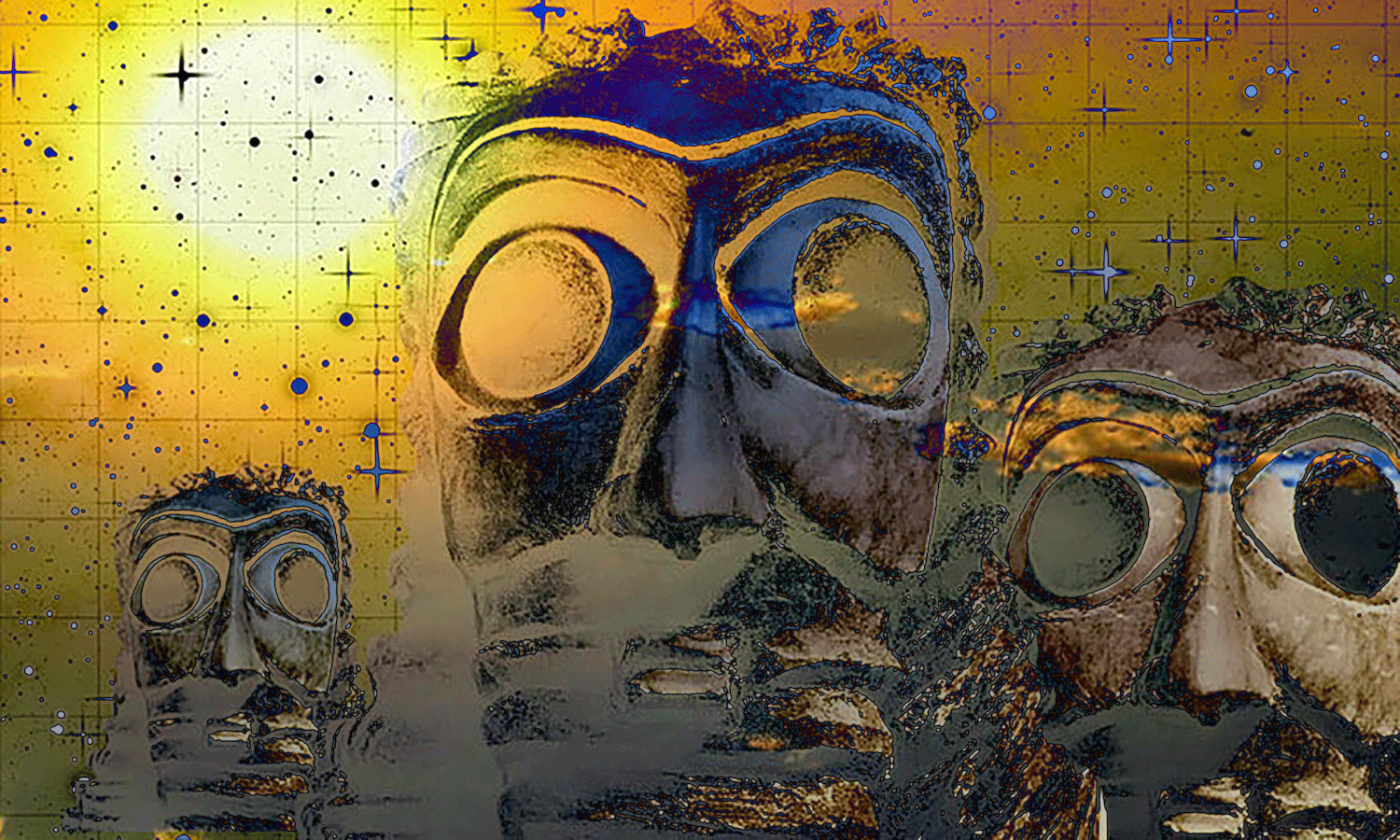 The Giants came on their wandering planet. They came down to bring life. Guided by the sacred laws of the predator universe, they fashioned an intelligent species like them. Educating these newborns, they laid the foundations of a culture, a society, a language, a religion. Ultimately, this new species should be able to manage the planet as well as they did.
But they were not infallible. They were not perfect. They were not models to follow. They gave no shelter from the vice. They were not flawless. They were not gods of love. Not always. Rarely indeed. They were fallible like we are. Remember they made us in their image.

Among the treasures of Assyrian encyclopedia, a bloody saga took place, that of a family of flying snakes that claim to be the true owners of the Earth and everything living on. They were called the Anunna, or Anunnaki.
Sumerian tablets dated from 2500 BC describe the Anunna as creating and redeeming “gods”. Several Gnostic texts, written much later,Between 100 BC and 100 AD but probably drawn from the same source also describe entities pretending to be gods creators of humanity and its environment. According to Anton Parks, “the Mesopotamian gods named Anunna or Anunnaki seem totally disconnected from the universal source to which many traditions refer, like that of the Amerindians. The Anunna formed a divine community ahead of the rest of the world.

The Anunna have no expressed connection with the universal source. Certainly the Olympian gods have not either. Forgotten gods Tuatha worship a goddess called Danaan. But she is not the source. Yoruba gods venerate more powerful gods, but these super-gods are not the source. For the Universal Source is inside and doesn’t need expression or worship.

So far ahead that their science was their religion. Some members of this community had the control of genes and cloning, called “modeling” in Egyptian, biblical and Gnostic texts. When they came to rule over Earth, the Anunna had to deal with older groups, such as the royal Kingu and the planning communities who were seeding life on earth.” (source)Anton Parks, Nexus n°63, page 44

Too Many Unique Gods!

The Royal race of Kingu could well be the gods the ancient Greeks worshiped under the name of Olympians. As for the planning communities, they were naturally the Elohim of the Bible, or the American gods.

The Anunna took precedence over these two powerful clans. When they became the masters of this planet, they craked. Out of any sensible control, they started genetic manipulations to turn us into slaves. Note that it is the vision of Parks, not mine. But it makes sense.

Other autorsLike the author of this site do not make a big difference between the Olympians, the Elohim and the Anunna. They are worth. Human, too much human, whatever they say. They certainly powerful, even overwhelming beings, but not better than us. What is not surprising since we have been created in their image. Their faults are ours. Like fathers, like sons. And if these so-called gods were sometimes lacking in humanity, aren’t we sometimes lacking in divinity?

Not all of them fortunately … 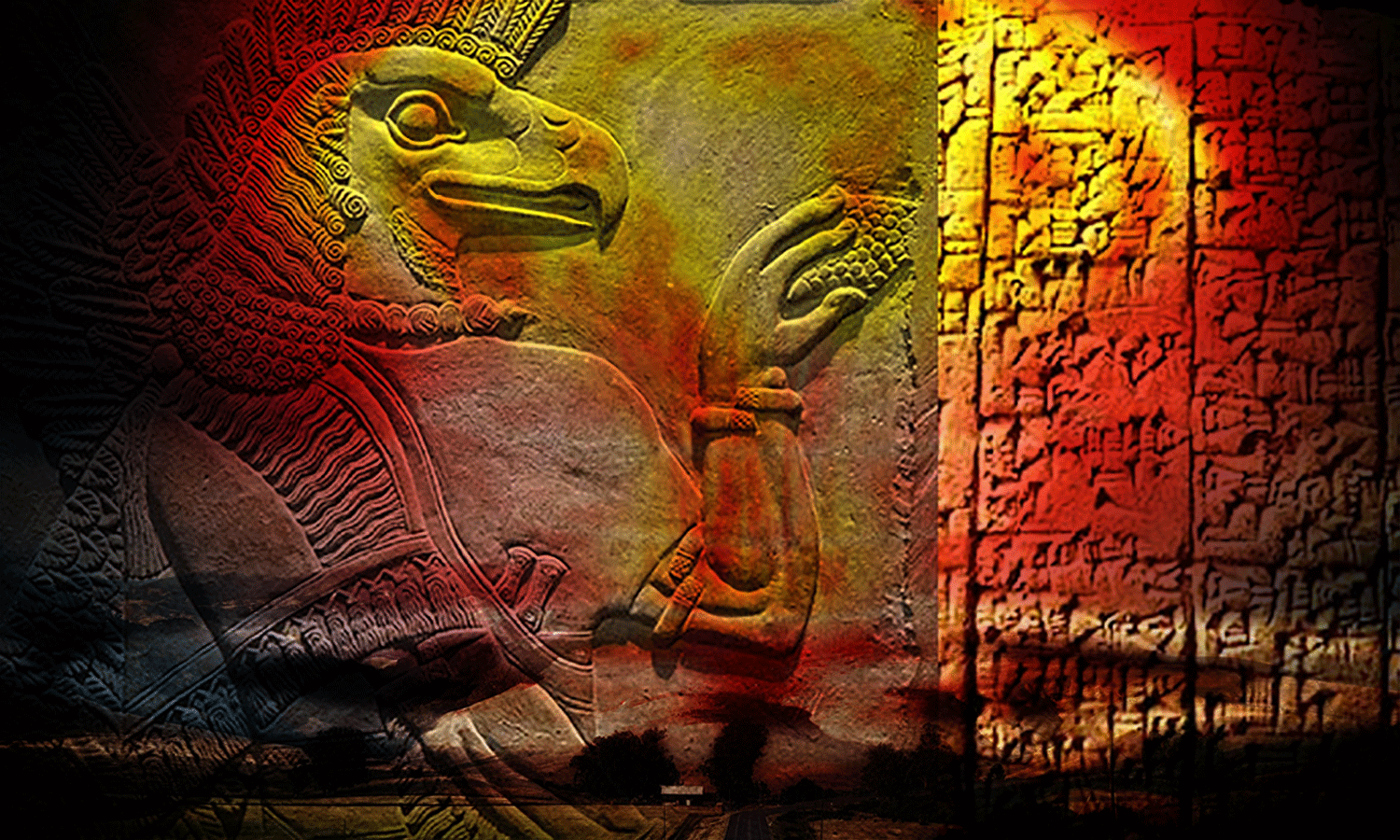 “Very few people interested in the Sumerian tablets and their chronology have ventured to mention the Kharsag tablets because they contain disturbing elements which drastically disrupt the different historical theses that ha been constructed so far,” continues the fascinating Anton Parks. It is true that these tablets give the original version of Genesis, saying it happened far before what we know today, since the Bible is hardly more than 3000 years old, and probably less, while the Kharsag tablets are more than 5000 years old.

This ranks them at the head of the oldest documents known at present. At least until we have totally deciphered the message contained in the crystal skulls, especially the one of Mitchell-Hedges. These texts tell us that the Anunna of Ki. had gathered on a mountain, in a city named Kharsag, which means the fortified summit, their headquarters. Within Kharsag, there was a garden called that the tablets call Eden.

“NinmahNinmah is the great priestess of Nalulkára, and the right-hand woman of Tiamat, the mother goddess. She is, with An, the co-creator of the Anunna. spoke loud and clear: “My plan is going to succeed very well,” she said. “We will install a water trap with a large reservoir. Full of water, the earth will be generous and food will be abundant. This perfect Eden will capture the water from the sky and distribute upstream through two rivers forming waterfalls. At the top of the rock, we will build a temple dedicated to thunder.” The Snake Lady was moved to tears. She was already imagining her vast warehouses, and her own house with its terrace gardens.

A house blessed by heaven, as it would be situated on top of a peak. She spoke of the irrigation terraces that should be developed, and the maternity home that should be build on high ground, with a resting room for mothers. She ordered to create this irrigated garden, and to plant large trees. She demanded a soil test to determine the crops to plant there.” (Source)Extract from the first tablet of Kharsag, translated by Xavier Séguin according to Don Moore

As you can see, the deciding person is a woman. Thus we are dealing with a very ancient matriarchy.

The Gardens of Eden

All these indications taken from the Sumerian tablets, as well as other legendary traces of America, have prompted many authors to locate the Garden of Eden somewhere in the Middle East, or in the Andes mountain range. Anton Parks leans for Turkey in Karsag, others opt for Mount Ararat, still others evoke the Andean paradise of Tipon. The assumptions are jostling, they are all unfounded. In my opinion, we must look for Eden elsewhere. Somewhere in near space aboard a gigantic mothership, Hyperborea.

Heaven on earth is not on earth! It is on outer space! It was 200 km above the North Pole, aboard a machine so luminous that we then forgot the poor little sun which seemed to be light. If ancient civilizations were looking for heights and other lofty positions, it was good to go to the gods up there. They used the high places as Solomon’s thrones, and it was from there that they rose to the great vessel suspended in the northern sky.

They also had the technique to capture lightning. Hence their double passion for the peaks. 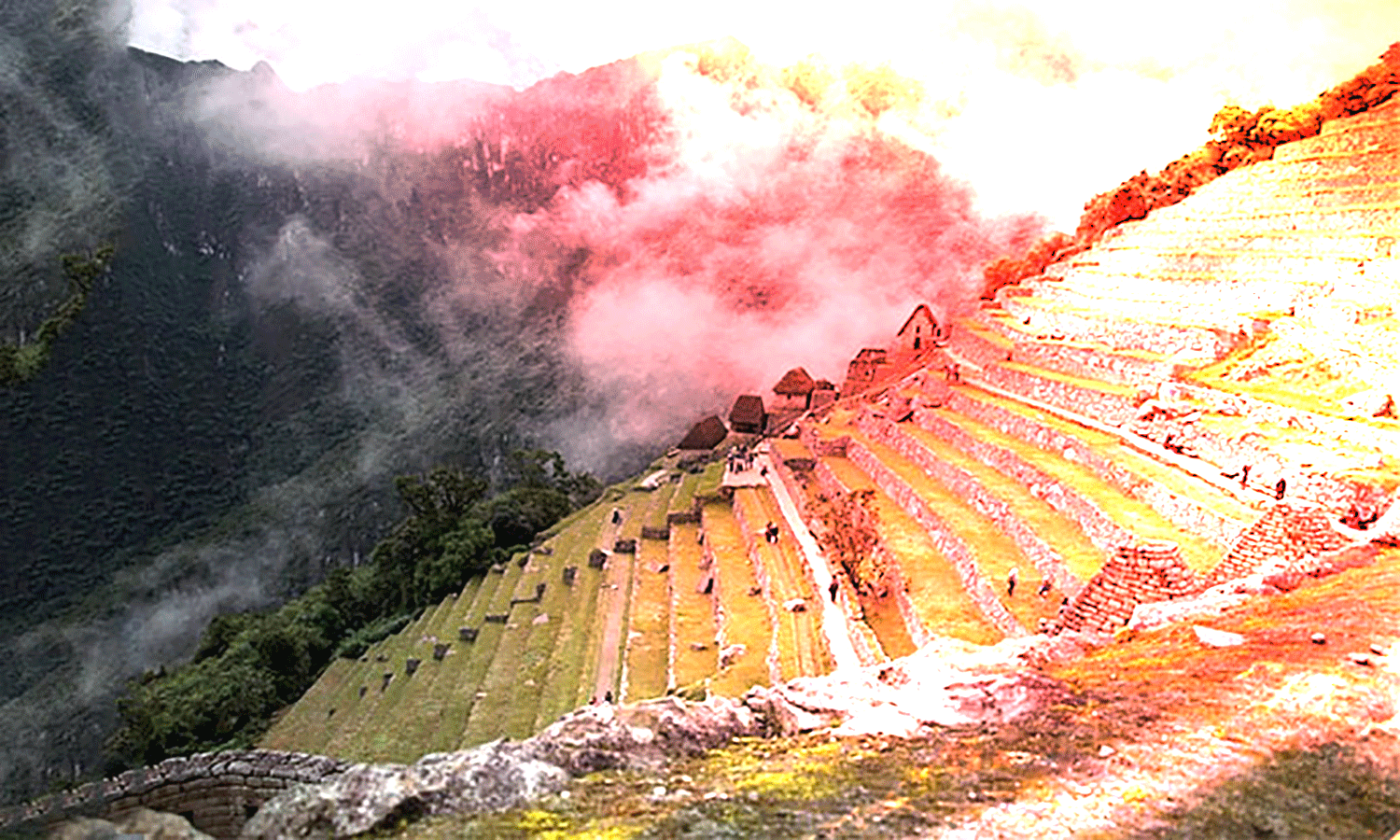 In the Andes, the “gods” did like her: they built temples dedicated to thunder all along the Andes cordilliera, on the flanks of the mountains they have developed countless terraces, called andenes in Spanish, hence the name of the Andes. The Incas did not make them, they just restored them. As the Anunna, the Viracocha were looking for a high position, to be able to trigger the storms that would give them the water from the sky, the precious water of lightning. And they were not the only ones to look for it.

The Olympians are on Mount Olympus, the Elohim on Mount Sinai, and Shiva is at 4000 yards high on the Himalayas, in the fabulous city of Amarnath whose cliffs are still adorned by its magnificent remnants. With a disturbing consistency, the “former gods” have developed around the world high located civilizations that were hydraulically advanced. The know-how of this early period in terms of hydraulic engineering has been gradually lost thereafter.