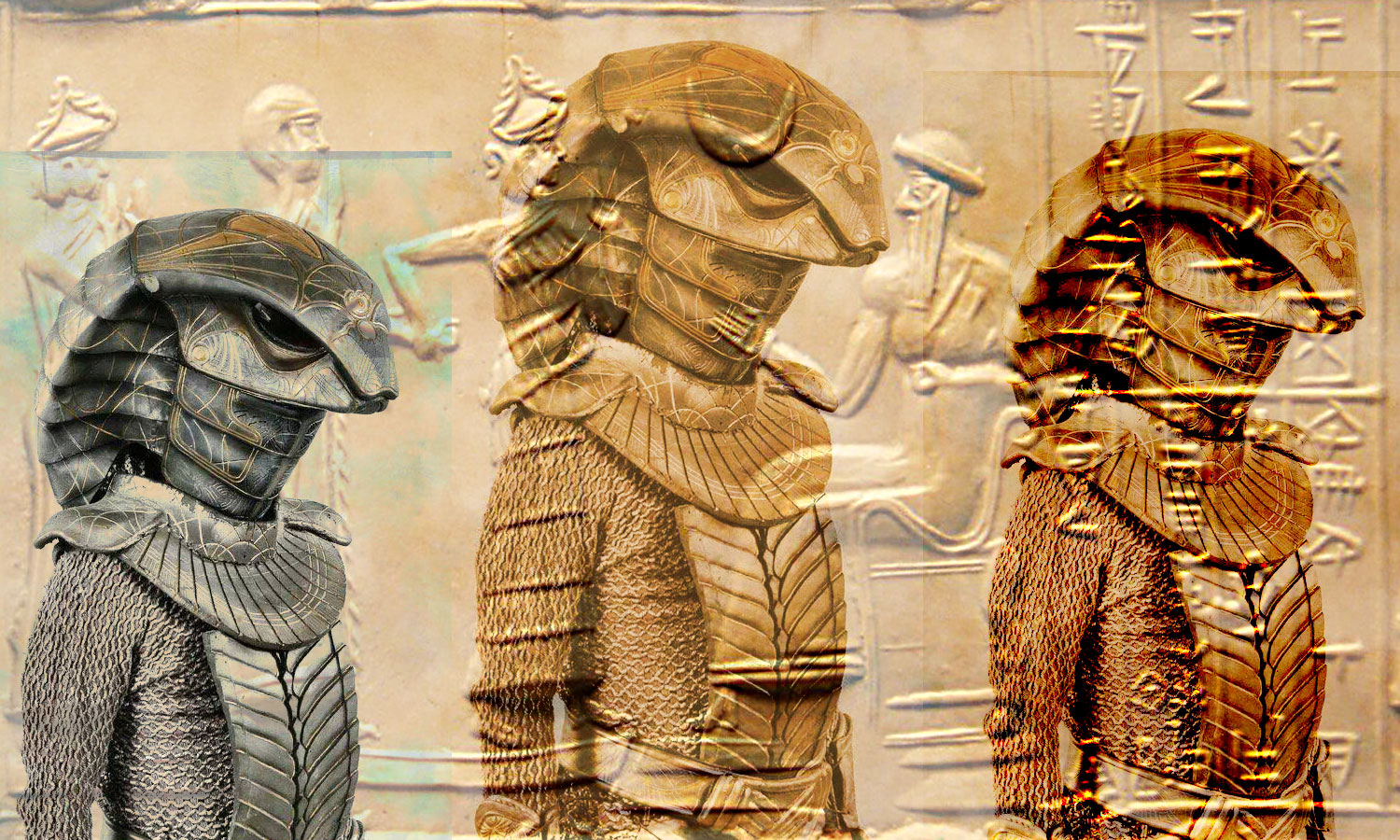 At least that is what Anton Parks asserts, freewheeling on this one, since malicious linguists suspected him to take at his ease with the Sumerian cuneiform texts. It is true that we have no other sources than the collection of clay tablets amassed by kings Sénacherib and Assurbanipal. They still have to be translated with honesty and competence. On this I am not a judge.

The Assyrian encyclopedia of Sennacherib and Ashurbanipal tells us that the Anunna were living in bright houses. Did they have electric light? Should we believe that lightnings lit them up?

“The Anunna in their homes of light, within their huge property, ate and drank heavily, but their happiness was not complete. Despite the extent of the Garden of Eden, the food was not plenty enough. So they decided to breed the human species in another place.”(Source)Kharsag tablet number 2, translated by Xavier Séguin

Breeding the Human species, as if we were a band of pets … or a flock of porks! What we were for them indeed.

“Then the humans herd was established at the foot of the Taurus Mountains in the vast well irrigated plain, the huge Edin where they could cultivate the soil at will. To irrigate the vast Edin, for an abundant water spreading and watering the fields, the gods gave men pickaxes to dig canals and ditches; spades, baskets and plows to cultivate Kalam.the country of Sumer Then the humans began to grow the grain.” (source)Tablet – The royal list of Lagas, translated by Xavier SéguinThis passage describes Adam and Eve expelled from Eden, going to earn their daily bread by the sweat of their brow. You can therefore understand that the Bible writers have dug up the information in these texts, without realizing what had really happened.

But mostly you can understand that agriculture was given to us “terminated and completed” by more educated people, coming probably from another planetary system. So man started to cultivate with a plow.

From the beginning of agriculture, primitive man had at his disposal already domesticated draft animals. Who domesticated them? The Annunaki, who were quite lazy, would not have tired themselves out to tame animals. Their talent for genetics rather encourages us to think they have melted the genes of aurochs and bison to make cows. The major problem of the Annunaki is that they were a whole band, a family clan similar to the Atrei from Greek legends, or the Atreides of Dune.

Like in all clans, there are divergences. Their conflicts of interest often triggered passions they do not control. Enlil wanted to get rid of men, Enki protected them. As for Tiamata,the mother goddess she will be killed by Marduk, an unscrupulous Anunna. One day, these people left. Their story was counted many times. Alas, they could come back, as they have promised us. That is what Zecharia Sitchin tells, who locatedthem on a wandering planet, Nibiru is supposed to be an intruding planet which periodically comes back in our planetary system … All these facts are interesting in more ways than one.

First, they confirm the observation of scientists: agriculture and livestock appeared simultaneously in various parts of the globe, from 10,000 BP in Egypt , and after a hiatus of several centuries, from 9000 BP Central Europe and the Middle East. These facts are now proven without no scientist can explain rationally. This track Anunnas from heaven brings an answer.

However, as I said and repeated often, the fact that these large intelligent lizards are descended from the sky in flying machines do not prove they came from the stars. They may well move on this planet airplane without being aliens. For my part, I think they are earthlings like us, from a very ancient civilization , that of the great dinosaurs of the Mesozoic. Nothing prevents us from thinking that during their long reign, giant lizards have gained intelligence with a humanoid shape. I have developped this hypothesis here. Whatever your choice, extraterrestrial or not, the Anunna are supposed to have created Man to till the land, i.e. circa 10,000 BC.

In this case, a big problem remains: why can we found so many traces of Homo Sapiens long before that? 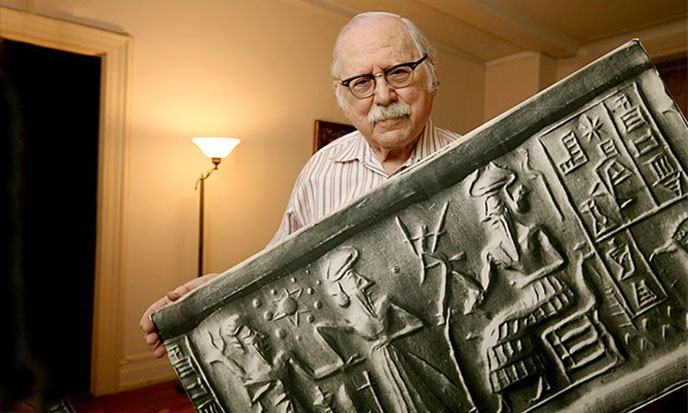 Who should we believe? The Anunna? Or Zecharia Sitchin and Anton Parks? None I suppose. So? Imagine that we miss one or two chapters of the story … For instance, imagine that the Anunna have simply recreate a lineage that was just slightly different from themselves… Thus, the remains of Homo Sapiens previous to 12000 BP are not ours but theirs. The Anunna could not invent a species that existed long before they arrive on this planet. Unless? Unless they were the major reptilians, the first rulers of this planet, where they’re having a thoroughgoing reign for two hundred million years.

Unless, yes, unless the Snake People has been the offspring of these lost giants, the dinosaurs …

There is more truth in the universe than in all the books of men. (Willy Shakespeare)