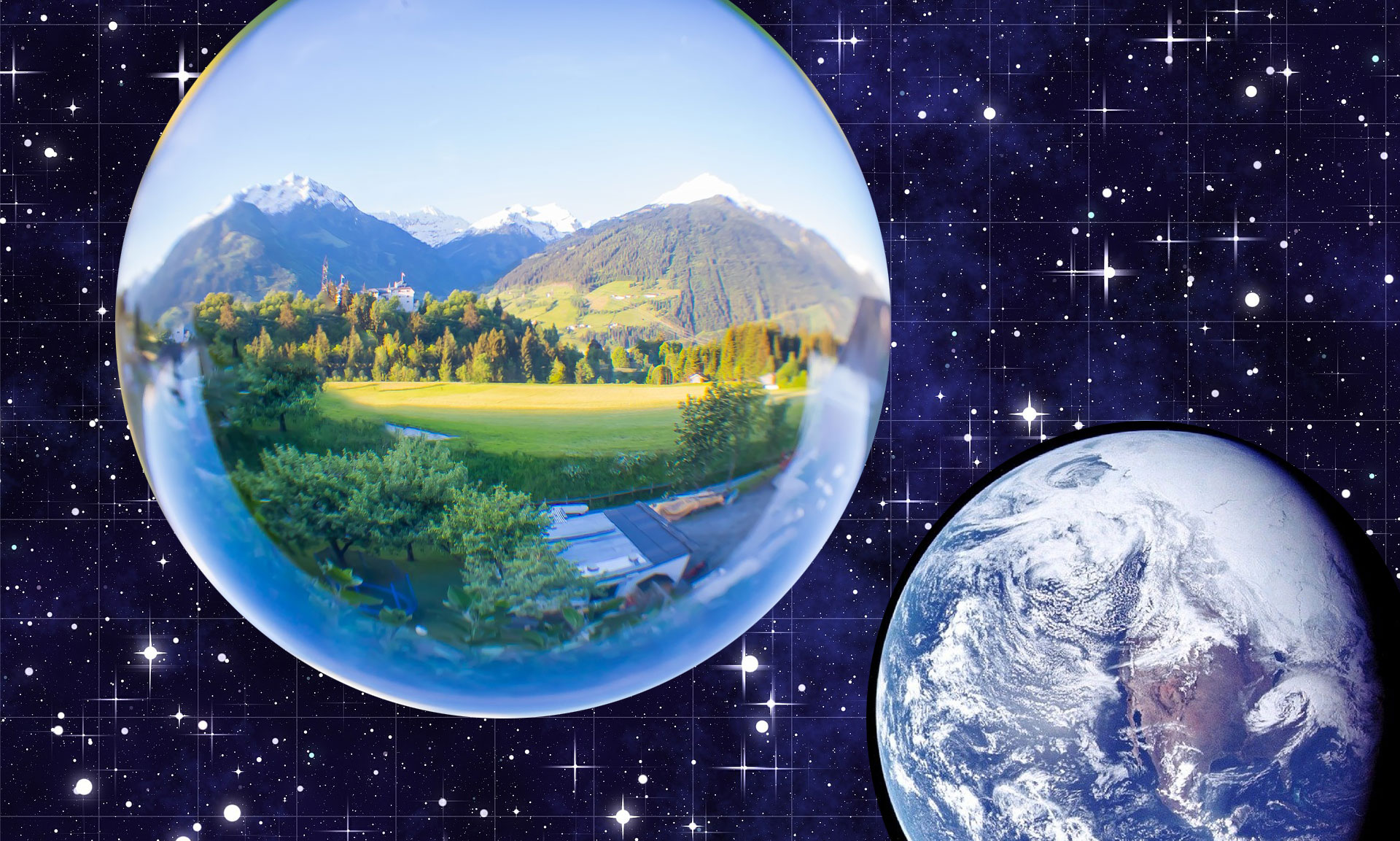 Finally, one must know how to renounce lies. We must dare to face the truth when the hiding veil is opening. To look at the truth is not innocent, for it drives you to believe it. Believe it, why not? As long as it’s without believing.

Nibiru is the name that Anunna give their wandering planet. Zecharia Sitchin has speculated that Nibiru would be an additional planet in our solar system, a planet that have escaped astronomers because it describes a disconcerting orbit. In fact, according to Sitchin, Nibiru planet leaves the solar system for thousands of years. What is indisputable, since all the myths say the same thing.

I’m sorry to say Sitchin is mistaken about Nibiru itself, about its true nature. Peeling the Sumerian writings, I have become convinced that Nibiru is not a planet, even though it has the dimensions. The texts call it the roaming planet of Anunna. That’s why. Nibiru is a sapceship, a mother ship. To know where it came from, to know the secret it hides, we just have to reverse the letters of its name: NIBIRU becomes URIBIN. Language of the Goslings. A small detour by the Tudesque gives the grid of reading: UR I(ch) BIN, I AM UR, I am the origin.

We all remember the Death Star / Black Star in Star Wars saga. Nibiru is far wider, more terrible even. Bottom view, it is black and gloomy because it hides the sunlight. View from above, or side view, it is welcoming and clear. Nibiru is a tropical bubble of light and sweetness that moves at will throughout the galaxy. There is an ocean in the transparent bubble, an ocean that moves in space, with a circular central island surrounded by lagoons and concentric lidos.

The form and appearance of this wandering planet is found in a line-by-line fashion in the compasses of the navy, as I have already explained.

If some of you recognized the description of Atlantis that Plato gives, chance has nothing to do with it. Nor random, since it does not exist. Plato ignored a few things. Among them, Atlantis was not an ordinary island, but a mother ship floating in the middle of the Atlantic. You can not blame Plato who lived 25 centuries ago, because if the thing is difficult to admit today, it was totally inconceivable in those days.

In this gigantic spaceship shaped transparent bubble, there is this island that remains horizontal as it floats in the ocean. When the mother ship lands on the ocean, it floats there, and the sky of the bubble is retracted as a cockpit, so that no one can tell the difference between this island vessel and an ordinary island. Except, perhaps, its perfect circularity described by Plato, which didn’t catch attention of any researcher, although it seems quite unnatural.

When Nibiru must regain altitude, the bubble is closed, and the gigantic machine take off the ocean. The mass of water it displaces, tearing digs a more terrible tsunami and even more devastating than that one day will cause the collapse of Cumbre Vieja. Both sides of the Atlantic are buried under a huge wave, the human and material damage is considerable, many believe that the end of the world is coming. This trauma is the origin of the myth of the flood. The disappearance of Atlantis is the cause and not the consequence of the flood.

Atlantis is one of the names that the ancients gave this mother ship which received a lot across countries and over time. If the Greeks called Atlantis, Nibiru is Sumerian name. The Romans called Hercolobus. Christians have made Eden or Paradise, which for them is a past paradise on earth and also a future heavenly paradise. It corresponds to the status of a modern and technological mother ship, resembling a wandering planet that comes and goes. The Hebrews called the Heavenly Jerusalem, which they want the return of all their wishes, the unfortunate.

The Bible speaks with regret of “time where the gods lived among men.” This time is lost at times when Nibiru arose.

Because Anunnaki came more than once, we bet they will come back again. After all, they are at home here. And they put on all the world’s oceans in order to develop, teach and use of all global populations. When they landed in the Indian Ocean, their floating island was named the Land of Punt, which some rebaptiseront later Lemuria. When they landed on the Pacific Ocean, their bubble ship was called Mu, the fabulous empire Naacals.

Their penultimate visit was during the reign of Atlas, mismanaged departure caused the flood and deregulated the foundation of the earth, which is inclined 27 ° to the plane of the ecliptic, which deviated its orbit around the sun as from the flood and the departure of the mother ship Atlantis, the year counted five days longer. This is best went there a little less than 25,000 years.

Their last visit is more recent, dating back to 13,000 years. This time, the commander Marduk wanted to avoid floods and other major accidents caused by their past landings, as Atlas mistake, the famous flood which all the world’s people have preserved the memory in their legends. Marduk decided to remain in geostationary orbit over the North Pole, to occupy a central position. And also because the area below the pole escapes the harmful electromagnetic disturbances to anything spacecraft.

The idea seemed less dangerous, but the damage, again, were considerable. An artificial planet as Nibiru consumes large quantities of energy, especially when it has to keep in close orbit. The spaceship drew this energy upon arrival, making a fall of 80 ° in circumpolar temperature. 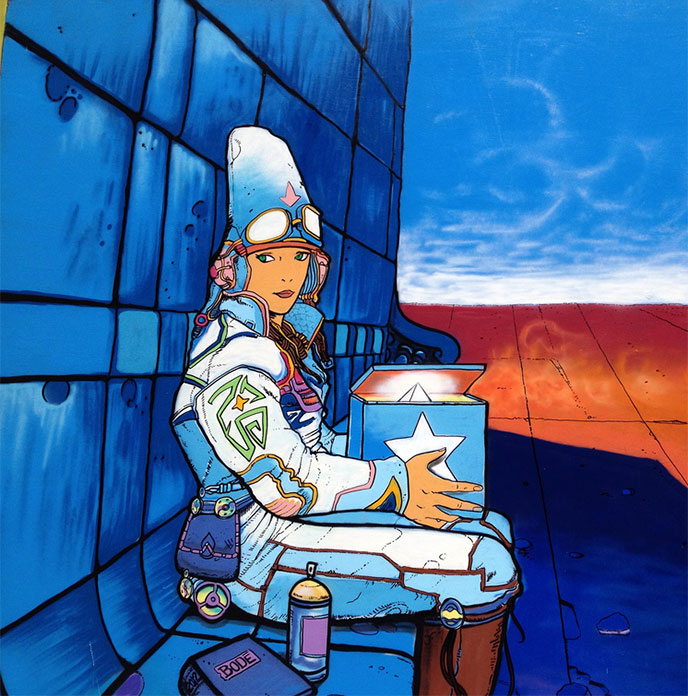 As one imagines, the result was not such pretty sight as Planet Moebius.

The truth is not in some distant place, it is in the act of looking that is. Seeing oneself as one is – in this lucidity which enters no option – is the beginning and the end of all research. (Jiddu Krishnamurti)

Homo hominis lupus / The man is a wolf for the man