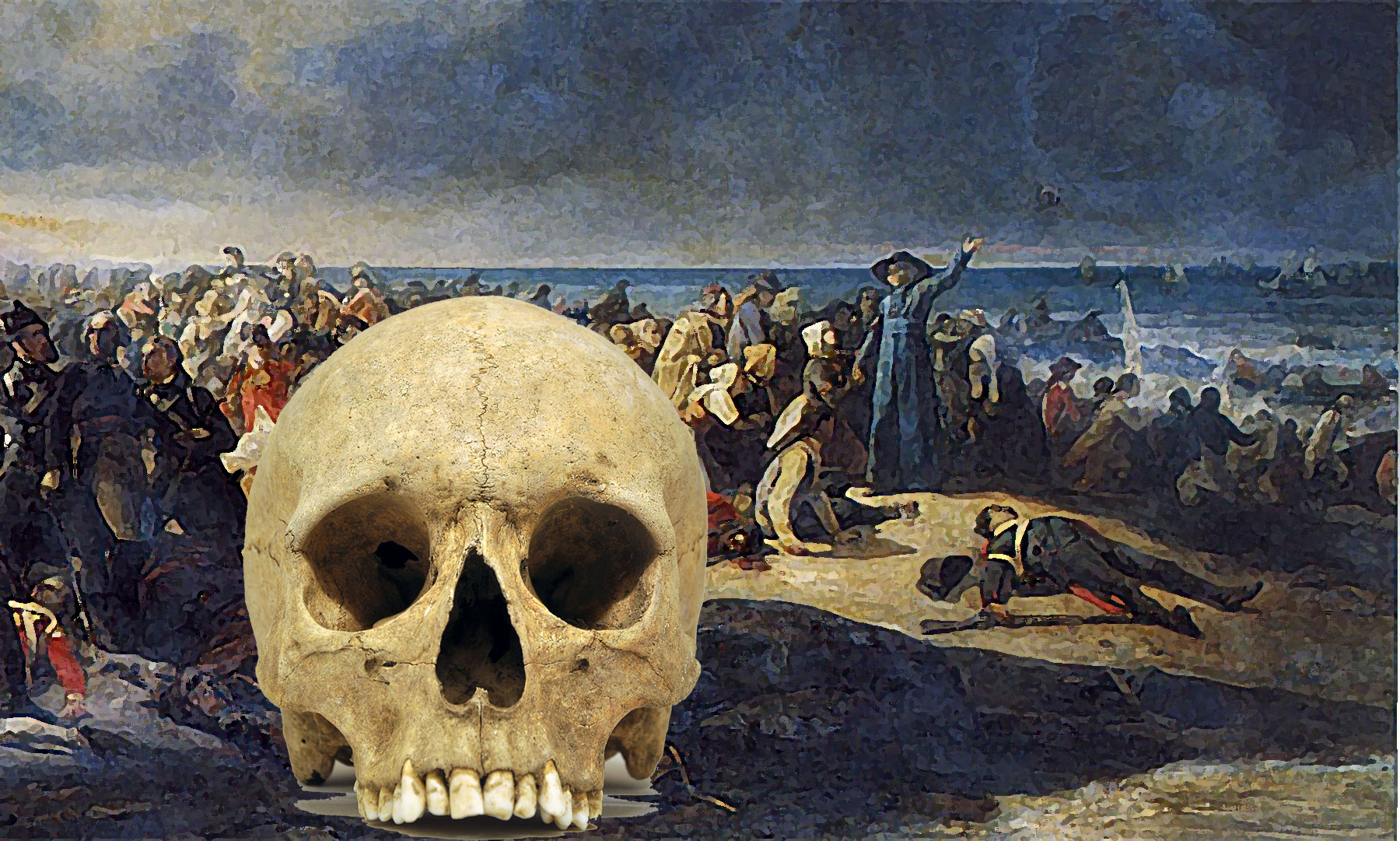 When their continent-island was engulfed, if many disappeared, all the Atlanteans did not perish in the flood. They had planned the whole thing and prepared shelters to protect them from the highest waves.

As Noah, Deucalion, Manu, Yima or Atrahasis, they found refuge in two main colonies, both located above the highest levels of the devastating waves. One colony, perched on the mountains of present Kurdistan, was the guardian of magic. Consisting in mages and shamans belonging to the People of the Serpent, the colony gave birth to brilliant civilizations that shone throughout the East. Since then, the Asian shamanic tradition has long been a magnificent conservatory of our ancient powers.

The second colony, on the other side of Atlantic Ocean, gathered together Atlantean scientists and technicians in the Andes, on the Altiplano of Bolivia and Peru. They have been called Serpents too. Anticipating neatly the cataclysm they had foreseen, the Atlanteans had built there megalithic cities we can still admire, the Mountaintop Cities. Built in high altitude, of unfailing solidity, their citadels have withstood earthquakes and tsunamis. They had stored enough to survive the cataclysm and restart a civilization.

700 versions of the Flood

This could well be the hidden meaning of the myth of the ark. The Atlantean ancient gods had foreseen the flood and were prepared to it. Doesn’t the Bible tell us that Yahveh warned Noah to allow him enough time to build an ark? Now, as if by chance, the Aztec tradition tells us the same story with an Aztec Noah, and the Sumerian epic of Gilgamesh also describes the same episode: on the advice of the god Enki, Atrahasis embarked on his ark couples of his clan and all animal species. In all the mythical versions of the flood, a god warns a noble man of the coming disaster. Because what would happen was predictable.

The terrafoming gods had anticipated the flood because they are the ones who have caused. The huge artificial island has left the Atlantic Ocean, as it was a mother ship. In doing so it has moved a huge mass of water which caused a 4 km high tsunami.

Both Atlantic coasts were devastated. If the gods had taken the trouble to create humans, they wanted to save some from the predictable damage. Hence there is ever a warning god or goddess, they are found at all ages, before all the dramatic circumstances and in all the mythologies.

More than 700 versions of the myth of the Flood spread across all continents; all versions introduced a protecting god who averts a man of the coming flood. All these myths expressed the same idea: scientists had expected the flood and they wanted to save their workforce by averting the best workers. We will conceive that there were two distinct castes then: the primitive men like Noah and  Gilgamesh, served for workforce to scholars, as Viracocha or Yahveh, that the primitives took for gods,because of their lifetime length, which made them seem immortal.

Of course, given the extent of the disaster, the survivors were not numerous, but for the ‘gods’, does it matter? The shortage of manpower would not last. Having carefully preserved their most valuable knowledges, the divine survivors would be able to repopulate the earth, thanks to the genetic material they had stored for this purpose in different parts of the world. That is what tell us the multiple myths of the ark, with all the human and animal couples saved by the different ‘Noahs’ everywhere.

A civilization under the sea

In fact, the Atlantean gods did not need Noah to save mankind. It  only took their talents of geneticists. Not to mention all the DNA strains kept frozen in liquid nitrogen. Year after year, decade after decade for over than 100,000 years, the Atlanteans have improved their genetic material. They did not care of the flood, no doubt. And who said they needed to get out of the water? Maybe have they stayed in it. Maybe have they developed a civilization, without our knowledge, in the deep sea-bed.

However, it is not excluded that we may in the near future find one of this caches, and gain access to genetic strains of giants or half-gods.

For the gods astronauts’ theory, Atlantis was not destroyed. It has disappeared “in the space of one night,” as Plato says, just because it is gone. Atlantis was an artificial island, vast and circular, under a crystal dome. It resumed its flight when the oceanic situation became unmanageable. The spacecraft of Atlas landed on the ocean, then took off to space where it is quiet.

Or Atlantis was a floating and submersible island. It sank down into the raging waves to rest on the seabed where it is quiet. The island of Poseidon became submerged dome deep in the ocean. Imagine it is still there … In this case the prophet Edgar Cayce was right to say that it can re-emerge. Even if he was wrong about the date, like all clairvoyants. Dating is always an insurmountable problem.

The famous scientific crypt under the Great Sphinx of Giza certainly holds many wonders. And we are not out of surprises. If however Master Zahi Hawass deigns lift a corner of Isis’ veil. Zahi Hawass is a Levantine version of Indiana Jones, as well as the almighty officer of the Egyptological excavations. We can trust him to choose the right moment, even if he has nothing really new to say.

For a few years, he has taken conspiratorial airs, distributing or refusing permits for excavations according to criteria known only by himself, and giving the impression of knowing much more than he wants to say, especially about the secrets of Giza Plateau.

Few years ago, he has been surrounded Giza Plateau by a wall of shame, supposedly to preserve the pyramids and the sphinx from damage. Actually to protect a secret under Giza Plateau … A secret about the ancient technology. Until now, the secret is well kept. A story to be continued.

But let us get back to our Atlanteans spared by the cataclysm: they had no trouble finding refuge… at home. Their immense empire extended to the east, from Gulf of Mexico to the Pacific Ocean, from California to Patagonia and the Antarctic, which was then partially ice-free, and westward, they had colonized the Mediterranean Sea, the coasts of West Africa and Europe to the Baltic Sea, the Black Sea and the Caspian Sea.

Pathé Diagne even supports the thesis, very credible, of a pre-Columbian America colonized by black Africans. The Atlantean population was made up of several races: the black race, negroid type; the red race, like the present Indians; and the white race of Nordic type: Goths, Celts, Scandinavians. Following the disaster, refugees of both races left to America nearby. Blacks moved there, they are the Tezcatlipocah.

The Whites finally left America; in Europe, they created the second Atlantis, the Western Empire that J.R.R. Tolkien called Middle Earth. Its first capital city, Ys in Brittany, was engulfed by the inexorable rise in the water.

Ys or Isis, dedicated to Goddess Isis, was a magnificent city with no ancient equivalent. Others capital cities were Nazado still in Brittany, in turn swallowed. Third capital city was Edin on the Dogger Banks, a submerged platform in the North Sea. Later were erected new capital cities not yet engulfed : Amsterdam with its map looking like Poseidopolis as described by Plato ;  Paris or Parisis which means etymologically “similar to Ys” or “similar to Isis” ; and Edin-burg, which means the fort of Eden or Edin.

Edgar Cayce said that Atlantis had three destructions: the first took place in 50,722 BC. The polar axis was changed around -50,000. Atlantis became several islands. The second destruction, in -28,000, was caused by incorrect settings of energy and a terrible war waged by two priest-kings – the son of Belial against the followers of Aedon. The ocean has engulfed most of the islands of Atlantis, except Poséidéa, Aryan and Og. The third destruction, in -10,500, submerged the last three Islands…

Donnelly wrote that Spain, Portugal and the Canary Islands were all perfect places of asylum for the refugees from sunken Atlantis. He also compared the names of some towns and cities of Asia Minor with those of villages in Central America, already named before the arrival of the first conquistadors. His linguistic research were repeated, and embellished with imagination, if not rigorously, by Anton Parks. But these studies are largely obsolete since the publication of the work of Pathé Diagne.

Described by Plato, the first emigration took place towards the Pyrenees and much later to Egypt. The Atlanteans settled in the French Pyrenees: Ariege, Aude and Pyrenees Orientales. The Atlantean legacy , according to Donnelly, would explain why the Basques (or the Gascons) differ from their neighbors by language and physical appearance. “Basque is the only non-Aryan language of western Europe.” Similarly, the natives of the Canary Islands are unlike any group or tribe of Africa. 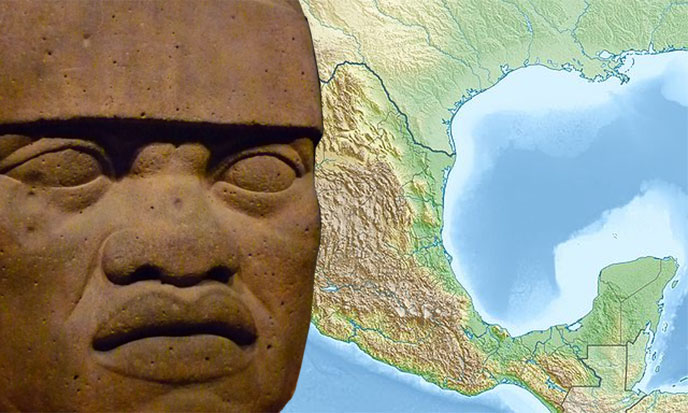 They practice mummification of their dead. Paul Schliemann, the grand- son of the discoverer of Troy, wrote: “The analogy between the Mayan and Egyptian civilizations is so great that one can not regard it as coincidental. There is no chance of this kind. The only explanation is that according to legend, there was formerly a great continent linking what we call the ancient and the new world. That was Atlantis, from where left the colonies, to Egypt and Central America.” (source)October 20, 1912 (The New York American)

In “Twenty Thousand Leagues Under the Sea” Jules Verne found Atlantis with Captain Nemo and his famous Nautilus . Fictional? Perhaps, but when you consider that most of his novels have become facts, you think rather to some borrowing from the Akashic Records…