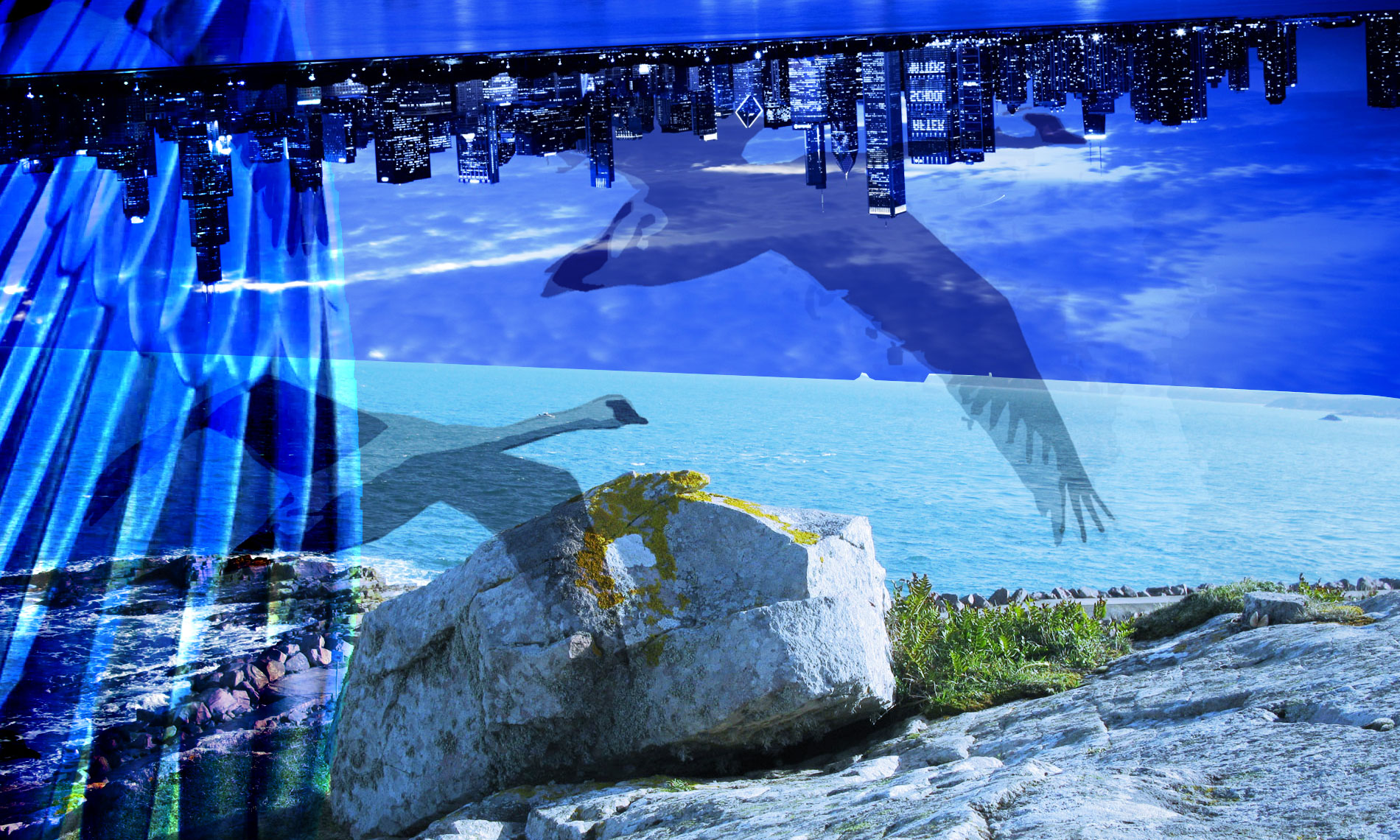 There is more than one way of looking at life differently. The easiest way, in my opinion, is to slip into the Elsewhere. It has multiple gates that nagual warriors have the gift to find. So stop complaining. If you don’t like this world, change it. Several parallel universes are accessible to us. Instructions for use.

In 1989, the New Zealander Alec Newald was abducted by extraneans. The story of his abduction, yet soft, raises serious questions about these strange aliens.

They contradict themselves by dint of conning us. Hard to trust spatiotemporal thugs who tell us craps for millennia. But the encounter of the 3rd kind made by Newald contains other teachings, less questionable. On the parallel worlds, Zelda explains that they are quite a lot, and all accessible to us in a very easy way. But rather a queer one. If humans can go there, she says, it is thanks to the cycle of the atom: “When you understand this aspect, a whole new dimension or several new dimensions will open to you, because in that moment, between the pulsations of atoms, lies a world within other worlds.

There are in fact dimensions parallel to yours, at least parallel to that where most of you live your here-and-now. Those dimensions are very close to your real now. They are even so close that it can happen that you enter and come out of them without even knowing it! This interdimensional shift takes place regularly since your first steps on earth, but now this happens to you more and more often, because you are currently awakening to your true nature.” Every single one of us, we are aware that a change will occur. Say it is happening now. We must be attentive, and quick to wonder.

But how to know when we leave our here and now
to go into one now and elsewhere? 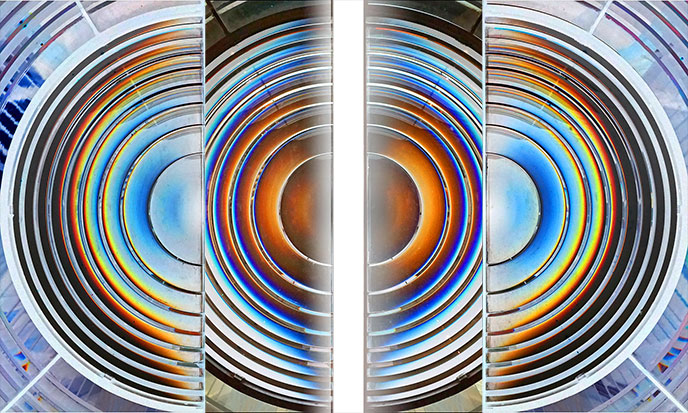 The advanced edge of physical research says no other thing. The theoretical reality of parallel universes is demonstrated by a series of equations derived from Gauss’ hypergeometry, Lobatchewsky’s pangeometry, Riemann’s non-euclidean geometry, and the calculation of Cantor’s transfinis.” (source)R. Charroux, The Book of Secrets Betrayed

We are all aware that a change is going to happen. Let us say that it is happening. It is up to us to be attentive, and quick to marvel. But how do we know when we leave our here and now to go into one now and elsewhere?

Zelda explains: “There are sometimes small signs that will tell you that this just happened. How many times have you been looking for something in a room, but could not find it?

You come back, moments later, and you see what you wanted, right in front of you. Yet there was no way to miss it the first time: you see we are not always where we believe to be. This can happen every day for some, but they are basically unconscious of it. What makes the difference is to be fully aware when you do these mini-jumps, be aware of where you are going. And then you will be surprised. It is in a place like this that you will find us.”

Would we all have lost the magical powers of our very distant ancestors? Would we be totally degenerated? Denatured? Decerebrate? Dissected? Disillusioned? Dehumanized? Desecrated? Have humans forgotten their divine origin? Not all! The shaman and the first peoples have never lost sight of our dual nature. They know that man can very well change his plan, in the space of an instant, without feeling the slightest shock.

Nagual warriors will not be surprised. They are particularly sensitive to atomic and vibratory structures. They have a strong propensity for intermondism — the ability to change the world. Seeming to obey a quantum physics and move in a non-euclidean geometry, the intermondists willingly take on the funny appearance of little green men to attack Mars and its grey aliens.

I prefer to talk about it in a different tone. I look at them with the greatest of respect. I worked in their ranks for fifteen years: hard, pretty work that leaves wrinkles in the heart and love for friends. You have to love to transmit. This is the great secret. So do the Wolves, passers-by of the world. No sesame can open this heavy portal if your heart doesn’t beat on a butterfly’s wing.

The naguals come from somewhere else. They want to go back. But the new naguals have lost their way. Where to go in this immensity out there? No answer points to the tip of my nose. No matter how hard I look, nothing attracts me here or there. I am out of the clan, I escape the traditional structures, I just follow the Rule. But I feel very helpless. No scout of the astral has explored for me the vast elsewhere, and in the hypothesis that the gift of the Eagle does exist, where would I go if he let me pass? If I escape his beak? If I am not dissolved in the great cosmic soup called the universal consciousness? 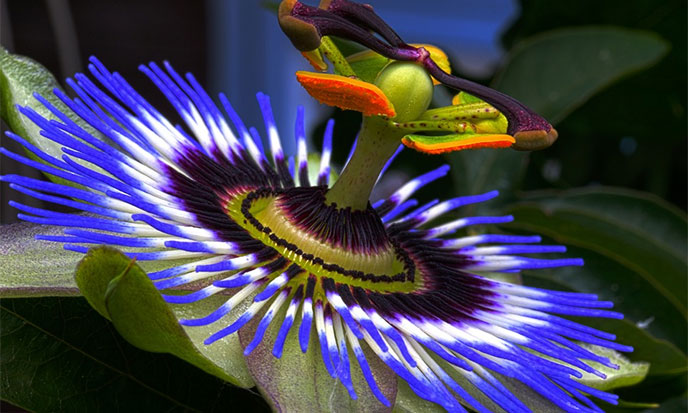 I was due in time in the universal mind, forever sing the Doors in my indoor jukebox. That’s enough to get me into the Swinging London of the seventies. Wait, but I’m really there. Carnaby Street, King’s Road. Hide Park Corner and its preachers. It was yesterday and now if I want to. Nothing disappears, everything survives eternally dynamic and frozen in the eternity of a parallel world.

The shamans and the primary peoples have never lost sight of our dual nature. They know very well this possibility of man, which consists in changing of plan, in an instant, without feeling the slightest shock. This is not a space travel, this is not even a trip at all. You just accomodate your spacial vision to this brand new environment. Suddenly, you perceive the other side of life. Be sure, very soon, we’ll all be shamans. This is already happening.  And Zelda tells us why: “You are about to make a major dimensional leap, that is like nothing that you have lived so far. This jump will bring you closer to my people. This is what we expect, every single one of us!”

Probably Newald is sincere. He believes in his version. Does it prove that Zelda exists? When it comes to parallel worlds, others talked about them, others went there. No secret.

And regarding the acceleration of the time, it was already evident in 1989, at the time of this abduction. And since then it has only considerably grown. This crazy acceleration increases the porosity between the planes of reality.

The walls that once separated these different parallel worlds collapsed, as the Berlin Wall. Perhaps they are still there, but the acceleration has made us wallcrossers.

Juan Matus, the benefactor of Carlos Castaneda, made him once this confession: “There are five great bands of emanations that we can assemble. The one in which we all are, and two others on each side.” This curious formulation refers to the beautiful theory of knowledge developed by the Toltec sorcerers, to which constantly refers Juan Matus.

What the hell could be a band of emanations? And how could I assemble such a thing? In plain language, this means that there are four other planes – or systems of worlds – in which we can go. Which doesn’t mean four universes parallel to ours. In fact, there are many more — an infinity, no doubt — that are available to us in each of the five plans.

What are you planning for the next vacation? 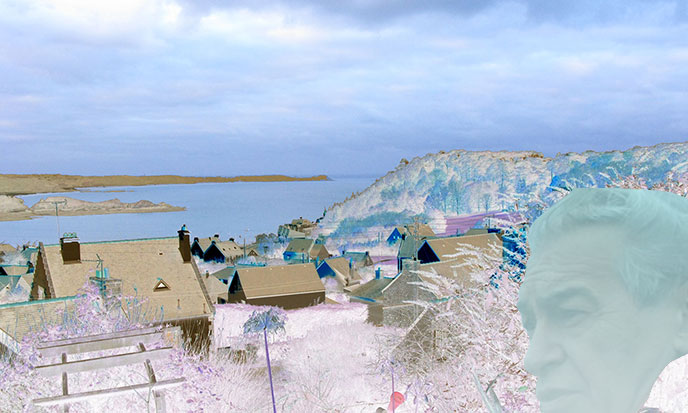