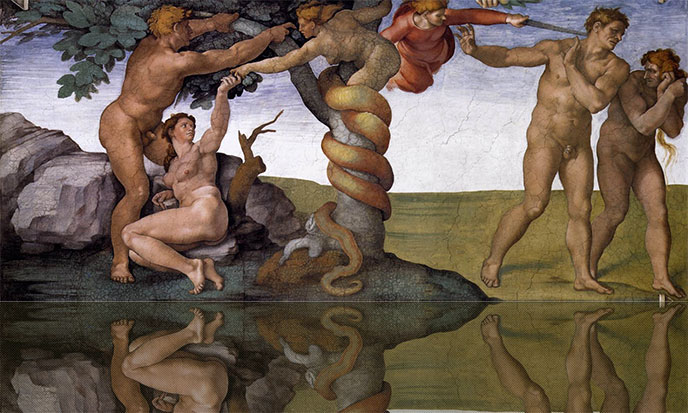 The golden age, the lost paradise, the nostalgia of a brighter, more magic ancient past, is another recurrent myth in many traditions.

It often combines with images of a vanished garden, where trees of abundance gave juicy fruits throughout the year, where streams of milk and honey flowed endless, where life was easier, longer and more beautiful than now. This breathtaking past does not look like the real Golden Age.

On the contrary, Golden Age means maturity, power, superhuman strength of giants, divine intelligence of superbrains. Whether Darwin likes it or not, our ancestors from Neolithic did not utter hoarse cries jumping from branch to branch.

They did not wear pants in buffalo skin. They did not knock out their wifes with a bludgeon. They were fully enjoying a wonderful scientific and magical achievement, surfing on alpha wave with their two brain hemispheres combined. Bad luck: their wonderful science and philosophy did not prevent pride and rivalries. The so-called Golden Age ended in a nuclear world war. No link with paradise, dear. The golden age that we regret, the paradise that each of us, deep in the heart, mourns the loss, is not that of origins.

No, because the true paradise lost was the after flood renewal. The big thaw, the beautiful and muddy spring which followed the ice age. Millenia of tsunamis, ocean rising and cities engulfed. Through the fault of the Bible and the beautiful story of Adam and Eve, paradise is a garden where  naked and innocent men and women, in the company of God, it was the kindergarten creation. Nay. It’s just the big restart after a very serious disaster, the flood that has wound – that is the word – three quarters of the earth’s population. Quick repopulation was needed. 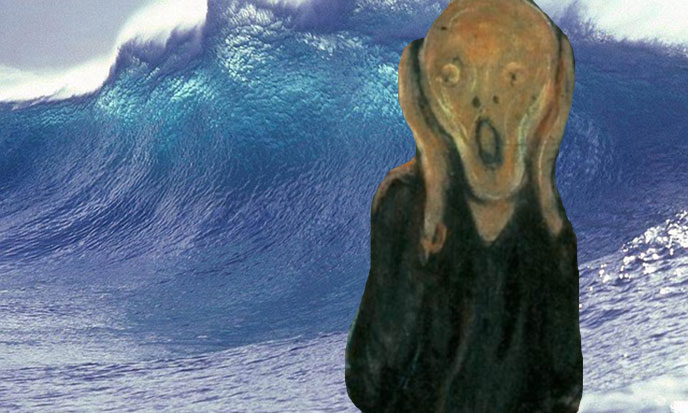 The survivors were soon overwhelmed – this is the word – by the magnitude of the task. They had the idea to make carers, much smaller but still sophisticated enough to perform field working and all shebang. In the Bible, this episode is described as the creation, but no. Man existed long before that, since he created another man in his image – but less well. More than once during the winding saga of our species, an episode has hidden ten others, such as a tree hides the wood.

As the priest of Sais told the Greek Solon: “You Greeks are children without past, without memory. About the flood, you know only the most recent, that of Deucalius. But there were many more and more formidable ones.” (source)Plato ‘s Symposium After a stronger flood than hundred that preceded, all was to rebuild – what the survivors did. With the help of sub-humans they have made – and not exactly created – for their service. Often, history repeats itself. They say it stutters or it plagiarized itself. 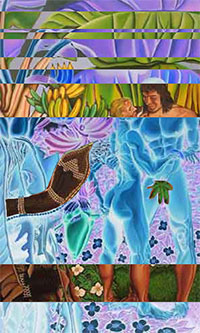 The characteristics of the golden age, longevity, superhuman strength, eternal spring, many fruits and crops, are the exact description of our planet when still in the ecliptic plan. The seasons do not exist, replaced, in our latitudes through the eternal spring.

Hence the abundance of fruits all year. Moreover, our planet was producing prodigious amounts of energy, because the rotor-stator system it forms was in perfect balance then.

Real flows of subtile energy were circulating all over the world, creating optimum conditions for life, the sacred biotope. The abundance were real wild men for the first time. But the global accident occurred, the Earth is tilted on its axis, and that was the end of eternal spring and Eden.

Agriculture started at that moment, and harvests were boosted by the sacred streams. Under the civilizing influence of Atlanteans, the new farmers learned to domesticate animals, starting with cows and bees, hence the rivers of milk and honey. Milk and honey are found in many traditions, they are a characteristic thing of that time.

Of course, you cannot be idle at gods’ service, the gods are fearsome with the small staff. For humans from beyond, the stories of gods seem very distant, with an aura of light and glory, dressed in the coat of dreams. Yet, the gods are not angels, far from that.

For the time coming, goodbye freedom, stop laughing, everyone at work. The delights of idleness were presto replaced by the imperatives of productivity. Poets were assigned chores crapper, artists at the bottom of the salt mines and scholars in the pillory, as always, as ever.

As always, the people of that time began to regret the lost paradise, the happy leisure time on the grass picking strawberries. As ever, back to barbarism, the famous Mad Max syndrome – inevitable after any major disaster – was slowly replaced by another syndrome: Into The Wild. The poignant regret of wild life, when deprived of liberty, deprived of life, deprived of oneself, deprived of the company of beasts and birds of prey, deprived of infinite sounds of nature, deprived of its intoxicating scents … just to WORK.

Hard working without respite for sated godfathers. Some races have refused this program. They deliberately chose to return to nature. This was the case of the Reds and Blacks. Some Whites were fooling them, in the beginnig, but now many others want to be like them. Many, many. Sure.

You will see me one fine morning exhausted I will go and sit on the next sidewalk. You will see that I will not be the one Sitting down on the ground. (Alain Souchon)