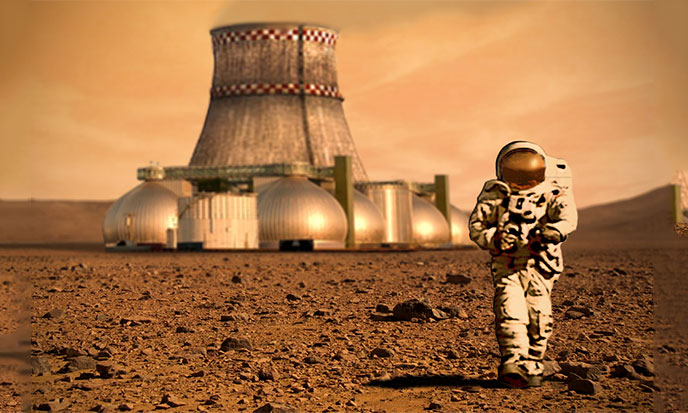 In that time, the Snakes Gods ruled this planet Ki. Anunna they called themselves, because they were the sons of Anu. Overwhelmed by work, they complained to their leader who said,

“I will create a wild man called Lulu. It will be attached to services for the Gods so they lack nothing.”

When compiling the Sumerian Genesis, Bible’s Genesis and other ancient international traditions dealing with our origin, we arrive at this singular story, which has a good chance of being correct.

Sumerian Genesis describes the conditions of life on Earth when Anunna Visitors landed from Heaven, long before they build the first cities in Mesopotamia.

Following a flood or other major disaster, result of what we today call a nuclear winter, when thick clouds hid the face of the sun and moon.

The sky was no longer visible, permanent night and cold tenacious Ki had taken possession of our planet. It was then that “reptiles really landed.”

The Sons of Anu had green skin, high stature and great vigor.

They are Serpens Sapiens.

Not really snakes, rather lizards, because they have legs. In fact, they have a humanoid body, but their skin is covered with scales. Like the dinosaurs …

By Jove! The sons of Anu would they have inherited a fabulous civilization, that of the great dinosaurs of the Mesozoic? If they were civilized, Eden Saga is proud to offer you this prehistorical scoop…

Anyway, it is assumed that dinosaurs disappeared suddenly after a meteorite collision, 60 million years ago. A human civilization at that time? Why not? This scenario does not exclude that some of them more developed, Dino Sapiens for example, have found sanctuary in space to get away from the Flood or any other cataclysm. 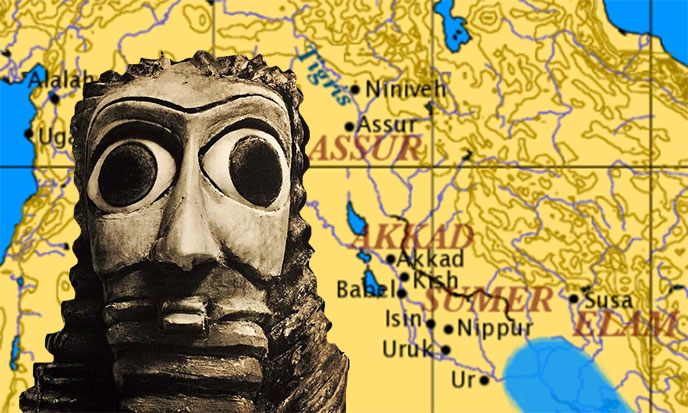 In this case, their mother ship would have served as an ark, the Former Gods would then be the original version -and space version- of the myth of Noah.

After a few decades, some centuries or more, when the global climate situation has allowed it, they came back. Why not?

“When thick clouds hid the face of the sun and moon” tell the legends. Was it a disaster,  natural or not, ie some star wars? Indeed, George Lukas says his ‘Star Wars’ tell  very old facts.

This is not improbable as our distant past knew technology, spaceflights and WMD. Under the clouds, the Son of Anu found a ravaged world, where everything had to start over.

Then began an era of great works on the planet Ki. The SciFi invented a word to describe this process: the terraformation.

The terraformation is a classic theme of science fiction. It is the study and transformation of the natural environment of a planet to make it habitable to humans by bringing together the conditions for an Earth-like life. (source)Wikipedia

Under Enki‘s leadership, they rolled up their sleeves on their scaly arms. There were many emergencies: cleaning up the marshes, draining the plains, and building the first cities.

Later, the progressive arrival of drought posed a major problem for the elite: how to feed the people?

“The son of Anu did not know how to grow grain, bake bread or make clothes. They ate plants and drink water ditches as animals.

As long as the vegetation was abundant, they had no problem eating, but as the land began to dry up and the number of humans grew, they had to find other ways to feed. It became necessary to cultivate their own food.” (source)R.A. Boulay, Serpents and Flying Dragons, 1990

Thus, the brutal start of the agriculture was necessitated by the drought that allowed no longer the traditional hunting and gathering.

Note that the Sumerian tradition coincides with historical data, but also with the Bible. The decors change, as the characters, the story remains the same. These reptilians who are reluctant to base their heavy task, they are the angels of the Bible. They work hard for the elite, reptilian too. Some superior Serpent-Gods who are none other than the Elohim of the Bible, ie God himself.

Guided by the same traditions, the Bible presents the work in the garden of Eden before the creation of man. First, the Serpent fucks the job. Then Adam came.

Facing the hard task to terraform our devastated planet, The Snake sub-gods, sons of Anu, were soon tired. They invented slaves to do their dirty work.

The reptilian sub-gods had already dug mines to extract minerals. They had to “provide the Elohim silver, gold, gemstones and pearls that.” The construction of cities, constant repairs, reconstruction of canals and dams and mining operations had required considerable effort from the sons of Anu.

But agriculture, no no, this is too much. Reptilians will not ever get used to. Could imagine a Tyranosaurus Rex farming, or any dino sewing corn? The reptilian sub-gods were poor farmers.

And the Superior Gods had a problem …

The sub-gods, as I said, are the angels of the Bible. A Sumerian myth, “the dispute between livestock and grain,” describes the first attempts to alleviate the suffering of the Angels. 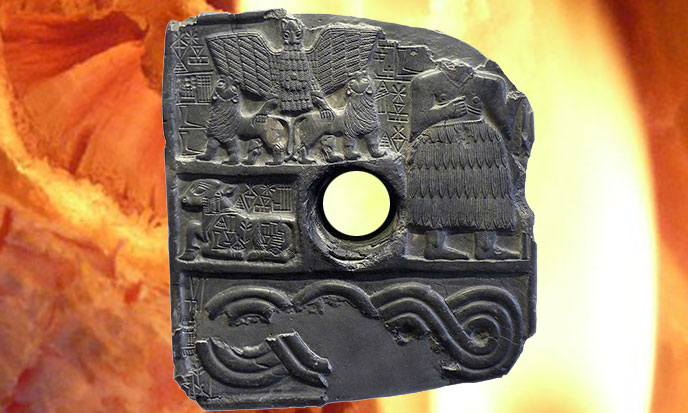 In the “Chamber of the creation” of the spacecraft, two goddesses were created: Ashnan to teach the Angels to grow grain and Lahar, to teach them how to raise up to their livestock. Their education was a complete failure.

The Angels were definitely spoiled in agriculture. Something else was to find.

Thus, “the man received the breath” to serve Anunna that were true genius in genetics.

Marduk, the chief god, decreed a savage would be created, “and man will be His name.”

Since previous genetic experiments in the “Chamber of the creation” of the spacecraft had not been very successful, they would proceed differently.

The task would be entrusted to the head nurse, Ninhursag, and to the best geneticist, Prince Enki.

They would design and assemble the genes of a “lulu” or “lulu amelu”: this was the primitive man, our ancestor, a true Homo Sapiens Sapiens.

Enki and Ninhursag tried several experiments in Abzu and in the spacecraft of Prince Enki, before experiencing success.

Ninhursag fashioned varieties of individuals of different sexes from clay, all complete failures.

By dint of trial and error, Enki and Ninkhursag have finally found the right formula.

Ova of primitive animals, probably apes, genetically modified, were fertilized in vitro and reimplanted into the uteri of fourteen goddesses of birth. This procedure is described, inter alia, in the Epic of Atrahasis.

“Fourteen uteri were collected and then fertilized with the essence of the gods to create seven males and seven females.”

The Anunna made them male for their service and female for their pleasure, but they did not want them to breed, because they intended to keep strict control over the genetics of their creatures.

As we have seen in Pandora’s myth, the Former Gods considered natural reproduction as a true genetic lottery which was likely to damage the perfection of their carefully designed creatures.

The seven women were the seven daughters of Eve. Their beauty and their charms were well adapted to their new task: Gods’ entertainment.

If the first women look a lot like prostitutes, ie the oldest job of all, we must admit that Gods look like Berlusconi. To read Greek mythology and gallant exploits of Zeus, one sees that the Gods would have a field day playing bunga-bunga.

The seven men were seven son of Adam. Seven hybrids reptile-mammal, the image of their creator Enki the Prince of the Serpents.

Each of the seven was adapted to a particular task.

The seven son of Adam each had specific talents, to develop particulate know-how adapted to their future tasks. The operation was a complete success. Enki and Ninhursag had fulfilled their contract.