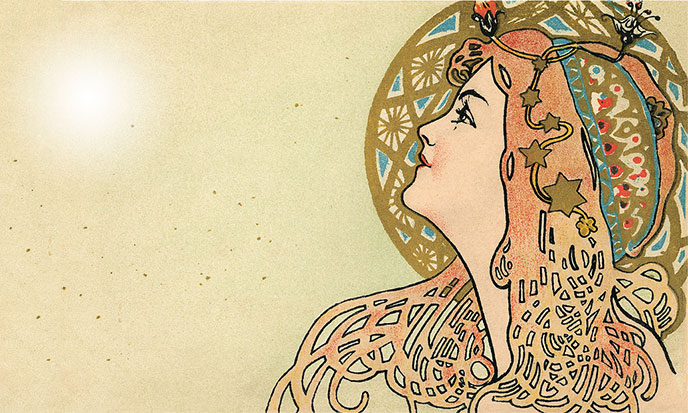 Many traditions announce the coming of a major change: the end of an era, or that of a cycle, or that of a humanity. An inner voice also whisper the same in each of us. The radical change that begins will bring a revival in all areas. Already present in the minds of researchers, this revival is called the new paradigm. Our positive thoughts and our commitment promote his coming soon.

End of the Hopi Fourth World

For the Hopi as well as for the American Plains Indians, we will soon enter the fifth and last World. This is not an end, but an achievement. Although, unfortunately, the Hopi prophecy announces changes and disasters in the preamble of the World to come. Australian Aborigines await the return of the Dreamtime, that happy time of the origins where time and space were not the same, where animals spoke with humans. For the Hopi as for the Aborigines, the world to come is a spring.

Judgement Day of the Christians

No need to multiply examples of ancient traditions, all of which announce a coming: a new spring will bloom again the old world. In Christianity, there is also this almost painful waiting, that of the Messiah who will return to judge the living and the dead. The Apocalypse of St. John describes the decay of an era similar to ours, listing signs several of which having already appeared. Christian prophet Edgar Cayce too points at our time without ambiguity.

You can not create a new future if you cling to the past. (Karen Downing)

Age of Aquarius for Hippies

However, according to the scheme of zodiacal eras, no end of the world is announced, quite the contrary: we enter the Aquarian Age which will settle the reign of understanding and harmony.

The hippie movement of the sixties and seventies describes this era as a return of the golden age, of the person in his divinity, and of unconditional love. Let us accept the omen, even if tolerance and respect for others do not seem to have the wind in their sails. Everything can change so quickly, and change back even faster. For a Christian, for example, the Judgment Day is not a total disaster. Of course, the damned will spend eternity in the flames of hell. But the elect will come out. Anyways.

Let us pray to be in the right side. Even if we no longer believe in these old moons, a good prayer does not hurt, go…

Eternity is a long time. Especially towards the end. (Woody Allen)

The perspective hippie of the New Age, the return of a golden age, is not only supported by numerous very ancient predictions. Many scientists out of the dogma support seriously this hypothesis, as physicists Régis Dutheil with his theory of human super-bright, and Jean-Pierre Garnier-Malet with his theory of time split. Or biologist Jacqueline Bousquet who introduced quantum physics in the field of living. It was time. Everything happens as if the river of tradition joined the torrent of new physics.

“We will soon know the civilizations who have made us and who watch us grow, so let’s stop being naive. The Greeks, like the Hebrews, had an angelic vision of the first gods who embodied the Nemesis, the Perfect Standard, the Ideal Conduct to which every man would comply. Yet Zeus the seduceris not a paragon of virtue. The jealous Yahweh is not a model of justice either. They no longer exist, R.I.P.: it is our turn to carry the Olympic Flame.” (source)

We can understand the origin of this blunder. Our Greeks, Egyptians, Celts and Romans took bladders for lanterns. The gods before were not God. The notion of God is inherited from the Hebrews, themselves influenced by Egyptians who were already very decadent. All these brave people, listening to their inner voice, confused the former gods with the Source. They took a happy bunch of hyper-developed aliens for one god, whom they called the One, and stuck in place of the 15 million or so star visitors who terraformed this planet into the populating wonderful creatures … like the rest of us.

Although our wonderful character is hard to admit when we see what is happening and what we are doing with this poor planet. What good is it for terraformers to fret? One day they will take the fly and remove all those who obstruct their plan. There, it will kill billions. Hopefully we can pull ourselves together before this fateful moment. If you ever see them coming back, duck you sucker.