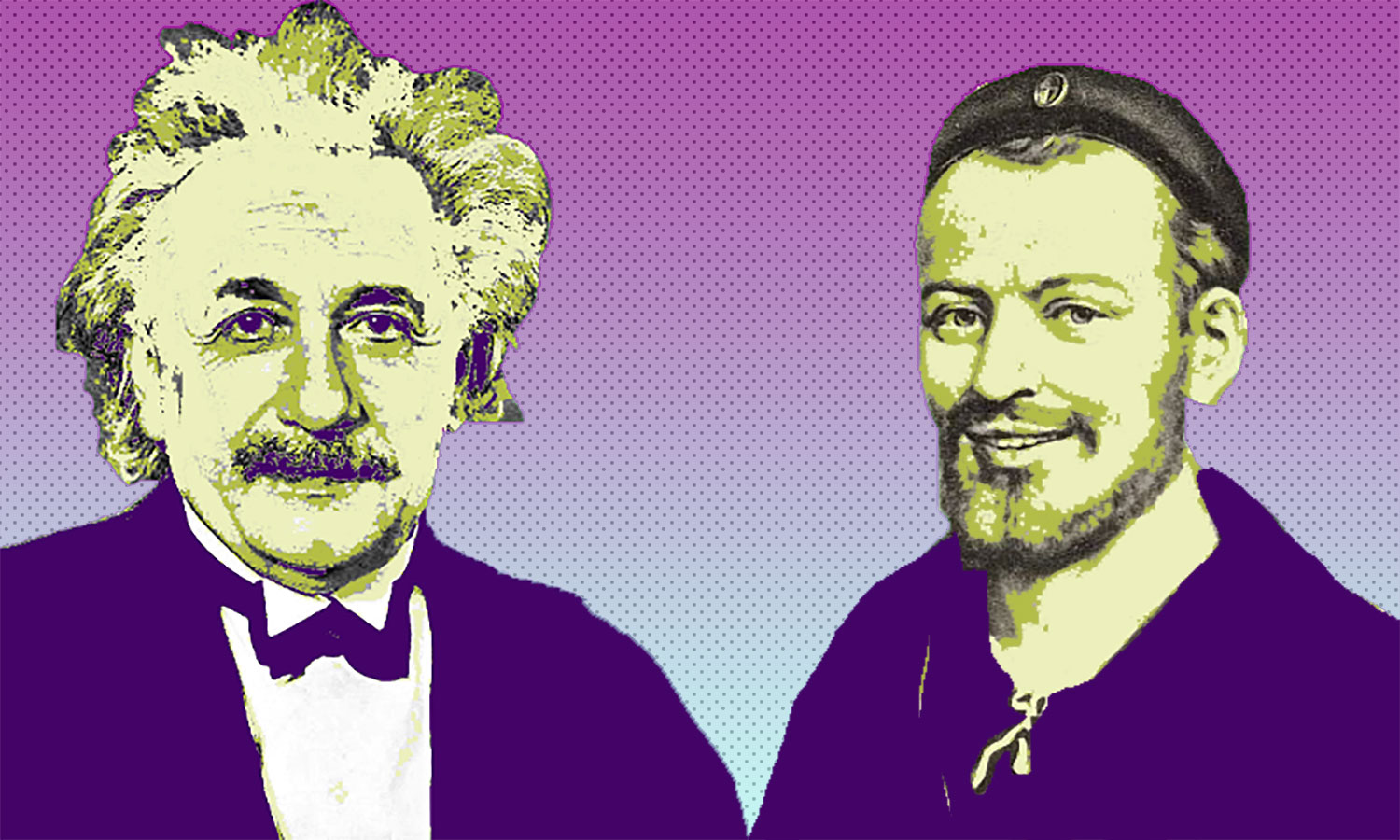 I’m delighted to welcome a new author: Eder is now studying the eternal problem of consciousness, and its relationship with the soul. A hot topic which has caused rivers of ink to flow since the invention of the printing press, and which has already tortured wise men since men have thought. (xs)

“All is said, and we have come too late for more than seven thousand yearsneeds updating! that there are men and who think. With regard to morals, the most beautiful and the best is removed; we but glean after the old sages and after the clever of the modern ones.”  (source)Les Caractères, ou les mœurs de ce siècle, La Bruyère, éd. Estienne Michallet, 1696, Des ouvrages de l’esprit, p.7  And yet, with advances in quantum physics in particular, a renewed interest in this great question makes it move from metaphysics to science. Balance sheet.

In Pantagruel, the droll novel by Alcofribas Nasier (anagram of François Rabelais) Gargantua sends a letter to his son Pantagruel, in which he urges him to study. He concludes with this sentence: “Because, according to wise Solomon, wisdom enters a bad soul, and science without conscience is but ruin of the soul, you must serve, love and fear God, and put in him all your thoughts and all your hope, and by a faith guided by charity, be united to him to the point that you are never separated by sin.”

A prelude to modern bioethics, the famous “science without conscience is the ruin of the soul” seems to tell us that man is endowed with a soul and a conscience and that both are inextricably linked.

The scientists of the 80s promised us immortality and a semblance of paradise at the turn of the 21st century, and many of Panurge’s sheep still believe them. For those adorers of Infallible Science, all this would be rubbish. They believe hard that consciousness is born of matter through brain activity – as for the soul, it does not exist. Point bar! In short, life has no meaning except that of being lived. All this world around us would be only the result of a sum of hazardous events. It’s hard to believe.

As he is right, Gargantua, when he says: “The whole world is full of learned people, very learned teachers, very large libraries, so much so that I believe that neither in the days of Plato, nor of Cicero, nor of Papinian, it was as easy to study now (…) I see the brigands, executioners, adventurers, grooms now more learned than the doctors and preachers of my time.” (source)François Rabelais, Gargantua 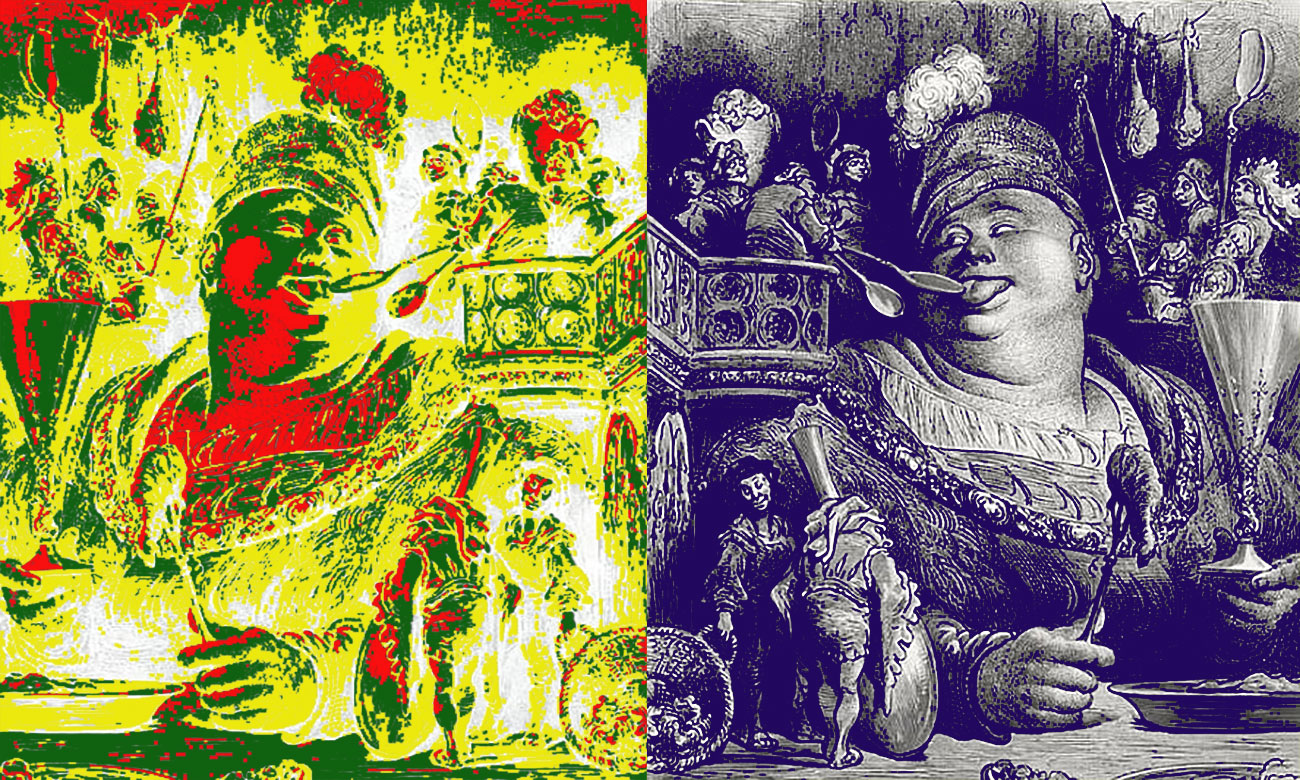 Five centuries later, things have not changed much. Thanks to the internet, it is still much easier to study nowadays. And yet, if we believe Einstein, nothing is certain, everything is relative, reality refuses us. “Belief in an external world independent of the subject that perceives it is at the root of all the natural sciences, but since sensory perception gives only indirect information from this external world or physical reality, we can not get it but speculatively. It follows from this that the notions we have of physical reality can never be definitive …” (source)Einstein, correspondence

Today, quantum physics rams the point home. A century after Max Planck and Louis de Broglie laid the foundations of this new physical approach, we are just beginning to understand its scope and implications. “Anyone who is not shocked by quantum theory did not understand it”  (source)Niels Bohr Rabelais was far from suspecting that without conscience, well! No science at all.

Our senses deceive us, already noted René Descartes. More and more people now agree that consciousness would be something outside of us and in which the brain would act as a filter to create the world as we perceive it by dropping the wave function that is to say by transforming waves into particles, according to the principle of the wave / particle duality – the famous quantum mechanics of Louis de Broglie.

Matter exists in this form only because there is an observer, and because this observer is conditioned. There is something to be shocked, right? If the question bores you, you just need some research on the web to feast. I advise you the amazing experience of the double slot of Young. (source)

Sri Ramana Maharshi is one of the most famous contemporary Hindu masters: “The world is only a manifestation that appears on the screen of pure consciousness.” Or again: “There is no difference between matter and spirit, modern science admits that matter is energy, energy is Shakti, so in the final analysis everything is only Shiva and Shakti. That is to say, the Self and the mind, the bodies have only an apparent existence, they have no reality in fact.”  (source)Ramana Maharshi: Immortal consciousness.

Where we see, then, that scientific theory finally confirms what the great spiritual masters have always preached to us: everything is Maya, everything is illusion. “We are at this very moment, Existence, Bliss, Infinitude, our consciousness is an uninterrupted, eternal flow, to imagine being temporarily something else, to be immersed in maya, it is to hypnotize oneself. Get out of this state of hypnosis.“  (source)Ramana Maharshi, Immortal consciousness 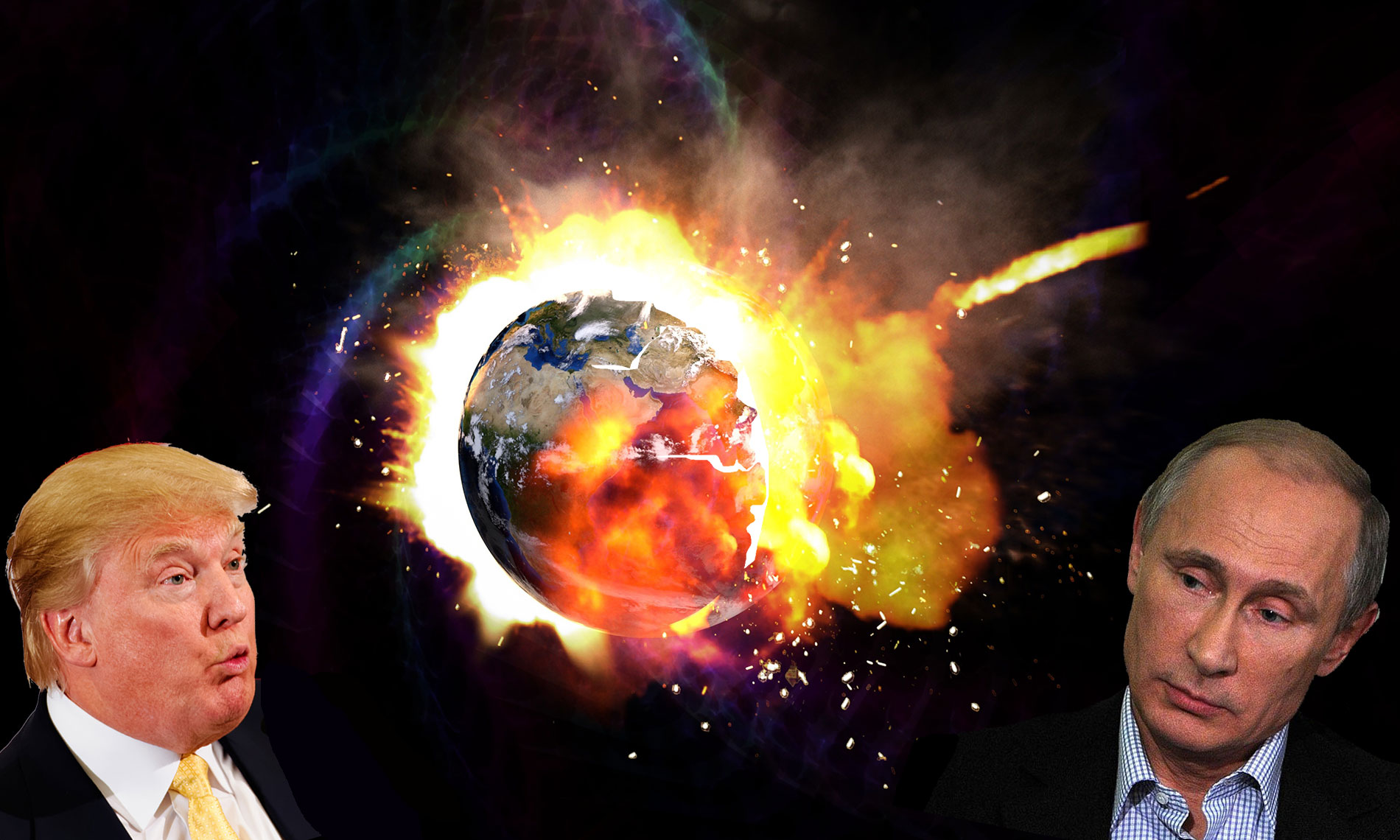 Let’s forget the illusions that are global warming, the various wars that agitate our planet, the price of oil that makes yoyo. But above all, forget Trump, Putin, Kim Jong-un, Orban, Erdogan, Bashar el Assad, Bolsonaro, Ben Salman … Have they all lost their heads? Fortunately for us, “A lost head only kills the person, while lost balls kill all human nature.”  (source)François Rabelais, The Third Book

“Friends, you will note that by the world there are many more jilts than men,” adds fellow Rabelais.The Fifth Book, posthumous work by François Rabelais But apart from that, Madam Marquise, everything is fine, everything is going well very well … (known air) While his leaders are derailing, a question arises. The only question that is worth it. Will humanity be awakening?