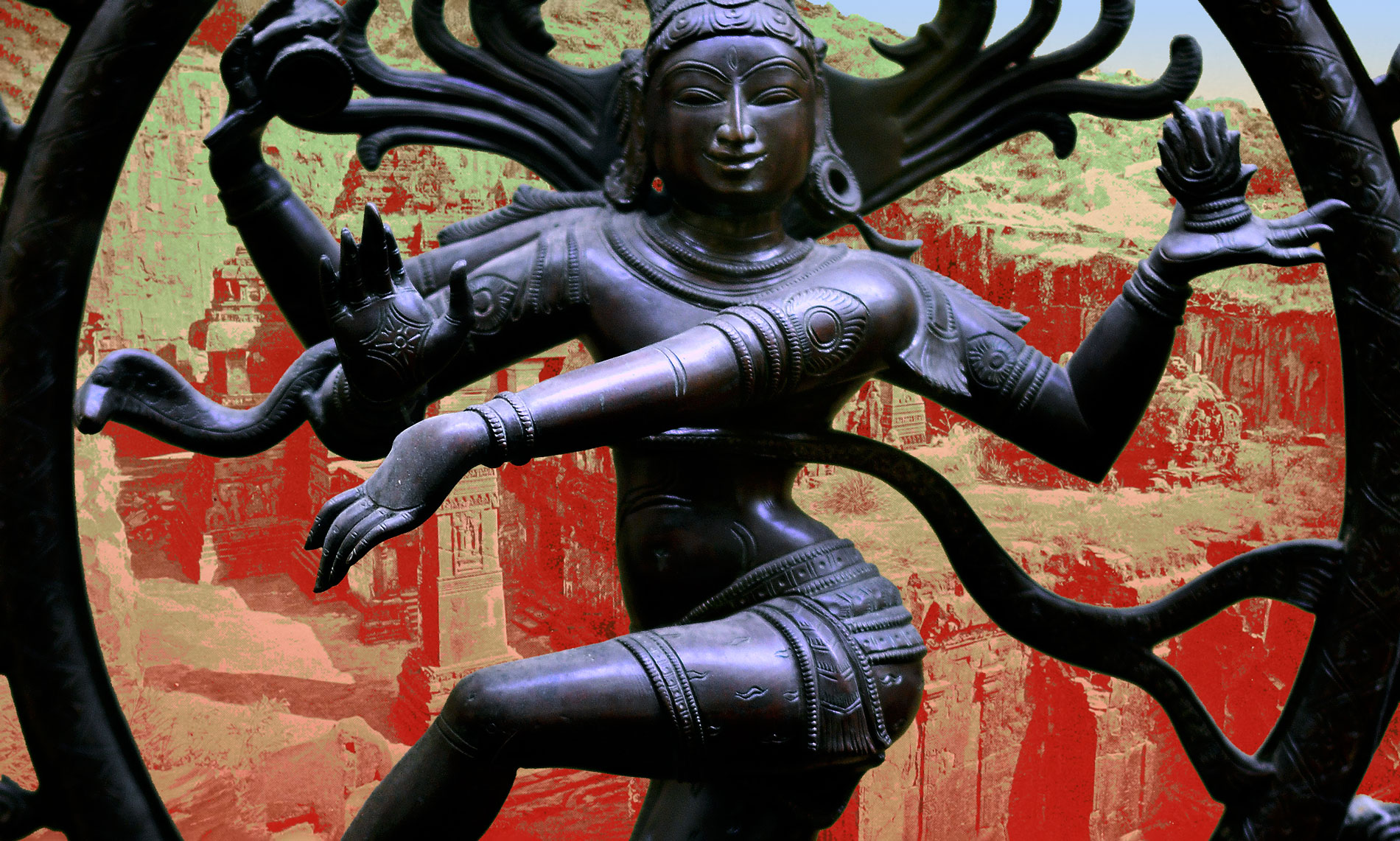 Shiva, shiva pas?French: Do I go or not? That’s the question. When we start, we have trouble stopping. Shaivism is a hard drug into which I fell half a century ago. It has not let me go since. It’s my religion, I have none. It’s my philosophy.

Hindu mythology is very complicated. It results from the blending of twoat least! very different religions, with the inclusion of a host of vernacular or foreign traditions. Like the Indian subcontinent formed by the collision of Gondwana against the Eurasian plate, Hinduism was born from the protohistoric shock between Shaivism and the Vedic religion. I know India from heart. I spent several previous lives in India. I lived there in this life with a saddhu who took me in affection and transmitted to me the essence of Shaivism. In my turn I cracked on the French indianist Alain Daniélou who opened the doors of this unfathomable abundance. Even today his precious books extend the word of my mentor.

I evoked the geological theory that India was born from the shock of two tectonic plates. In fact, it would be more complicated than that: “Since the seventies, the specialists attribute the origin of the Himalayan chain to the collision between India and Eurasia, however, the precise modalities of the formation of the Himalayas are still subject to debate – is it a stack of continental scales or the expulsion of partially melted rocks?”   To the one who scrutinizes Hinduism and its vertiginous, swarming, protean corpus, comes the same impression of a stack of scales or the partially melted original fragments. End of the metaphor: comparison is not reason.

The text quoted below in italics evokes the three paradises of Hinduism. So there is no Shivite inspiration where there is only one paradise, that of Shiva Baba. This text is situated in a modern perspective where the all-powerful Shiva is no longer one of the three gods of the Hindu trinity (trimourti), he who reigned supreme over the heart, body and spirit of his faithful devotees.

Kailasa, Kailasa or Kailash, is the second of the Hindu paradises; it is located above the sky (Swarga). It is the home of Shiva, third person of the Indian trinity (trimourti). It is identified at Mount Kailash Parbat, it is the Ghang Rimpoche Tibetans Tibet (6715 m). The Hindus suppose that Shiva and the god of wealth Kuvera, have fixed their stay in the Himalayas. They each have their city and their palace. Alaka is the city of Kuvera, that of Shiva is called Shivapura. To be admitted to this double paradise, one must have spent one’s entire life worshiping Shiva and his lingam. 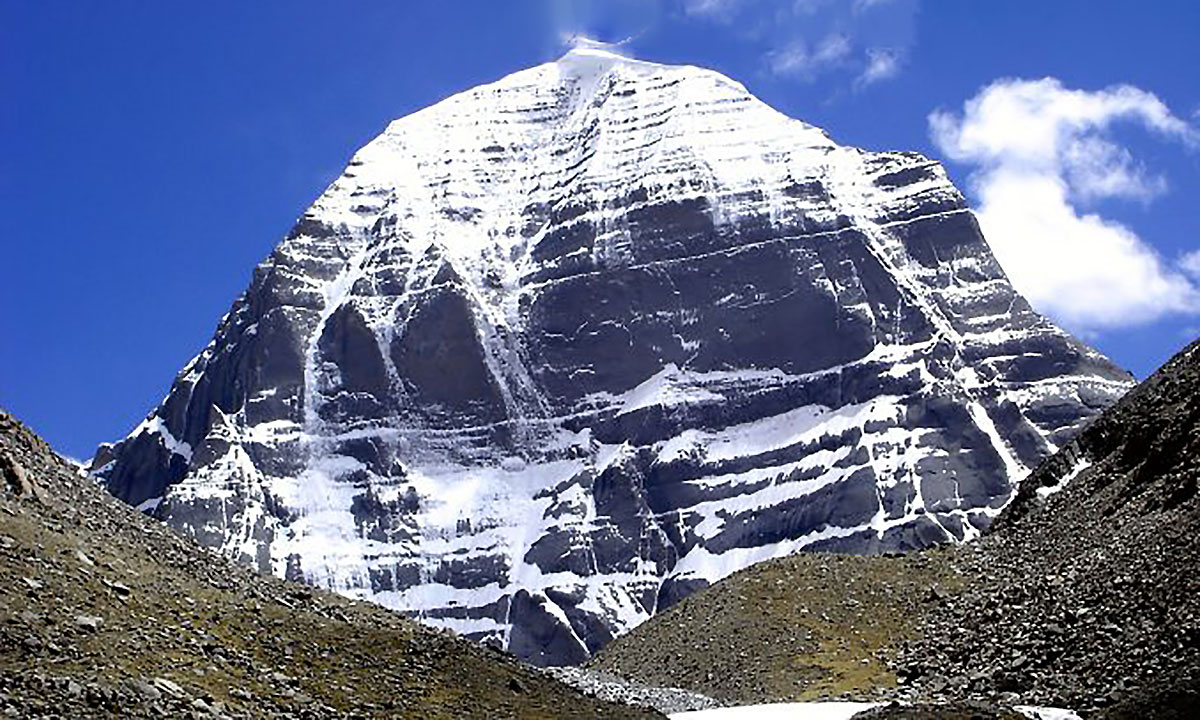 Double paradise, note it, I will come back. A paradise not on earth, but above the sky? Do you really remember that? It’s because you have not read me for a long time. I am referring to this paradise above the North Pole, Hyperborea. I have shown that it is an artificial planet, what is now called a mother ship. Hyperborea is the geostationary interstellar base from which the “astronaut gods” terraformed this planet. This wandering planet comes back when the need arises. And for us, it’s not a pleasure.

When the Sumerian tradition evokes the planet Nibiru, it speaks of Hyperborea. Mount Olympus where Hera, Zeus and the Greek gods live is another metaphor for this paradise in the sky. The Bible calls it the Garden of Eden, or the earthly paradise, not because it was on earth, but because it was not far off and its mass occupied half the sky. When the Middle Ages speak of the Celestial Venice, he still speaks of Hyperborea. Celtic mythology calls it Gwenwed, the sphere of white light brighter than a thousand suns.

This mother ship was so dazzling that it could not be seen in the face. So it was called the Sun. The angels or giants of Hyperborea have reproduced themselves with humans, their offspring are called Sons of the Sun. We find this title and its Son of the Sky variant to designate the noblest of nobles under all latitudes, at all times, in all cultures. Kailash is the name given by Shaivism to the wandering planet Hyperborea / Nibiru / Eden. Like Hyperborea, Kailash has its capital: Shivapura written Shivapore or Shivapur in English, as Jaïpur, Jodhpur or Singapore.

Shivapur is the city of Shiva, dominated by his luxurious palace. Shiva is not showy, he loves to walk naked, covered with ashes, showing shaggy hair and vague eyes. His collar of skulls and his belt made of a deadly cobra do not make him attractive at first sight. This is why the collision of Hindu tectonic plates has added the god of the big money, just to justify the incredible Kailash luxury. But say so, this sound is familiar. And terrible, like the sound of a burst of Kailashnikov. 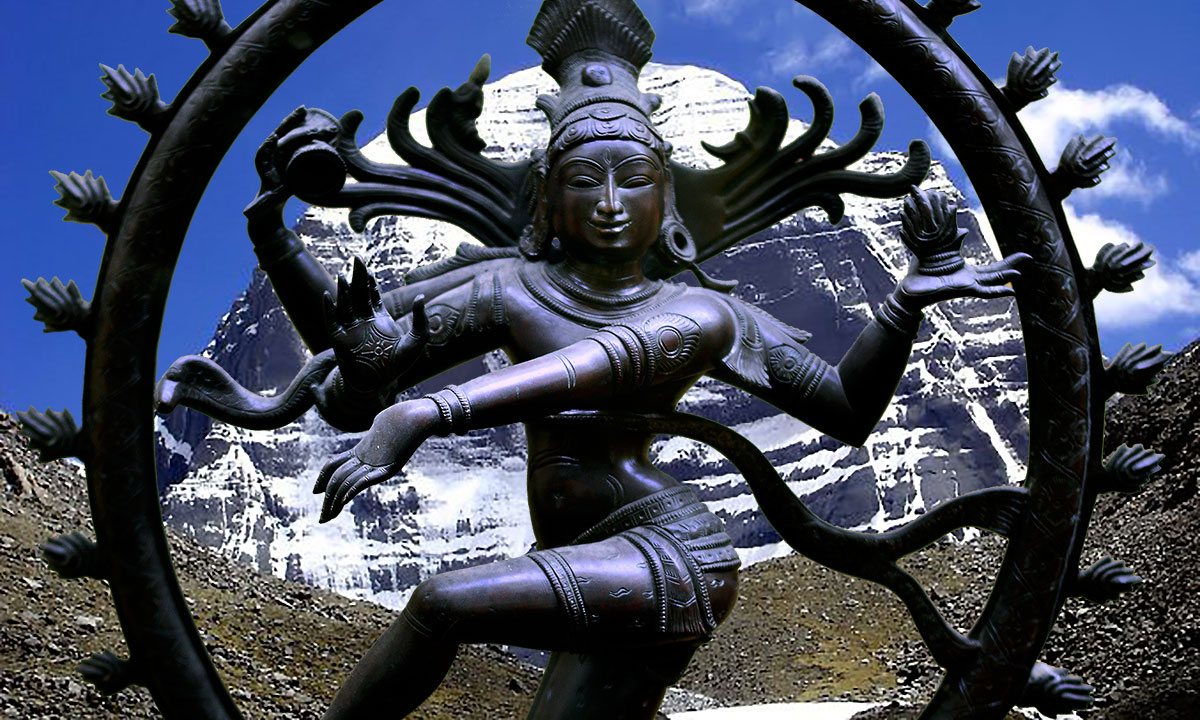 There is another cause for double heaven. Like his western counterpart Dionysus, Shiva is a double god. Everything about Shiva is double too. Thus, Shiva can not be conceived without his Shakti, the beautiful Parvati. All in all, they are inseparable. I kiss so I am, such is the message that the supreme being sends to the poor humans tortured by too many centuries of sexual scarcity. At Shivapura, everything is done for the pleasure of the gods, which begins with that of the eyes.

“At Shivapura, gold and jewels shine on all sides; the flowers blossom in all seasons, delicious fruits hang from the trees, cool zephyrs refresh the air, divine birds distil their sweet tweets. Shiva surrounds him with the most beautiful nymphs who entertain him with their songs and their dances. A multitude of saints of all times hasten to serve him, and share the favors of his innumerable mistresses. At his side is Bhavani, Parvati or Durga, his sister and his wife, the goddess of Yoni, a feminine organ, which carries in her bosom the seeds of all things, and gives birth to the creatures she conceived of her divine spouse.”

The present Hinduism results from the collage of a thousand and one different traditions, where the same god can have three thousand names, where the gods are thirty thousand, where the past of man is counted in millions of years. There is the best and the worst, but do not be afraid to stuck the dust of millennia on the mountains of time. Stay cool, I’m Sherpa. In this apparent jumble, it is difficult to find the great truths of original Shivaism. While the practices vary according to the sects, they are all characterized by the abundance of rites and superstitions. Krishnamurti did not like Hinduism, which he found ridiculous, infantile, bloated. I leave him his judgment. He is no longer, he does not care. The following text, of the same vein, illustrates the need for a return to the Syrian springs, a revival of the cult of lingam … and yoni, I add. Because the essence of Shaivism is in mating.

Hindu mythology represents Kailash as a mountain of gold. “A platform at the top supports a square table adorned with nine precious stones,” says Creuzer, “In the center is the padma or lotus, bearing the triangle of origins, the source of all things.” The triangle leaves the lingam,phallus the tree of life which had three barks, the outer bark is Brahma, the middle bark is Vishnu, the third and the softer is Shiva, and when the three gods separated, only the bare stalk remained under the guardianship of Shiva. The god divided this phallus into several lingam radiating light, attracting the gaze of gods and men. Spread out in various parts of India, they received the pious homage of the mighty governors (vashou) of the eight regions of the world.” 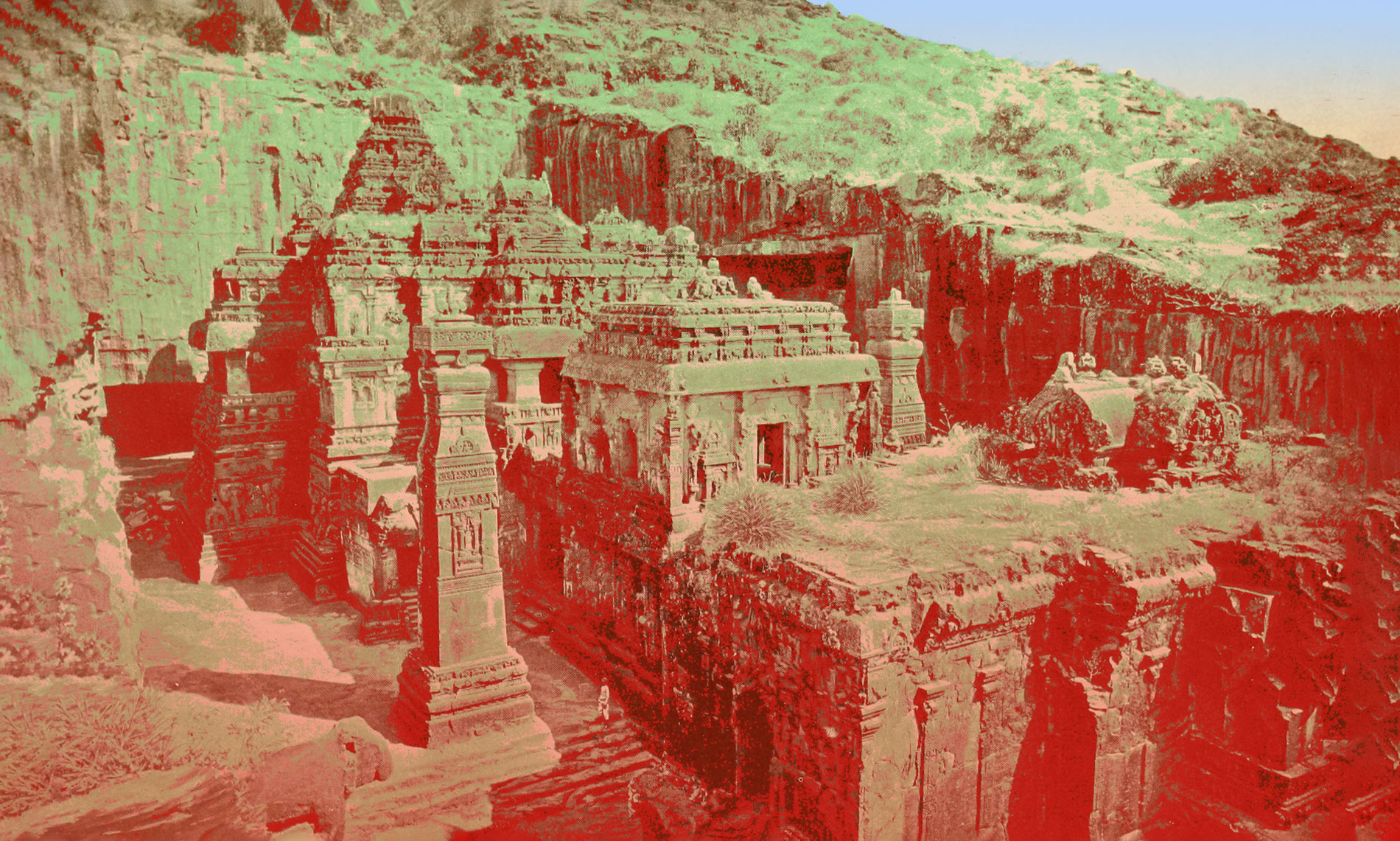 Observing the globalized planet is a hobby worthy of the gods. Whoever does it can not fail to make interesting discoveries. I see coming a world where sensuality will come back in force. It is useful and it is saving, after this sensual desert that rages in the West as in Asia or America. Everywhere rapists, perverts and pedophiles illustrate the recurring impossibility of uniting in love, self-giving and the desire of others. A love with no calculation, no concession, no limit. When one meets body to body, when the lingam unites with the yoni, the lotus with the thousand petals blossoms smiling with happiness, and laughing with a long laugh of open flower.

Love, the beautiful love of dreams
Does not care about the over-thinking
Who softens before the relief
Come with, he leaves without.

“Ah, but not at all! The first erogenous zone is the brain!” In the evenings when I went, there was always a donkey graduate to utter this absurdity. It says a lot about the sensual poverty, the distress of the empty body, skin against skin that fizzles, that fairs, emotion sadly absent … And during that time, the fantasy machine brain turns like the counter a Neapolitan taxi. He grinds buttocks in bulk, unhealthy breasts, overcooked cocks and asses too raw. Pay your sheaf! Sad topical trouble-to-enjoy. Thank you porn that is exhibited in length of ouèbe and becomes the dominant sexual model in the heads of the minots. From the age of 7, they see eight to ten pornographic images a day. Thank you tablets, smartphones and other consoles. A console ? It consoles cons alone.

Resist! Be proud of who you are, what you do. Your kids are watching you and understand what’s going on. We educate, not by what we say, but by the example of what we do. Parents are the last adventurers of modern times, Françoise Dolto told me. A good parent is an impeccable warrior. It’s a full-time job. If both parents are warriors, the inevitable ups and downs of the couple will spare their offspring. But if one or both are let go, the absence of control and the excesses that ensue will be very detrimental to the most fragile.