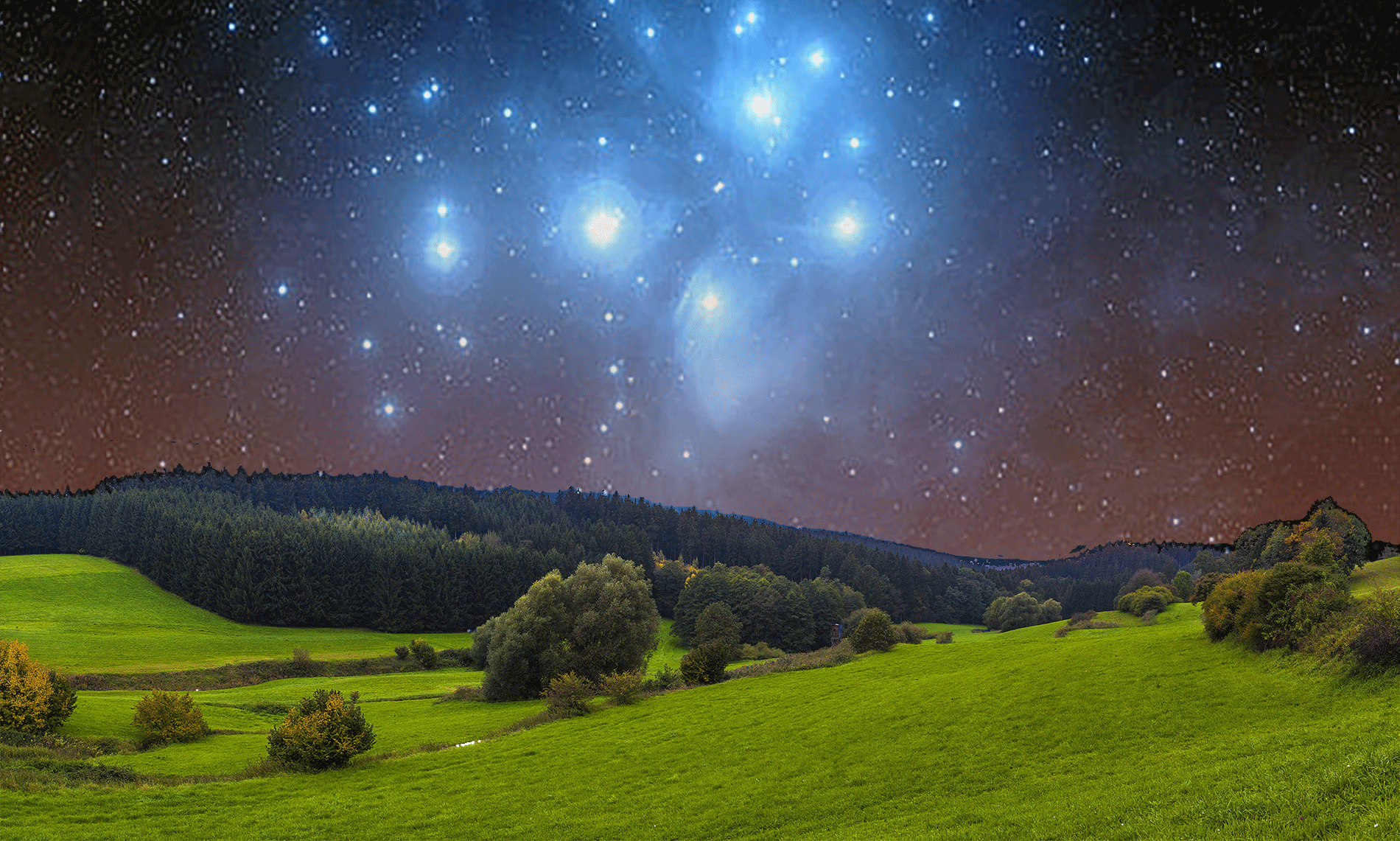 What do you mean, where is God? He is in heaven as we all know. Prayers say it: Our Father who art in heaven. Yes, but the sky is vast. For believers, God is everywhere. It is a mistake. God knows everything because he is knowledgeable. But God is alive. Like all living things, it must be somewhere. This is all a huge confusion.

Those who made us are giants in size and knowledge. They have come from distant stars so far on Earth. They made a wild planet into this magnificent garden that we pitilessly bastard. It took them several billion years. And they went home. But where ?

They were called gods. At the time, it only meant supermen. And that’s exactly what they were. A long time later, these supermen were confused with the Source. And we invented the myth of the one god and the good god. Today, when we speak of God, we are referring to the Source of all that is.

Thanks to a semantic shift, a skillful magician hides the difference. Since then, Christians imagine without a smile that the son of the Source could have been incarnated on our insignificant planet. The same colossal error affects all religious beliefs.

The truth is very different. Planetary planning pros have come to swell their colonies. They arranged everything, sowed, floored, fertilized. They created labor in their image to assist them in their task. Thanks to thank you. Usable without limit. With right of life and death.

What does not kill us makes us stronger.

This workforce is us. We understood that. But we still don’t know where our creators came from. It would be useful to know where they live, if only to watch for their return.

As you know, the question of the origin of terraformers torments me without respite. My friend Alain Aillet follows his idea, I have another one: all opinions are respectable. I suggest that you seek together where the terraformers came from and where the gods from before went.

Already, we are eliminating visitors from another galaxy than the Milky Way. Incredible distances make the trip improbable. If we consider the galaxies of size comparable to ours, the closest galaxy is Andromeda located at approximately 2.5 million light years. The light of Andromeda therefore takes 2.5 million years to reach our telescopes.

Certainly, we have evidence that terraformers could accomplish feats. However, it seems reasonable to assume that these visitors came from our galaxy. Which still leaves myriads of possibilities. There are between 100 and 400 billion stars in the Milky Way. We are therefore going to be content with the closest ones, those which are visible to the naked eye. Which of these constellations makes us look good? Where is the one that interests us? The one from which God once came?

The regulars of Eden Saga – may they be blessed and may Intention fill them – know that several hypotheses are in contention. Some authors have cited Orion, Sirius, Aldebaran and other stars. The choice of Eden Saga was fixed on two constellations: Alain Aillet is a supporter of the Pleiades, I support the Big Dipper.

My friend the researcher Alain Aillet has worked a lot on archetypal language, which he also calls the golden language or the language of origins. It is the language that the gods spoke before, the one they taught our distant ancestors. From there, Alain has read a lot, notably Landmann and Locquin. He added his own discoveries that I posted on this site. 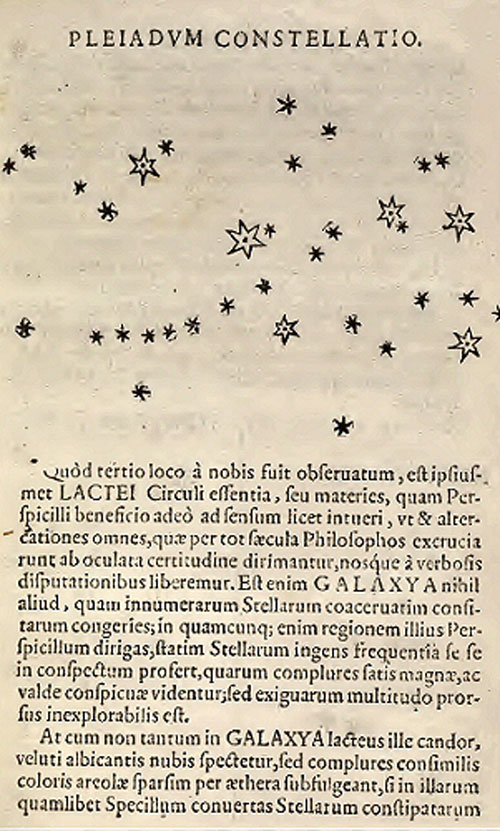 This research shows that this golden language is found a little in all languages. It also seems that Old High German is the best conservatory of this original language. It is possible that this language is spread throughout the galaxy.

It is by studying the phonemes of the first language that the friend Alain acquired the conviction that the gods of before came from the Pleiades. I let him say, he is not the first to support this track, but the arguments he puts forward have still not convinced me.

First point of contention, the age of the Pleiades. They are indeed far too young to house visitors to our planet. The Pleiades, whose age is estimated at less than 50 million years, have not yet completely extricated themselves from the cloud of gas and dust in which they formed. (source)

This raises questions, given that terraformers first came to our planet several billion years ago. How would they have done it if they came from a constellation that did not yet exist at that time?

The argument seems unstoppable. The Pleiades cannot shelter life when they are so recent. They are bathed in gas. But the ancient Greeks knew nothing about it, hence their error.

We know from the myth of Atlas that the Atlanteans – another name of the former gods – returned home in a constellation of seven stars. This is the hidden meaning of the legend of the seven daughters of Atlas, who were projected into the sky and transformed into stars.

Hesiod reports this legend, and immediately names the group of stars in question. These are the Pleiades, he tells us. The Greeks in his time did not have telescopes. They therefore did not know the exact number of the Pleiades. The most visible stars are not seven, but nine. And there are still a few others …

I showed how the Greeks distorted the legends they passed on to us. Pythagoras cheated by adorning himself with the peacock feathers. Plato did not understand everything from the education he received in the Druidic universities of Bretagnes, the small and the large. I do not know if Hesiod benefited from the very sharp oral education of the Druids, or that of the Egyptian priests. In any case, he was mistaken. And after him many authors took up his false intuition.

Landmann’s analyzes are also based on this original error. Like me, this scholar had read Hesiod, or any other author who would have quoted him. With the Pleiades in mind, he must have found their trace in the phonemes. But if the initial information is false, Ea or Ot would not designate the Pleiades, but the constellation of origin of the terraformers.

And in my opinion, this constellation is Ursa Major, the Big Dipper. It has seven stars, it is in the north – the favorite place of Hyperboreans – and above all, more important than any other argument, it is the only constellation that everyone knows and even the young children can easily recognize. 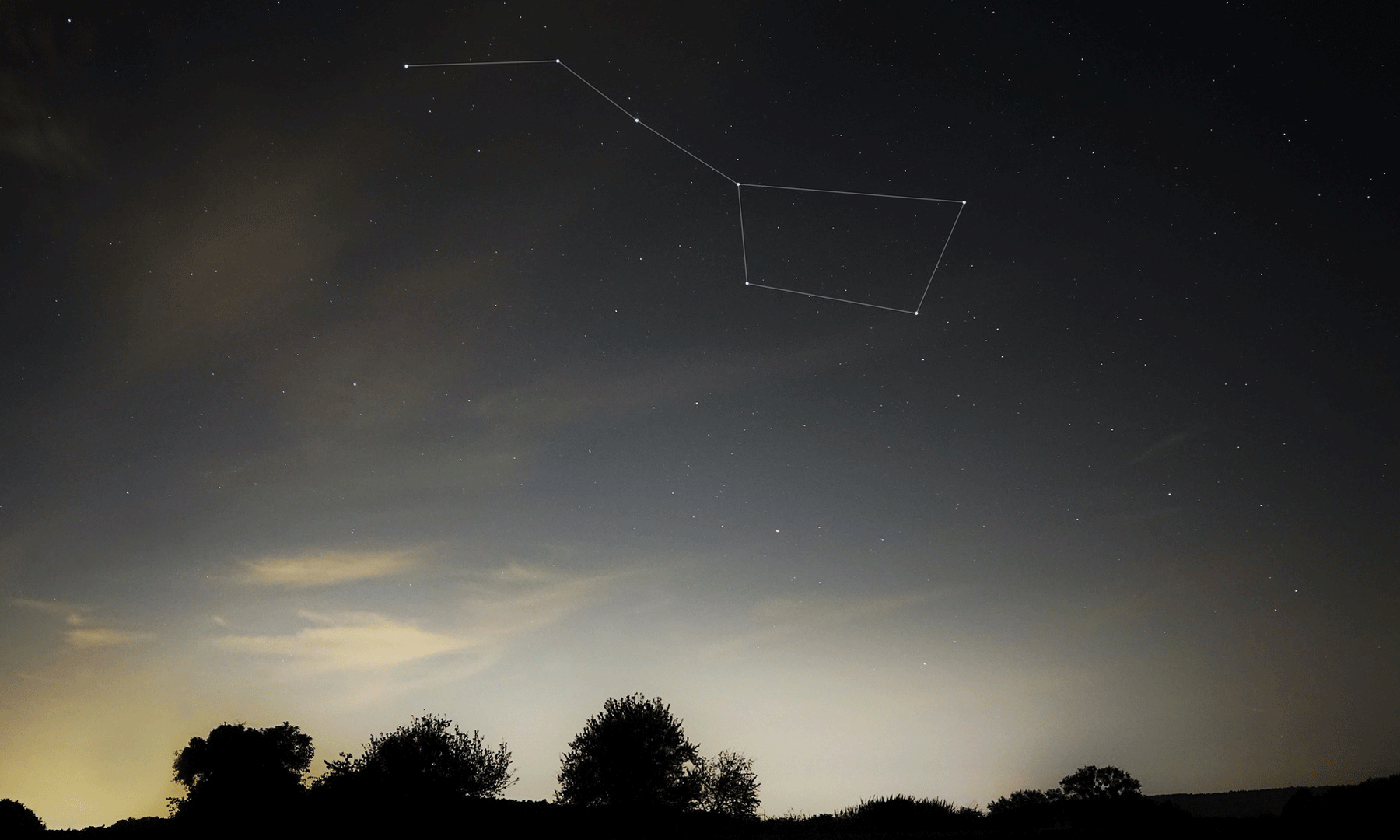 How is it, in fact, that all parents and grandparents scrupulously show this constellation to young children? Is it not the memory of the species? We all have memories of our human lineage, even if we are not aware of it. So we piously show our little ones where we came from. Or better, where our fathers came from.

In Latin, the Big Dipper is called Ursa Major. You have noticed that it looks like everything except a bear. There is no bear in there, neither in the constellation, nor in the name. It is a phonetic assembly that we can write UR SAMAJ OR which breaks down as follows: UR and OR denote the ORIGIN, the ORée of our civilization, the age of OR. The phoneme of OR is always the signature of the gods before, and the mark of their origin. We search in vain for this OR phoneme in the Pleiades.

To designate the Big Dipper, we also say the Chariot. It is true that it looks more like a bear, male or female. In her research on the initiatory tarot of Jean Dodal, my friend the researcher Noémie Fortin made fantastic discoveries. Ruien is not innocent or fortuitous in this game. Every detail has its importance, sometimes capital. So she noted that Chariot becomes Charior for Jean Dodal. An inexplicable fault, except by resorting to the golden phoneme. In this case, this cart would designate the spaceship for frequent visitors.

In English, Ursa Major became Big Dipper = the Big Ladle  because of its shape. In German Grosser Wagen, the largest cart, as opposed to the Little Dipper, Kleiner Wagen, the smallest cart.

All these chariots that some write charior evoke for me the vision of Ezekiel taken up in the famous gospel Swing low, sweet chariot. Come down to me, sweet coach coming to take me home, says the hymn from a psalm. This house, my friends, is this the origin of the gods before, or the God’s HouseEnglish The Tower, French La Maison Dieu of the tarot, that is to say the awakening?

Why look for the house, the homeland of the gods before? They may have more than one. The profession of planetary planner has led them to other planets, in other star systems. In addition, nothing tells us that the visitors had no rival. They had many. Several extraterrestrial races wanted to dominate this planet. The traces of their battles marked our planet, digging the Dead Sea and sowing many salty deserts all around the world.

But in the initiatory tarot, The Tower in French Maison-DieuGod’s House is something quite different from a star or a constellation. The God in question is in us. His House is your heart when it descends in you. It is called awakening, or enlightment. God’s coming gives you his strength and power, say the believers.

But I prefer to believe without believing. I hear the religious speech, I understand this point of view, now allow me to make a comment. It is not God the Source who descends into you, but your inner god, your soul, your double, your guardian angel or whatever the damn name they give him.

It takes more modesty. See the power of this god in you. On this point, the believer and the awakened feel the same inner miracle when this power inhabits them. The believer thinks it is the One, I have a doubt about it.

Suppose he exists as a being, not as an abstract principle. How could you bear his contact? We need a filter to perceive him. As we need darkened glasses to look at the sun. This filter, these tinted glasses, is our guardian angel, inner god, soul, spirit, etc.

Which changes everything. Without you, no inner god. Without an interior god, you are just an android good for breakage. So you know what you have to do. 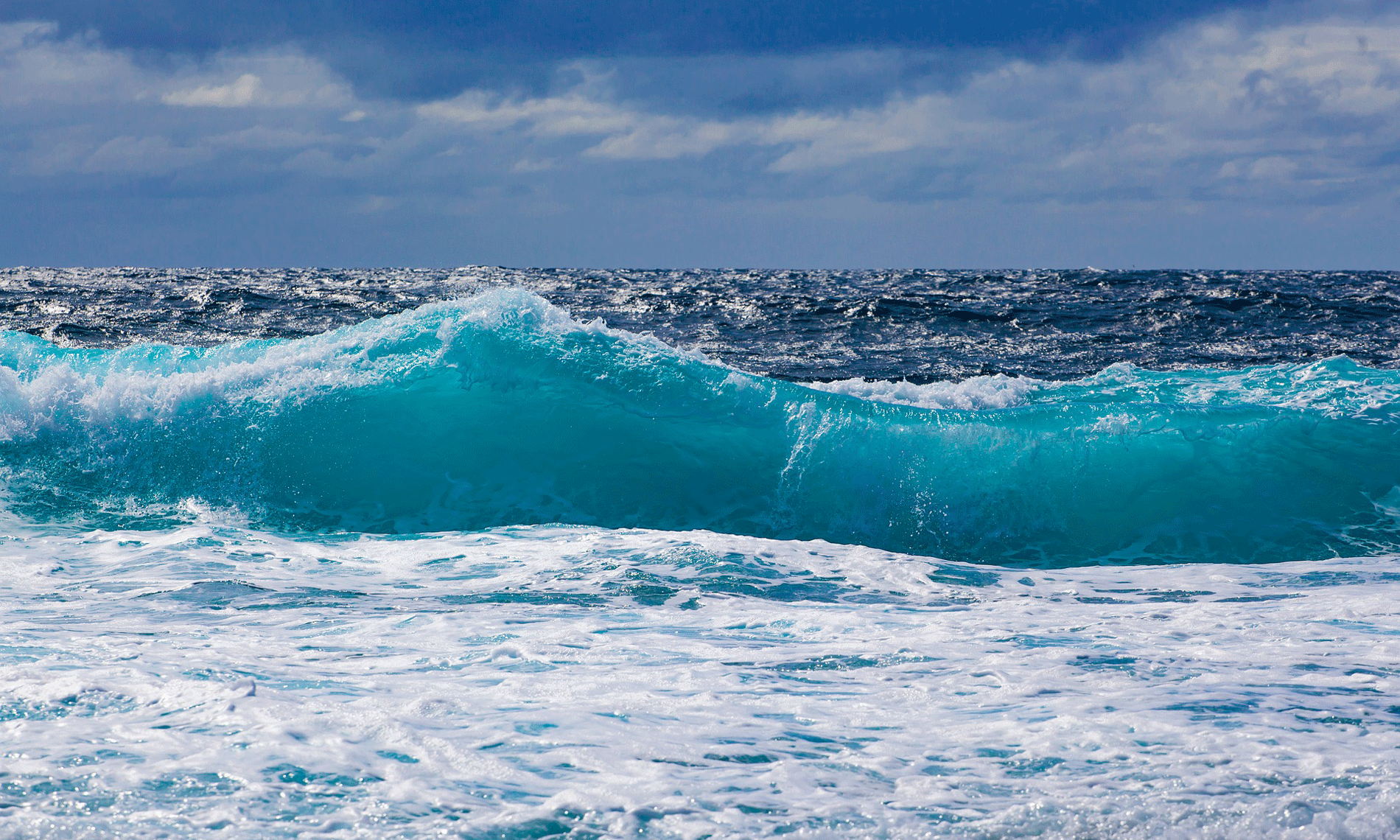