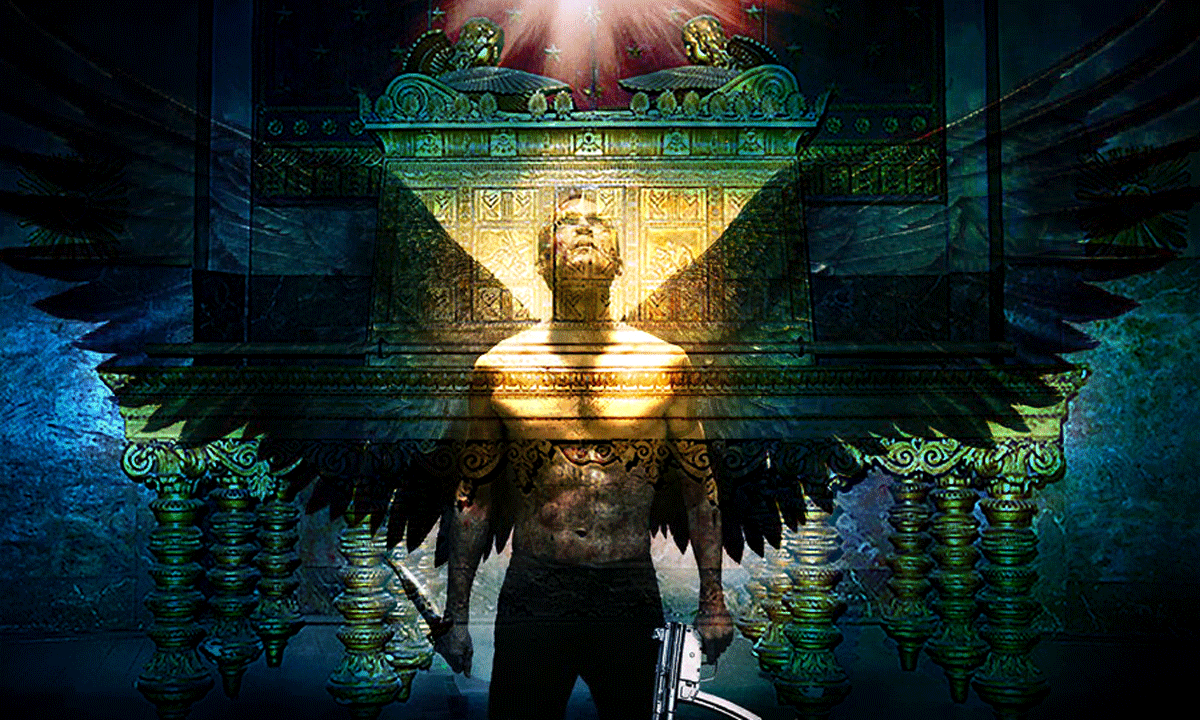 When Yahweh told Moses how he should build the ark, his description is so precise, so careful, it inevitably attracts any scientist’s attention. An engineer will recognize the description of an electric battery-capacitor. But the Ark is much more than that.

Yahweh was not the main god of Terra at the time. Baal was the god in charge. Yahweh aka YHWH was a general of angels army. A general who disobeid his superior Baal. When you read his ark’s description in the Bible, you find he was also an Atlantean engineer giving Moses technical instructions for use.

The alternation of a conductor (gold) and an insulator (acacia) forms a capacitor with sufficient power to defeat the unwary man who dares to touch it without protection. It was important to let the device charge long time, which is the case of the Ark as the “gold box” of Ra which severely wounded the unwary Geb. It is obvious, however, that this electrical appliance did not have only a punitive function. Its true role was quite different.

It is clear that one could not handle the ark without excessive precautions, which requires a knowledge of the general principles of electricity and insulation. The technical requirements, the danger, the constant care devolved to this device suggests a use of primary importance: to manifest the Glory of Shekinah, the texts say. What else? What is this fire that burns the eyes of the uninitiated? What is this ball of sacred fire balanced on the statue of pure gold?

And the gold plate carried by the Cherubim? Why is it called the Mercy Seat? Is it because the one who sit on it sometimes became a god sometimes became grilled steack? Did Moses receive the Tables of the Law on top of Sinai, or did he stole them from the Pharaoh’s treasure? The Law in question could be a physical law … These radioactive plaques – able to kill when touched – would be a remnant of the Atlantean science. Yahweh would be an Atlantean engineer coming down in his Ufo to give  Moses the instructions of this lost technology.

In this hypothesis the fly of Hebrews out of Egypt would took a different meaning. “Let my people go” asked Moses to Pharaoh. “Let them go!” said the priest-king, unaware of the holy robbery. Actually Moses had a loan to the royal treasury: he took the ark in his luggage. This particular box, gorged of vril, is so important that Pharaoh, noticing its disappearance, chases the fugitives with all his army.

What is it exactly? Kind of a gun? Something else? It makes me feel like in Star Wars. Sophisticated technology and special effects are everywhere. The very way chosen by YHVH to appear at the top of the Sinai evokes an astronaut in his UFO: 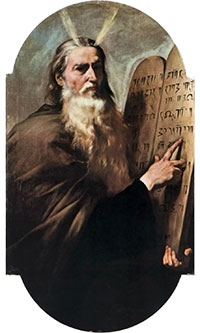 “First the Lord God appeared to Moses like a flame of fire in the middle of a thorn bush. Then He descended in fire on Mount Sinai, accompanied by thunders, lightnings and the sound of trumpets. All the people heard His powerful Voice” (source)Bible, Exodus 19 and 20 One can recognize here the noise and bright light that accompany the landing of a UFO. “Moses and Aaron, Nadab and Abihu and seventy of the ancients of Israel went up and they saw the God of Israel, and under his feet like a pavement of sapphire, and as heaven itself in purity. And he did not raise his hand on the nobles among the sons of Israel: they saw God, and they ate and drank.” (Exodus 24.9-11)

The pavement of transparent sapphire is a nice way to describe a UFO. The sons of Israel eat and drink with YHVH, so he is like them. A being of flesh and blood, a mortal. But he has powers that the sons of Israel do not. And these powers, the ark can give them to men. The exposure of an insider to Shekinah Glory replaces the exposure to lightning balls in the temples of enlightenment.

These two initiations aim at the same goal, to transform man into a god. This is the meaning of the Alliance. YHVH said to Moses, “Do like this, like that, take a good shower of Shekinah, bash the sacred fire burning on the Mercy Seat and you will have the same powers than me.”

Clever little, Moses did as his god told him. And he received full powers. Then he passed the trick to several Levites and other clan leaders who were initiated in turn. But in secret. And all carefully selected.

The automatic enlightenment is a precious gift, you got to deserve it, and Ole Moses gave the tickets. The result of the baptism of the Shekinah? Say before, there is a man, and afterwards there is a god.

This is probably thanks to such powers that “little” David could defeat Goliath, the Philistine giant, a bastard of the giant former gods.

In the rabbinic tradition, Shekinah is a glow, light, glare, illumination. It is so describe in the most ancient texts. But over time, a sequel of disinformation has erased the physical aspect of that light to only focus the spiritual interpretation.

To nowadays Kabbalists, Shekinah is the outpouring of white light – ie Gwenwed for the Celts – which is one of the phases of the awakening process.

The harm of this analysis is to ignore the physical truth of this very light. Yet all the myths evoke the bright side – I would write superluminal – of the former gods appearance.

The shining face. This enigmatic title comes in all ancient legends. Gods, heroes, biblical patriarchs had resplendent faces, so bright faces that no one can look up at them. 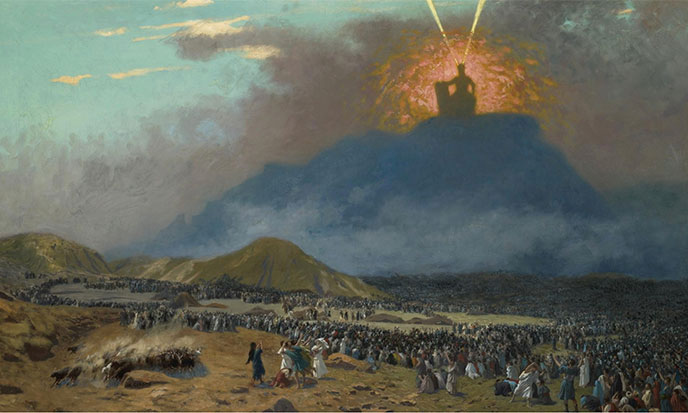 “Now it happened, when Moses came down from Mount Sinai, the two tablets of the Testimony were in Moses’ hand, and Moses knew not that the skin of his face emitted rays because he spoke with God. When Aaron and every son of Israel saw Moses, well, behold the skin of his face emitted rays and they were afraid to approach him.” (source)Bible, Exode 34 : 29-30 This supernatural light that diffuses Moses is Shekinah, the manifestation of the divine glory.

Shekinah, in Hebrew, is the cloud, a flash of white light that accompanies the LORD, as in the episode of the burning bush.

But the Shekinah, the glorious glow coming of God can manifest outside his presence. Through the Holy of Holies, exactly. It is a pact, a covenant between a man of power and a band of fugitives. According to Slosman, Moses was an Egyptian of high rank, well educated, initiated into the mysteries of Isis, as rich and powerful as Pharaoh himself.

And Yahveh came from Hyperborea, he was a general with flying giant troopers, he belonged to the great people of Atlantis.

Beware of everything, the matrix is everywhere, but not the Resistance.