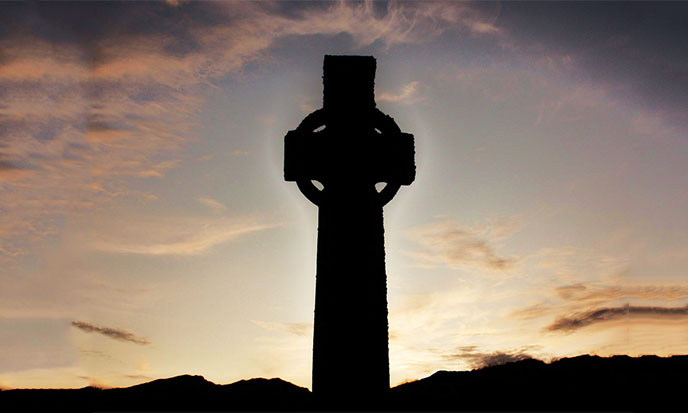 The Tuatha De Danaan were a race of powerful giants living in ancient Ireland. They stayed there until the Celts arrived, then they left without fight and went to a mysterious place called the Sidhe. Their name means “people of Goddess Dana”. Heirs of science and wisdom of Atlantis, they had great powers.

Their tall stature and superhuman strength liken the Tuatha to another species than ours. They seem to belong to another world, or at least another time. When the Celts arrived on the island of Ireland, nothing violent happen, except their surprise. Celts warriors were shocked to find these gigantic demigods of the ancient people of the Elves. The warriors sheathed their swords and received the Tuatha De Danann’s education. Many aspects of religion, wisdom and initiation of the Celts come from the Tuatha De Danaan. The Celts were listening, eager for their wisdom, amazed by their magic.

The Tuatha De Danann had conquered Ireland, centuries ago. Their predecessors, the Fir Bolg, were wild magicians, very cunning, who practiced cannibalism on vanquished enemies. The Tuatha De Danann Cùchulainn has exterminated them to the last at the battle of Mag-Tuired. Since then, the Tuatha De Danann have lived in peace in the land of Ireland.  And not only in Ireland, for the Tuatha De Danann were known to live in another place called Sidh or Sidhe. What is known about the Sidhe? Not much. This is the promised land of the Tuatha De Danann. Only they knew about access. Legends point Niahm the beautiful, blonde daughter of the King of Sidhe. This princess doesn’t care about morals or principle.

Humans are here for her entertainment and pleasure, so she practices both. She is cheating, teasing, deceiving and abusing. Never accept food or drink from the blonde Niahm of the Sidhe. The slightest sip would make you her slave forever.

In some ways, the Sidhe appears a mythical paradise. In other ways, it is as real as ireland. Guess the Sidhe belongs to another world. To another plan of reality. Legends say that the dolmens and long barrows are secret entrances of Sidhe. Should we conclude that it is an underworld? The Sidhe would it be comparable to the Hell, to Abzu, to Agartha? Possible … but not sure. Some authors have seen dolmens as Stargates. An underground entrance does not necessarily lead to an underground world. 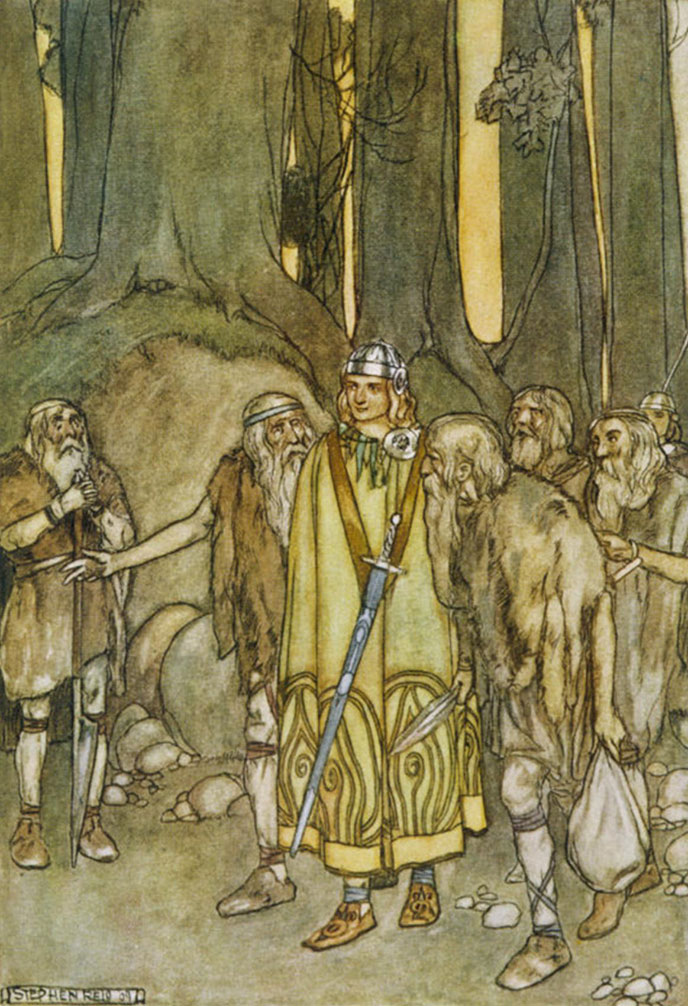 Now a new era is starting, it is hard time to look for roots. Wait a minute. And look at Gandalf. Doesn’t he look a lot like Merlin? One man, two names? Merlin/Gandalf was one of the most famous wizards of the Bronze Age, when the elves ruled the Middle Earth, which would be the Ireland of the Tuatha De Danann.

At the end of Lord of the Rings, the Elves boarded their ships for other magical land … in the sky. The Lord of the Rings tells us in detail that handover in Middle Earth – ie  Celtic land. And every detail is authentic, ifever Tolkien didn’t know. This was the time when the Tuatha-Elves have left the Earth to men. “Now is the time of men,” said one of Tolkien’s Elves, when leaving Middle Earth.

In the Lord of the Rings as in Irish legend, the Tuatha-Elves embarked for the Sidhe, their mythical land where they live in secret since then, invisible to human eyes. This close relationship is no coincidence. This close relationship is not due to chance, which does not exist. But the Sidhe, he does exist. This is simply the name the ancient Irish gave Nibiru, the mother ship of Anunna.

On several continents, the word sid or sidh applies to the nobility, to demigods. In Europe, we have seen the Sidhe of Tuatha. In Africa, the Arabic word Sidi originally meant Lord, Mylord. It is now fades and means sir. In ancient India, the Sanskrit word Siddha means “the Perfect Ones, a class of semi-divine beings which are characterized mainly by their miraculous powers and live with the gods.”  (source)Ramayana de Valmiki, traduction Madeleine Biardeau, Pléiade I.e. the Sidhe, with the Tuatha and the Hyperboreans.

In the gigantic mother ship hovering orbit over the North Pole. The Sidhe inhabited by Noble Sidi, by Siddha the Perfect Ones. Have you ever heard of Siddharta Buddha ? Obviously, this second world where Tuatha De Danann could live as well as on earth, even better, must be their “land” of origin.

Irish legend says that Tuatha De Danann came from the four northern islands of Hyperborea. Ie Nibiru, hyper-polar mother ship. All around the earth, the Perfect, mutants emissaries came from the stars, taught humans and human knocked up. They introduced agriculture and animal husbandry, architecture, astronomy, gastronomy, makeup and the art of seduction. In short, they have refined manners, turned the barbarians civilized. Before them, our species was wild. Now the gods have domesticated us. Tears of joy. Hallellujah.