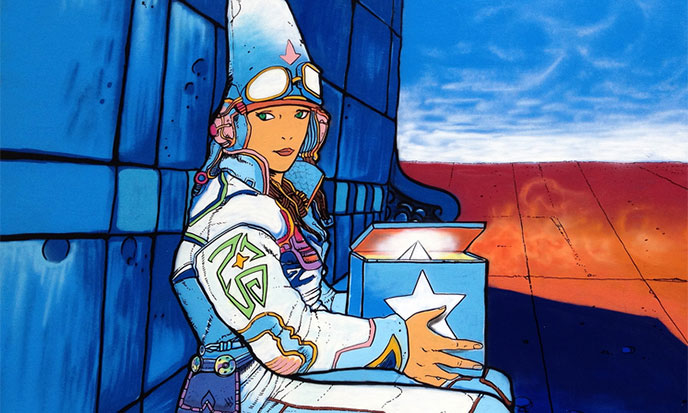 For the ancient Greeks, the first woman is not called Eve, but Pandora, a woman who searched in magic boxes. The first woman, oddly, arrived long after the men … Where is the mistake?

In the Greek myth of Pandora, a Titans quarrel disturbed the harmony between gods and men.

And for once, men are innocent. The quarrel between God Prometheus, the creator of Men, with Zeus, the Titan who was the chief of the new gods, the Olympians. The whole affair started with sharing of Mecone, where Prometheus played a joke to the proud God.Or Zeus, it is the same word in Greek: Theos The latter, cut to the quick, punished Prometheus, which is understandable. But carried away by his enthusiasm, he forgets that he is God and men suffer collateral damage. “… And God created woman to punish men.”  What a terrible punishment! The Greeks were they so misogynous to consider such scenarii? Like always, the myth has a double meaning.

The creation of woman represents a new stage of development for our species, limited until then to an in vitro reproduction controlled by the gods. Sexual reproduction allowed us to access the divine status. Our species took control of its destiny. For the ancient Greeks, as we shall see, Pandora was not a punishment: she was adorable. Zeus has made her beautiful as the dawn, fresh as the dew and golden as the corn. When the men saw her, they put out their tongue like the wolf in Tex Avery. Then Zeus said: “Nt nt nt! Pandora is not for you. She is for my buddy the Titan.” Later, we made a song. 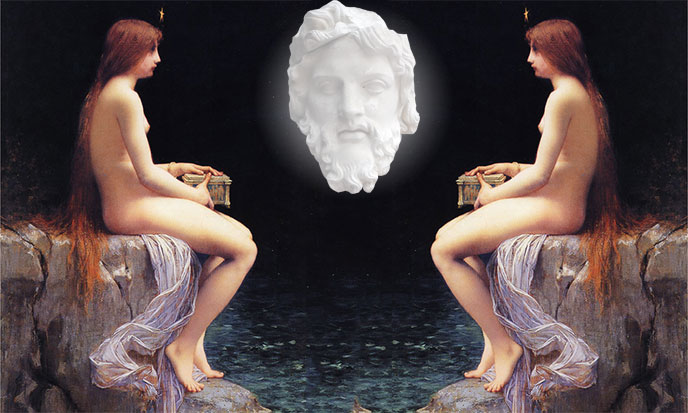 His buddy was the brother of Prometheus “Quick-Minded”. His name was Epimetheus “Slow-Minded”. He made the wolf with the beautiful lady and carried her off to his hut to show her his collection of butterflies. So far, we can see why. What is less clear, this is the story of this first woman who came long after men. Before her, what about reproduction? There was none. No babies at that time. No pregnacy. Our designers strictly controlled the genetics of our species in their hightech labs. Therefore, there was no unwanted cross. No congenital defects, no random, no mistakes …

The former Giants created us in a specific purpose: to clean this ravaged planet, and to start again a civilization that would be their heir. Initially, they did not bother to embarrass us with sexuality.

It was better for productivity. Asexual men were greening with envy before the divine love. Because on their side, the gods were sexed and did the most of it. Which, for their slaves -ie humans- must have been very frustrating. Or not …

If the beauty of Pandora has been a bombshell in the middle of the first men, this is because they had never seen a woman before. They knew the goddesses, of course, but the goddesses were giants. A giant is never sexy and believe me, she can even be very dangerous. While Pandora, hah, Pandora was just like them. But quite different … The men surrounded her, greening with envy. Already! The unfortunate man had not finished drooling… The All-Golden, All-Gifted Pandora, the Beloved of the gods, was not any gift indeed. Please note that if Prometheus had created man alone,Except for our eternal soul, which was an Athena’s gift.

Zeus, to create woman, had asked a helping hand to all his friends the Olympians, and each of them had added a talent of his own to the DNA of Pandora. When a woman is called All- Gifts, no doubt, she is not any woman. Epimetheus enjoyed the gift and started laughing at his brother’s doubts. But Zeus had imagined something that quickly spoilt the love story. Pandora kept a mysterious box she should not open under any circumstances.

No woman can resist curiosity, said Zeus, and Bluebeard agreed. Despite of her numerous gifts, Pandora  was no exception, she opened the cursed box, while innumerable ills are left to befall men. At first glance, they are still there. Porca Madonna, ma che vergogna! What lies behind this misogynist gibberish? In fact, the box was not Pandora’s. She found it at the Titans. And we can guess what this myth really tell us. Prometheus loved to tinker in genetic science for which he had a prodigious talent. Under the name of Enki, the same Titan was considered by the Sumerians as an outstanding geneticist. (Source)Alan Parks, Chronicles of the Girku

So he had a lab with experiments going on. Including dozens of human stem in an incubator. This is the box that Pandora opened. May be this was planned with Zeus, may be she decided alone, anyway she wanted to modify genetic sequences, and she did unfortunately. Thus among docile hard-working men, appeared the gruff, the stubborn, the twisted: ie humankind as we know it now. Today humankind could be the result of a genetic manip that went wrong. The myth of Pandora might tell a different story which says much the same thing.

Pandora is the first woman the man sees. Or rather, the first affordable woman, because the half-reptilian giants that the man has known so far have not left him a pleasant memory of love. Willy-nilly, the man had become accustomed to homosexuality. 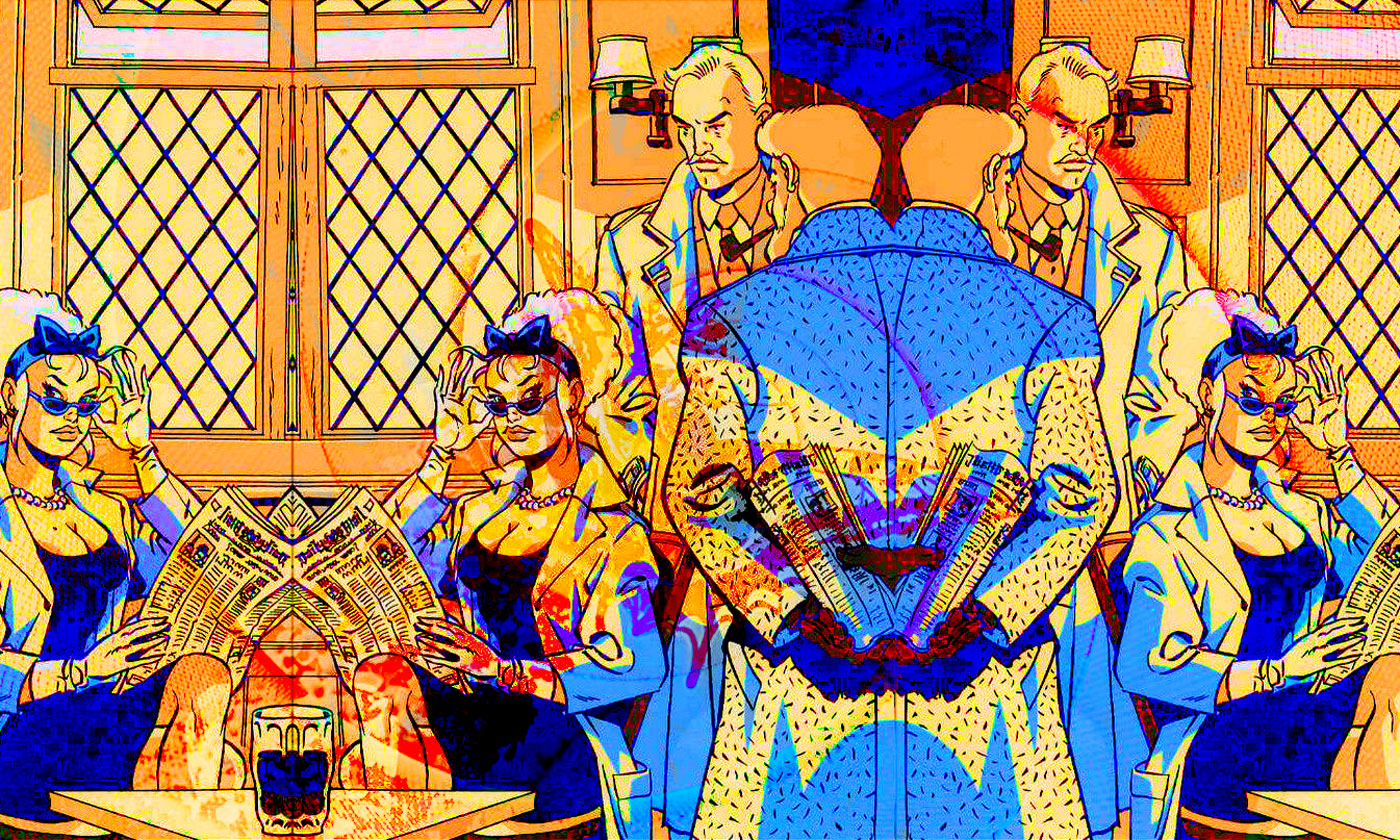 Pandora is different. She looks like him, with more stuff that he likes quite. Think about it, the gods are all together to give birth to this wonder! At his sight, the quiet man turns into a Tex Avery’s wolf. He drools, his tongue falls to the ground, his eyes are exorbitant, and not only his eyes. Hello, ytou nice little chick! Say? Surprise! She is not quite like him. Between her legs, nothing but a gap. And when she opens this box, what wonders for the lucky one elected, but what uncertainty about the result!

Pandora is the first progenitor of mankind. Farewell, rigor of the lab! Opening Pandora’s box was opening the lottery of genetics, introducing the “wild” -say natural- reproduction.

Actually we know nothing for the truth is deep in the abyss. (Democrites)