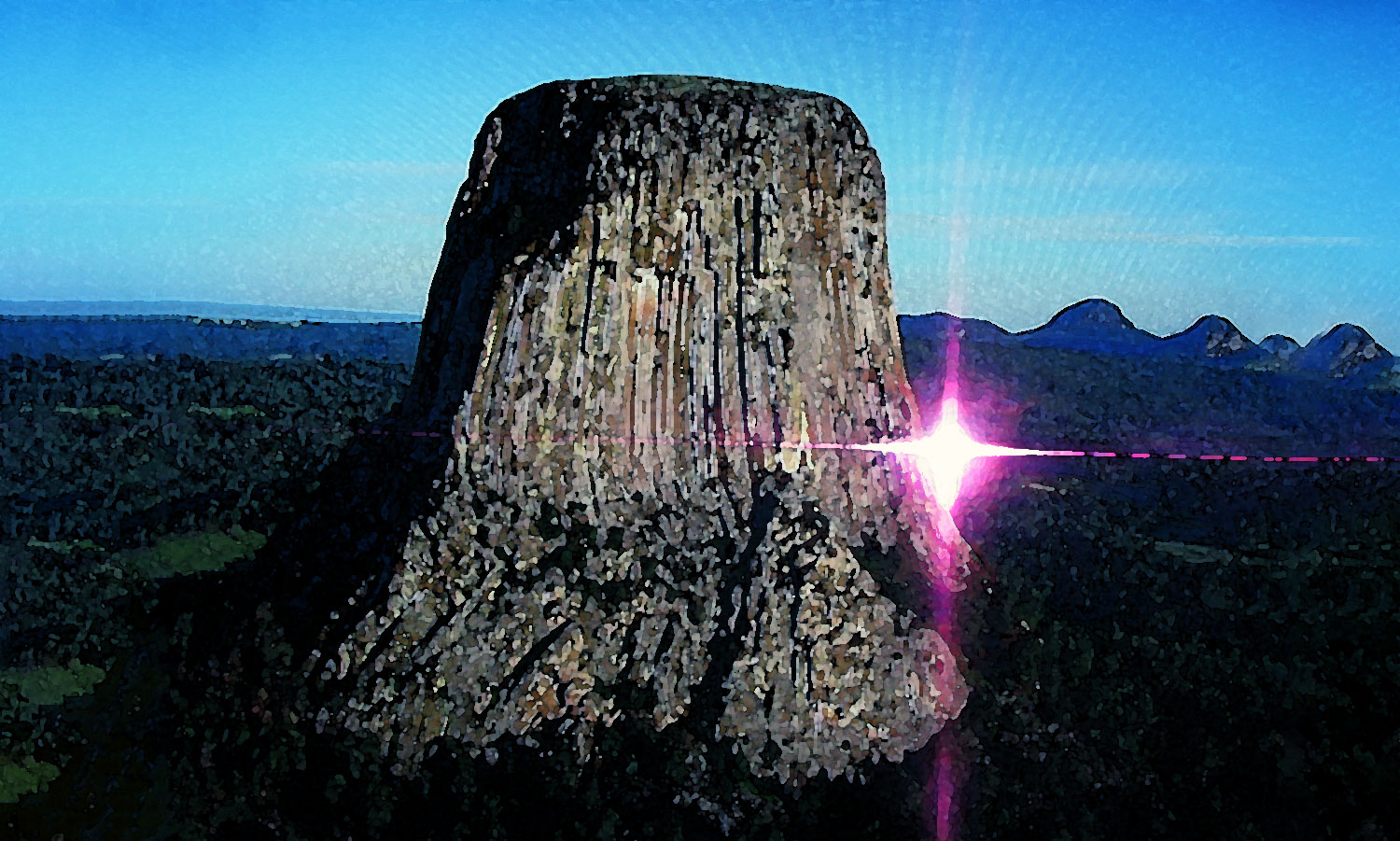 Our planet has not always experienced the heavy gravity it has today. In the past, for reasons that have not been elucidated, such as the hypothesis of the proximity of the moon, of a giant comet, or an enormous spacecraft, this gravity has been considerably diminished. Consequence: giant animals, giant plants and giant humanoids …

We have seen how periods of gigantism have repeatedly affected the fauna and flora of this planet, ours, whose true past remains largely unknown. Dinosaurs, giant mammals, tree ferns, sequoia, many clues remain which should help scientists to drastically revise their positions on the issue of gigantism.

Giant bones are and have been regularly discovered, but advertising on these major issues remains very discreet. Even worse, the respectable Smithsonian Institution would have been guilty of destroying evidence: many bones of giants, deemed too embarrassing, would have been destroyed purely and simply at the beginning of the last century.

Terrible loss for science, which nevertheless congratulates itself on it, satisfied that it does not have to disavow itself and to rewrite page by page the false history of our planet, that has been stubbornly rehearsing for ages, cursing those who do not think like it. I belong to them, so do you, dear reader.

The giant sequoia reach a size that is already respectable, but it is nothing compared to other supposed vestiges of gigantism, such as the one that follows, which has been defraying the chronicle for several years.

The Devils Tower, aka The Tree Of Life, in Wyoming, doesn’t seem to be a natural mesarelief in plateau but a gigantic tree whose wood has been petrified long ago. An immense root network would have been discovered at its base. I’ve gone through the web, Graham Hancock and other reliable researchers do share this info. But no one confirms a reliable source, so doubt remains.

If it is not a big fake, this is a real bomb that would make obsolete all textbooks of history and prehistory. A revolution that goes in the direction of an other history, you know, the history that Eden Saga has been telling you for ten years.And more ! Note 2019 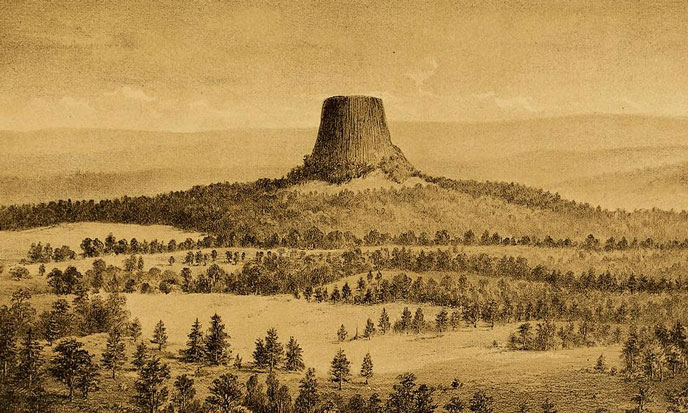 A huge and startling discovery has been made at the Devils Tower in Wyoming. Scientists from the Wyoming State Parks Department were conducting photographic seismic readings below the tower, when they discovered an incredibly large petrified root system below the tower. The parks department released a statement saying, “We have discovered, what looks like a giant root system stemming from the base of The Devils Tower. The root system has been measured at 4 miles deep by 7 miles wide. We are currently conducting studies and tests to confirm that this is actually a root system and not a coincidence.” This discovery is on the edge of rewriting history and science as we know it.

We will continue to update you with any new information, as at this time information is very limited. (source)

Four miles! Such is the depth of the roots, such could have been the height of the tree, which extended its vast antlers for seven miles around! We are very little, so small and tiny with our ridiculous size, at our times of terrible decline and with our pride as disproportionate as our littleness …

There are others around the world. In Venezuela, it is Wahari Kuawai or Tepuy Autana, of its Spanish name Cerro Autana. Graham Russell describes it as follows:

Is this a giant fossilised tree stump ? Cerro Autana in Amazonas state, Venezuela.
Cerro Autana (Wahari-Kuawai ) plays the role of the “tree of life” in the oral history and lore of the Piaroa Indians which inhabit the region.
For the Piaroa Indians, the original inhabitants of the area, Autana is a sacred mountain (Wahari-Kuawai in the Piaroan language). It is Kuaimayojo, the stump of ‘the sacred tree of the fruits of the world’. Piaroan mythology tells how ‘-the tree-top went as high as the infinite, and its branches were full of fruits which fell and gave life to the Amazon’. One day Wahari (a God) and his nephew Ruayei, which had been transformed into a lapa (Cuniculus paca), cut down the tree to get all the fruits at once. Ruayei gnawed on the base until the tree fell… (source)

Here is the testimony of an eminent truth seeker, my friend Julie Ryder – based in Montana, USA, she is a specialist in megaliths and Amerindian traditions: 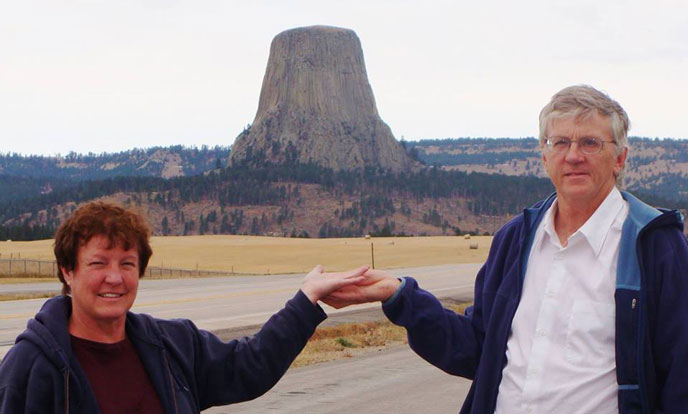 The Tree Of Life

Numbers of Amerindian legends call this mesa / volcano The Tree Of Life. Do you remember the gospel: “There is a tree in Paradise / A tree they call the Tree Of Life / All my trials Lord / Soon be over”? Actually there was two wonderful trees in paradise, one was the Tree Of Life, the other was the tree of knowing good and bad. The latter grew an apple that Eve crunched once – since that day humankind is kept out the garden of Eden.

Sundance Cermonies have been done here for eons as this is sacred land to many tribes especially the Lakota. On our last visit we left tobacco offerings and cloth here. The Lakota call this “Bear’s Tipi”. The power was so overwhelming that in 1875 Colonel Richard Irving Dodge named it Devil’s Tower…..no further comment is necessary. Bill and Julie Ryder near Bear’s Tipi after 12 days of ceremony on the Navajo and 8 more in Cherokee land. The energy here is powerful. (Julie Ryder)

Geologists do not see in it a trunk of a fossil tree. For them, this mesa is made of phonolite, a volcanic stone.

The phonolite is a volcanic magmatic rock with a fluidic microlithic structure. It is gray to greenish in color and is composed of feldspar, feldspar and a scanty glass paste. The phonolite is cut into slabs.
This rock is characterized by a clear sound when you hit a slab. It is this property that gave its name to the rock.
Moreover, it transmits very well the sounds: vaults constructed in phonolith of the room of the echo of the abbey of the Chaise-Dieu allowed confessing the lepers to 8-10 meters of distance (controversial explanation). Anyway, for the curious, it is an amazing experience: a whisper is perfectly audible (in the diametrically opposite angle).
There is also the garnet phonolite, a rare stone found in the Marquesas archipelago, in Brazil, in Ethiopia and in the Massif Central.
The phonolite slabs can be used as slate, to cover the roofs of houses, especially in the Massif Central.
The garnet phonolite is transformed into sculptures, notably on the island of Ua Pou.  (source) 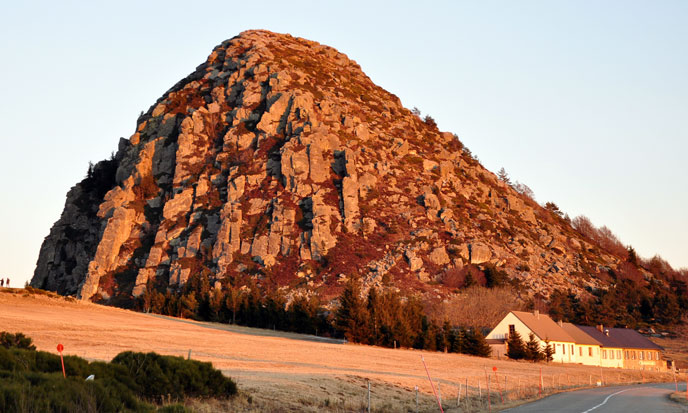 In France, phonolite is also present, it constitutes the whole of the Mount Gerbier de Joncs, in Ardeche, which welcomes at its foot the three sources of the Loire.

So ? One feels far from the huge strain, all of a sudden. Come on, geologists may be mistaken, after all. We are not going to abandon such a promising track just because the official – thus lying – science refuses it. Science always begins by refuting new theories.

“Since the Neolithic period, the phonolith was used as a lithophone: sub-Saharan cylindrical lithophones preserved in the Musée de l’Homme (Paris, France) are said to be the oldest known lithophones. These are twenty-three cylindrical monoliths of about eighty centimeters to one meter in length, the morphological analysis of which revealed the acoustic properties. On March 22, 2014, percussionists from the Orchester National de France used them for a concert at the Jardin des Plantes in Paris.”  (source)

The name of this stone means sound stone. The wood sounds too. If the lithophone consists of sound stone blades, the balafon -a traditional African instrument- consists of hardwood sound blades. 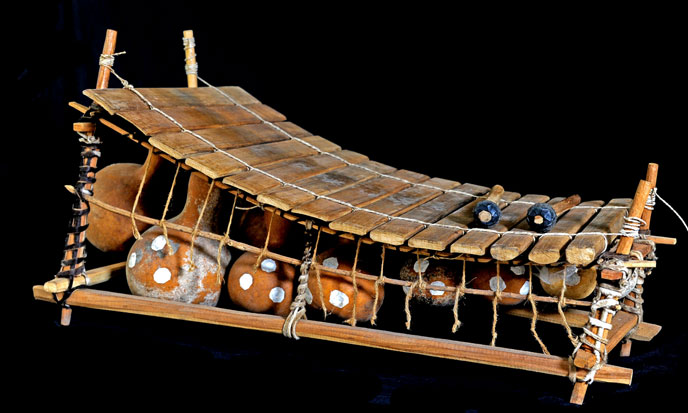 One can imagine that the fossilized wood may assume the appearance of phonolite. Even if geologists protest. I mean it is a dream, yes, but a dream of greatness. Such a benevolent dream must goes on. This planet has carried beings of disproportionate proportions. This is true. Moreover, excess was their principal defect. And also their strength. Excess their way of life. Excess their ideal. By the way, my initials are xs too.

It was before the arrival of Apollo, during the interminable reign of Dionysus. This savage and gentle god, sometimes as violent as a storm, sometimes as patient as a stone, is also known by the name of Rama or Lama in Asia. The Romans worshiped him under that of Mars. For the Egyptians he was Horus Ra. For the Atlanteans, Ramos of Hyperborea. Persia has named him Mithras, For Gaul he was Esus, and the Bretons still revere him under the name of Saint Yves.

Dionysus-Rama and his like weren’t gods actually. These humans looked a bit like us. They belonged to the previous humanity. They were much bigger, stronger and smarter than we are. They descended from the gigantic Cyclops, the masters of lightning, the terraformers of our wild planet … 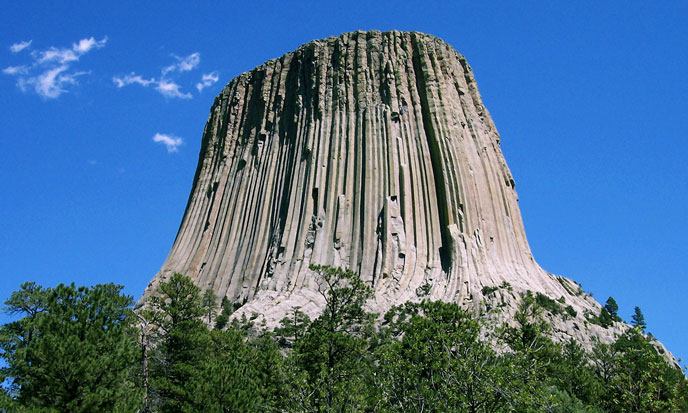