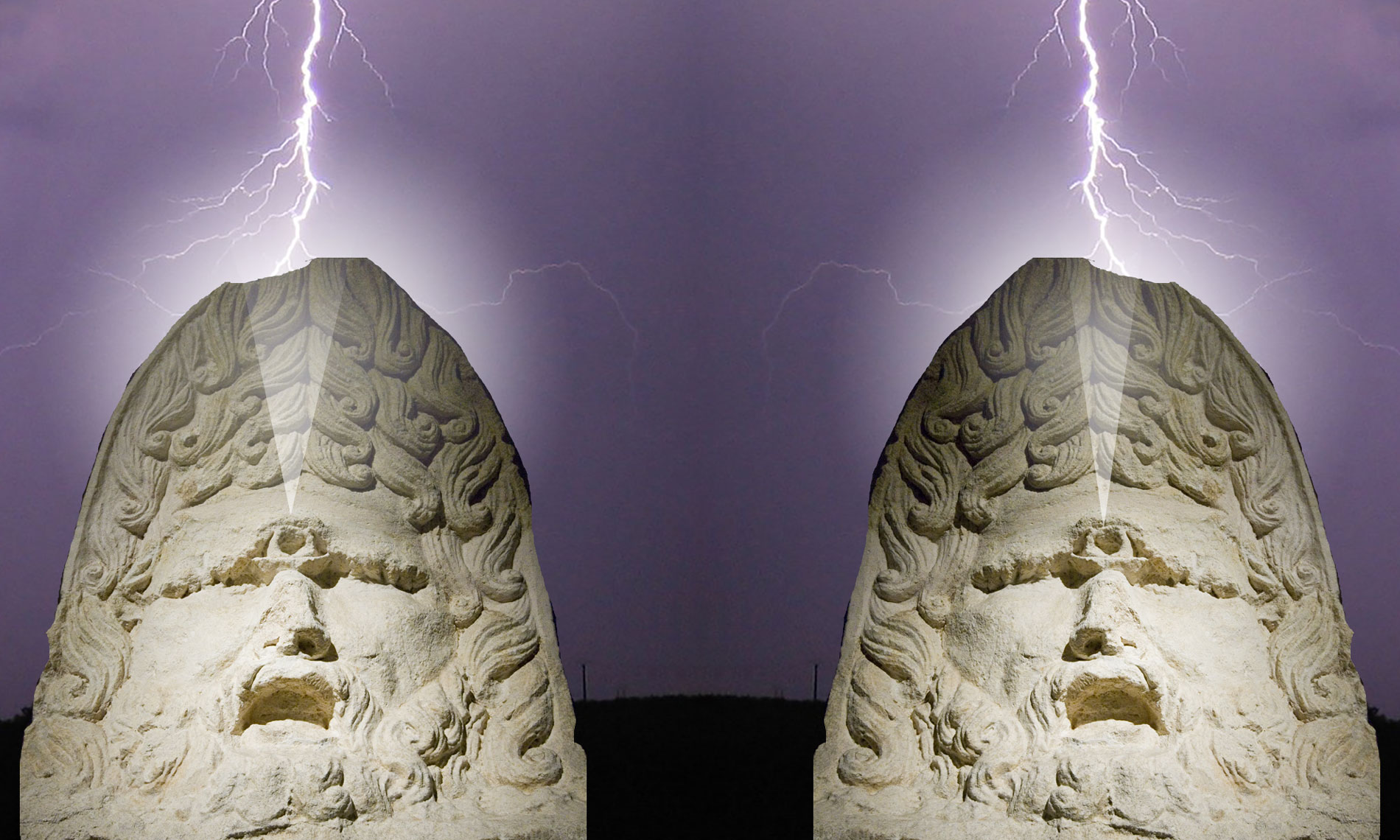 Sons of Heaven and Earth, the first three Cyclops, divine giants with only one eye, were called Flash, Thunder and Lightning. Their foreheads touched the sky, their eyes radiated and their fingers threw lightning.

Their names are synonymous with strength and power. When they walk, huge rocks rolling under their feet flow down the mountains in the crash of thunder.

They are the Masters of Lightning, a power they will transmit to the future god of the gods, Zeus the Olympian.Read The Reign of Zeus Fierce, with a strength greater than other gods’, these gigantic creatures radiate a blinding light. From their unique eye, they release rays and nature flares.

They know how to work all metals, welding them with the laser of their eye. Their talent of blacksmith is unequalled. In the forge of volcanoes, they smelted exceptional weapons, spears, bows, daggers and huge swords that no one else could handle, sharper than the best katanas.

Their talent of engineering is no less surprising. The masters of lightning have a formidable arsenal of guns, handguns and projectiles, death rays, all these weapons we will later find in the hands of the Olympians and Ramas. 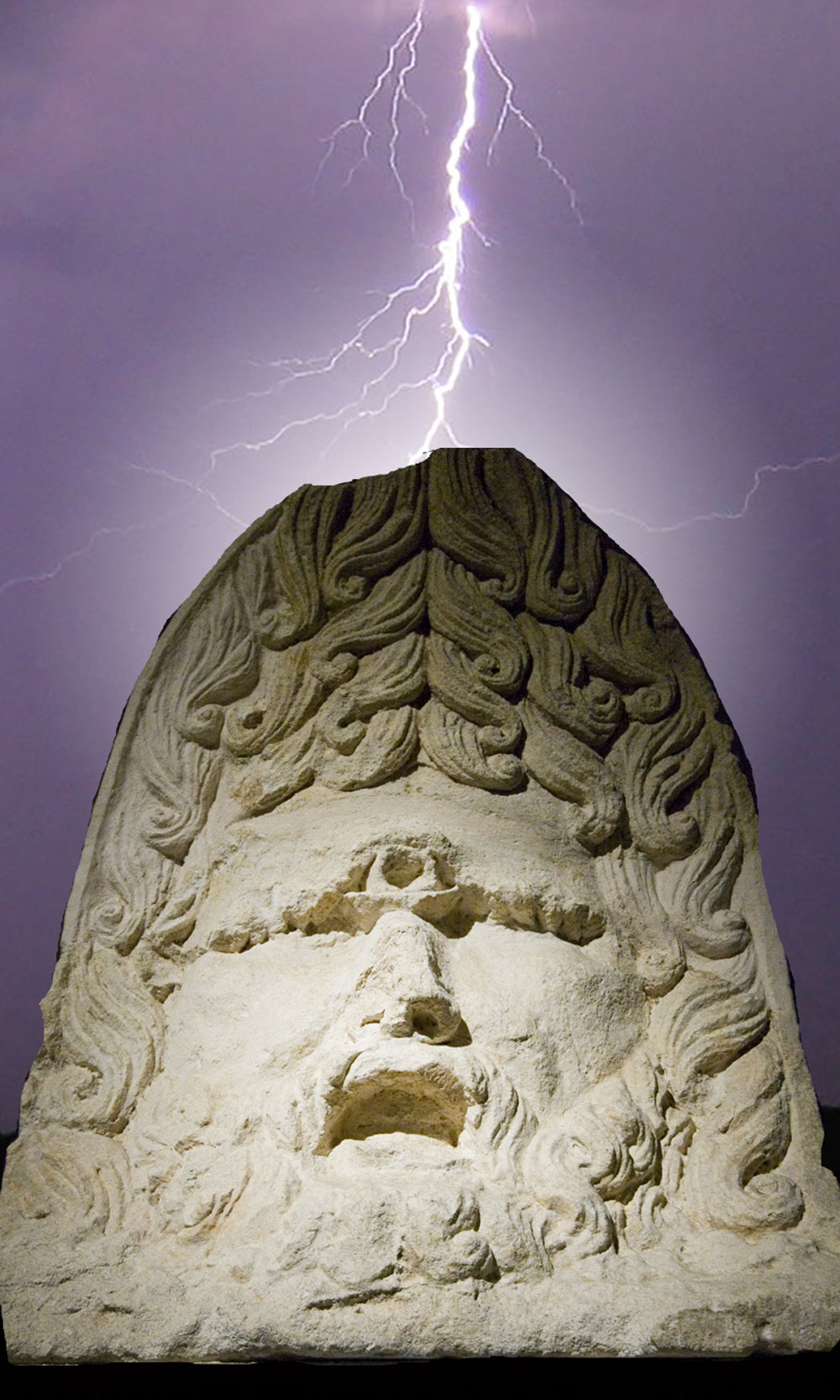 Behind the images of myth we sense a reality that does not seem imaginary at all. If we read carefully, these mythical beings seem to be the reflections of real people with extended magical powers. Magic is nothing but the manifestation of a scientific knowledge that the ‘main stream’ crowd cannot reach. To a Papuan, television may seem magical, like the astronauts on the moon. To the contrary, the same Papuan will demonstrate a shamanic mastery of his environment, equally scientific, but seemingly magical to us. Are the “magical” powers of the Cyclopes a technological mastery?read God’s Technology  Does their science come from Heaven/Uranus, their father? Or does it come from their mother Gaïa/Earth? From birth, they have a prodigious strength. Terrified, their father Uranus locked them up in Tartarus. Later, their brother Cronus/Time set them free, also releasing the Hecatonchires and the Giants. But Cronus was impressed by their so great power and locked them again. When Zeus set them free, they made him terrifying weapons, such as the thunderbolt. The thunderbolt is a weapon, probably a lethal ray-throwing gun. This lightning thrower becomes the favorite weapon of Zeus.

Under various names, the thunderbolt is found in all pre-ancient cultures:read Zeus’Thunderbolt the Egyptians’ ankh,or tau the Aztecs’ xiuhcoatl, the Ramas’ vajra. Zeus also uses other technological weapons, such as the aegis, that he sometimes gives his daughter Athena.

The aegis is often presented as a shield, though Athena also uses it to attack her enemies. Should we see in the aegis a sort of protective and destructive wave, of the push-pull ray type? Or a plasma gun? Another weapon, the tyrsus, carried by Dionysus, seems to be far more dangerous than the stick surrounded by laurels described by the Hellenists. Fights were tough, disasters too. If Zeus was able to defeat Cronus and the Titans, thus becoming master of the Universe,Zeus – was he really the master of the Universe, the one who ruled the type 5 civilization? it is thanks to the lightning weapons.

The Cyclopes also created Poseidon’s trident, Artemis’ bow and Hades’ kuneus. The latter, master of the underground Kingdom that some authors identify with the Agartha,read Agartha makes a great use of his kuneus, this helmet of invisibility.

Here again, where the Ancients saw magic, everyone is free to see technology. Poseidon’s trident must have had more modern qualities, since Poseidon was a god of thunder too… Nowadays, the kuneus suggests headphones wich emit a certain wavelength on which brain waves could self tune.

This wave would cancel the light reflection of the particles from the physical body, making it “transparent”, therefore invisible.

Thus, the control of Lightning has been the prerogative of the first beings born of the meeting of heaven and earth. This may indicate that they are civilized beings coming from the stars.

But it may also indicate that they were the first inhabitants of the Earth, the first race of conscious beings. You can see here the representatives of a very ancient scientifico-magical civilization.

They were very tall, like their brothers the Hecatonshires and the Giants. This could place them in a very remote past, when very large animals populated the Earth alongside gigantic men. Actually very large human footprintsSixty-four centimeters long. See photo below have been found, fossilized in a rock layer dating from the Mesozoic, the heyday of dinosaurs.read How Old Are We

Our very distant ancestors were the masters of lightning.