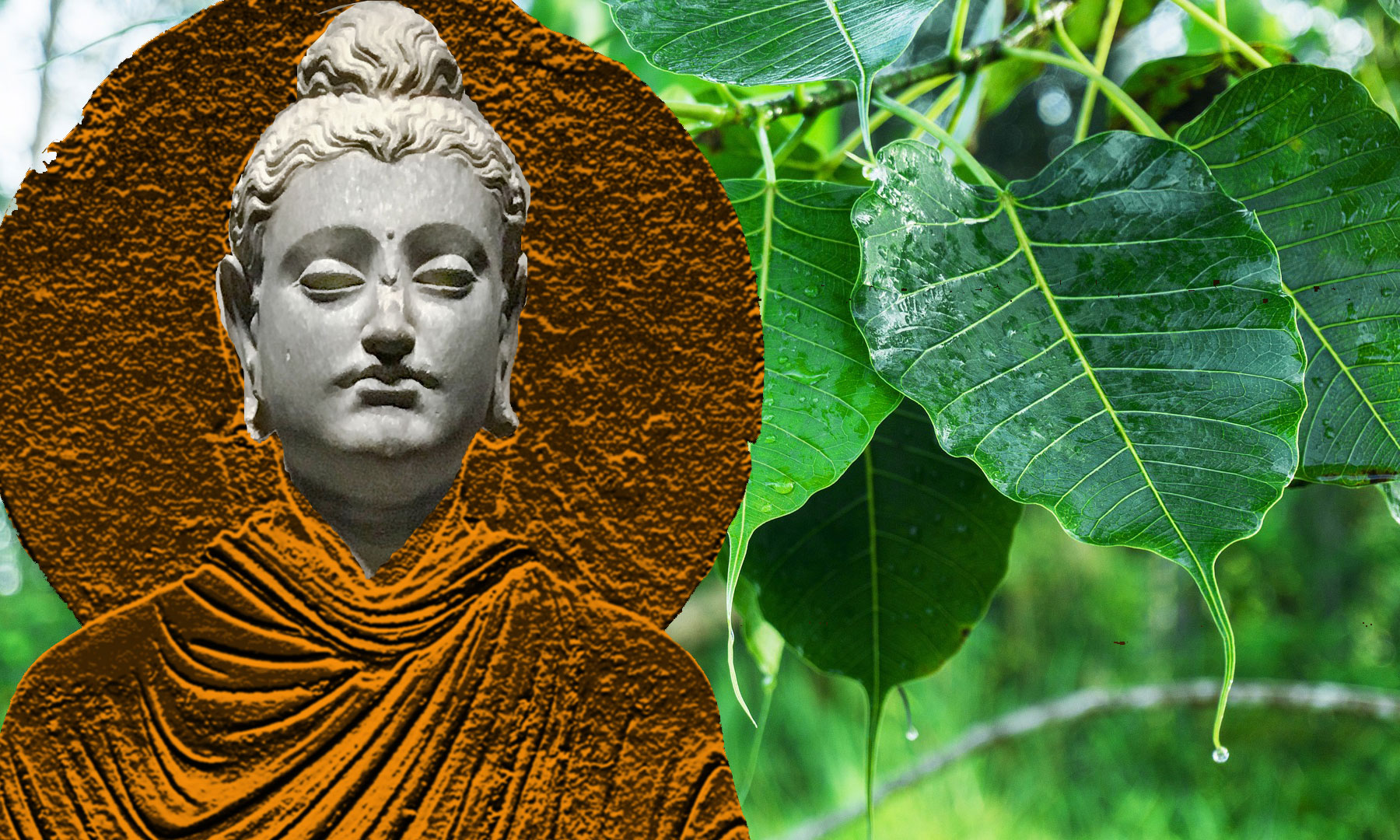 This page is born of a personal shock. One of those synchronicities which are pleasant when they suit us, but terrifying by what they imply. This one is just amazing to me. It allows once more to feel the vice of the matrix, and to touch the walls of the jar.

The Buddhist tradition states that Sakya Muni, the historical Buddha, was awakened under a fig tree. Of course, religious legends must be treated with more distrust than others, which are not affected by dogma, and which therefore have less reason to be fake. Before coming to the shock I received, I would like to take a closer look at this tree, what it represents and what it implies.

Peepul tree in English, pipal or pippala in Hindi, this ficus religiosa (Latin) is also called Bodhi tree, the tree of enlightenment. In French it is designated as the fig tree of pagodas, because of its sanctity in the Far East. In Vedic texts he is called ashvattha.

It is a sacred tree for Buddhists. The most famous Bodhi Tree is located in Bodh Gaya, about 100 km from Patna, in the Indian state of Bihar, because it is under its foliage that Buddha, the founder of Buddhism, reached Bodhi, Awakening or Supreme Knowledge (literaly: enlightenment). (source)

“Buddha, the founder of Buddhism”: As often in the pages of the online encyclopedia, this statement is doubly false. First, unlike a bad habit that is too widespread, we must not say Buddha, but the Buddha, with or without capital, but always preceded by an article.

Indeed, the Buddha is not unique. And this is not his name, but his title. Imagine a Christian saying Saint without specifying which one. Impossible to understand. Now if he says the saint, it is clearer. The historical Buddha is called Sakya Muni Gautama.

Let’s go back to our sacred fig tree. “This tree is one of four holy places of Buddhism, so it is a popular destination for pilgrims, it adjoins the Mahabodhi temple in Bodh-Gaya, while it meditated under this tree (mentioned as Assattha in Tipitaka), Siddhartha Gautama has reached Nirvana, and therefore the Bo tree or wisdom tree is considered sacred and symbolic by Buddhists.

His leaf is a classic decorative motif.

For Hinduism, this tree also has a religious dimension. Its leaves and branches were formerly used in Vedic sacrifices. According to Indian mythology, the god Vishnu would be born under one of these trees, and the sage Nārada saw the Lord appear “in his heart” as he meditated under such a tree. Finally, the sound of the wind in its leaves is compared to that of the vînâ. It is also possible for a ceremony to take place under this tree during a wedding.” (source)

We see how the legend was written. Like the holy story of Jesus, the holy story of Buddha was fabricated from scratch long after his supposed passage among us. I only want proof of this: the tree of Bodhi was already sacred long before him. Why? History does not say.

All that is known is that Hinduists honor and revere this fig tree, for “his leaves and branches were formerly used in Vedic sacrifices.” The Vedic rites and the Vedas appeared long before that historical Buddha. This fig tree was sacred long before the fig tree of Bodhi. And the Buddha’s teaching were known long before Sakya Muni.

Anyway, what touches me is the tree’s Hindi name. Pippala. When I read that, I was shocked. Unbelievable ! Immediately I made a jump in my distant past. I was two years old, maybe three. In any case, a very small child. I see me playing sitting on the floor in the dining room, which served as a living room for the family of five, and soon six.

Sitting in front of me, not losing a crumb of my actions, throne my favorite blanket, a plush rat baptized Bismuth. Funny name, it’s true, but I called it so, impossible to remember why. The sound of the key in the lock does not pull me out of my very absorbing game. Dad comes, he catches me under my arms and gets me up to the ceiling. I laugh, amazed. “How are you, my Pippala?” he asks me.

Pippala! This is the affectionate little nickname he gave me at that age. Pippala. I had completely forgotten this detail. Amazing coincidence. How could Papa – good Catholic, little curious about other religions – have known the Hindi name of Buddha’s fig tree? No chance. He hardly read, he spent all his spare time devoting himself to the needy and the sick, where and when could he have learned it? Besides, if he had known, why would he have given me the name of an exotic tree, and sacred moreover? Bullshit.

I do not take myself for a prophet, let alone for a Buddha. I have a holy horror of gurus and of all those who live on the naivety and fragility of their fellows. In this nickname that Dad gave me, I do not see the sign of my advent. Even though this dear old Bom Shankar called me Xsavior, I am not Maitreya, nor the return of any Christ, be it Jesus, Enoch, Mithras, Merlin or Nanabhozo the Great Rabbit. Sorry for anyone looking for a guide. See the Michelin instead. 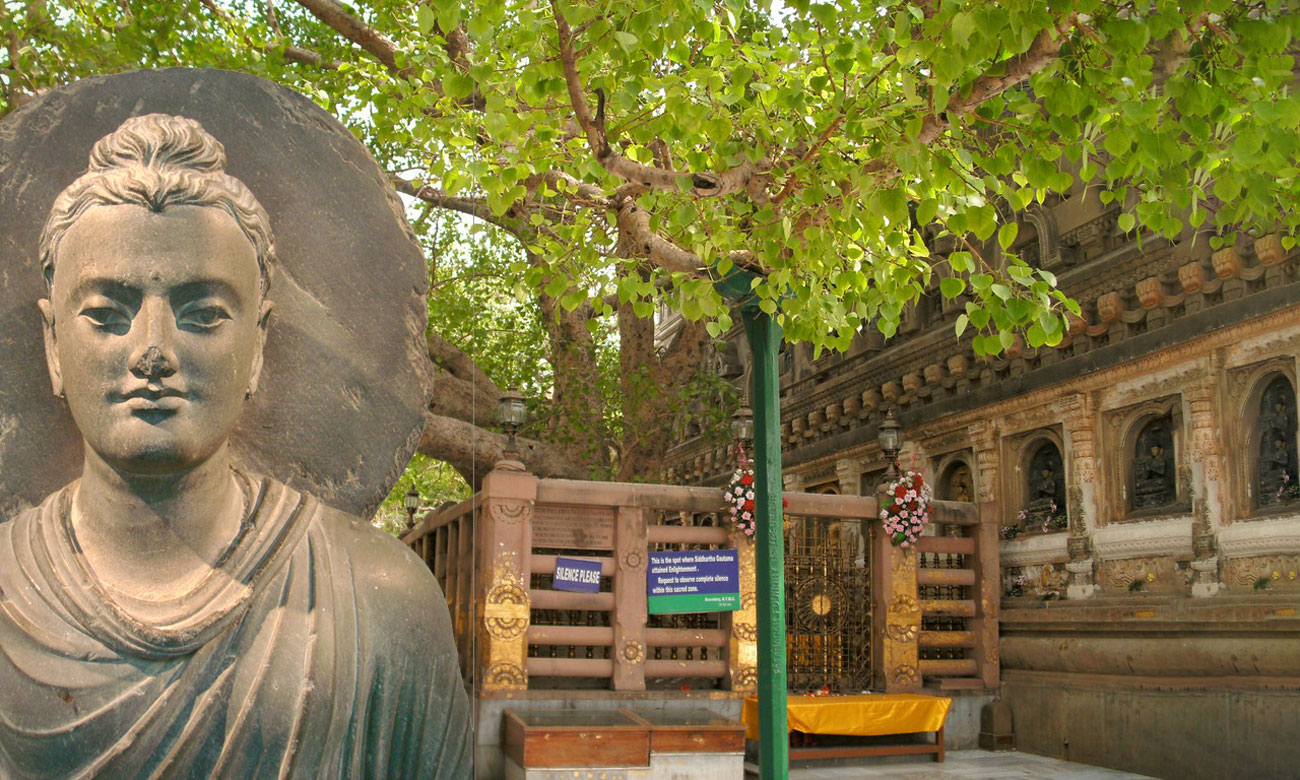 The truth is elsewhere. And that’s where the dizziness seizes me. Everything happens as if the thing had been planned for a long time. It’s as if my father had invented this funny term so that I would have the shock of my life more than sixty years later, even though he would have left this world for ten years. Good gods! The matrix is global, it is also individual. The synchronicities of dear Jung are the sign, the mark and the index.

This world is infinitely more complex than anything we have imagined for centuries. The awakening of consciousness slightly precedes the consciousness of awakening. The phenomenon is global. Soon the awake ones will be as numerous as the sleeping ones. They wake up while many children incarnate already awake. Soon the human will stop running towards material progress to devote himself to the progress of his consciousness. Soon…