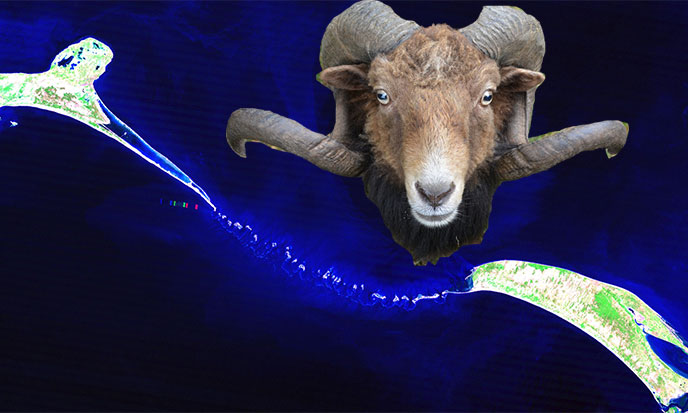 An isthmus once connected the southern tip of India to the island of Sri Lanka. The popular belief is called Adam’s Bridge or Bridge of Rama.

According to the Ramayana, the bridge was built to allow Rama to reach Sri Lanka where his wife Sita was a prisoner of the king demon Ravana.

This legend has a geological reality: Rama Bridge or Rama Setubandha is a chain of shoals extending from the island of Sri Lanka to the Coromandel coast, southern tip of India. There is geological evidence that, in the past, Adam’s Bridge has been a continuous isthmus 33 km long and submerged to maximum 90 m. deep. Its particular curvature indicate that it was built by man, although very few specialists dare say for sure. Geological evidence suggests that this bridge is a former land connection between India and Sri Lanka.

The 18 mile long bridge separates the Gulf of Mannar (southwest) from the Palk Strait (northeast). Some of the sandbanks are dry and the sea in the area is very shallow, being only 3 ft to 30 ft (1 m to 10 m) deep in places, which hinders navigation.

It was reportedly passable on foot up to the 15th century until storms deepened the channel: temple records seem to say that Rama’s Bridge was completely above sea level until it broke in a cyclone in AD 1480. The Ramayana and archeological studies agree assess the human presence on Sri Lanka at about 1.7 million years.

Could the age of the bridge be similar? In 2002, NASA produced a photographySee on top satellite taken between India and Sri Lanka. This lets see under the water between the southern tip of India and Sri Lanka structure overlapping passes of the mountain range underwater.

The aerial photo below is even more telling: the transparency of Gulf waters clearly reveals all of the isthmus that connects the two lands. 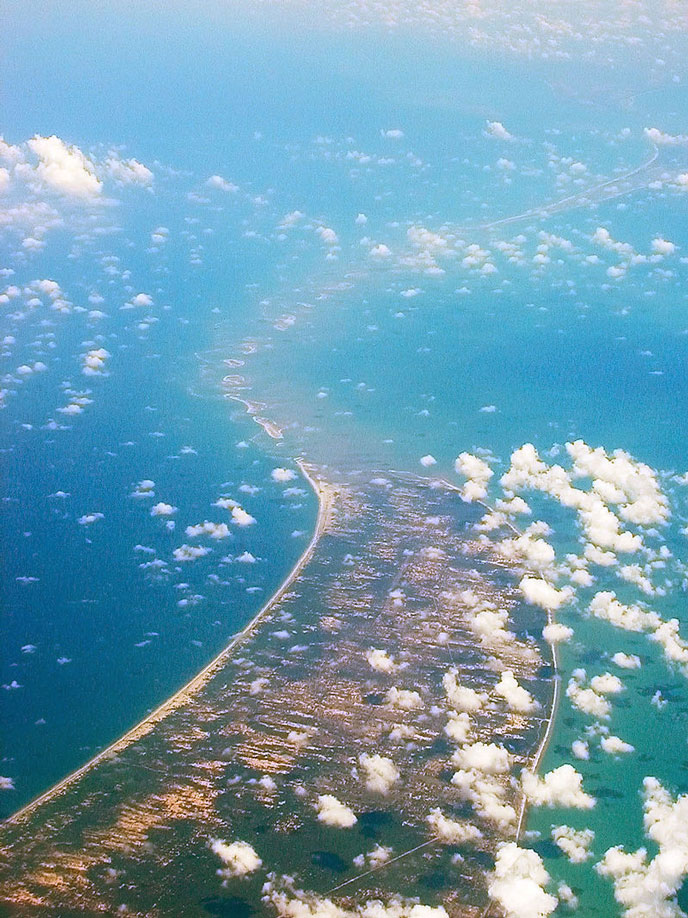 It may well be an ancient sunken bridge …

“Satellite images showing the materiality of the isthmus had a high profile in India, where clear evidence is seen that the Ramayana was right. Although a NASA spokesman felt compelled to put a flat there, “These images are ours, but our interpretation is different remote sensing images or photographs. orbit can not provide direct information about the origin or age of a chain of islands. They certainly do not indicate whether humans were involved in producing this structure.”

Here is the legendary NASA motto, “Who knows keeps silent”

Also in India, in the north-east, this time. In February 2002, off Surat in the Gulf of Cambay, marine scientists have recorded sonar images of square and rectangular shapes, 50 m deep.

India’s minister of science and technology has made dredging site. The findings, utensils, tools, ornaments, show a sophistication that has surprised archaeologists around the world.

U.S. writer Michael Cremo is the author of Forbidden Archeology. He participated in the evaluation of raw data as researcher in archaeological history for Bhakti Vedanta Institute, India. 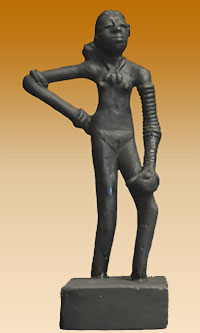 “The radiocarbon dating of a piece of wood belonging to the site marks an age of 9500 years, which would date this sunken city of the end of the last ice age, or maybe before, but I’m afraid that American archaeologists are trying to reduce that time. They see a very dim view of the arrival on the scene of an archaeological so ancient civilized urban site.

If that is the case, we would have here the first known civilization, prior to Sumer thousands of years.

That should upset the global picture of urban development. If we can identify the culture of the people, and if it is of a Vedic culture as I think, it will rewrite the history of India, so far due to Western archaeologists.” (source)Michael Cremo, the Bhakti Vedanta Institute website Bombay

Currently, they pay little more than 3,500 years to the Vedic culture archaic Devenagara. This dating would be the Vedas and their thousands of songs the oldest known text, prior to the wedge-shaped writing.

This site echoes of their research and mine. Too many puzzles remain, which are about to be solved. Why did early civilizations appeared already developed with no evidence of evolution? Where did the Olmecs come from? Who helped the ancient Egyptians started?

Who were Quetzalcoatl and Viracocha? Did the Atlanteans exist? Were there developped civilizations before ours? Otherwise, how could be explained the wonders of Çatalhöyük, Gobekli Tepe and Derinkuyu, Turkey? 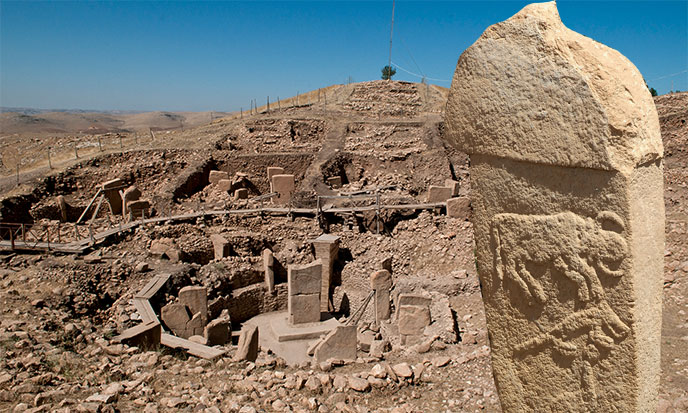 And Harappa, and the Indus valley? And Mahabalipuram? And the Rama bridge?

Not to mention Yonaguni and all sunken cities? And Teotihuacan? And Mesoamerican pyramids, and Asian temples, swallowed by the jungle? And Tiwanaku, and other cities of the Andes? Numerous technical prowess and incomparable achievements are accrediting the golden age myth of an ancient god-like civilization.

A civilization so advanced and techno-developped that primitive human, our ancestor, thought divine. Hence religions.

Despite his pride, Western bourgeois of the 18th century did not invent technological progress. Despite our naivety, we are not the first. Neither alone, be sure. Why does civilization, just like men, have such a short memory?