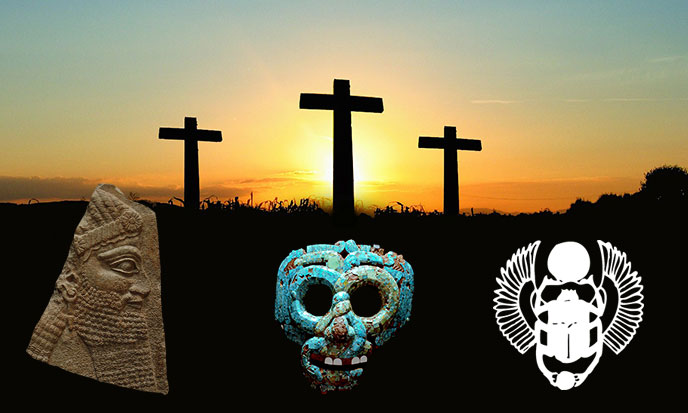 At the origin of our history, there are advanced civilizations, wealthy, enjoying a level of knowledge and comfort that will disappear later. The question that arises is this: how have these civilizations reached this stage without any trace of their previous evolution? Did they appear out of thin air?

As surprising as it may seem, this essential question for understanding the early history leaves all the specialists indifferent.

Even worse, they fake the dating, they make closer to us this vertiginous past, and minimize the feats of these very ancient peoples that are the Sumerians, the Olmecs, the pre-Egyptians and the Megalithics… One seeks in vain in recent publications… For fifty years, a cope of lead has fallen on research. The single thought has exerted on human sciences an absolute domination. Truth seekers have had to find other sources. That’s the time when I threw myself into the study of myths, because they contain information which we lack, provided that we decrypt them.

Behind the memory barrier, the mythologies of the world tell us a fabulous story, ours. That of these men taller, more powerful and more high-tech than us. They were said our creators who have shaped us in clay with their DNA.Their creatures, amazed by the feats of their fathers, called them Gods, to show the huge difference, despite the overall likeness. Then came the Flood, this memory barrier which turn all cultural trends back to zero. After several millenia of return to barbarism, or rather to wild life, almost everywhere on Earth appeared civilized people, the descendants of the former gods.

To survive cataclysms as the great flood or falling stars, they got shelter either in some “arks” and some “vars“, or on the mountaintops of the planet, as the Cities of the Andes, and the highlands of Iran, from where the Serpent People came.

While the ancient Mesopotamia was worshiping the Serpent People, on the other side of the Atlantic, the Aztecs worshiped the Feathered Serpents named Quetzalcoatl or Kukulcan.

Quetzalcoatl or only Quetzal is a collective name meaning bird or bird-snake, but we usually translate by feathered serpent.

These gods are shown as bearded white men, what indicates that they did not come from America, where the natives are copper skinned and beardless. According to local traditions, the Feathered Serpents came from the Atlantic Ocean a very long time ago. When the island of Atlantis was engulfed, probably.

Tradition says they came in times of trouble to bring civilization and peace. We know that the Mayas and the Aztecs come from a common origin, the Olmecs. Olmec means the People of Rubber.

This is not their real name, still ignored. So how come this odd nickname ? We called them Olmecs, the Rubber People, because they lived where the present Indians cultivate rubber.

But we don’t know if rubber was cultivated there in these old days. In fact we know very little about the Olmecs.

Their language is indecipherable. Their sculpting art is wonderfully made, and represents all the races on Earth. On the toys for children, they put wheels, evidence that the use of the wheel was familiar to them, unlike the earlier theories say.

Their architecture was also meticulous, in drawing as in execution. It involves an advanced mathematical and astronomical knowledge. However, the Olmec civilization represents an absolute archaeological enigma: it has appeared already perfect, with an extensive knowledge in all areas mentioned above, with not a single trace of gradual evolution, as it was supposed to happen normally. Would have the ‘people of rubber’ risen out of nothingness? The mainstream archaeology has no answer.

But the Aztec tradition has one: Quetzalcoatl.

Peacemaker, the group of Quetzalcoatl or Feathered Serpents was opposed to human sacrifices and tribal wars. Civilizers, they mastered arithmetics, astronomy, architecture, agriculture and crafts. They have taught the ancestors of the Aztecs breeding, agriculture, pottery, crystal cutting, the art of weaving, of sewing. But also the wheel, astronomy and the telescope, mathematics and the use of zero, metallurgy and many other wonders. In the Andes, another white bearded god did the same with the Incas, who called him Kon Tiki Viracocha, or Sea Foam.

We are probably wrong not to consider these legends with the seriousness they deserve. Who are these white gods? At what time this has happened? Complete silence among the historians. And the same modest veil covers the mysterious origins of Egypt. 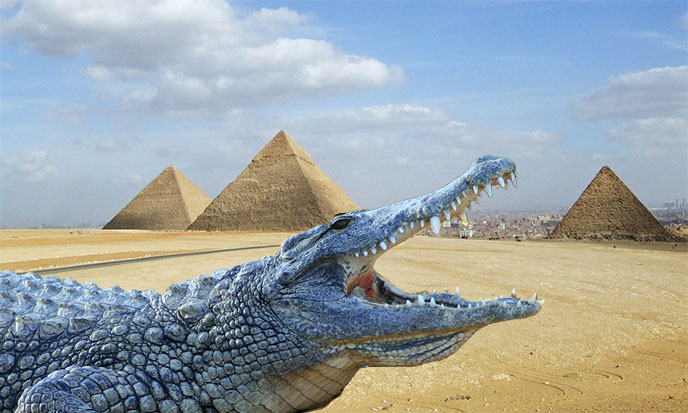 The start of Ancient Egypt offers the same enigma to the sagacity of researchers.

Egyptian archaeological remains suggest that the ancient Egyptian civilization arose at one go, appearing already fully formed, with already perfect know-hows which should have taken hundreds or even thousands of years for acquisition. No trace of evolution, from a primitive state to an advanced society, has been discovered. “Everything indicates that the first inhabitants of Egypt were already highly civilized beings who, by a strange anomaly of history, have lost much of their language and all the writing system that had helped to spread their civilization.”  (source)Our Plundered planet, by Fairfield Osborn

Moreover, these ‘orphan civilizations’ existed all around the world. Same mystery, same lack of explanation.

And most Archaelogists, brainwashed, do not wonder about that. Most, but not all of them. The Egyptologist from New York, John Anthony West has wondered: “How can such a complex civilization arise already accomplished? The solution to this enigma is clear: the Egyptian civilization is not the result of an evolution, it is a legacy.” (source)J.A. West, Traveller’s key to Ancient Egypt

Of course it is! According to Slosman, the Egyptians recognize that. In old Egyptian, Egypt was said Ath Ka Ptah, which means the second heart of God.

While Atlantis -i.e. Amenta for the Egyptians- was said Aha Men Ptah, the first heart of God. (source)Slosman, Moses The Egyptian The idea is that the god Ptah, after having stayed in Atlantis, would have had a second stay in Egypt, after the disappearance of the first one. Intriguing prospect indeed. For what happened to Egypt could happen elsewhere. All around the world, there is no shortage of traces of very ancient civilizations, without any known past.

These lost worlds, without name, without language, without history and ageless, aren’t they orphan civilizations?  As Sumer and Çatal Hüyük in the Middle East, the Chavins in Peru, the Indus Valley or Rama’s Empire, Yonaguni in Japan, the Xia  in China, or the Megalithic people of Ireland, of Spain, of Korea, of the Maldives or elsewhere…

Believing the official history is believing criminals on parole.