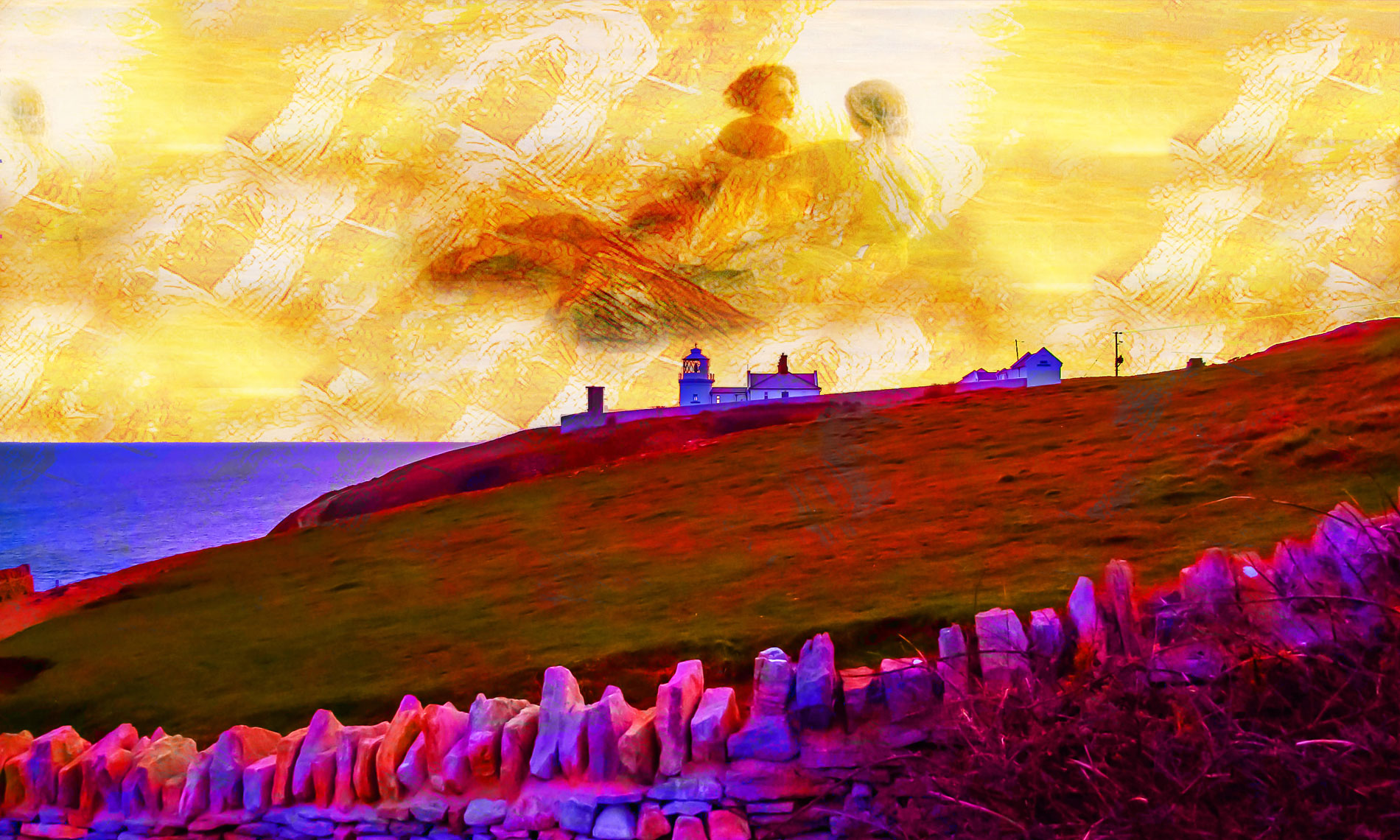 We have many lives, yes, and we also have more than one body, as you may already know. We have eight or more. Only one body is visible to all: the physical body. That’s why we hide it under clothes.Humor? But I want to talk to you about something else…

The seven subtle-bodies are perfectly described by the matriochka, a traditional jig doll that reminds the Russians of the truth of the subtle-bodies who have them before their eyes all the time. Clues to the forgotten truth are everywhere to who knows what to look for. I propose in this site a new reading of the past, the present and the future, this hypothesis proves to be of an encouraging fertility. Many ancient mysteries find a new light.

For the mysteries of body and subtle energy, I was inspired by India, whose vision seems to me the most appropriate. For the mysteries of the spirit, I followed the Sufi way, the middle way, the way of efficiency and perfection. I have a special affection for the Christian gnoses, the Jewish kabbalah and the wonderful books of the great Sufi Idries Shah.

But I remain faithful to nagualism as described by Carlos Castaneda. Sufism and nagualism naturally oppose the reductive conception of contemporary psychoanalysis, almost entirely derived from Freud. Another approach, that of Jung, has my preference.

Despite years of passionate, inquisitive, scrupulous studies, despite a life rich in exceptional encounters, full of surprising and always fruitful adventures, I have never encountered a more precise and accurate description of a psi phenomenon that I practice: the bilocation. Which body materializes elsewhere while the physical body remains here? The astral? etheric? glorious body?

Yes, may indeed be the glorious body. I will reread the Fathers of the Desert and the Fathers of the Churchfirst christian priests to refresh my conception of the glorious body. I’ll let you know what I find. For now, for lack of clear vision, I am content to describe what nagualism calls Dream Body. His perfect description nailed me as I experienced the same thing in real life.

Joy and stupor! It exists! I’m not the one delirious. My regular correspondents saw me elsewhere, in Switzerland, in Spain, in India itself, while I was quietly at home here in Erquy — from which I hardly stray, having found my place of power. They described the clothes of their vision — the same clothes that I wore that day. No doubt, I was both here and there. But I don’t remember. I act there, and here, in my physical body, I’m just absent, distracted, empty-headed and open-hearted. I know nothing, I see nothing, I am nothing.

By being nothing, I cure a child who is intoxicated. I give him CPR because he falls out of syncope. He vomits. The colors return on his cheeks. He will sleep until the next day 14h! To act as I did, in front of witnesses, I needed a material body. None of our subtle bodies can make themselves visible, much less take the Chinese pulse, massage, carry the slightest object, etc. Who did it? Me, no doubt. With what part of myself? The will of the belly. The tentacle of light.

The body he created, I won’t call it a dream body, it reminds me of the vahinés in bloom on the atolls. Awkward translation. I call it the body of magic — but it’s the same. It’s exactly the same. It is an emanation of the physical body, guided by our luminous tentacle, and materialized with the help of plasma matter that it finds on the spot. I may be wrong on this point. Experimental research requires that researchers not jump to conclusions too quickly. I don’t have that patience and my days are numbered.

Three facts are attested: the body of magic exists. It is material. It emanates from the physical body of the sorcerer. 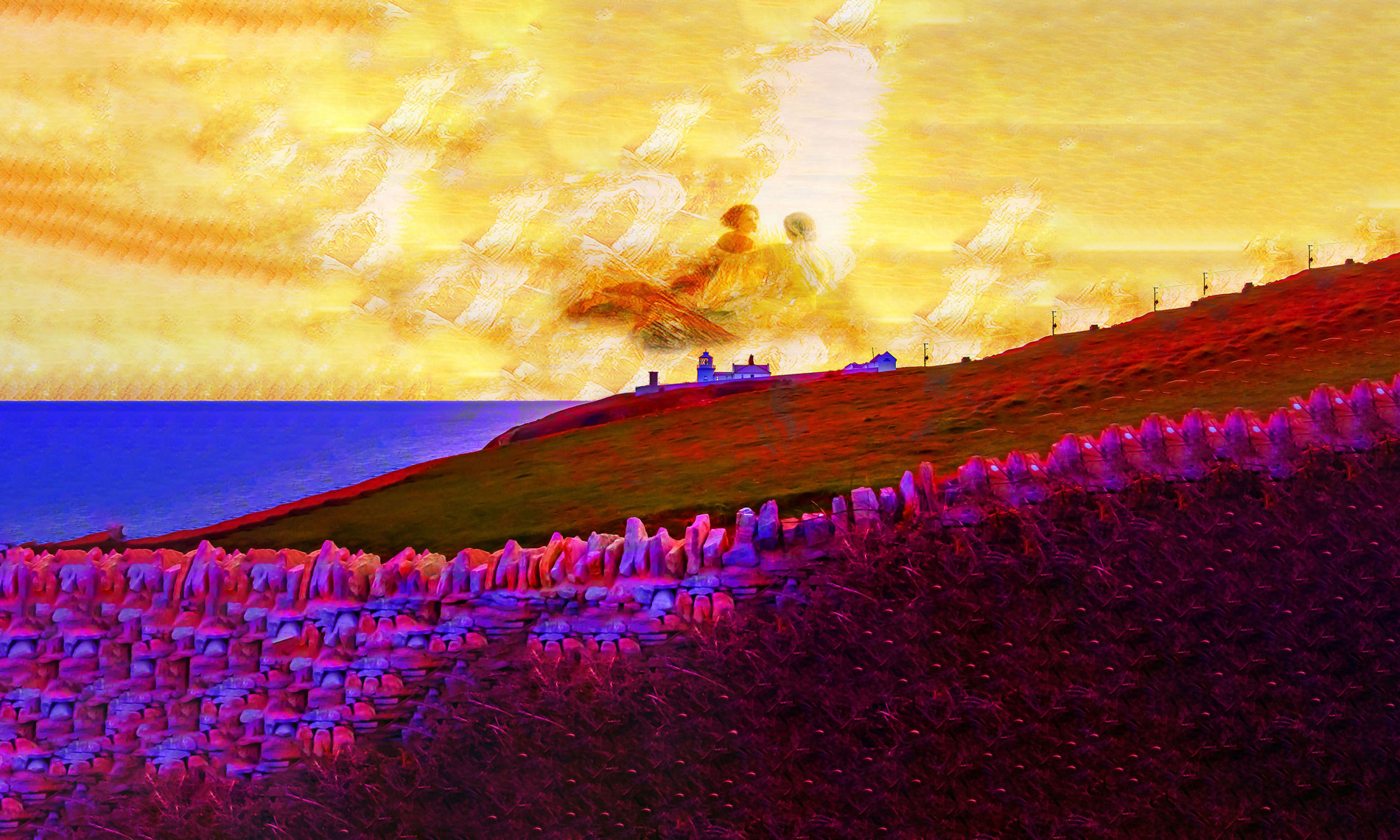 You have not lived for nothing. Even if your name does not remain in human memory, you will survive. You will spread over the living world in the strange form of a patchwork of you.

Bits of your body and mind will seed the creative space, the timeless matrix, the human world. What you have been will survive in the bodies of people you will know nothing about. Our heritage does not belong to us. Nothing belongs to you, you don’t belong to yourself. Our decisions are bogus. Our wills are windy. Our last wishes affect only the thin outer layer of the living world. Material goods are dead skins that peel. Those alone depend on you. Those goods — those nothings that don’t matter.

This patchwork comes from the mold of man. It is a regurgitation of the Eagle if you prefer. The Eagle ate your total consciousness, including your unconscious, and he spits out parts of it here and there. Does he know what he’s doing? I doubt it. Do you know what you do when you burp? The Eagle is consciousness, not science. He doesn’t think, he meditates. He doesn’t live, he is.

You have lived, you are dead, your body returned to the earth, your eternal spirit returns to the noosphere. There remains a small part of you, half-spirit half-matter, a plasma patchwork that prowls on this plane, probable seed of future fertilizations. You will live, like everything that has lived. You will survive, like everyone who has underlived. 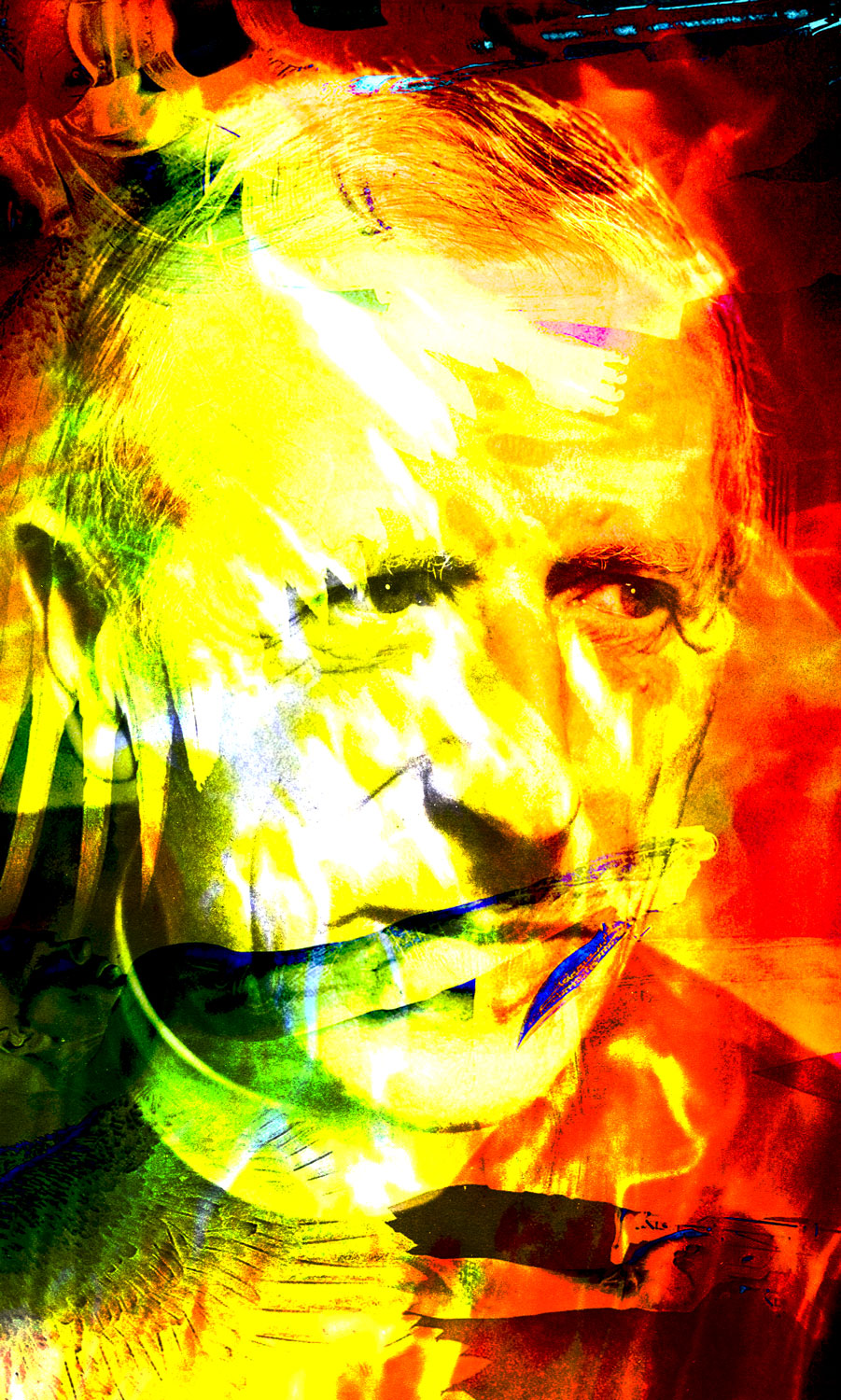 The word, developed by Pierre Teilhard de Chardin in The Human Phenomenon in 1955, was invented by Vladimir Vernadski. It is a thin layer surrounding the Earth that materializes both all the consciences of humanity and all its capacity to think.

Teilhard de Chardin visualizes a globalized humanity, a humanity whose imagination, thoughts, ideas, discoveries, psyche or consciousness weave an increasingly tight “noosphere”, a consciousness that is more and more united, more and more planetary. For Teilhard, since the beginning of life on Earth, consciousness has evolved to permeate the entire biosphere, like another atmosphere, made this time not of oxygen, but of psyche. (source)

Only what is fantastic is likely to be true. (Pierre Teilhard de Chardin)

For those like me who observe and use it, the noosphere appears as concrete and real as the  biospherereign of the living or the lithosphere.reign of matter Even more. It permeates the three states of matter, solid, liquid, gaseous in the plasma form that is its own.

This form is the fourth state of matter, which the recent discovery does not yet reveal the infinite applications. Unexplored, just scratched by our most advanced scientists. But Dream explorers know it better than their pockets. They can recite it by heart and raise it with a twinkling of an eye. The noosphere is my garden.

Plasma matter is also spirit. It is a sublime bridge between thick matter and the immaterial spirit. It is the material recording of the conscious immaterial. The total human consciousness must have a medium for recording. Teilhard didn’t mention that. How could he? In his time, the plasma was not discovered.

Plasma is definitely a state unlike any other. He carries in him a perfume of new physics, quanta theory, wave mechanics revisited by a patient. The world is sick, so is the thought of the world. What is surprising?

Plasma means form. What could be more innocuous? Yet this Greek root seems more supernatural in the word ectoplasm.

Ectoplasm: formed from the Greek έκτός (ektos) «outside» and πλάσμα (plasma) «form», was used for the first time around 1895 by Professor Charles Richet to designate certain perceptible manifestations produced by mediums during sessions of spiritism. (source) For Larousse: A mysterious substance that would come out of the body of certain mediums during trance and, at some distance, materialize to form limbs, faces, complete organisms (ghosts), humans or animals, or various objects. (source)

Plasma is a matter-spirit of which humanity is the author. Ideas are in the air, an expression that takes on its full meaning. From this bridge between matter and spirit will soon emerge myriad of noetic, poetic inventions, fundamental like the petals of a flower whose plasma is the heart.

Teilhard hit the nail on the head with his noosphere intuition. Our thought-planet, rich in all human thoughts and minds, forms a layer that is not only spiritual. The noosphere is also material, a diluted, distended material, which can be called plasma. It forms a plasma astral body around our planet.

Around the physical body and under the aura is a bio-energetic layer which is also spiritual matter or material spirit. It is the astral body. It is of a plasma nature like the noosphere. As a result of out-of-body experiences accompanied by astral thefts, I was able to acquire this astonishing conviction. Our own astral body is capable of controlling the Earth’s plasma. 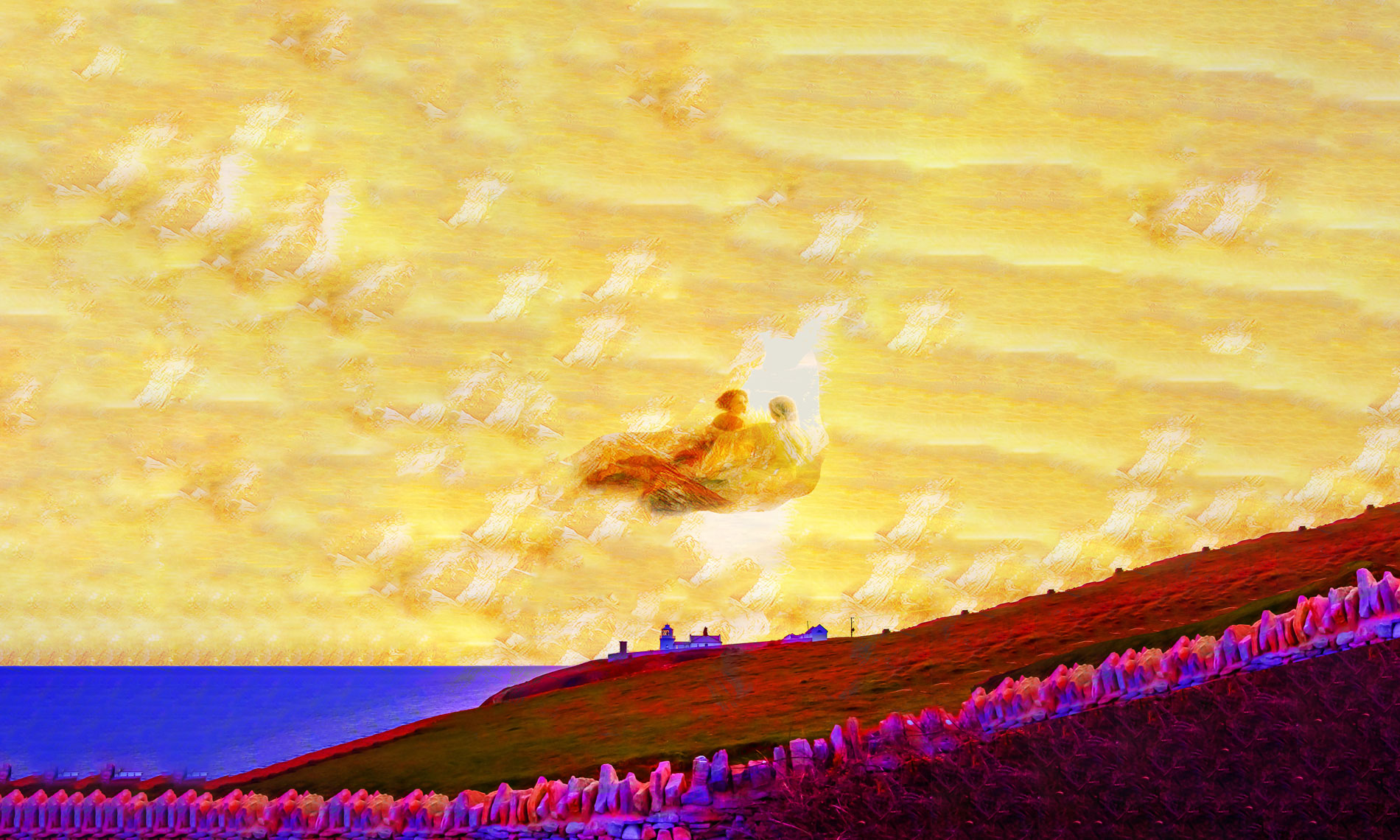