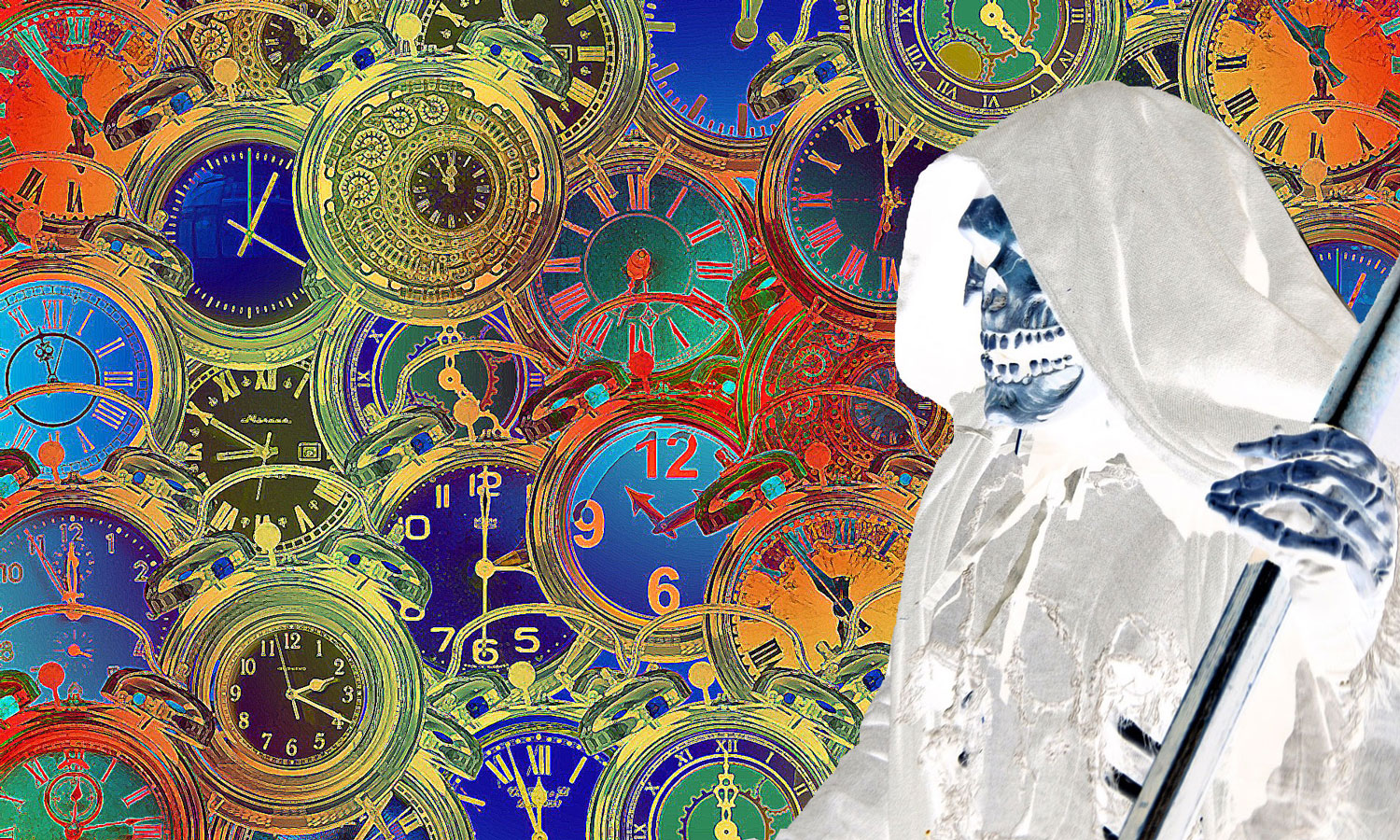 This title is puzzling. What then is a Temporal Riddle? Well, it is an enigma conceived long before the time when it becomes comprehensible. Yeah … It’s hardly clearer. My subject is even more obscure …

TETemporal Enigma or TRTemporal Riddle is a long-planned meeting between a sender and its recipient, which is not a person, but a future era. Curious programming indeed. The sender knows when it will be understood, but it doesn’t care by whom.

How does the sender know when the riddle will be deciphered? Extremely simple. It is not until certain scientific discoveries have been made, until the technology has reached a precise threshold, so that the level of human knowledge allows one or more smart guys to understand the enigma and to explain it. This implies that each era has the qualities required to interpret certain riddles from the distant past.

All this is wanted. Thus we would be piloted by beings who may have disappeared for ages. In any case, they had planned that they would not be able to communicate with us for eons, and to further help us before they left, they gave us these wizarding options. See below

The sea of ​​time

Time is not material. Time is not a sea, although it looks a bit like it. Myths and legends, clearly conceived by beings superior in intelligence and science, seemed to be bottles in the sea. Secrets encapsulated to resist the ravages of centuries, quietly waiting for an intelligence to collect and interpret them.

It is not so. Now I sense the existence of a precise, pressing, prescient plan. But I won’t say more for now. It is important to get the cutting edge of your mind to touch what it is. You will understand the means that these puzzles use to reach us. You will then perceive the nature and the brilliance of some of these puzzles.

The language of the birds

Puzzles can use a variety of mediums, such as sculpture, painting, myths, architecture, legends, etc. But their preferred mode of transmission is through language. By the different languages ​​spoken on this planet. It is therefore essential, for researchers of ancient secrets, to listen to these languages, these dialects, these idioms, keeping in mind what we know about the golden language, language origins.

Often the sound reveals something other than what the words say. Sound transcends meaning. It is richer, more intuitive, it does not refer to meaning, but to essence. Such spoke the Language of the Birds.

So when you say: l’essentielessential, I hear “laisse en ciel”leave in heaven. When you say maintenantnow, I hear “main tenant”holding hand, the hand that holds the moment. If you say: étonnammentsurprisingly, I hear “et ton amant”and your lover. If you say néanmoinsnonetheless, I hear “nez en moins”missing nose. Sounds are signs, sounds beckon us. The sounds speak to us of something else. They are truer than words because they reveal a hidden meaning, because they make visible what was not.

In sahaja yoga, the sexual chakra is called swadisthan, which in French is pronounced “sois distant”be distant. We can see a recommendation of a tantric order, keep your distance from sexuality, do not release all the energy to the sexual chakra, so that the higher chakras also benefit from the rise of kundalini. 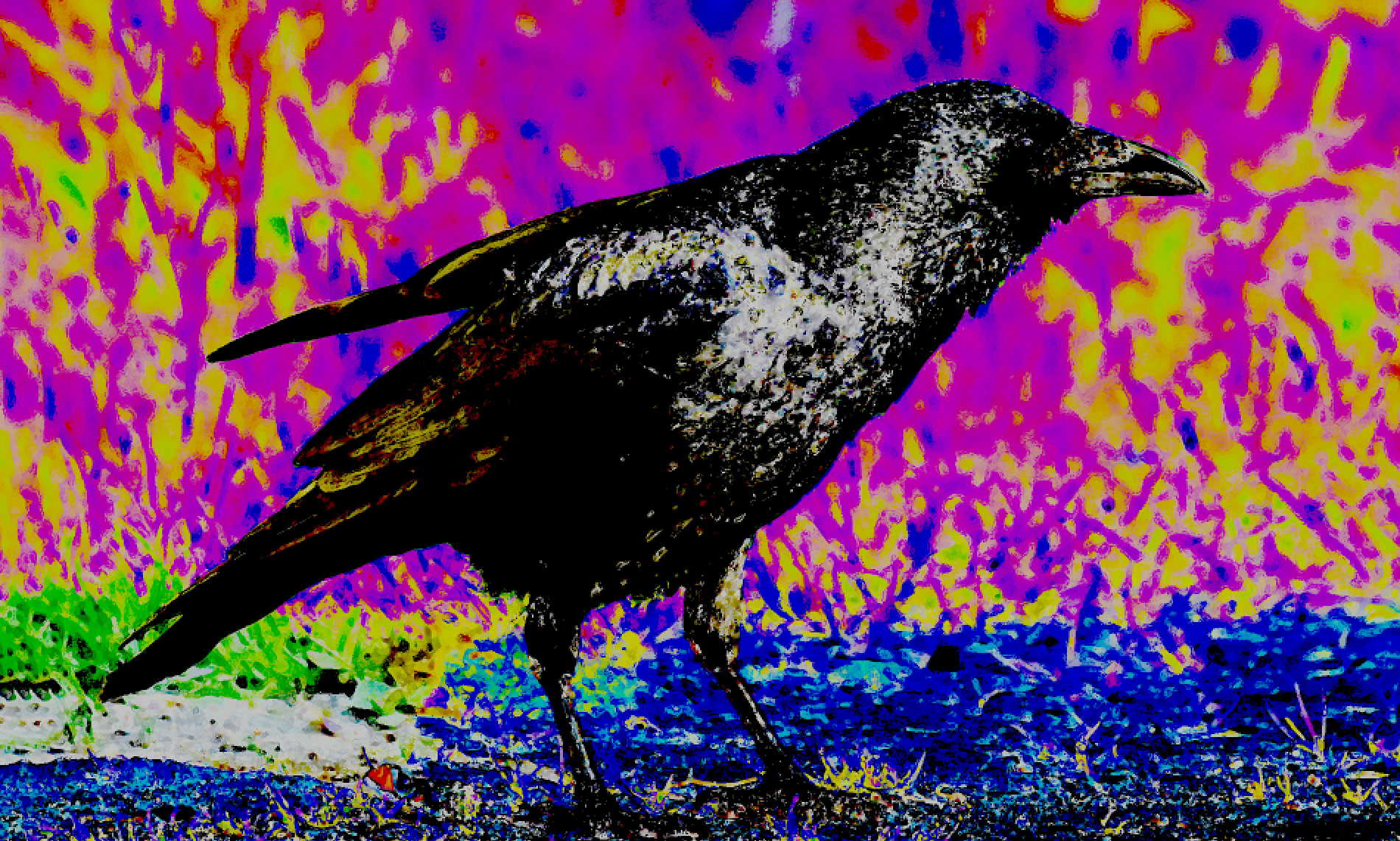 We can also cut out the sound mass according to words or phonemes from the original language, such as the works of Ehrard Landmann, Marcel Locquin, Alain Aillet etc. brought it to light. Of course, the dictionary is very incomplete. A mini lexicon, at most. But other stones will be added to the building, I’m sure. The quest is too beautiful, the discoveries too great, too ignored the truth they reveal.

I have given several eloquent examples; thus Excalibur, the magic sword of King Arthur, is divided into three words: ex qalib ur. Ur, as we know, is the ORIGIN, the mother planet of the Former Gods under the sun of Orion or under that of Alcor.

“The Latin name of the Big Dipper, URSA MAJOR, in my opinion contains the key to the enigma. When it is written like this, UR SAMAJ OR, we see the phoneme OUR / OR / UR twice, once at the beginning, once at the end. In the center, there is the word SAMAJ. I question Google Trad which tells me the language and the meaning: SAMAJ comes from Belarusian самай, and means MORE, MORE. Note also that this same word, SAMAJ, is a surname widespread in many Asian countries.

We could therefore translate: GOLD, MORE GOLD or better: GOLD, STILL GOLD !! This overlaps with all of our legends about how much the gods before were fond of gold. Some authors have imagined that all this gold was used by them on their distant planet. Possible. After all, gold could be the main galactic, if not universal, currency of exchange. This metal which possesses such a quantity of qualities is inevitably considered as precious everywhere else.” (source)

As for ex qalib ur, read this personal word that my dear friend researcher Alain Aillet addressed to me: “Ex, from the Latin“ which comes from ”; and UR, you get me. Which gives us: ex ur = who comes from Ur. But there are two mysterious syllables left in the middle of the word: calib. Latin dictionary doesn’t work, so, I don’t know why, I am thinking of Qalib Arabic. And what do I find? “Caliber, Arabic qālib from the Greek kalopous, which means ‘good faith’ but originally meant ‘shoe shape’. Instrument materializing a length and serving as a comparison for the control of mechanical products.” (source) So we have exqalibur = mechanical manufacture (modern weapon) carried out according to the plans (qalib) of Hyperborea! Made in Godland, in a way…” (source)

Yet this sound reading, which does not conform to current semantics, poses an insoluble question. It is the current pronunciation of French that allows these revealing puns: so how did the issuer, in the depths of the past, know the French pronunciation in 2020? He programmed his enigma millennia ago, even tens of millennia, when the French language was not existing yet! No more than all the current languages, whose pronunciation as syntax and vocabulary remained to be invented!

This process of transmitting a hidden secret so that one day it can be used far away reminds something to the enchanter that I am. Castaneda talks about something great, a gift of power that you can receive without knowing it. He calls it a wizarding option. Those who come to see me, for the Meetings or for an individual internship, have all received this kind of present from me.

It is an assemblage point (A.P.) position that opens up certain possibilities for the warrior. The positions of the A.P. are in infinite number, they allow countless feats and are indeed the best keys of witchcraft. Receiving one or more A.P. positions from a powerful wizard is a priceless gift. You don’t feel anything special, you can’t say that something happened at a precise moment, it’s the contact with the wizards when it takes you deep into the left side that favors what you could call for a transfer of know-how.

The cool thing about the sorcerer option is that the recipient will never know that it is not from their own funds. Otherwise, the gift always arises at the right time. The A.P.’s new position comes without warning, exactly at the right time. Once, for an unknown gift that had just saved my life, I saw the hilarious face of Flornoy, mocking. He had just signed his package. But most of the time, the gifts of power are not detectable, not attributable, not reimbursable.

Message in a bottle

The sorcerer option is a real bottle in the sea. Route unknown, recipient unknown, deadline unknown. In the end, it is unlikely that a fragile bottle entrusted to the waves will reach anywhere where its message could be read. The same goes for the wizard options. We give as much as a bishop can bless. Why bother? It costs nothing. During Erquy’s reiki session, I feel I am giving new and interesting A.P. positions. Will the person benefit from it? What does it matter? No ego, no return, no trace, a beautiful gift in the waves.

The same is not true for Temporal Riddles. As I said, they are wanted. Designed. Developed with jealous care. Unlike gifts of power like A.P. position which are done blindly, the T.R. is programmed and its execution controlled at all stages. Which brings us to a more precise definition.

TR is long-scheduled meeting between a transmitter and a selected future era. This type of programming can only be performed by a time master. Someone or something behind our life plan, able to interfere at any moment with anything and anyone. God? Superman? Extraterrestrial? Holy Spirit? Wakan Tanka? Program?

Yes, program, that’s the name that works best. In this case, we wouldn’t be as real as we think we are. We are kind of avatars launched in spite of theselves in a spacesize video game. A game for life. A game to death! What if death was as illusory as we are? 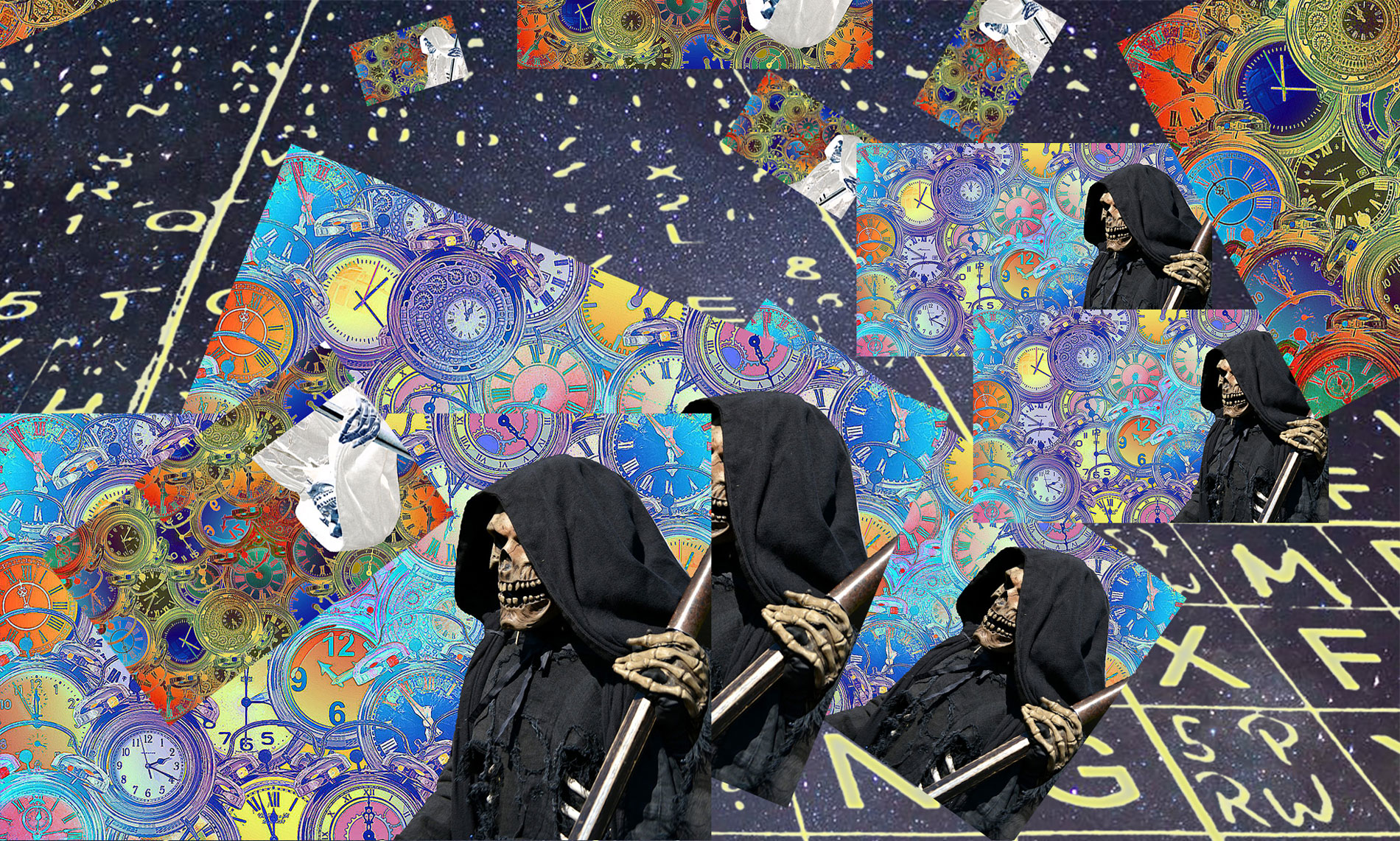