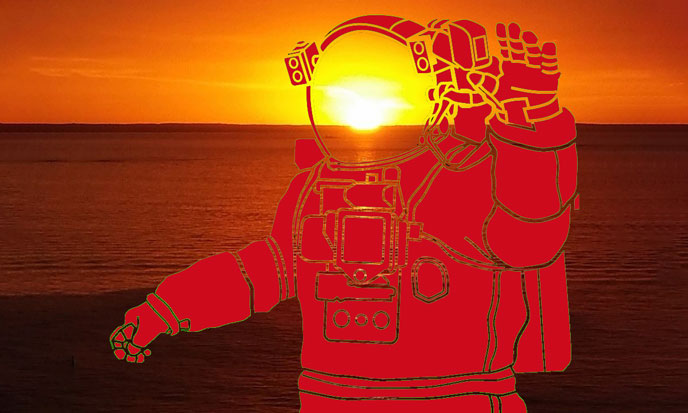 Ancient myths and legends are not the work of humans. The authors are visitors from the stars, civilizing extraterrestrials that we wrongly call the gods, for want of a better word. They form an army of over-equipped professionals, engineers, warriors, geneticists, architects, geologists, all the specialties that the terraforming of a wild planet requires.
For years, I have been peeling myths and ancient legends from here and elsewhere. Their commonalities and even more their divergences have been very instructive. Every myth, every legend is reporting real facts. It took me a lot of time and patience to emerge the hypotheses that I expose in these pages, and one day, I believe, will be able to found a new science of the Human. I changed the paradigms several times, ten times I changed my representation of the world, a hundred times I modified my vision of history, so much the sum of the lies that served us made an opaque screen between us and the reality.
Everything is moving, the mind moves the whole. I do not think it is possible for an honest researcher to arrive at definitive certainty. To this day, here is what I believe: the gods before invented the myths. They have designed them with nuances, depending on the country. They relocated each episode to the country where they told it. Easy: they were everywhere, they were the masters, they were feared. And their know-how was just perfect.
Why did they give themselves the trouble of becoming story tellers? We are far from the core of planet planners’! Do not believe that. They were on target. The terraformers had to finish their program by creating a smart species, able to take over after their departure. The psychological dimension is of paramount importance for the evolution of this species. Thus the terraformers followed a strict protocol, developed long ago, in order to make all these beautiful stories, aiming to hide the unthinkable. To embellish the unacceptable. And the trick worked fine. All these puppets without faith or law make the different gods that our earthly religions still worship – and it’s not over, alas!

An example ? Take Noah’s ark, or Atrahasis’, or Yima’s – the ark’s tale and the flood’s tale are quite widespread. You already know the story, here is the key. Our star visitors, as I have saidin many articles, arrived on a gigantic ship with all the equipment to terraform this planet. Among other things, they had I do not know how many alien genes to make pets, by adapting our terrestrial wildlife. This is why the wild bison of Europe suddenly turned into a peaceful cow. Do not look for adaptation in there, it feels the genetic job. Imagine the survivors of the deluge and their surprise when seeing the emergence of peaceful ruminants, milk cows, bleating sheep and laying hens.
The deluge is the solution devised by the terraformers to get rid of giants and other dangerous predators that compromised the future of small humans, our ancestors. After floods and other disasters, most predators had been drowned or frozen. Other animals have appeared to replace them: not predators, but prey, and even easy prey. 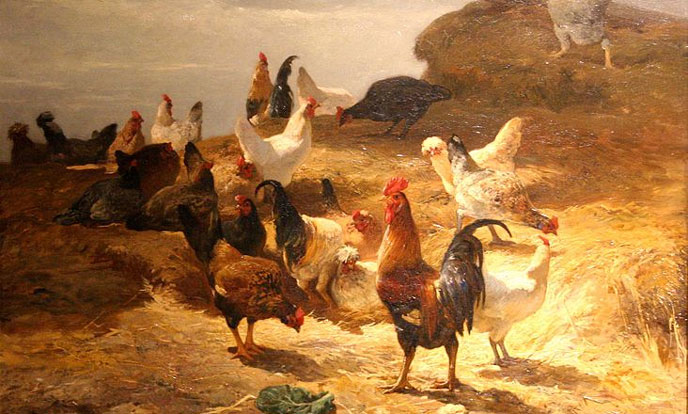 Above a chaos of mud some mountain tops were emerging from the universal swamp. Up there a few handfuls of survivors were staring, stunned, at the rubble engulfed in the world that was once theirs. Then came prodigious animals – submissive, docile, gentle and faithful animals, never seen before. And for good reason! These unpublished animals emerge from the test-pieces of the terraformers’ genetics lab.
To explain this unexplainable irruption, the terraformers invent the fable of the animals in the ark. The only arch that has existed is called Hyperborea, it is a spacecraft of prodigious dimensions, hovering in the northern sky. There is a part of truth, very small, as always. All myths have their inner truth. Socrates practiced maieutics, which is the art of giving birth to spirits. The maieutics I practice would be the art of giving birth to myths.

The Fable of Eden

The garden of Eden, the forbidden fruits, Eve and the Serpent, Adam croque-pomme … Still pretty pretty fable full of false naiveties which are real puzzles. Another minauderie invented by the gods before to conceal a more prosaic reality. For the terraformers were feelthy rascals. They had to find something to make humans forget their turpitudes. The wonderful garden of Eden of Genesis was in fact a gods’ brothel. The site of this beautiful garden will be looked for in vain. Pale copies were made here and there, but the original came from the stars, and he returned there a long time ago. It has been given numerous names, according to place and time, Atlantis, Mu, Land of Punt or Lemuria, and finally Hyperborea, Earth in the sky.
Let’s look at it more closely. “Eve and the Serpent”: this funny tale is decoded thus: Eve, or rather the original woman whom the Hebrews named Lilith, was the sexual toy of the Reptilians. The former gods created women for that, the Sumerian tradition makes no mystery. “Eve crunches the apple”: the woman sleeps with the Serpent which reveals secrets to him: among other things, it shows him to what extent it is made have by the gods, that use and abuse of her. Through the Serpent, Eve acquires The knowledge of good and evil.

“Eve offers the apple to Adam”: the Woman pushed this poor little thing that was the first man to serve as a woman to the Reptilians. We remember that Man was not created for trifles, but for hard work in mines and fields. That does not prevent the fun … The gods before were bisexual, there are even chances that they were androgynous.
“Eve and Adam realize that they are naked”: at one point, they are fed up with getting put by the gods, and decide to resume their sexual independence. They cover their pudendae, their genitals. This is not to please the reptilian gods.
“Eve and Adam are driven from the Garden of Eden”: in fact, they are the ones who run away. They descend to earth, and must renounce the thousand facilities of the garden of the gods: easy life, opulence, assured food, various drugs and delicious dishes, luxury and voluptuousness.
To leave the garden of Eden is to leave the maternal womb, to get free from the divine guardianship. If Eve and Adam had not succeeded in escaping from this sexual prison, the human race would have remained a race of slaves. Wanting to find the Garden of Eden is an infantile reflex, unworthy of us. Don’t aspire to return to the womb/matrix, it is to languish from the oppression of the terraforming gods, it is to take them for the good – what they have never been and will never be. They are just professionals. Without states of mind. They do their job, then they fly elsewhere …
Praying them is dangerous. Believing in them is irresponsible. Imploring them is madness. Start by believing in yourself. To yourself, address your prayers. It is you that you must implore. You alone can do everything for you. Do not forget it. 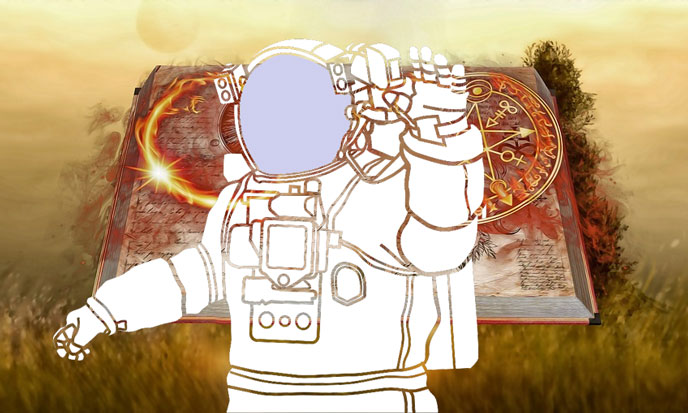 When God wants to punish us, he answers our prayers.