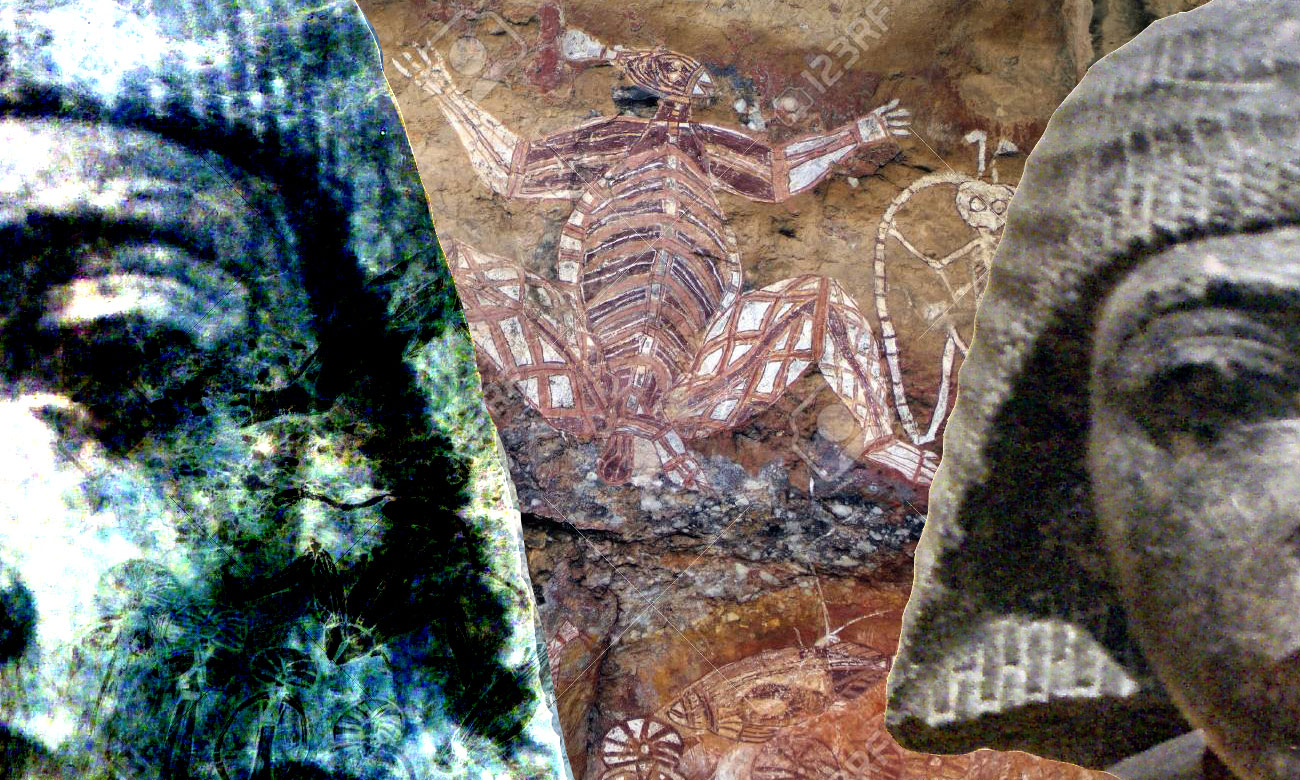 I have already spoken about Osiris, I have devoted several articles to him, Isis Osiris Horus, Osiris and Jesus, The Crown of Osiris, The Secret of Osiris, Osiris Prince of Atlantis. Recently, I introduced Osiris as the son of Rama. Now here is another aspect of Osiris which earned him the recognition of a threatened people. Following his father, he sets himself up as protector of the black people, to the point that he often merges with him. Osiris is both a man and a people, like Enoch, Ptah, Quetzalcoatl, Lugh and other ancient heroes.

The people of Osiris are the first to civilize the land. Coming from Hyperborea, the island in the sky, the Ouizirs merge with the Celts, but Celts very different from those we know. Celts with black skin, frizzy hair, sloppy, flat noses. The Vikings too. They are found trait for trait among the Olmecs, in Mesoamerica. And we will see later that this nose story is not as anecdotal as one might think.

These blacks from Africa, Fabre d’Olivet calls them Sudeans because they come from the south. I prefer to call them Wisirs, they are all children of Osiris. Ram, as I have said, had a lot of children. If like him I had to live two thousand years, perhaps I would do the same. His eldest son is Usir, written Ouizir / Wizir among the Arabs, Azar or Azor among the Egyptians, Osiris among the Greeks. His great nobility and intelligence made him the natural emperor of the black people. He brought the countless black tribes together. His father Rama made the whole world unite.

Comparison is not reason

Following his father, Rama as black as him, Osiris had to manage the countless rivalries between the warlords. All these proud conquerors did not know how to behave in peacetime. Murderous brawls broke out incessantly, portions of the empire seceding until Osiris intervened in person to calm things down. It required grip, tact and panache. His half-brother Seth was tough, Ouzir was Hindu.

the former conquerors to unite them into a proud people with a thousand heads, where each one is respectful of the customs of his brothers.

Ousir’s mother was a Sabatean goddess, of the line that would later give the Queen of Sheba, chosen from the heart of Solomon. By his double divine origin, Ousir belongs to the noblest of human lineages, the Black Dragons, which descends from the vulture snakes of Babylon. Osiris is Reptilian, Osiris is god. A god as black as the moonless night, a god with a star in his eyes. So black his skin looks blue.

Egypt was born from the ancient supremacy of the Sudeans, who then civilized and pacified most of the planet. A strong administrator was needed to cement the often weakened ties between the different tribes. To continue the work of Rama – Ra in Egypt – his son Osiris was the best choice. He managed to maintain the peace, without however being able to avoid a dislocation of several territories under his jurisdiction. The East took a divergent path that ended badly for the Sudeans, pushed further south. 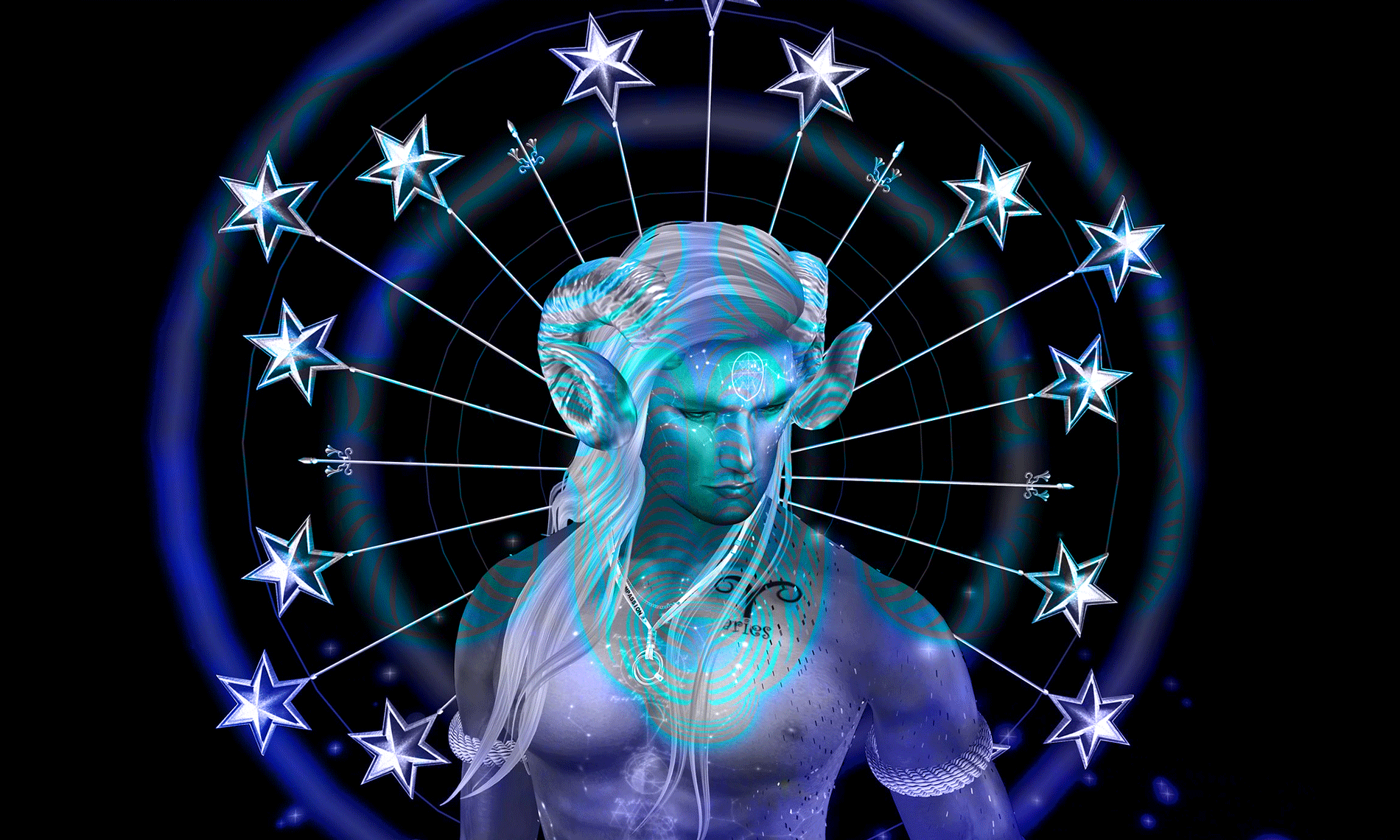 It was then that they tried to regain autonomy and dignity by occupying the islands and atolls of the Pacific. For other parts of the world, unity remained long after the death of Osiris, assassinated by his brother Seth or Sathor. Who was just his half-brother. Not a white man, but fair-skinned. In any case, clearer than Osiris.

Its disappearance did not sign the end of the supremacy of the Ouisirs. The black dragons! I have already mentioned the Reptilians, although I prefer to speak of the gods before. It shocks less. Black dragons are the terraformers of this planet and the creators of our human species. Absolutely. These repulsive monsters taught us everything with motherly patience and gentleness. We loved them to the point of marrying them often. If I say that, I hear from here the cries of horror of my readers, the screeching teeth of my readers. Disgust overwhelms us at the mere mention of these large lizards covered with sharp scales. I remember, I can’t help it if everything comes from the Reptilians.

These big lizards are not the lazy type. They have been working hard for billion years, loosing countless tails and dripping oceans of sweat – ifever reptilians could sweat. Yeah, hard workers for 3-billion years as I wrote — it doesn’t sound like because the Bible talks about six days only. On the seventh day, the Bible said, the Gods rested. Black dragons are the name of this people of star visitors. They came from afar, and for a very long time carried this planet to its current summit, making it beautiful over the centuries, and as long as they were there, we were helping them with that. Now that they are gone, we are getting down to dirty things. The project from the beginning, we no longer remember. The Ouisirs were the first, they never gave up.

Osiris ruled for five hundred years according to Akashic memories, but his reign was overshadowed by racist Egyptian scribes, such as that of his father Ra Ram Rama, which had nevertheless lasted 2000 years. It scores on the clock all the same! But no, Rama has been erased from texts and memories. Looks like this is a very old plot. In Europe, his name is unknown. In Egypt too. No one dared to identify him with Ra, despite the homophony.

Ousir experienced the same erasure. On the Giza plateau in Egypt, Osiris watched over the three pyramids built during his father’s reign and completed under his. Yes, Rama is the real builder of the pyramids which do not owe much to the three late usurpers Kheops, Kephren and Mikerinos, authors of simple repair of the existing works.

Ousir Osiris Azor, also ase god, is represented in the most famous statue of Egypt: under the appearance of a reclining lion that we call the sphinx. Under the vast mane that has now disappeared, the face was that of Osiris. This face has been mutilated. Racialists knowingly destroyed the nose, which was too Negroid to please the lighter-skinned new masters. It will happen in a few handfuls of centuries. Wait, we are not there yet. 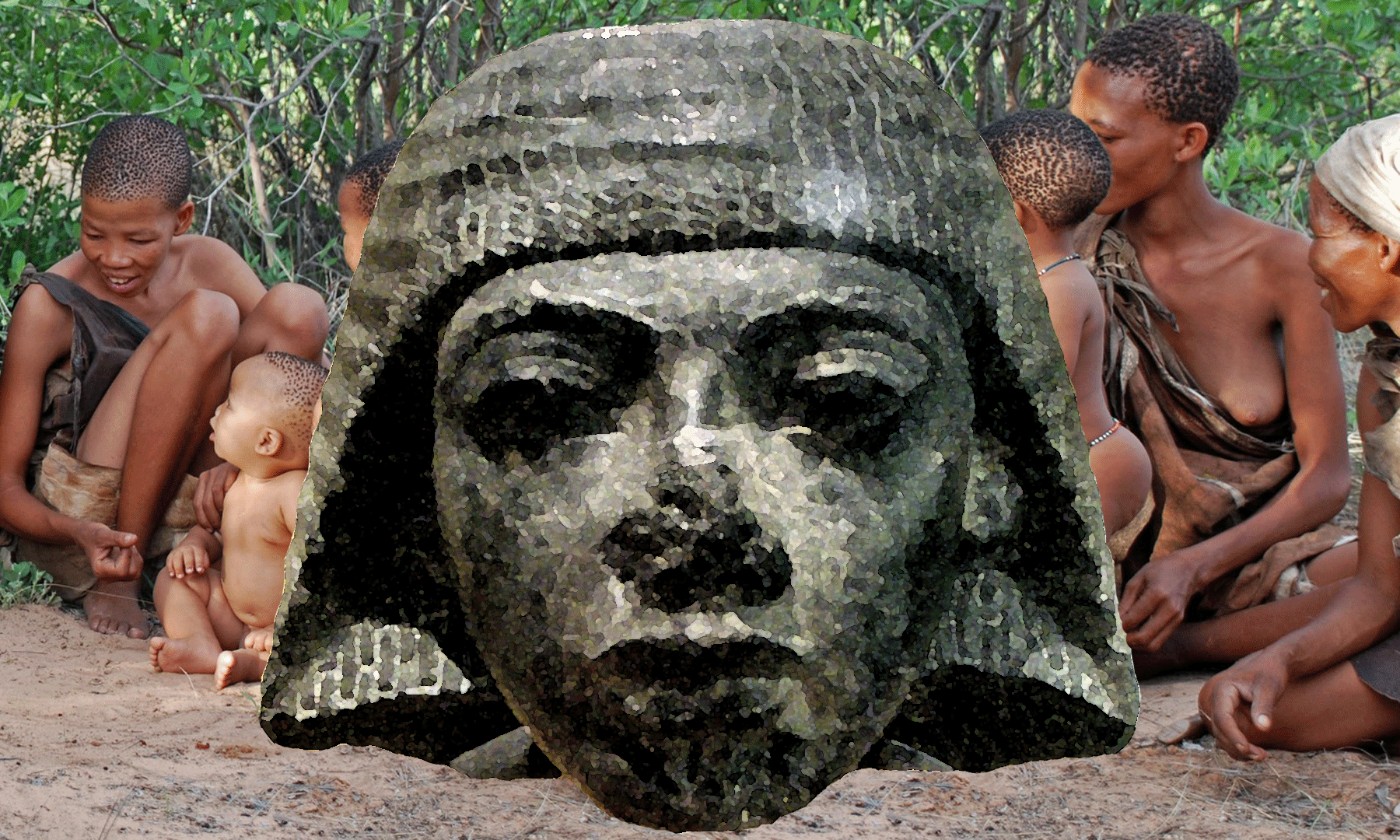 Let us therefore turn back the time of a few handfuls of centuries to get to my friend Osiris. Wizir. Azor. Azar.

Seth and Ouzir have the same mother. But Seth has not the glorious lineage of the world’s first emperor. Seth Sator Satan is not a Rama’s son. He is tough and rude, inquiring and calculating, and thanks to a poor dish of lentils he gave to his elder brother, he managed to fool his old father and win the empire. Strange and heavy. Human fate is made of this.

The episode of the lentil dish has been used in other works. You should know that myths travel, change, adapt to the countries they cross, are recycled endlessly in dozens of languages ​​for tens of millennia – and probably much longer. The lenses Esau had, but not the power.

Osiris had no choice. He left with his people in the depths of the earth, where the Ouizirs still reign under the hot interior sun which is called the central crystal. Other Ouizirs remained on earth, where they promised to relinquish political power. The whites then parked them in Africa and America, with the ban on coming to Europe or Asia. They respected this clause, except in India …

But I am telling you about a time when the Ouizirs of Africa returned to primitive life, renouncing the pseudo-benefits of progress, banning machines, returning to a life of hunter-gatherer, or farmers without a tractor, animal traction, closer to nature, like an impeccable warrior.

Satan prince of matter has extended his reign over the rest of the earth. He made use of devious religions, which no longer awakened their followers but channeled them to make them more docile to exploitation, domestication, slavery, stupidity, thus transforming beings of light into bionic units of report. And it earns, believe me, 7 billion assholes at work. Who sweat blood and water immediately recovered by the World Company. Deal your crap you wind-seller throw your shit to the highest bidder we don’t need anything especially not to slavish like non-flying, unwilling, unhappy serfs.

The reign of Sator? We’re still in it. There is a very old prophecy in the form of a palindrome which goes like this:

And who is deciphered like this:
SAT Seth OR of Ur A on RE Hyperborea PO the [north] pole TENET will hold, will fix OPE the door RA of the sun ROTAS will turn, will open

What gives in clear:
[When] Seth of Ur fixes Hyperborea above the [north] pole, the Sun Gate will open.

The Sudeans are gradually losing their planetary supremacy, pushed to the sidelines by the white-skinned hordes. But the Ouizirs retain most of their political influence. They have acquired invaluable experience which destines them to the roles of advisers or ministers. thus in Arabia they become the advisers of the caliphs, and the name of their people becomes that of their office, the Ouizirs are viziers.

For several centuries, all the ministers of the caliphs were black in skin and culture. True living encyclopedias, they drew their impressive knowledge from a typically Celtic teaching, the oral tradition. no writing at home, but thousands of verses and pages in the head, which they could quote without error and which summarized the essence of their very ancient wisdom.

Even when this custom wanes and light-skinned ministers gradually replaced them, the title of vizier will remain associated with this function.

Now I wonder if the word wizard would not also come from Ouizirs and their magical talents? Osiris was a famous wizard, wasn’t he? 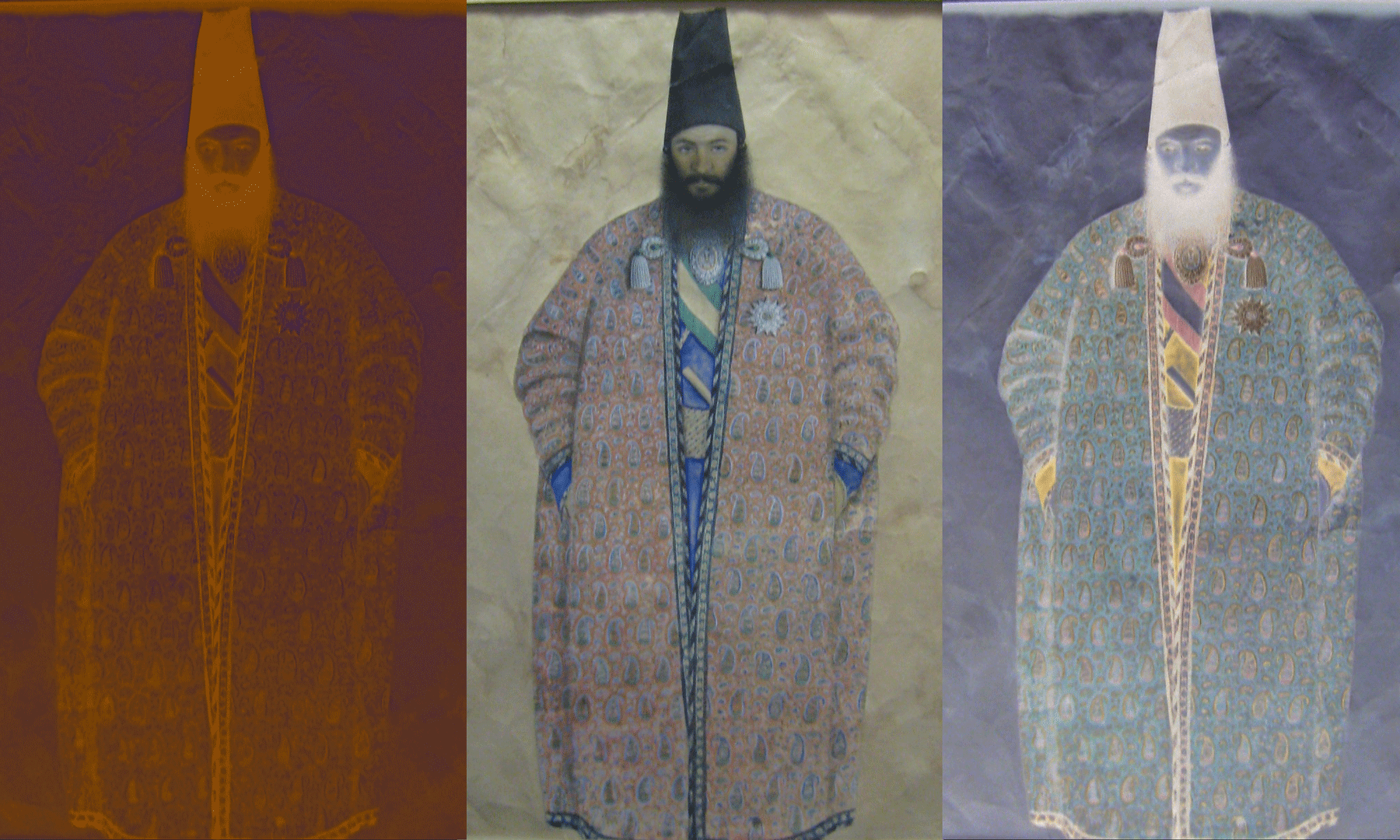