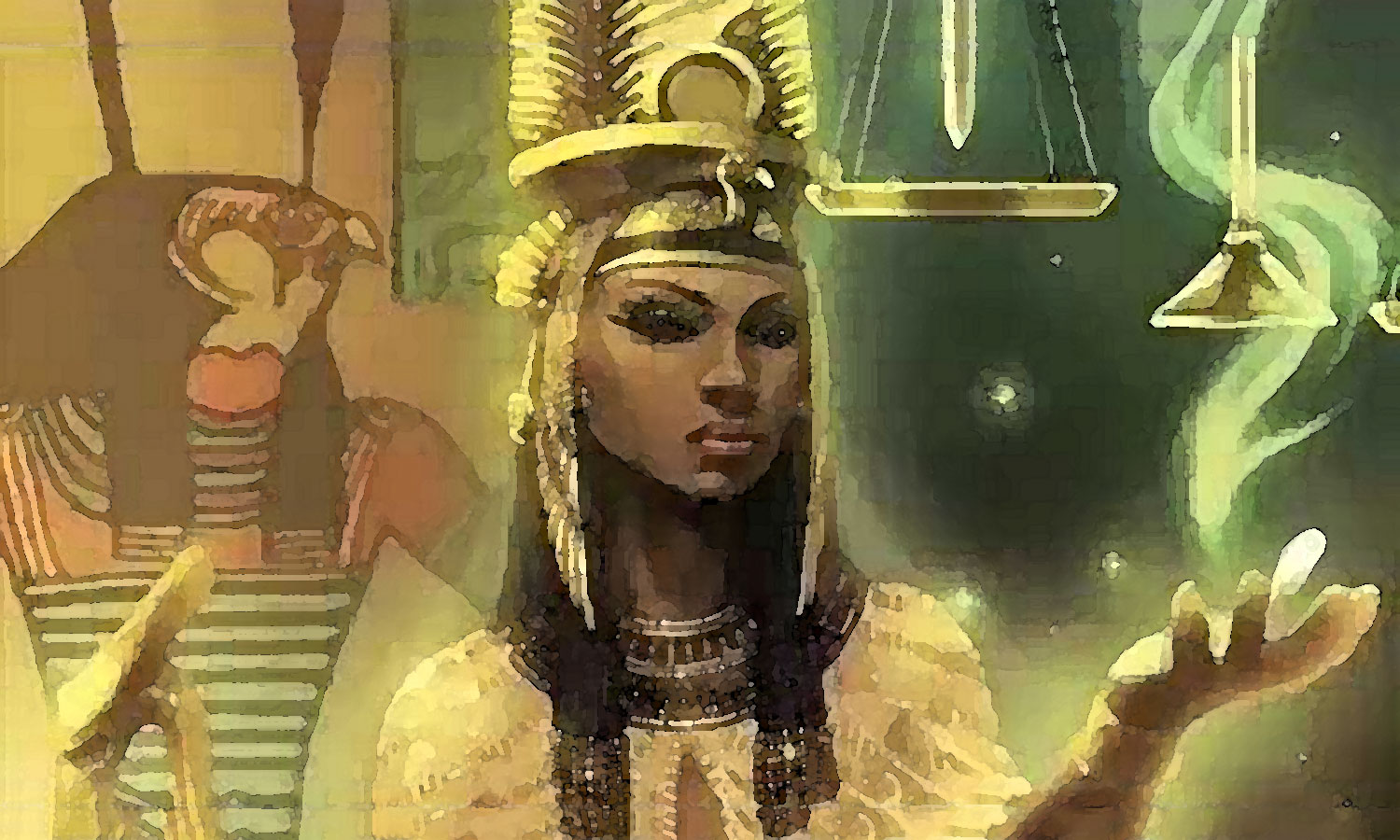 At least that’s what Fabre d’Olivet tells us. My loyal readers know how much I value the writings of this occult philosopher. It was he who restored Africans to their ancient glory. He baptized them Sudeans, as he named Boreans those we call today Caucasians. For two centuries, his work has delighted enthusiasts of the other story. Still going strong!

Fabre d’Olivet led me on the track of the fabulous Rama, thanks to the time trips that made me make his Philosophical History of the Human Gender. This great initiate now leads us to discover the Sudeans. So he names the Africans of protohistory, who are not wild, quite the contrary. Twelve thousand years ago, the Sudean civilization was a civilized islet in the midst of white, yellow or red ignorant barbarians.

Why be surprised? Africa has been the cradle of humanity. It is logical that Africans have evolved long before other races. Very long even, from the dawn of time to the deluge of 10,500 BCEBefore the Common Era which precipitated their decline and the end of Sudean supremacy over the rest of the world. Yes, the Sudean civilization has pushed its antennas on almost the entire planet.

At that time, the black race, which I will always call Sudean because of its equatorial origin and in opposition to the white race which I named Borean; the black race, I say, existed in all the pomp of the welfare state. It covered the whole of Africa with powerful nations emanating from it, possessed Arabia and had grown its colonies on all the southern coasts of Asia, and very far inland. (source)Fabre d’Olivet, Histoire philosophique du genre humain, Editions Traditionnelles, Paris 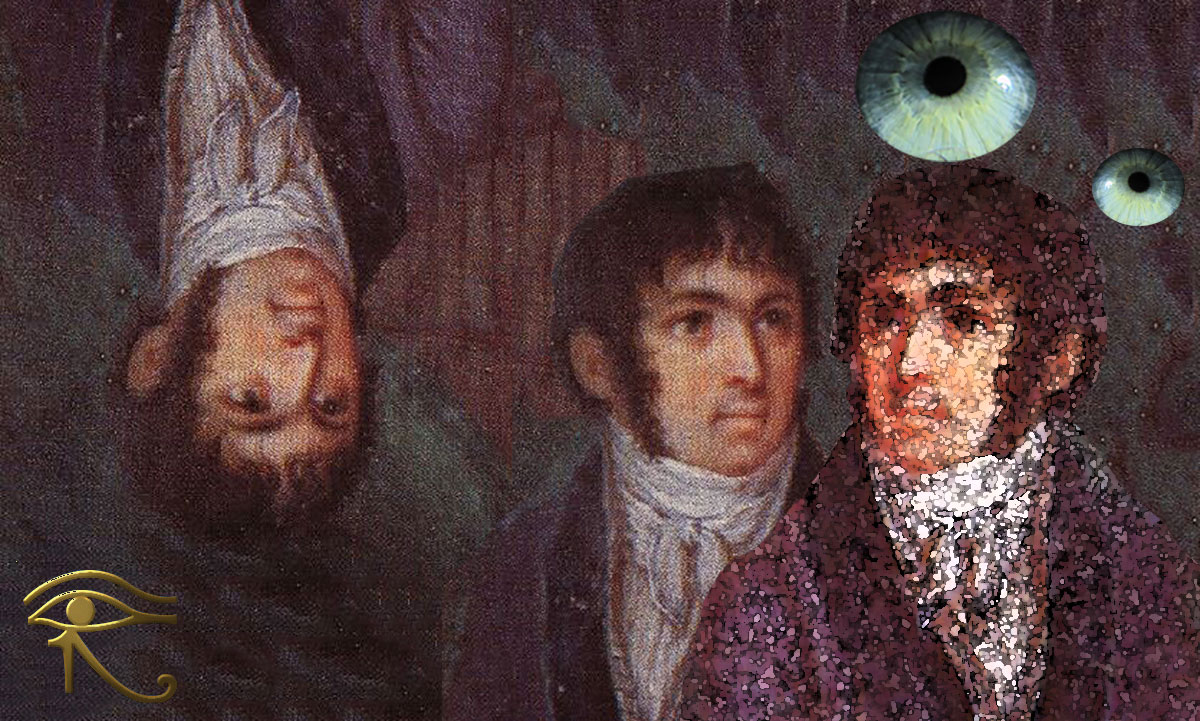 About 100,000 years ago, an atomic conflict devastated Africa. Sudeans who until then were not expansionists soon feel cramped. North of the South African lands, the Mediterranean was then much less vast than today. It did not communicate with the Atlantic Ocean. Beyond, the vast cold expanses that would one day become Europe, were populated by rare fair-skinned savages, the Boreans. Covered with snow and ice, swept away by violent blizzards, these steppes and tundras were not very attractive. With the end of the ice age, the Sudeans change their minds. These almost deserted, wild lands are now wide open before them. They are waiting to be highlighted. The Sudeans know how to do.

An infinity of monuments which carry the African character still exist today in all these areas, and attest the greatness of the people to which they belonged. The enormous buildings of Mahabalipuram, the caves of Ellora, the temples of Ishtakar, the ramparts of the Caucasus, the pyramids of Memphis, the excavations of Thebes in Egypt, and many other works, which the astonished imagination attributes to Giants, prove the long existence of the Southean race and the immense progress it had made in the arts. (source)Fabre d’Olivet, Histoire philosophique du genre humain, Editions Traditionnelles, Paris

It looks like this great initiate rejects the hypothesis of the Giants builders. He must have a good reason. From my point of view, nothing prevents these constructions from being the work of … black Giants! In his various books, Fabre d’Olivet completely eludes the most ancient aspect of Tradition, namely the five humanities. He couldn’t ignore this. If he chose to keep it hidden, it was undoubtedly because he thought that the time had not yet come. It is today.

We are the fifth humanity, the smallest in size and talent. This is why Tradition teaches us that we are dwarfs on the shoulders of giants. So when Fabre d’Olivet spoke of the immense progress that the Sudeans had made in the arts, he was not sincere. The Sudeans have regressed, like all the other races, since the distant time when the terraformers had taught them everything.

When the warmth made European lands more attractive, the Sudeans launched their armies towards Borée. Equipped with modern weapons, the South African troops had no difficulty in subduing the disorganized and wild local populations.

Some Borean clans tried to resist, armed with clubs and slingshots against the disintegrators and the rocket launchers. Over several millennia, the domination of the South extended over the Mediterranean basin first, then over Europe to the Urals, and Asia to Siberia and India.

I have explained elsewhere how blacks also conquered the Americas. This info came to me from a whole other source, but since it holds water, I quoted it. intersecting several traditional and university sources, I can say that around the year -12,000, the Sudeans reigned over the world.

Emperor Rama did nothing else. From there to conclude that he was black, there is only a very small step. I showed how Ram is the prototype from which the Indians invented the legend of Buddha. Rama / Lama is unquestionably the founder of Buddhism in India and Tibet. This long before the historic Buddha Çakya Muni, who lived in the 5th century BCE. If Rama is Buddha, what about the famous black Buddhas if not that they represent the very first mythical Buddha, namely the great Rama? 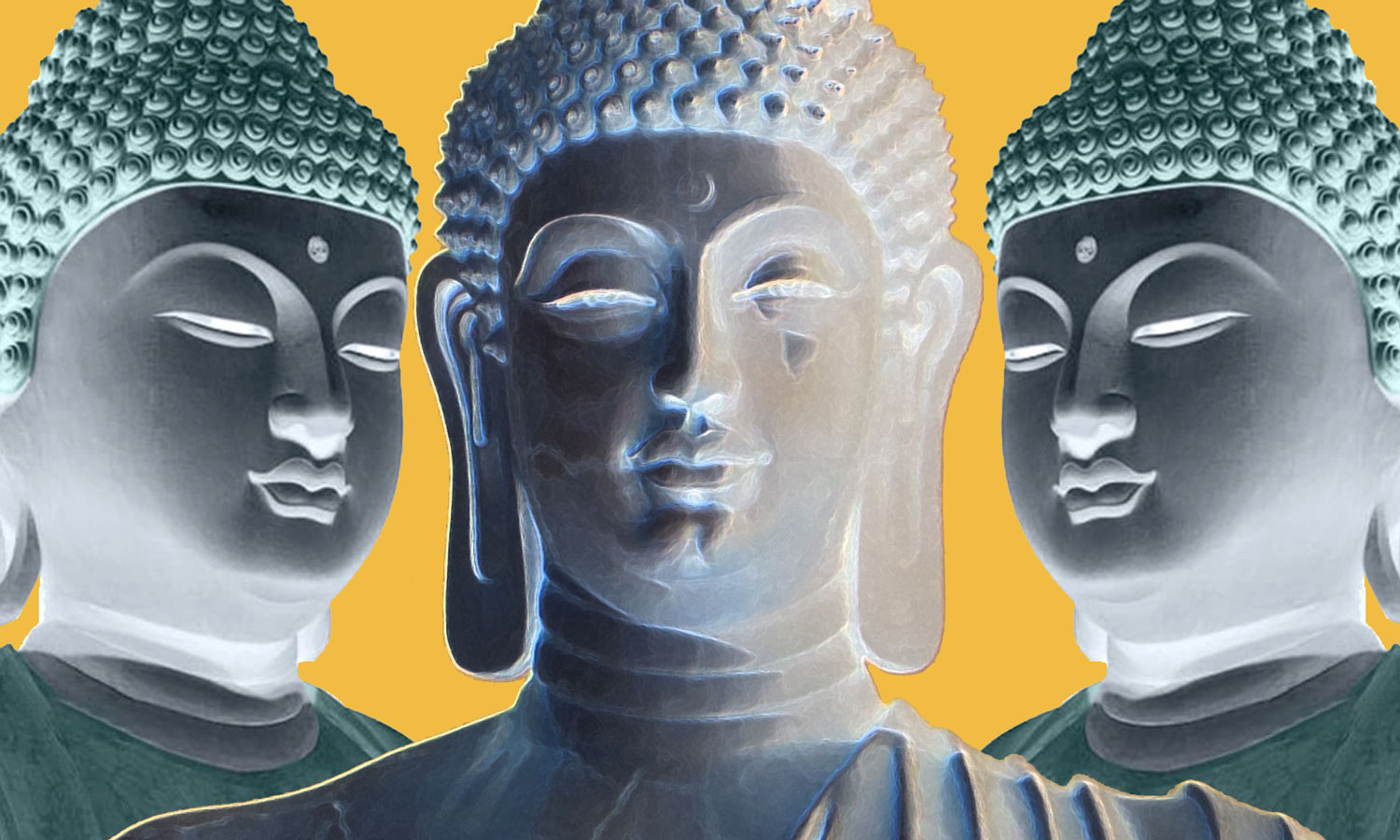 The white men saw for the first time, by the light of their burned forests, men of a color different from their own. But this difference did not strike them alone. Covered in extraordinary clothes, resplendent breastplates, these men skillfully wielded formidable weapons, unknown in these regions. They had a large cavalry. They fought on tanks and even on formidable towers which advanced like colossi, launching death from all sides. The first movement was stupor. (source)Fabre d’Olivet, Philosophical history of the human race, Traditional Editions, Paris

We bet that the Boreans took the newcomers for gods. This confusion has often occurred when too much cultural, social, racial and technological difference prevents the less educated from imagining anything else. This is how the notion of god was invented, then enriched over the millennia by the imagination and especially by the misunderstanding of the generations who had long forgotten historical reality.

What is this reality? Let’s speak out once again. The untruths have been rehearsed a thousand and a thousand times, it is necessary for me to harp on the other version until the memory comes back to you.

Every man carries within him, unconsciously, the memory of ancient civilizations. Similarly, the rock is a fragment of the memory of the world. (Carl Jung)

The one god is a recent invention, more philosophical than religious. A doubly false invention. The gods were innumerable, several tens of millions. And they weren’t gods, not in the least. They were planetary developers, terraformers. Employees of a holding company whose head office is on planet Ur of the Alcor system, in the constellation Big Dipper.

Their story is ours. All our mythologies, all our religions still tell and spread the teaching, good or bad, that these professionals have given us, in accordance with the specifications of their mission.

Some white women, whom these strangers took possession of and whose benevolence they sought to capture, were not difficult to seduce. They were too unhappy in their own homeland to have nourished love. Back in their dens, they showed the shiny necklaces, the delicate and pleasantly nuanced fabrics they had received. It did not take more to raise the heads of all the others. Many went to join the newcomers. (source)Fabre d’Olivet, Histoire philosophique du genre humain, Editions Traditionnelles, Paris

Which did not please the Boreans. Gathering their strength and their clubs, they went to find the Sudeans to claim their wives. Obviously, the Sudeans made a mouthful of it. The little whites fell back, at the height of rage and frustration. They urgently needed to learn how to defend themselves, on pain of being eliminated by the black giants. But what means did they have to defend themselves against these superhuman invaders?

Thereupon, a man whom nature had endowed with great size and extraordinary strength, advanced in the middle of the assembly and declared that he undertook to indicate these means. His imposing appearance, his assurance, electrified the assembly. A general cry arose in his favor. He was proclaimed the Herman or Gherman ie the chief of men. This was the first military leader. (source)Fabre d’Olivet, Histoire philosophique du genre humain, Editions Traditionnelles, Paris

Other sources, unknown at the time when Fabre d’Olivet wrote this text, tell us that the first king of men was the giant Gilgamesh, by his own admission. Fabre d’Olivet does not specify that he was only the first of the Boreans, because the Southean military leaders had already been numerous for ages. Its purpose here is to explain this word Herman to us. He returns to it in a very fascinating footnote, which I dedicate to Alain Aillet.

It is from this name Herman or Gherman that the names of Germans and Germania are derived, which we still give to the Germans and Germany. The root her signifies eminently, and figuratively a sovereign, a master. (source)Fabre d’Olivet, Histoire philosophique du genre humain, Editions Traditionnelles, Paris

Herman must translate literally. He’s the tall man, the giant. Suddenly, dear Gilgamesh returns very strongly in the race for the title of first king of men. As for me, I would say that the Tuatha Manannan could very well receive the title of first war chief, or emperor. His name, as I explained, makes him the ancestor par excellence.

But what am I saying? Neither Gilgamesh nor Manannan can be the first king of humans, because they do not belong to our species. Manannan is a giant of the fourth humanity, his race is that of the Elves, his goddess is called Ann or Dana Ann, and his people the Dana Ann Tuatha.