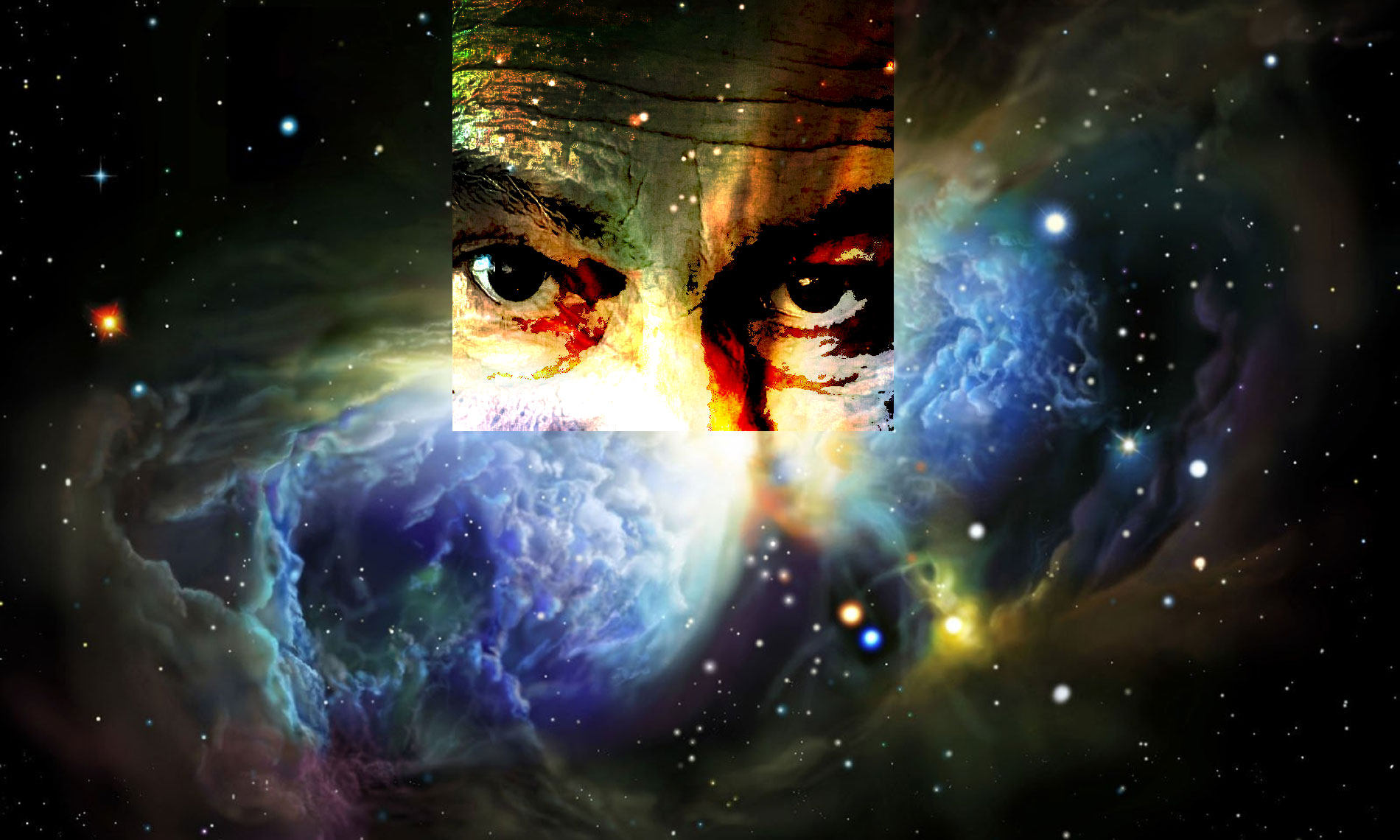 This immensity out there, so Juan Matus evokes the infinite astral. These words have made my dreams for years. A perfect description of the indescribable. All I like with Castaneda, let’s say with Don Juan. Relevance, dizziness, sobriety. Few words would be enough … if Carlos hasn’t been so thick!

This immensity out there hails and challenges me my life long. Xavier! Come see me! Come and play with me! What’s the buzz? The Source is silent. The gods are dead. Whoever speaks in my head, who is it? What is a name, a tutle, a purpose? What does he/she/it expect of me? Does h/s/t come to help me or to keep me prisoner? It is useful that I know h/s/t at last.

This immensity out there. I wandered in very often. Have I dreamed? Is this a new trap that is handed me? Am I lying in a bio-electronic sarcophagus, fed by gastric tube, totally unconscious, kept in vegetative life by the Matrix? Frankly I will feel better if all these watchmen did not have our eyes 7 days a week and 24 hours a day. Prison. We are in a prison from which it is impossible to escape alive. We will leave only the front feet. If we are not cleared before …

On the screen of control it is possible to read: “Report to the eagle, issued on May 3, 2019 by the authorities of close surveillance of the west-west sector, caliphate of Hadj-Brieuc, mosque of Erquy.” Xavier Ben Jean Ben Charles Séguin is a candidate for the breakaway, he has integrated all the constraints inherent in this process and seems to meet the strict conditions issued by the Eagle.He is 69 years old, he declares himself ready to make the big departure. After conclusive review of submitted data, please let pass. “

That’s me. I have my viaticum. I can hit the road thru infinity as soon as I have the green light of the Eagle. And there it blocks. “After conclusive review of submitted data” … I have been waiting for months, years. Since a long time. We are in 2123, I am 173! There is no reason to stop it, I stand-by, waiting for the goodwill of the Eagle, who seems quite busy … 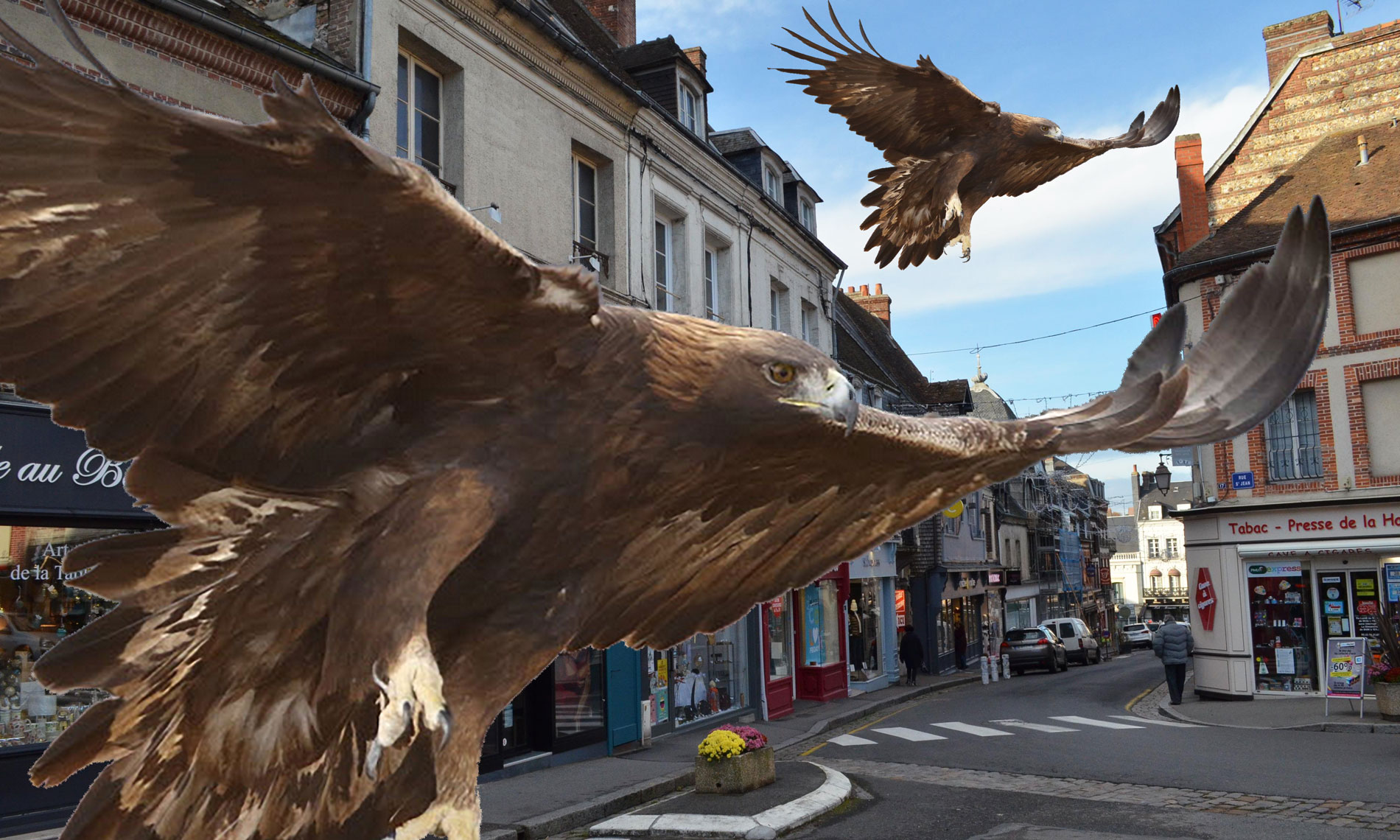 The conditions of survival on the gray planet have never been famous, it’s true. But it’s getting worse. Since 2080, the situation is deteriorating high-speedy. We eat what we can find. The mutants are legion, there were Neo, Niuz, Novelas, Nuevos, Aljadid, Novyy … It stinks. Such a stinky bad smelling scent occurs in my nostrils!

The latest comers are called NewNeoNovyy (???) they feed on human flesh. No one goes out alone now, day or night. The risks are too great. You have to join an armed posse, and carry yourself a heavy weapon, like flamethrower or destroyall.

I have so far of these atrocious conditions, I want my viaticum, I want to leave the hospice waiting, I want to try the big jump, the breakaway as they say. There, right now, before becoming completely spoiled. By the way, speaking of that, I can not believe I’m always the same. My mind has not changed for more than a century. Have I been given metabolloids and supraductives? Yes. In any case, they tried. Thousands of times. But I did not swallow anything. Blouartch! In gogues, drugs. I do not do it.

So I survived, identical to myself, say like 50 brooms, all that time, over a century, and taking nothing but my ration of survival. Very shitty. Well disgusting. Something is not normal. Nothing more normal in the drunk of this poor world who goes off in a cynical way.

Me it suits me, provided that the departure is announced soon. Do not dream. I spent my long life waiting. Nothing happened except the worst. Planned for a long time and no one has moved a finger. Serial catastrophes have fallen on the saddle as drastic as pox on the lower clergy of Brittany. R.I.P.Rest In Peace The black priests flew away. The last pope-star is dead and gone.

Damn transducer. Impossible to have it say my name. Such a sabir, fucking Moundial Frenglish. Letter-mail? Let’s see that … Geez! The seal of the Eagle !!! FINALLY…

Thus, on May 3, 2119, a full century after my request, I received my viaticum for the big jump. I left right away, you think well. I was ready for an emphyteutic lease. Iduncare, I jumped into the void and here I am. 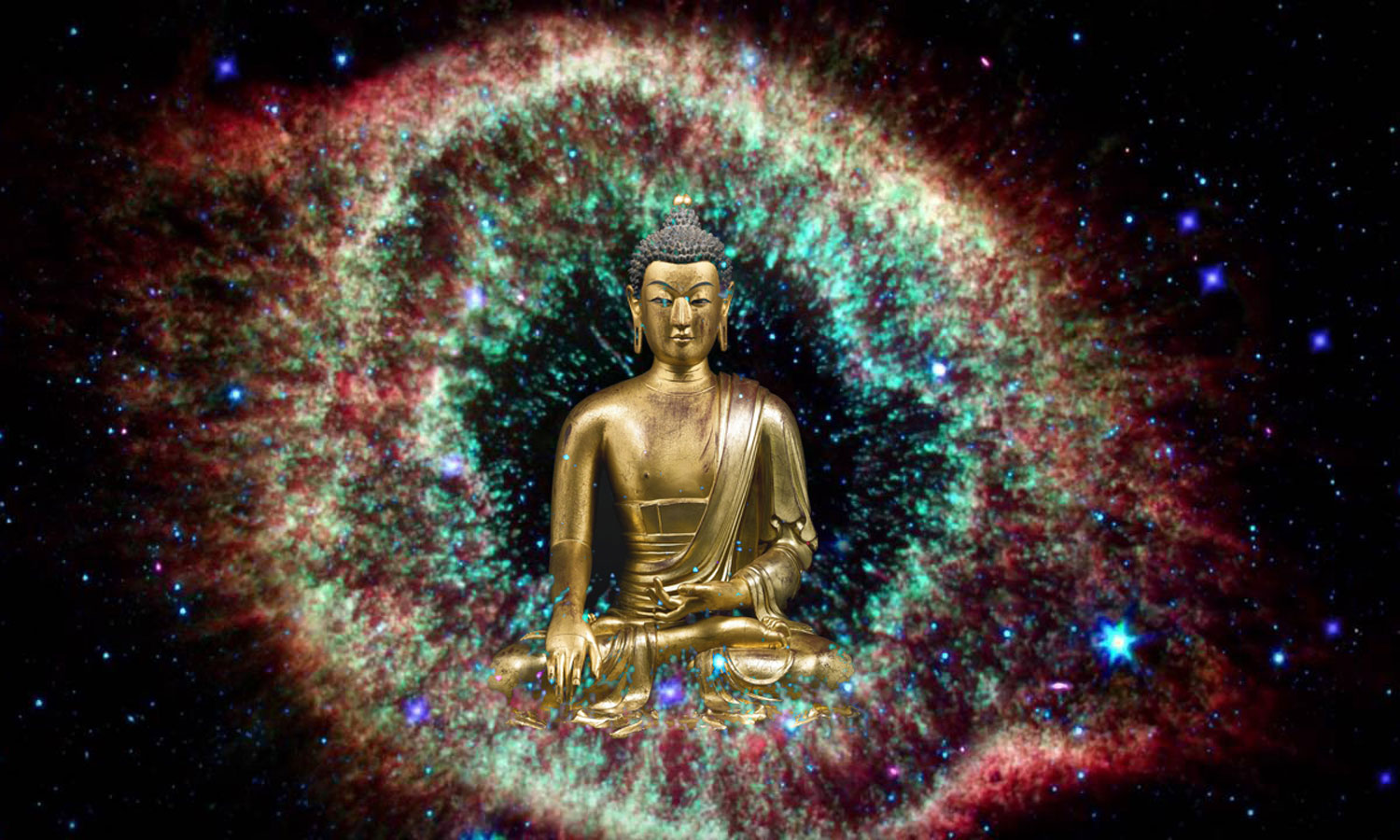 Buddha has gone too. When he realized that he was finally free, Buddha went off. Without spirit of return. Earth, basta! He already knows. Same for me. Hola, am not Buddha, but I am caring for you. On the way to infinity!

When you have a body, you’re gore. And it’s “Hello, Mom, Bobo” all the holy day, every day that God does. And God knows he’s doing it. But without a body, nothing that is embarrassing. Modesty, suffering, shame, hygiene, appearing, eating, drinking, sleeping, shitting, dressing, dragging: more keud, swept, finished all that.

We feast on nature. We are sluggish comets. Very cold, very hot, do not know. Very far, very high, ranafoot. I swallow. I’m going down. I’m racing. Everything is the same, everything is equal to me. I go through everything like a Captain Marvel. Joy of the stellar wind in my angel hair.

I’m going so fast that I’m only a point away from my luminous trail. And in this point holds the infinite. I am no longer in immensity, I am immensity. I run faster than the light while remaining totally motionless. My fist knows everything. One point is everything. Immobilis in mobile.

The story could stop there. I just broke my silver cord with my teeth. We have teeth in astral? Must believe. From now on, more return possible. No more communication either. You wonder, “How did he do it?” To which I answer: “I ask you questions?”

Respect for the great mystery of my two. Right and left. Do not choose, especially. Middle way. There are so many people on each side, it’s hot. Folies, I have so many sad smoke in my head. Sirens of a ship coming to take me away. Far from home. I have heart squared. That or something else. 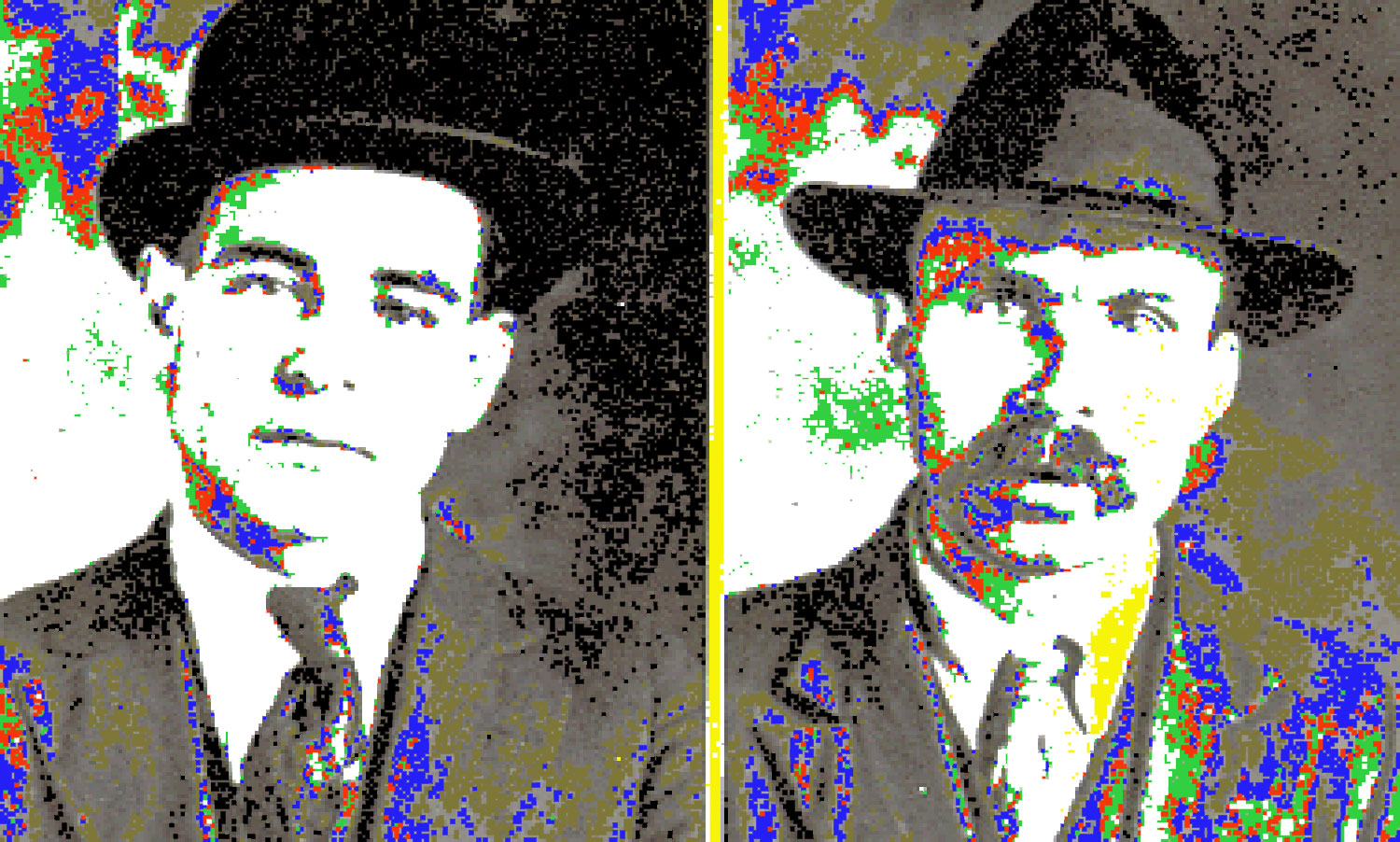 On August 23, 1927, Nicola Sacco and Bartolomeo Vanzetti pass on the electric chair of Charlestown Prison, Massachusetts. Have the two Italian anarchists been victims of a miscarriage of justice? Their trial has, in any case, mobilized international opinion. For their accusers, the two emigrants were dangerous “red” foreigners.

For their defenders, they remain the symbolic victims of a xenophobic America, seized by the “witch hunt”. (read more)

Here’s to you Nicola and Bart Praise forever in our hearts The last and final moment is yours That agony is your triumph. Ennio Morricone composed the music, Joan Baez wrote the lyrics. What look they got! What class they had! But singing it loudly through divine madness is a lot much. Beautiful tribute that does not smell cheese. Such image is a kickass.

I do not know how many eons I hung like a frog above holy water. In astral time does not count, just the intention matters. Space no more besides, not more than speed. Only intention counts. A point in infinity, equidistant from the end as from the beginning, if there is any. Without time or space, I doubt it.

– Time and space? Bah. These are categories of the understanding, articulates old Kant, the quiet crook. What does he mean by that? Ask him. I’m here. It is different. I watch you do, too funny! Ah, you hurt, it’s so hard, and it lasts, it lasts! I know how it feels, I lived that. Here we hadn’t that. No happiness, no misfortune. Cushy. Now it’s time to say bye. It’s getting late.

The old world is dying, the new one is slow to appear, and in this chiaroscuro monsters appear. (Antonio Gramsci)

I feel so far away from all that shit. Far far away. Well, I supposed so ? 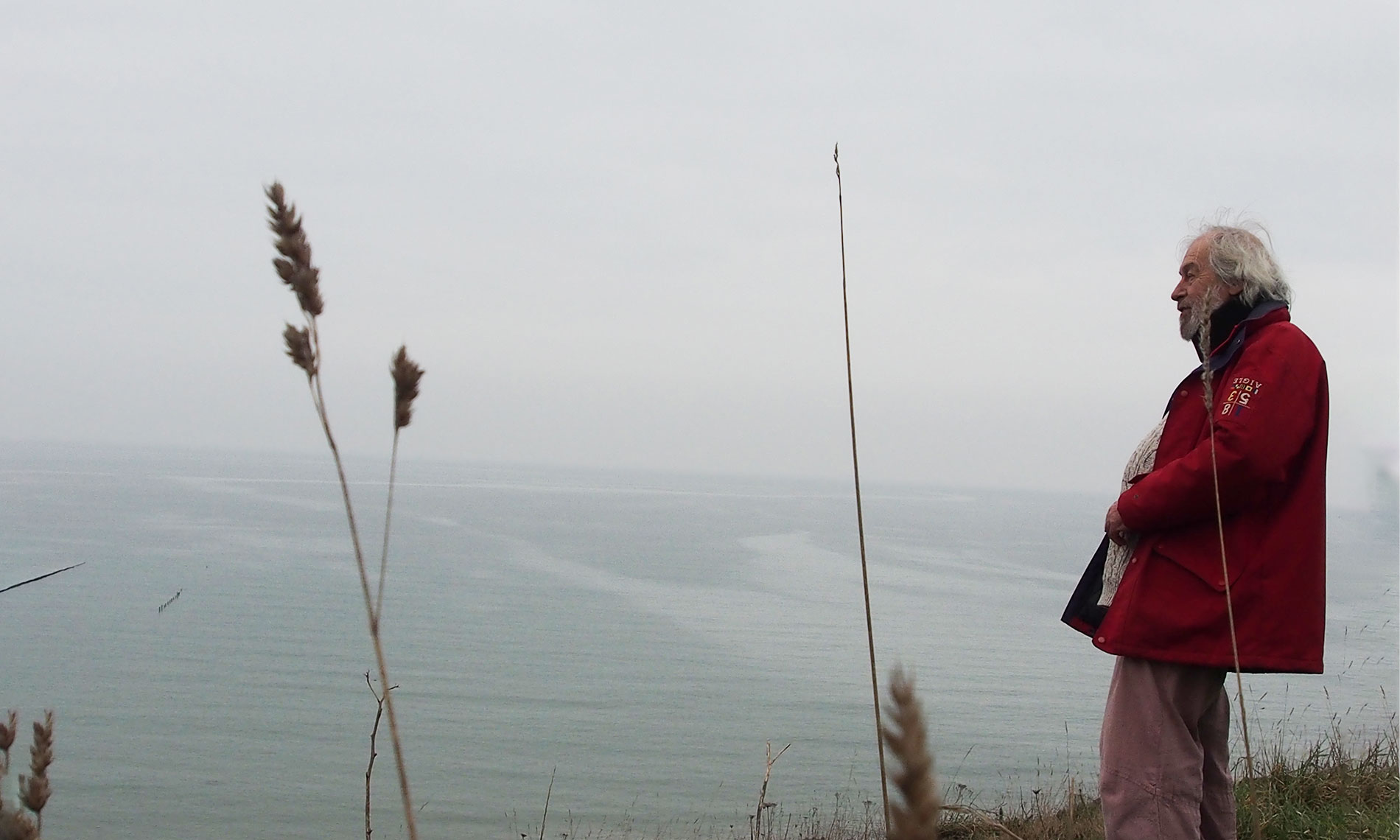 This article was first published in April 2019; I completed it and enriched it so that it sticks to the energies of the moment.