This web-user does not need mountain treks, extreme sports or fairground attractions to get dizzy. She’s just considering the vastness of the universe.

“Sometimes I make me dizzy realizing that we live, operate, exist in a Universe which we know nothing about. The universe that we believe infinite … It scares me to think that the universe is there forever … That it has neither walls nor floor nor ceiling! In the end we are nothing … just a microscopic grain of dust in the midst of millions of billions more. A small planet populated by beings of little importance compared to anything contained in the Universe. The human is only a micro-particle. We are not superior to other living beings. We are superior to nothing in this universe. We are … but we are nothing.”  (source)

Femina Lumia get vertigo by herself considering the vastness of the universe. Remember that infinity is double, and we are just in between. If we consider that the universe is within ourselves, vertigo is even greater. The myriad of micro-particles that compose us are each a galaxy of protons and electrons.

Which sent word to Rainer Maria Rilke: “The world is vast but inside of us it’s deep like the sea”

It reveals our omnipotence facing the world that lives inside us up to the infinitely small. This ineffable experience does not come immediately on the path itself. But when it comes, it’s not our greatness that dazzles us, it’s not our smallness that overwhelms us, it is a peaceful mix of both. I experience the exhilarating feeling of being a crossroads, a point. I’m just a point, indeed, but an infinite point. Fulfilling coexistence of opposites. The heady certainty of being immobile axis around which revolves the wheel of the world without drawing pride like donkeys and gurus. In front of Tyrannosaurus, where is the pride of the ant? 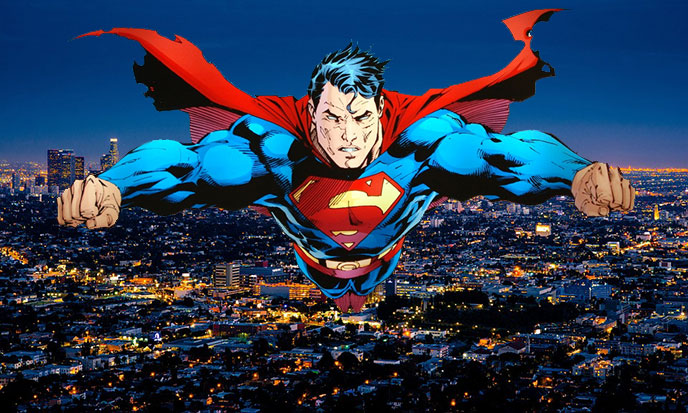 There are other metaphysical vertigo we can find out later, or not at all. The multicosmic vertigo seizes the subject that makes the concrete experience of the multiverse. Warning, this is terribly dizzy powerful. I present here the correct internal process, but I do not recommend this practice without expert assistance.

You start with the vertigo facing the immensity of the universe, then you are visualizing an infinity of parallel universes, all as large as the first, all very close to each other, dizzily. It is for you to drag you into one of them, any one, and come back to this pivotal point where you can enter into an infinity of others. No risk you being lost in the multiverse, no risk you never find your original universe.

This possibility does not happen during exploration, for your silver wire always bring you back to your body.

Our body is the anchor that allows us for sure to regain our home base: this particular universe. Considering the threshold of nothingness where all the world communicate, ours get nothing special that allows its identification. Question of feeling? Nope. You automatically return to your body, without effort, without any pain, regardless of the duration and extension of the body outing. Anyhow, that’s what happened to me every time.

In astral, there is neither time nor distance. Whether you are ten years or ten seconds out of your body envelope will not detract from your ability to regain it. The silver wire does its job no matter what … except death.

Those who would experience pain, apprehension, or any other negative emotion when reintegrating their bodies are subjects of low energy, often depressed. In this state, the body outing experiences will bring unpleasant consequences, even dangerous. I can not recommend the practice. If any doubt, forget it.

I mention the silver wire because I think that many of you know this theory, many of you use this metaphor. I could just as well have stayed in the mental universe of Castaneda, except it may be less familiar to you. For me, it makes these things a lot clearer. The Nagual warriors think that the entire universe, including the multiverse, is contained within our luminosity – that’s how they name the aura. In this visible brightness -visible for the seers- there is a particular point, saturated with brilliance. It is in our back, a dozen centimeters behind our right shoulder blade. The Naguals call it the assembly point.

It is so called because it is by this point that we perceive this particular universe which is our here and now. The Naguals say that by this point we are assembling this universe. Hence the name “assembly point”. At present, almost all humans have the assembly point at the place I indicated, which is that of reasoning reason. This uniformity is reflected in the dominant thought and creed towards the omnipotence of science.

It has not always been so. At the dawn of this humanity, 300,000 years ago, the assemblage point was more to the left and closer to the body, to the place of operative magic. Intuition and clairvoyance were the mode of apprehension of reality. Or rather realities. Getting out of your body is simply changing the position of the assembly point. Given the extreme smallness of this point in our brightness, we understand that there is room for an infinity of different positions for the assembly point.

But we have fixed it hard as iron, its position is, so to speak, engraved in marble. Juan Matus, the benefactor of Carlos Castaneda, explains that forcefully, the assembly point has dug a small bowl in the brightness of the aura. To get out the assembly point of this bowl, that’s the difficulty. But regain the usual position at the bottom of the bowl does not present any particular difficulty. It’s like being pulled by a rubber band that brings us back from where we came from. This impression of the elastic which brings us back gave, according to me, birth to the image of the wire of silver. but it’s only an image. The reality apprehended by the seers of Nagual is both much simpler and infinitely more complex. It has many similarities with quantum theory.

Still, if you’re scared to try, do not try. If you still are scared after trying, do not try again. If you find it as easy as I said, allright, go, the unknown opens its arms to welcome you. Lucky you !