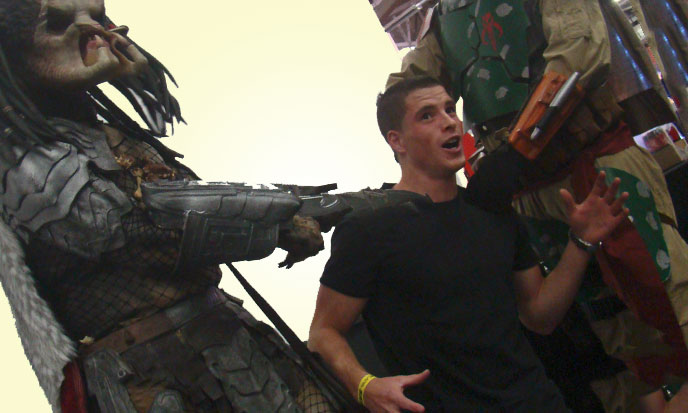 The space age inaugurates a more cosmic phase of our evolution. Looking to the stars, we look increasingly to the possibility of other intelligent life forms.

Everything has been said on the subject, including a lot of nonsense. So that everyone can be overready for the opening cosmic adventure, let’s start with an overview of the various researches on the subject.

First, there is ufology – primarily involved in collecting UFO observations that have been made for years, in drawing statistics, in comparing them and determining the characteristics of the traces left by the suspected passages of non-terrestrial entities. Then, exobiology is dedicated to the study of possibilities of life in the universe. Besides these recent disciplines,  Nagualism and Shamanism are experimenting direct meetings with non-terrestrial entities.

The quest for vision allows their disciples to reach states of non-ordinary reality, either through ingestion of psychotropic drugs, or by using proven techniques like trance, sweatlodge or sundance.

“UFO researchers have calculated that since 1977, there were over 110,000 testimonies of recorded observations , among which approximately 27,000 involve landing cases. They evaluate at over 100 million the number of witnesses of UFO sightings since 1945. In 31% of cases, their shape is discoid, but it is sometimes round, cylindrical, ovoid, etc.. Their color varies from orange red to metallic red, via white or green, or changing. In 60% of cases, their flight is silent.

The witnesses are of mixed origins: technicians are the most numerous with 20%, but there are the soldiers: 13%, the engineers: 12%, the pilots: 10%, the astronomers: 5%, etc.. Many photos were taken in all countries, and some films show UFOs in flight. All this has been shown in many UFO conferences, sometimes in some press articles” (source)Appel-Guéry, conferences but the subject remains taboo, probably because of several fake photos.

Given their importance for humanity, this essential information should be widely disseminated. But this is hardly the case. In France, victim of excessive rationalism, science refuses to venture into what it considers a flimsy fantasy. Consequently, all the charlatans can definitely develop fantastic stories that make the greatest harm to serious research. Magazines like Nexus and Top Secret are reliable enough yet…

There are four kinds of contacts with aliens. The witness saw one or some UFOs , in flight or on ground. The contacted saw an alien and communicated with him (or her). The abducted went with the aliens in their UFO and made an astral stay more or less long. “Every human being is likely to resonate with the many dimensions of the Mind. Whether we realize it or not, we perform constantly correlations between these dimensions and some energy transfers from one plane to another.


Many individuals were contacted, some remained silent, others have tried to transmit what they were told. Eugenio Siragusa, M. G. Adamsky, M. B. Meier have explained their experiences of contact or abduction with supporting evidence. They have naturally endured very heavy attacks, as pioneers are disturbing and innovators are always subject to persecution. (…) The Consul Alberto Perago described an ET contact which took place on May 24, 1962, in California.

That day, President John F. Kennedy would have met aliens in the occasion of the second phase of a program called “Operation Saras” by the aliens themselves. President Carter himself testified of his encounter in 1969 with a ship, on a document of NICAP which reads in part: “It was a UFO, there is no doubt. There are tons of official documents on that, in the secret national archives. When I am president, I repeat, I will reveal these documents.

The public has a right to know. It is likely that another stellar civilization tries to get in touch with our world. We can not close our eyes to a living though baffling reality! 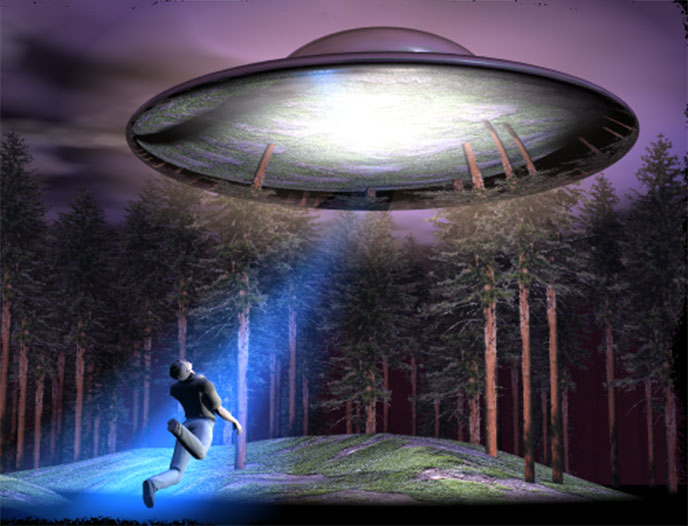 “On December 25, 1969, astronauts were expected by very large vessels at their landing on the moon, that is why the pulse of James Lowell changed from a normal heartbeat to 120 beats per minute and that the transmission was cut off ‘for technical reasons.’ In France, Dr. Philippe Scheyder presented to the press a film shot on the night of December 19 to 20, 1978, near the eastern coast of Jade island where can be distinguished the changes of a UFO in an irrefutable way, according to U.S. experts.”

It did not surprise Charles Hernu, and for good reason. The declassification of Soviet archives has since taught us that many governments know all that.

“On Thursday, June 18, 1981, in the Ministry of Plan in Moscow, cosmonaut Kovalyonok projected in great detail, before 200 Russian officials, the film describing the contact that took place 400 km away from the Earth between Salyut 6 and an alien sphere of 8 m containing humanoids with very large eyes. A multitude of examples and evidence exist to advance the contact between earth civilization and extraterrestrial civilization.”

Again, no reaction. Russians are in the know.

“The general public is not aware of these contacts because there is obviously a very strong blackout on this information. For example, the nuclear physicist Friedman revealed particularly the existence of a secret settlement punishing of $ 15 000 and 15 years in prison any American pilot giving interviews about UFOs.” (source)Appel-Guéry, conferences These information somewhat dates, since the declassification of archives has just lifted the veil on this open secret. And the situation is reversed.

Suddenly, it becomes urgent to make circulate a maximum information on the subject. Perhaps because “the great encounter” is close? “For all the contacted people, it is urgent to stop the imbalance resulting from a science without conscience.” Too much power is concentrated in the hands of men and women whose level of consciousness is very low and the sense of global and cosmic responsibility , nonexistent. But you and I, what can we do?

Everyone is free to join “groups of research and work as there are created everywhere.” Associations or forums allow you to create “a contact space where can be expressed other levels of consciousness that are more telepathic than dialectic.” Telepathy is the primary mode of communication of man. Most of the animals commonly use it. The language barrier is very recent, since it dates of Babel, there is just 8000 years.

What are 8000 years comparing to 200 million years of human experience? In this age of telecommunications, here is that telepathy makes its comeback. It will be, no doubt, the communication of the future… when there will be no more vril to run our smart phones.