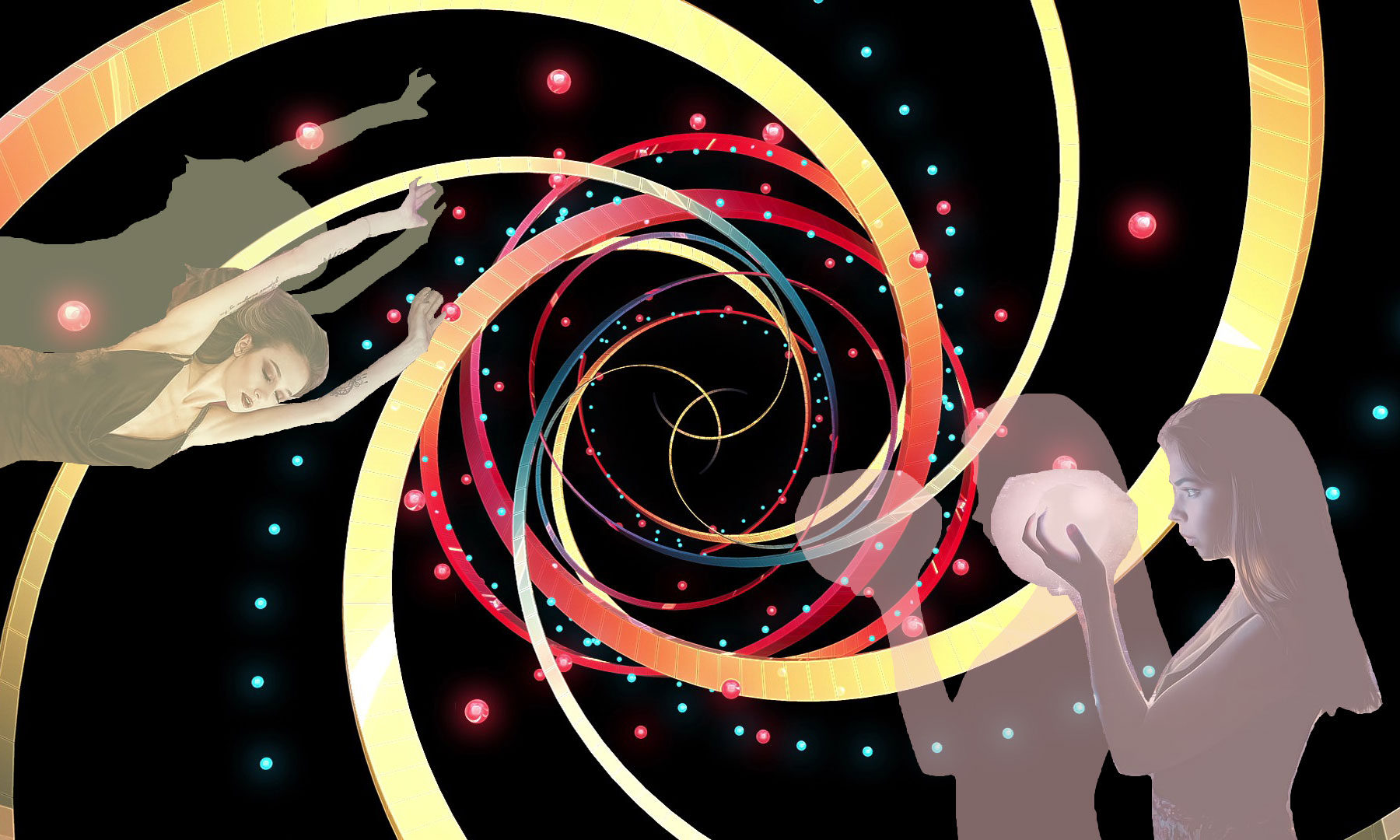 We are entitled to penetrate the consciousness of any being –living or not. We can incorporate the mineral, the vegetable and the animal, the human and the divine, the visible and the invisible, the solid, the liquid or the gas. Must we conclude that we are any of these beings?

For a sensitive person, beings are porous, the worlds overlap and interpenetrate, the various planes communicate to the point that it is sometimes difficult for this person to know where he is. Must he forget who he is, where he comes from, what order he belongs to? Should he lose his limits, and when trying fusion, getting confusion? Even if we rarely remember, we make astral encounters every night. They should not be confused with past lives.

The difference is easy to make. Finding a previous life is a process that can spread over many dreams, through dozens, even hundreds of nights of REM sleep. If so, you are returning to a previous life … or a parallel life! Unlike simple astral encounters that do not stretch in time. Our unconscious (or our soul, our double, our guardian angel …) gives us what we need, when we need it. Likewise, decisive encounters occur when they are needed. Yes, my darlings, we are guided, someone takes us by the hand and walks where we want.where he wants?

I am quite certain today, without presuming what I would believe tomorrow. If you find a famous life, Julius Caesar, Elohim, Cleopatra or Napoleon, chances are it’s not one of your lives. The enormous mass of humans have humble and modest lives, which take place in complete anonymity. These lives are not rewarding, but they are much more likely to belong to us.

It is a matter of not slipping from mad thought of the Druids or controlled madness of Castaneda into mere madness. The insane asylums are full of Napoleon and Cleopatra. Illustrious lives are mere encounters, they don’t belong to us, and will go as they came: in the smoke of dreams.

Free exploration of the various planes of the astral requires a counterpart: to depart from naivety. Like shyness, false naivety is just a screen to hide the ego. A seduction device that aims to trigger self-pity. The false naive hopes that the Living will take pity on him and say: Poor little thing that does not understand what happens to him! Come on, a good gesture, we will help!

But it does not work that way. Help yourself first, and then heaven will help you. Start by acting, instead of feeling sorry for yourself, in the vain hope of outside help. The warrior does not count on anyone, so he is never disappointed. And his failures teach him much more than success. The only victories that matter to him are the victories he wins over him. 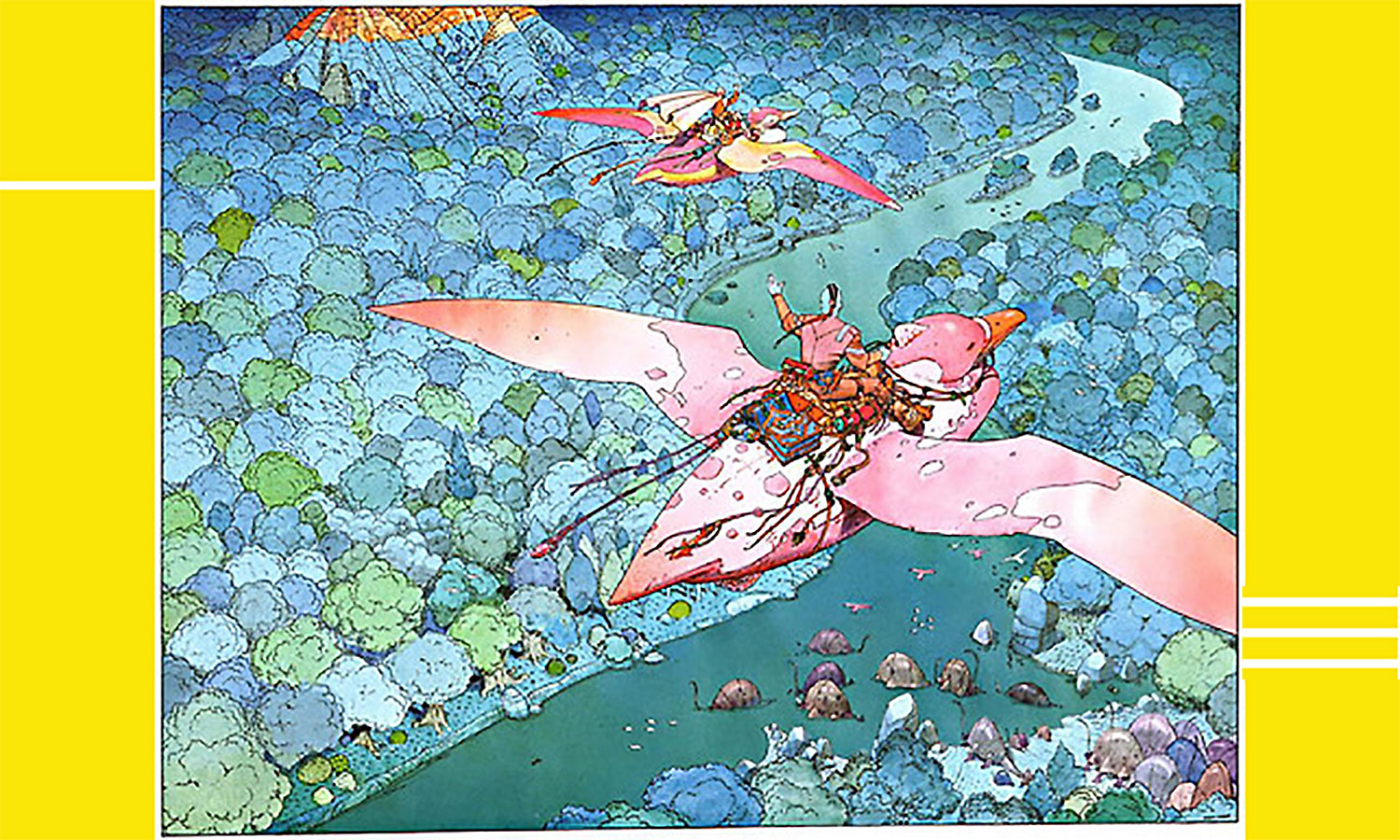 The two spheres of the astral

The astral, according to my experience, comprises two distinct spheres, within which are an infinity of plans that I am very far from having explored. The first sphere brings together all the “real” universe, the one of which our astronauts undertook the exploration. The astral traveler can go to the moon, to the sun, to the stars. It can incorporate the consciousness / existence of any living being, but also a rock, a puddle, an ocean, the wind, the storm, the storm, the lightning and fire.

When American astronauts stepped on the moon, Carlos Castaneda could not help talking about it with Nagual Don Juan Matus, not without a certain pride for the feat accomplished by his American compatriots. Matus the Mexican just laughed. “We wizards, we can go to the moon every night if it sings, and without rocket, without special dress, without NASA.The only difference with your astronauts is that we are unable to bring back the most little pebble.” (source)

The second sphere is even more amazing. It is no longer in the known universe, that which we call, wrongly perhaps, the material universe. This sphere brings together all the parallel worlds and all the subtle reality planes that make up the multiverse. My preference is resolutely towards these strange worlds. An inner voice repeats to me that the future is to look for there. A there that is very close, very close. He starts at the next door, even worse, he is here and now. Here is here.

In one of his books, the brilliant Jean Ray evokes a guy who does the same thing every day to go to work, and all the same in the evening, backwards, when he gets home. This guy never makes the slightest difference, like Immanuel Kant who was so precise and regular that people set their watch in its path! And then one day, the hero Jean Ray slip a little and misses. This step puts him out of his way. Oh, hardly! But that’s enough to get him into a parallel world without warning. 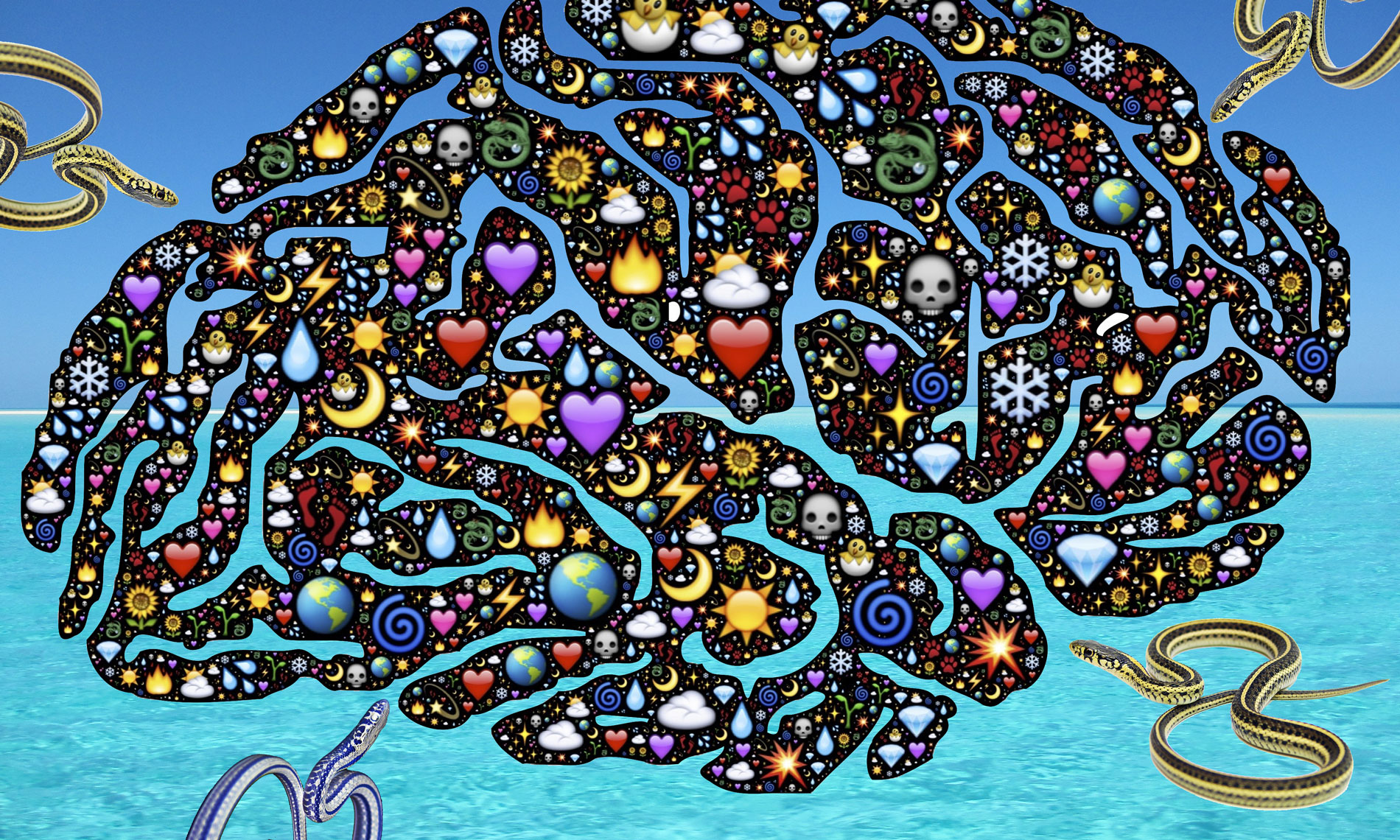 There are hundreds, millions of parallel worlds accessible from your here and now. A life of sleep and astral travel would not be enough to explore the thousandth. A trick, however, can accelerate the visit. Thanks to this thing, I got to explore it ten times more, and even a hundred times more than I would have done without it. Would you like to know him? Why, since you already know him?

This thing, a block-buster from Hollywood gave it to all its spectators. It is up to them not to attach importance to it. Everything is significant in the search for light. Neglecting a single detail can ruin the efforts of a lifetime. Fortunately we have nine times nine. Better than cats!Cats have nine lives only

The great secret of Inception

This thing, yes, you already know it if you saw the film Inception. We can wake up in his dream. And when we succeed, the space-time we find ourselves in this between-two-dreams is a parallel world in which time flows ten times slower than here. And if one manages to wake up in the dream of the dream, the parallel world where one wakes up makes the time flow ten times more slowly. And so, a hundred times slower than in the normal world.

There are lots of things and interesting facts in American blockbusters. These pearls are cleverly hidden under the usual bullshit, recipes of global commercial success. But Hollywood screenwriters are generous. If they sacrifice to these tics of writing, their scenario is not limited to it. We must look for the words behind the words, the images behind the images. Many of these films are initiatory. Some hold philosophical tales or history-teaching dear to the Sufis. The truth is everywhere, really everywhere. It dazzles us especially when we do not seek it.

And here, paf, I ask the question that kills: are you so sure to exist? Are you something else than an algorithm in another’s dream? Is this rickety bazaar called the world nothing but a computer program? When you think you’re dreaming, you pinch yourself. It’s silly. As if we could not dream that we pinch ourselves, dream that we feel the pain, dream that we live and dream that we die. Matrix, Inception …

There is no limit to the powers of the mind because there is no matter, just vacuum sprinkled with microparticles in a ballet of light and energy. It’s not the energy that’s missing. Neither light. Why stay alone in the dark? Dreaming your life to better live your dream. All dreams become true, that’s the time that wants that. We benefit. It won’t last centuries.

Astral travel fascinates and attracts a growing number of sensitive people, as evidenced by the emails I receive every day. Many report incapacitating blockages. Dare! And it will work. Getting out of the body is easy, you do it every night in your sleep.

But the exit of the conscious body is more delicate. Go ahead, I promise you it works. Easy to say, you answer. I therefore imagined providing efficient assistance to prospective travelers. For that I started a new scalar group,  scalar practice. Read the article, subscribe, you will have my full support and this help should be enough. 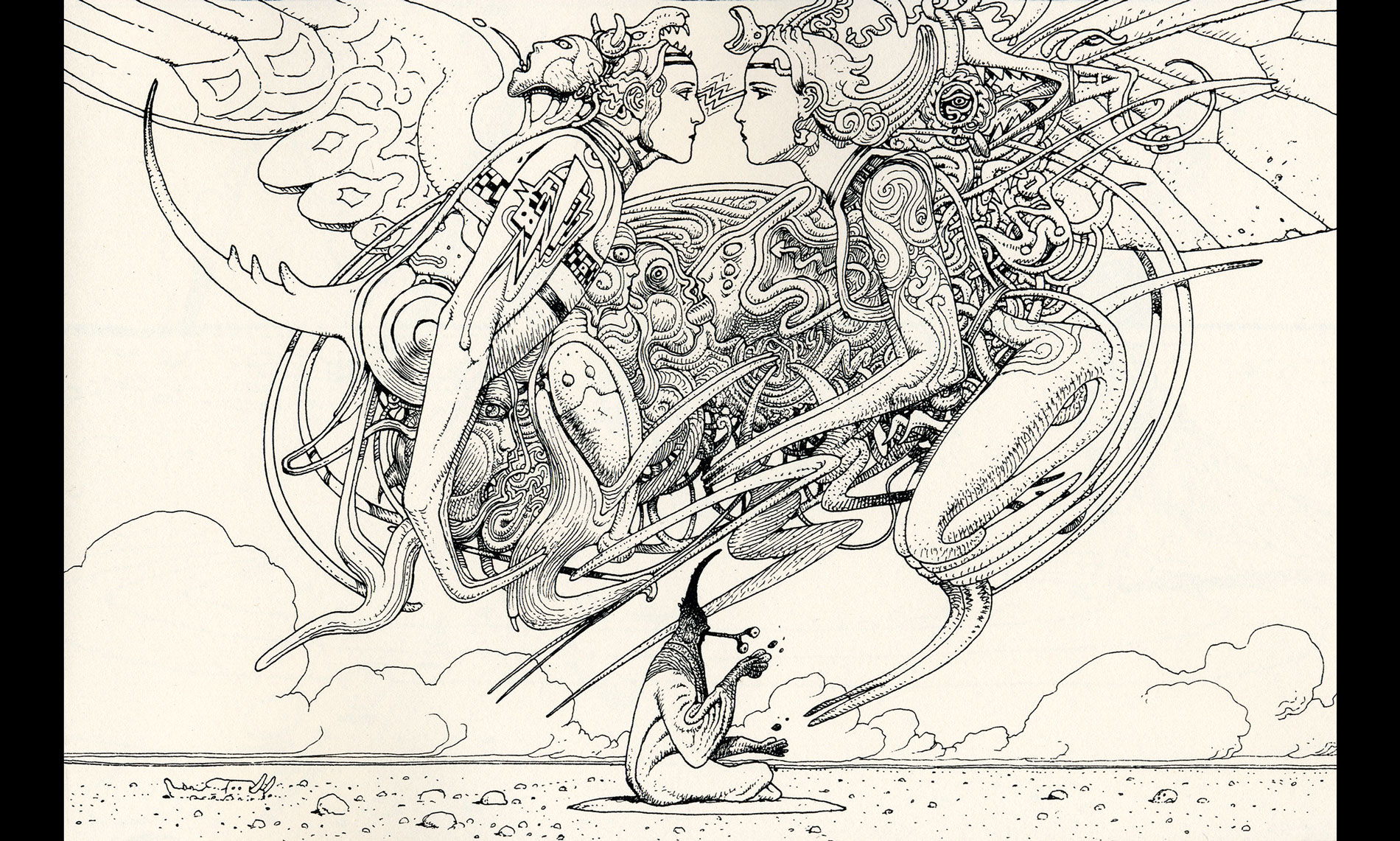 You can not create a new future if you cling to the past.