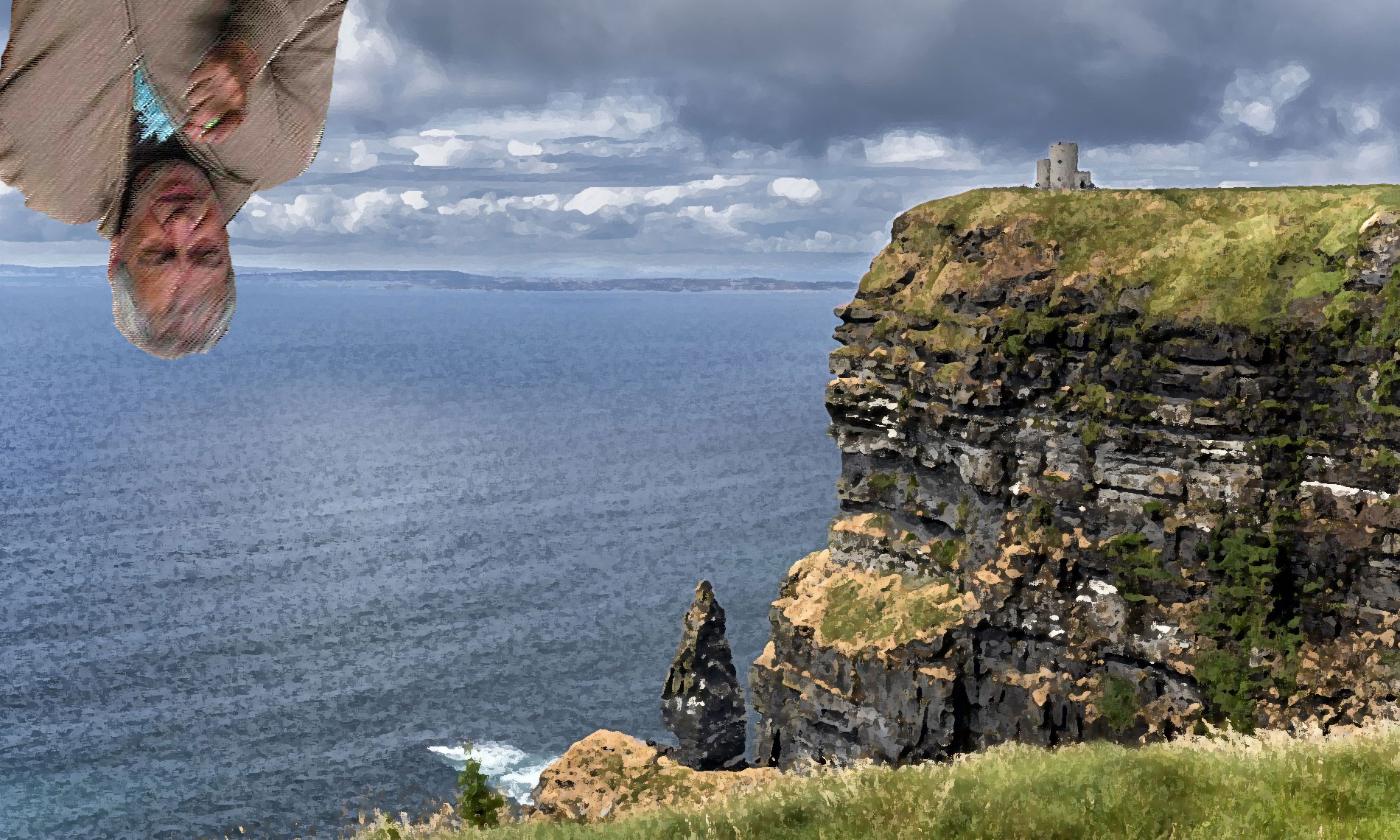 I have known many exceptional women. Tonight I remember Amy. Our relationship was brief, technical, intense. This Australian woman has always had a dream: to visit Ireland, the land of her ancestors. There she spent three crazy weeks. Wen she came back, I could feel the wild splendors of Green Erin when I touched her body. I was lucky enough to avoid vacation photos. A fabulous overview she offered me instead.

This story dates 20 years back. The astral journey was not as familiar to me as it is. I sometimes stay on both worlds for whole days. It’s like drunkenness, but it does not diminish reflexes. It makes them more lively and safer. There is no time in astral. One can react instantly. One can adjust the time and duration as one wishes. It is very convenient, and it can avoid tragic accidents.

In the 90s, when my body exits multiplied, I was conscious of flying, but I did not have the consciousness of my physical body, which remained abandoned, without my control. I spoke to Jean-Claude Flornoy. I feared it would happen to me at the wheel, and that my physical body, reduced to its simplest governance, could not avoid an accident. Jean-Claude has fucked my mouth, as usual.
– When you leave your body, it is not delivered to itself. You studied this in Scientology, it seems to me. The body is still controlled by your brain. The most basic part, the reptilian brain, manages the physical behavior. It’s his job.

He is right. Lafayette Ron Hubbard calls it the reactive mind. For this rather foolish mind, all the parameters of a given situation are equivalent. A = A = A = A, added the founder of the so-called church of scientology. The reactive mind is probably a stupid robot, but that’s enough to drive a car. Even if this basic brain is untrue to choose the best route, it ensures the safety of driving, that’s the main thing.

I know all that, I’m not reassured. Still more moron than my reactive mind! Most of my body exits happen without warning. They obey a logic and a will that is not always mine. When I program a body outing, I manage to lie in my bed, doors closed, so as to minimize the risk of physical slippage. In the astral adventure proper, I trust my mind to make the right decisions during the flight. But it’s not so simple, especially because of dizziness, as you will see later … 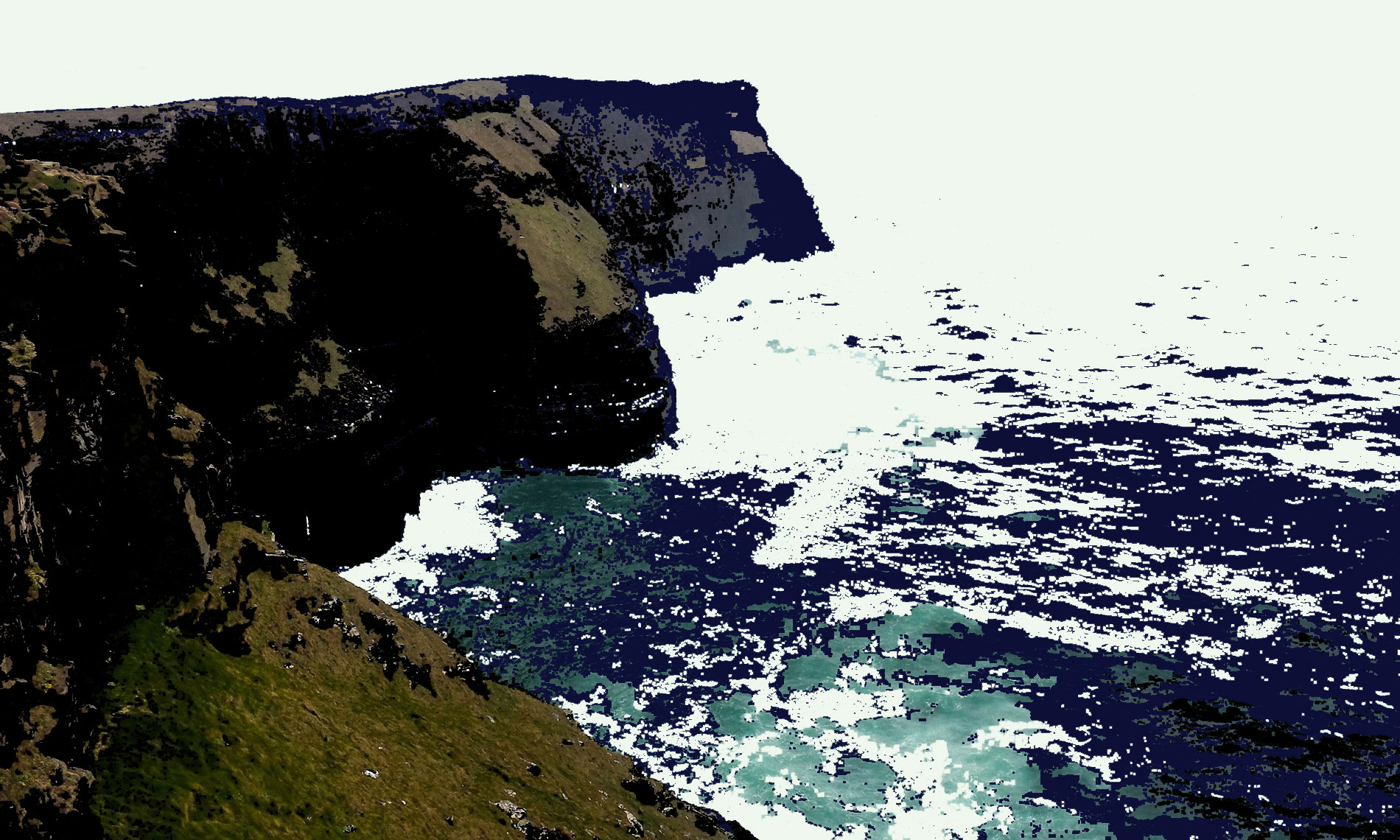 Amy threw herself on me. She wrapped me with a million images, scents, impressions, nostalgia and caresses all Irish. For a moment I saw her redhead. With mint green eyes in a cloud of freckles. This girl loves Ireland, she proved it to me. While we were making love, she came out of her body right after her first orgasm and she helped me join her. I followed her in her world, amazed. Already we are high in the sky. The curved horizon makes me guess the altitude. Astronauts of the future!! 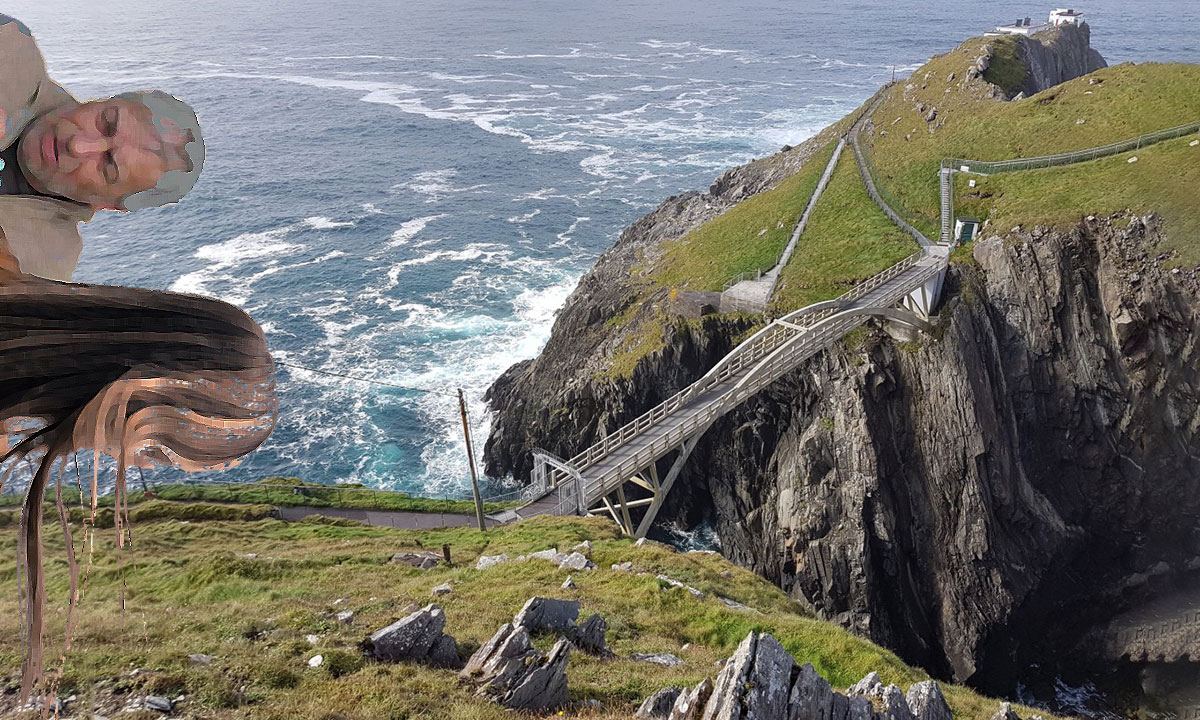 She takes me by the neck – yes, it’s weird, I know, in any case it’s the impression I have. Throughout the trip I would have this feeling of his grip on my neck. She holds me well. It is she who drives, as the rider drives his dancer.

What a dance where she trains me! We got closer to the ground. I can see Brittany, the Channel. Everything is blue. I see white horses on the sea. Here comes the green: Ireland! We are getting closer. White horses again. She shows me villages, white horses, cities, white horses, churches, white horses and castles in ruins. She shows me pubs and inns, pints of dark beer, happy faces, she makes me hear typical songs, conversations, animated that I understand perfectly without knowing the language – I even have a right to a guided tour of the Kilmore Abbey, or another. Magical. 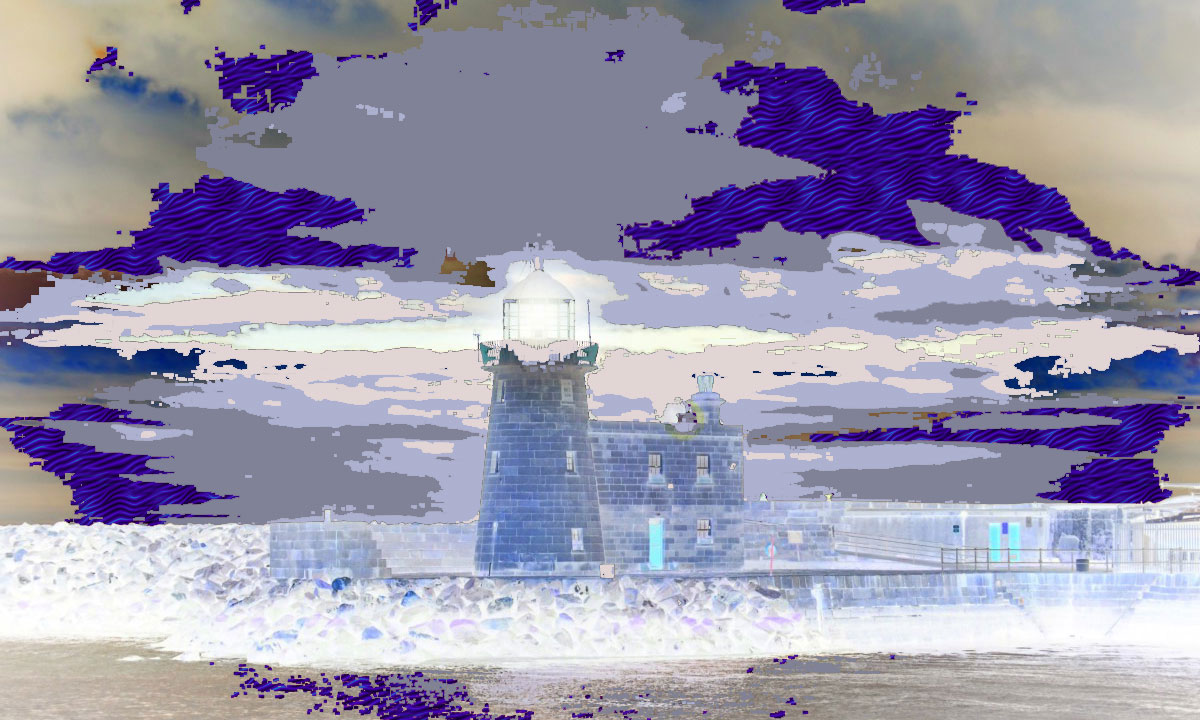 I hover at the speed of light. I am dizzy, amazed. An indescribable happiness makes my electrons vibrate. I wriggle like a dog waving its tail. Yet my physical body is somewhere in France, on a bed. What is he doing ? I have no way of knowing it. Besides, I do not care. The hallucinating speed that Amy brings me does not stop me from seeing everything, feeling, feeling everything. Oh yes it’s magic. An ordinary magic that I do not have. Amy tells me, I appreciate it. Always I want to keep this precious gift of power. 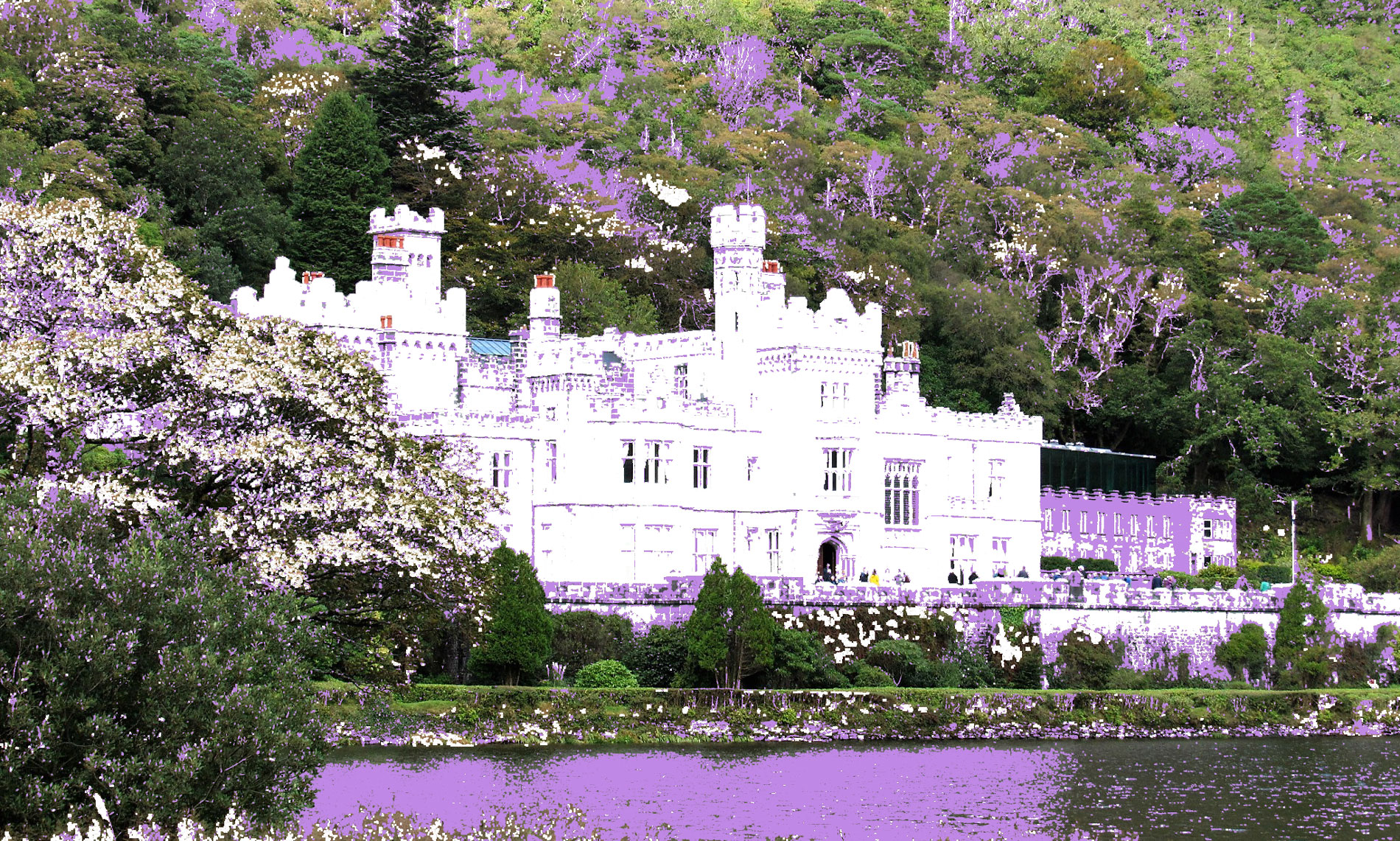 Thanks to this three-week trip that lasted only three quarters of an hour, I have precise memories of this country where I have never been. Finally, if I went astral, with the best guide possible. His ability to evolve in astral and to take me there at his pleasure testifies to a rare virtuosity. This witch had a long practice of this technique. The flight of the warrior had no secrets for her. I received the teachings of a great specialist, I try to imitate him – even if I despair of one day reaching his fluidity. Women have a matrix, which will always be missed by male wizards in an attempt to match their prowess with ordinary magic. 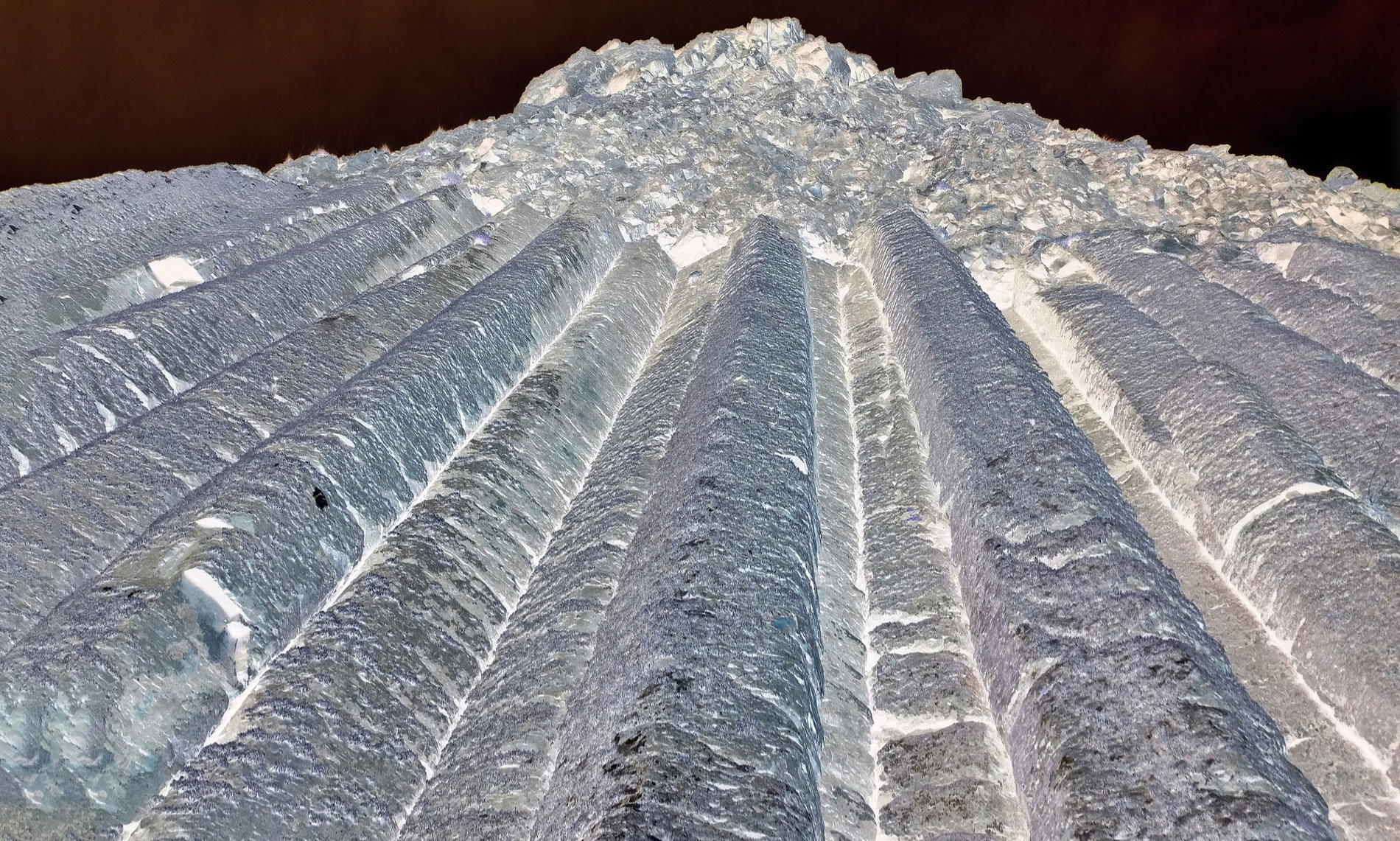 I have visual, sensory memories, but very few names, words, sentences. With Amy, it was a live show. I can not replay the film without reliving the incredible sensations that gives the astral flight. Just figure out: I was conscious, but I didn’t drive. Someone else, my dear Amy, had taken control of the space-time super-shuttle and I was forced to endure her voltes and loops. The sensation of vertigo was not absent. 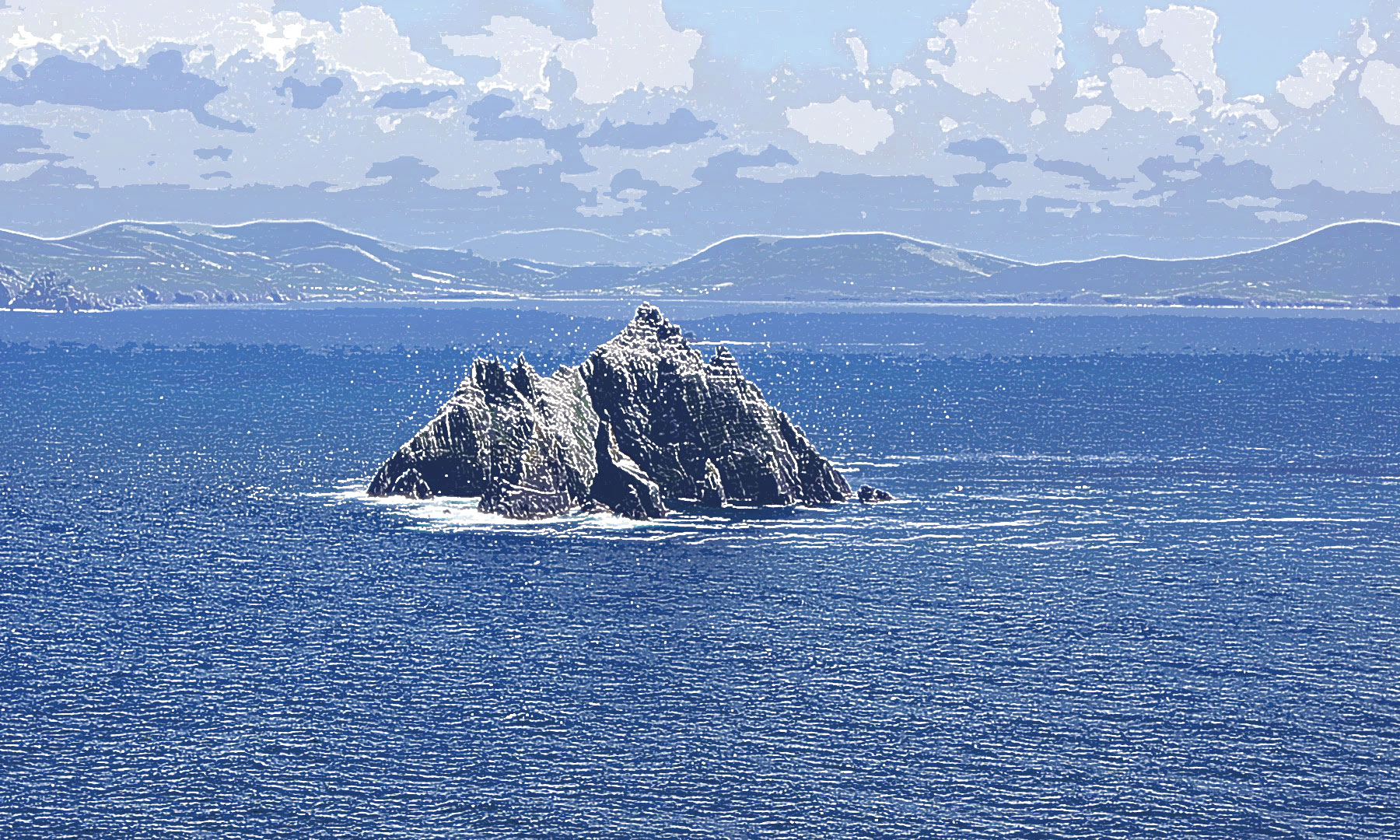 Amy was moved. A sorcerer of my class who is a child dizzy for her, it sucks. I agree, although I know where it comes from. Not a vertigo of a kid, but vertigo for a kid. Shade. She took me to the crazy speed she likes on the sacred hill of Chartres, to the top of the highest spire of the cathedral. Its edges have a kind of steps, to facilitate the climbing of masons to build or fix it.

As I stared at these stone projections, an overwhelming vertigo gripped me, because it was becoming too real. I thought I saw the acrobatic masons, I was freaking out for them, god name! I saw every detail of the stone, and even, I remember, a marine shell fossilized in limestone. The astral, my friends, is quite real. That’s for sure.

One can make love in the astral world, one can be hungry and thirsty, one can even afford the most violent vertigo. Which unfortunately did not cure me.