As we already said, The teachings of Don Juan is the first book of Carlos Castaneda. It is also the only one that mentioned the use of drugs as a part and parcel of mexican sorcery practices. No surprise!

This fact is well-known, as the recent ayahuasca tourism clearly show it. However, Juan Matus will explain later on that repeated use of psychotropic drugs was only fit for Castaneda: “I had to use drugs because you were too stupid to understand otherwise. I need all that crap to open your head. But you are my only drug-user pupil. Drugs are only helpfull for morons like you.” Could we say all the ayahuasca users are morons? Yes we can!

Anthropologic essays or adventure novels, Castaneda’s books are not equally interesting. One day, Castaneda went out of the way with a heart. The great author and writer became suddenly a mythomaniac egocentric erotomaniac fool. Instead of helping his readers’ progress, he tried harder to take their money and run. In that purpose, he invented right away kind of mexican yoga he called “magical passes”, a quick way to get easy money. Now the moron became a crook.

That is why his last books could well be called “lost impeccability”. For a warior or a sorcerer, to be impeccable consists to do any job the best he can, without considering any obstacle. By practicing this impeccability in every acts of usual life, the truth seeker receives impersonal help from Living Spirit. It looks a bit like grace for Christians, except the fact there is no god involved. By the way, it is completely different!

I mentionned sorcerers. In Europe, this word meant danger. And still it does. Elsewhere, particularly among natural or wild people, the sorcery is respected on account of its true powers, its inner victories and the total commitment of sorcerers. They heal soul, they heal body. Comparison is not reason: let’s get out of religious context, which is unproper. Let’s say that the warrior’s help resemble what psychoanalyst Carl Jung called synchronicity: something that happens like a miracle, the right thing in the right place, just what you need and when. For Jung, synchronicity comes from unconscious. For Juan Matus, it comes from warrior’s personal power. For the sighted or for any researcher, impeccability is the condition of all interpretations of clairvoyance, as well as visions or ruins, artifacts or antique texts. A good understanding means both prudent and open mind. 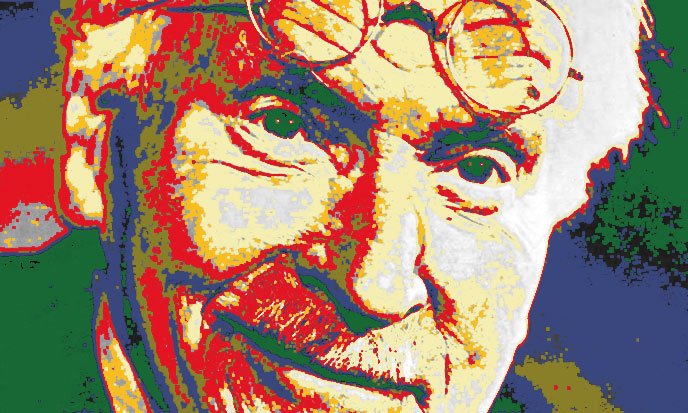 For the truth seeker, impeccability means not to interfere: in the sight of past events, not to project his 21st century peculiarities.  He must be unbiased, as far as possible, and build his hypothesis with all the resources of his creative imagination as Henri Bergson said, all the resources of his sight as Carlos Castaneda said. Moreover he has to validate and corroborate them with the most impartial mind. That means a lot of qualities, some of them contradictory. Above all, please remind impeccability has nothing to do with morality. Castaneda’s masters spent a lot of time to show that. One fine day, Carlos was walking around with Juan Matus in the beautiful mexican bush they called chaparral.

Then the nagual apprentice pick up a snail on the path and put it in a safer place. Matus protested: a warior never imposes his help to anyone, not even to a snail. Who are we to fix other people’s destiny? By moving the snail, Castaneda might have stolen to this bug a meaningful victory. The pupil felt sorry: “Never mind, I will put it back” said Castaneda. “Please don’t,” said Juan Matus. “You made a mistake first, don’t add another one.”

Paradoxically, while here Juan Matus respects the free will of a snail, on other occasions he shows a total lack of respect for the free will of his pupils. Among his tricks, Matus owns the Nagual shot. It is a light pat on the luminosity of the subject, which has the effect of moving the assembly point. He never asks permission before intervening this way, because he wants to shock – while posing an act of heavy consequences for the future apprentice. This is how the sorcerer puts in his bag the beings he chooses. Some of them rebel: Juan Matus left his benefactor for ten years, I left mine for ten years too … But the duration is not important: it takes just the time that the disciple understands the challenge.

Don’t look for any god nor moral principles in nagualism.  Sorcerers experienced a blind, universal, everlasting Power they call Energy, and an impersonal but reactive principle called Intention. With its own intention, a sorcerer/warrior attracks impersonal Intention, which pours in him flows of Energy. Intention attracks energy like a metal conductor attracks lightning. When he receives cosmic energy, the warrior is connected with the Whole Cosmos. Then he starts experiencing lucky issues and puzzling synchronicity.

Each of us has to learn how to attract luck.
Holiness doesn’t help. Impeccability is the answer.

The practice of Castaneda is all but a religion. It’s not a doctrine. It took me when I was 20, I found it again when I was 40, and I kept it until now. It is a state of mind. A way of life. A philosophy of action. The warrior who chooses this path does not choose once and for all. Every moment, everything is questioned. Everything, that is, your life, your death. What you believe, what you are, nothing of all this evidence will long resist the practice of nagualism.

It needs no temple, nature is a temple. Your house is. And your body too. It needs no priests, there are sorcerers and warriors, you will find them in your way when the time comes. There is no method, the books Casta are enough. They gives us a wavelength, they connect us to another reality, he calls the non-ordinary reality.

“Nature is a temple in which living pillars
Sometimes give voice to confused words;
Man passes there through forests of symbols
Which look at him with understanding eyes.” (source)Charles Baudelaire, translated by William Aggeler 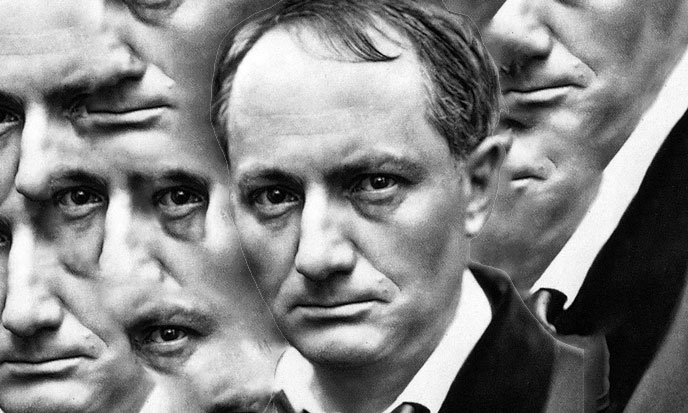 Nature is another word for life. The only worthwhile life: wildlife. By dint of living in cages and around in circles on concrete, which still knows the weight and violence of nature? Nagualism practice is to renew the link with ancient pact and follow the Rule. Besides, you have no choice. This rule could be rude.

I wish the earth stops to go down.