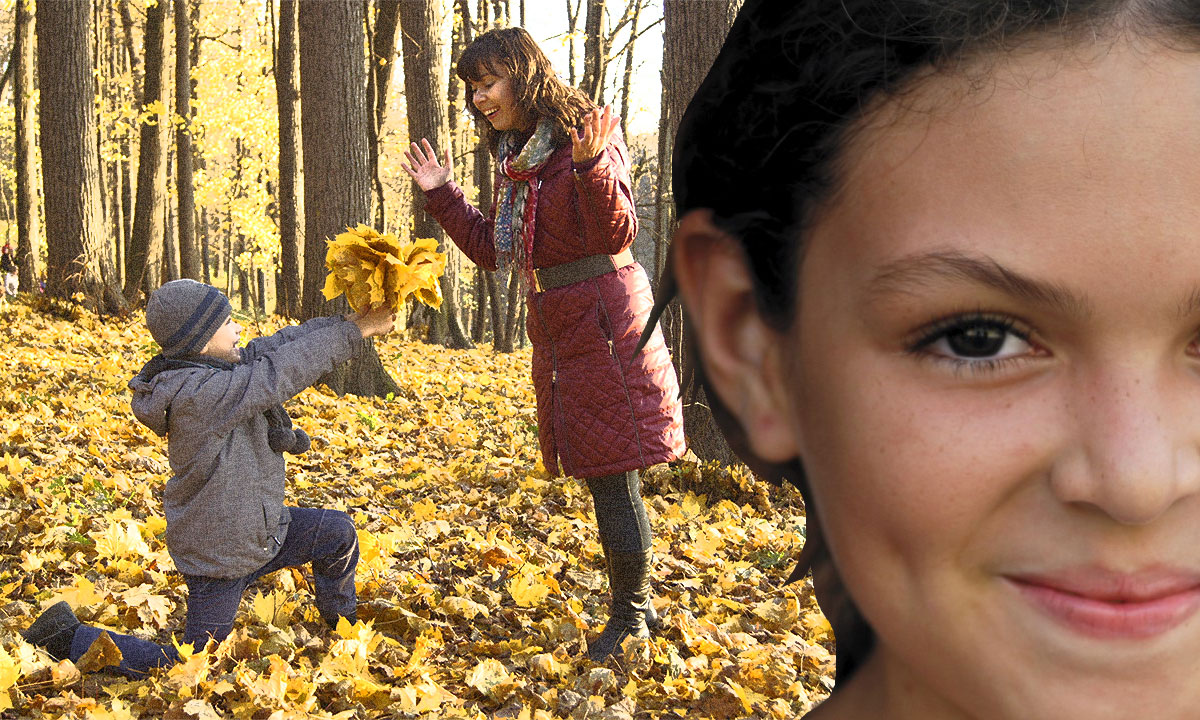 The healer must protect himself when proceeding to a healing. It’s been a long time since I wanted to write this page – always postponed. But too many cases are pushing me. There is urgency, the number of spontaneous healers is increasing day by day, and I have to help them protect themselves.

He who has healed forever will find these tips useless, even childish. I am speaking here to those who discover in them the power to heal and who take action with generosity and self-sacrifice, without even thinking of the dangers inherent in this noble practice. I practiced healing as a teenager. Having noted without emotion that I could remove the fire and erase the wounds, my companions kept asking for my services, which did not cost me much.

Time has passed. My only concern was that of my compadre Alain Souchon, “to see under the skirts of girls”. And maybe more. , Many years later I found my gift intact, even multiplied. A friend talks to me one day about this woman who is dear to her and who is dying of cancer. “Heal her,” she said. I was amazed.

I had never spoken of this gift to anyone, for the good reason that I had properly forgotten it. Driven of my memory and my life. This friend was a woman of knowledge. She had seen in my aura the power I had, which slept useless. Touched to see this woman she loved facing death, she shook me and kicked my ass. I appreciate. It happened more than twenty years ago, and since then I’ve healed a lot of deadly trash – thanks to her.

My reunion with healing will make more than one healer laugh. I quickly understood how I could suck pain and hurt with my palm. The direct contact was not necessary, I always preferred to work on the subtle body, which I perceive as a second skin a few centimeters above the epidermis. Initially, I absorbed the pain in the hand, blocking it at the elbow to prevent it invading all my body.

Obviously, my forearm was numb for a longer or shorter time, depending on the severity of the pain I had removed. It took me almost a year to understand my mistake. I did it in two stages: first, I stopped the aspiration at the level of my wrist. As a result, my hand was numb. Finally, I understood that the aspiration was to be limited to the surface of my skin. Nothing, absolutely nothing foreign must enter my physical body. Since I’m better off. But see how you can be a moron, especially when you think you’re smart! 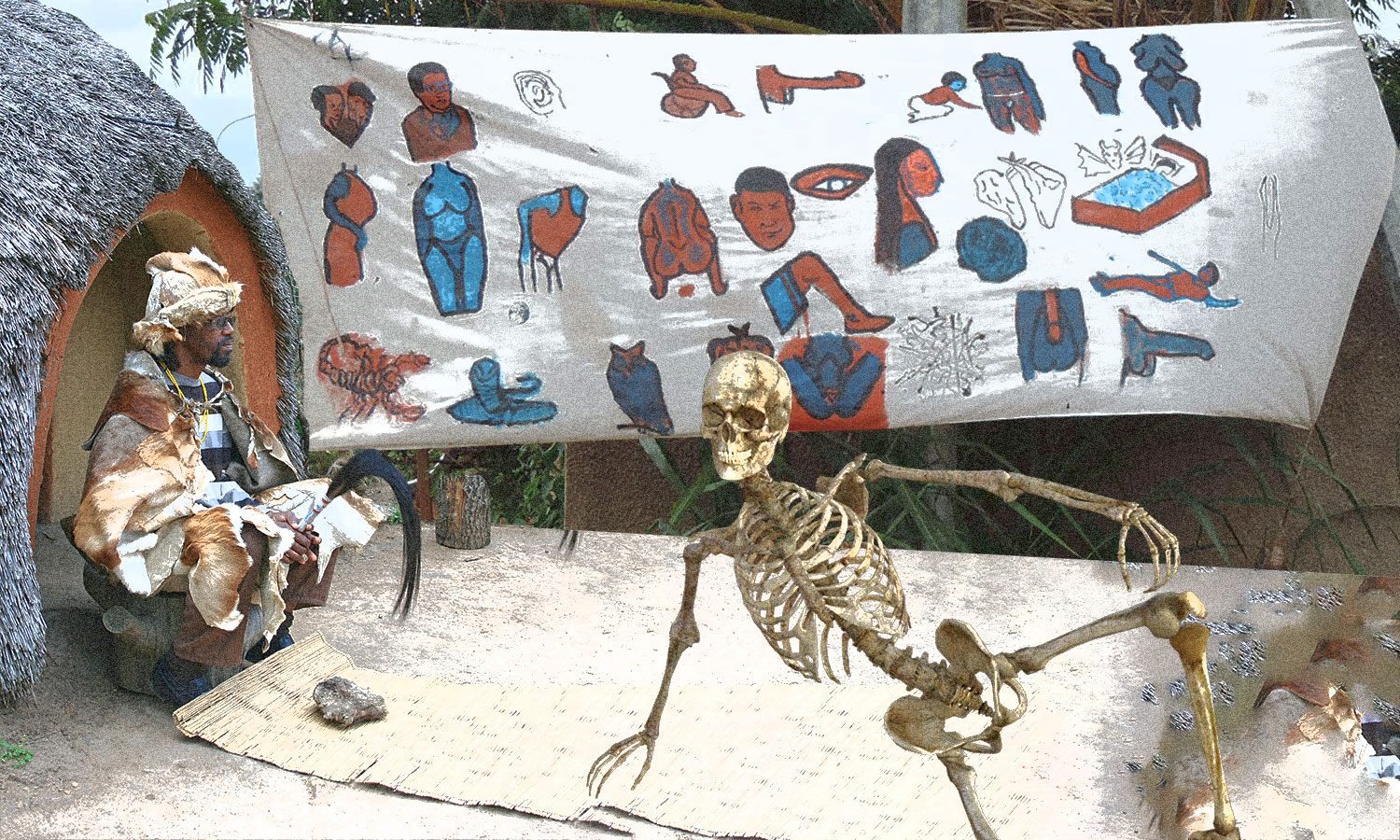 This is the first golden rule of the healer. Empathy, danger! It is necessary, but must be strictly limited. Sazns empathy, all healing is impossible. Too much empathy puts the healer in danger. However, I am embarrassed to have to give rules to healers. healing is not learned, does not teach, it arises from itself. Several correspondents wrote to me: “Xavier, I feel in me the power to heal.” That’s the way it is and it is allright. I write this for them.

Second caution: unscrupulous Internet users shamelessly surf the wave of healings. They offer to gullible neophytes ads like: become healers in a weekend. And the prices are up to the imposture. Nothing and no one can make you a healer. Donations are not distributed for remuneration. Neither a weekend nor a thousand weekends will make you a healer if you are not already.

However this rule suffers an exception. My mother was a sourciere, she was taking fire and by her own admission, it was her grandfather who had passed on this gift to her. The story is well known: a healer on the verge of death chooses his heir and gives him one or more powers. In Castaneda’s words, which I love for its effectiveness, the wizard can give to whom he wants new positions of the assemblage point. I myself have received and offered these kinds of gifts. They are priceless.

All that a wizard or power person can want to give is a priceless gift. Keep yourself from wasting those precious legacies. How can we waste them? By using it badly. By not taking care, by not using them. By not believing in it, which amounts to the same thing. Believing is the basis of all magical action, and healing is one. But remember to always believe without believing. When I say that these gifts are priceless, it works as well for the one who receives them as for the one who gives them.

Giving is the foundation and the fulfillment of healing. The gift of love is the alpha and the omega. Without love, we can only improve. Nothing more than an improvement, never complete recovery. Another thing: how can the gift of healing be misused? By minting it. Healing is a gift, healing must be given. Otherwise the gift is lost. Tied cures are scams, neither more nor less.

I know only one exception, it is important: that of Edgar Cayce. The unbelievable influx of patients in front of his farm forced him to ask for a small donation. Tied cures are scams, neither more nor less.

However the healed person may want to offer something to the healer because she feels indebted. She wants to express her gratitude. The healer must then accept. Not out of greed, but because a refusal on his part could jeopardize the consolidation of healing.

The healed person will feel humiliated and suddenly will refuse benefits that have not allowed exchange. If the generosity of the healer is necessary, the notion of exchange is essential. Give-and-take is the mode of operation of this plan. Definitely. The exchange, the barter, the gift calling the gift. 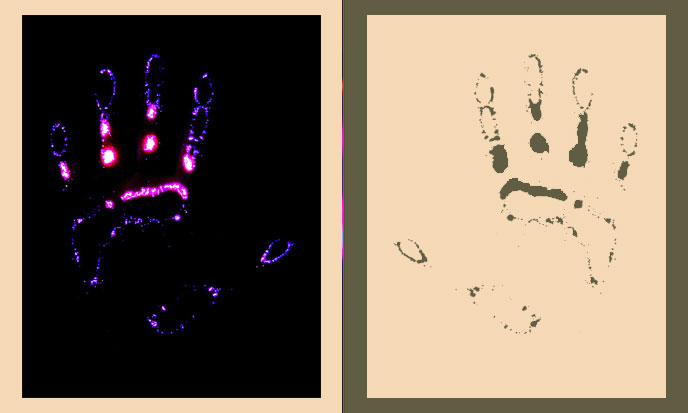 As Tantrism teaches, massage, or better still, caress is the very expression of give-and-take. There is as much pleasure to caress as to be caressed. As much pleasure to massage as to receive the massage. If this is not the case for you, friend masseur, change of profession. You will never be a good masseur. This is a discipline where the technique is incidental. Only the pleasure given and received counts. Again, beware of express courses, the duration of which is inversely proportional to the fees requested.

Another very bad use of the gift of healing is to heal – or to try to heal – one who does not want to be healed. There are more than we believe. Such a person cultivates his cancer that makes him a center of interest. Her life is so empty, this person feels so devoid of interest that she is attached to this very serious disease that makes her pity, that we finally take care of her, that she chooses her and surrounded by an affection she never received before.

It is his choice, do not judge him, he is infinitely respectable. Be careful not to go against it. The free will of the patient is stronger than the most powerful healer. No one can do anything against the will of others. the healer does not make morals, he does not seek to impose his point of view, his theory, his belief. He respects the free will and the belief of the patient. He is not mandated to change anything in the lives of others. Otherwise he is no longer a healer, he is a guru. And you know what I think.

In closing, I offer advice that can be valuable. Before you come here, here is a story of power. A tropical witch visited me for supposedly receiving the initiation to the Little Mysteries, in other words Arcana XIII. She had traveled several thousand kilometers to meet me. Needless to say, I welcomed her with an open heart. Yet I realized very quickly that she did not come for that. The extent of her powers showed enough that she had passed this stage for a long time. So what did she want me?

After three days of repeated failures, I caused a debrief. It triggered everything. Anger seized her. “Your arcana XIII, I do not give a fuck, it’s childish, that’s not what I expect from you!”

Okay, so what do you want? As a response, she begins to speak in tongues. I recognize several in passing, and then … here comes the true Elvish, true to the sounds of the movie Lord of the Rings. The craziest part of it is that I understand everything. Even more, I answer her in this language. A dialogue commits itself. I’m here for an exorcism, she admits. What the fuck? An exorcism?? I have never done such a thing, I am not a priest, even if I look like it. And this is not a movie. In fact, I’m not even sure I believe it. Real life is pretty far from horror fantasy. Happily.

My refusal provokes a terrible anger. She who weighs thirty-five kilos all wet out a good head, and his build becomes that of a trucker bodybuilder. She starts screaming. Without taking the time to think, I balance him a slap with all my strength. And there I see a monstrous entity running from his body and rushing at full speed through the closed window. The crazy of the tropics is slumped on the sofa, out of breath and shaking. 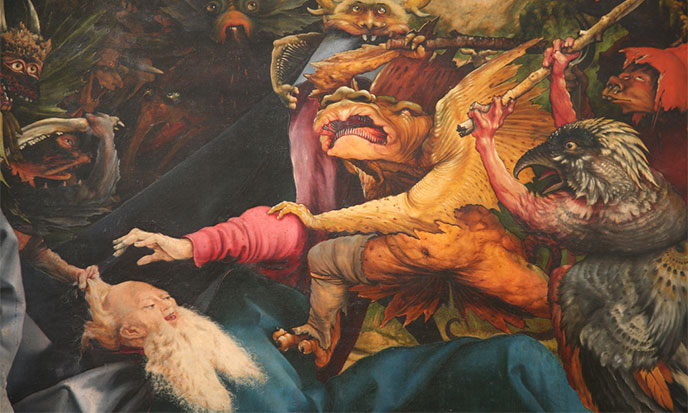 I examine his cheek: no trace of blue or bruise. There’s something else! Given the strength of my shot, I was expecting an apparent injury, a fracture or what do I know? Nothing at all. She trembles with all her limbs. Tiny, all fragile, she seems to be three years old. The sheer power she has shown is nothing but a memory. She sobs long, enough to empty a whole box of kleenex. At last she asks me in a very small voice that I do not recognize: “Will he come back?

She talks about the demon that inhabited her. I do not know what to say to him. I open my mouth to answer him, but the voice that comes out is not mine. “No, he’s gone for good, he will not come back unless you ask him.” Always the omnipotence of free will. This is our insurmountable limit. The next night, I expect the worst. The anger of the demons is appalling, and whatever our power, we do not make weight in the face of the invisible. That’s why I recommend no invokation. To invoke is to open a breach in your free will. The demons are waiting for that.

I bard my intention and with great care I close all the orifices of my body. Count them well, we have nine. Men or women. The navel does not count, it is already clogged. As for the pores of the skin, we forget them in this protection. As a precaution, you can draw with the intention a sphere of extra protection around yourself. Or around the place where you live, in case of serious attacks.

It was my last advice. To protect yourself from unwanted entities, always close your body openings. When you heal, do it. When you have gone through a black period, do it too. In a haunted house, or very unbalanced geobiologically, do it again.

Do it always, you are not a self-service. Your body is not a drive-in. 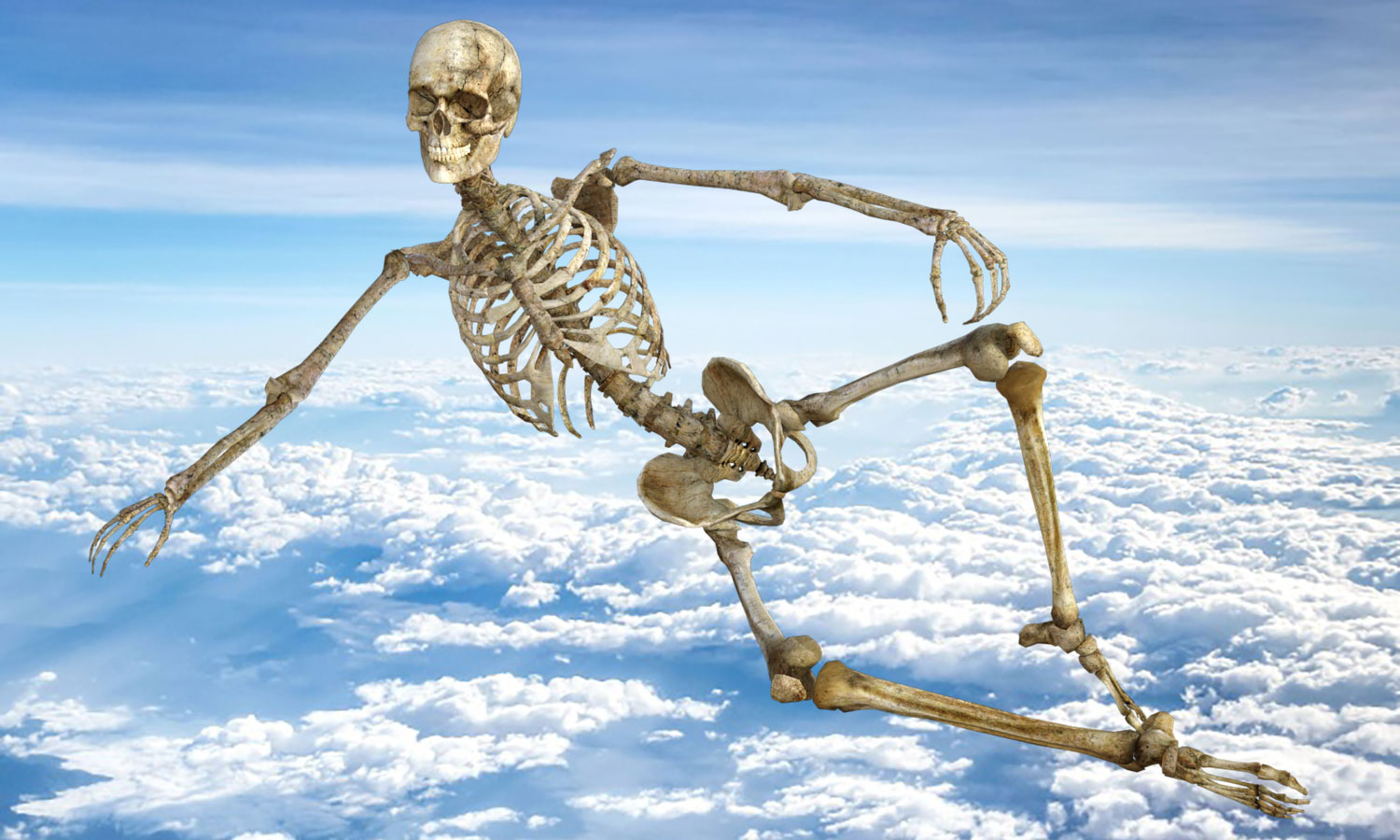