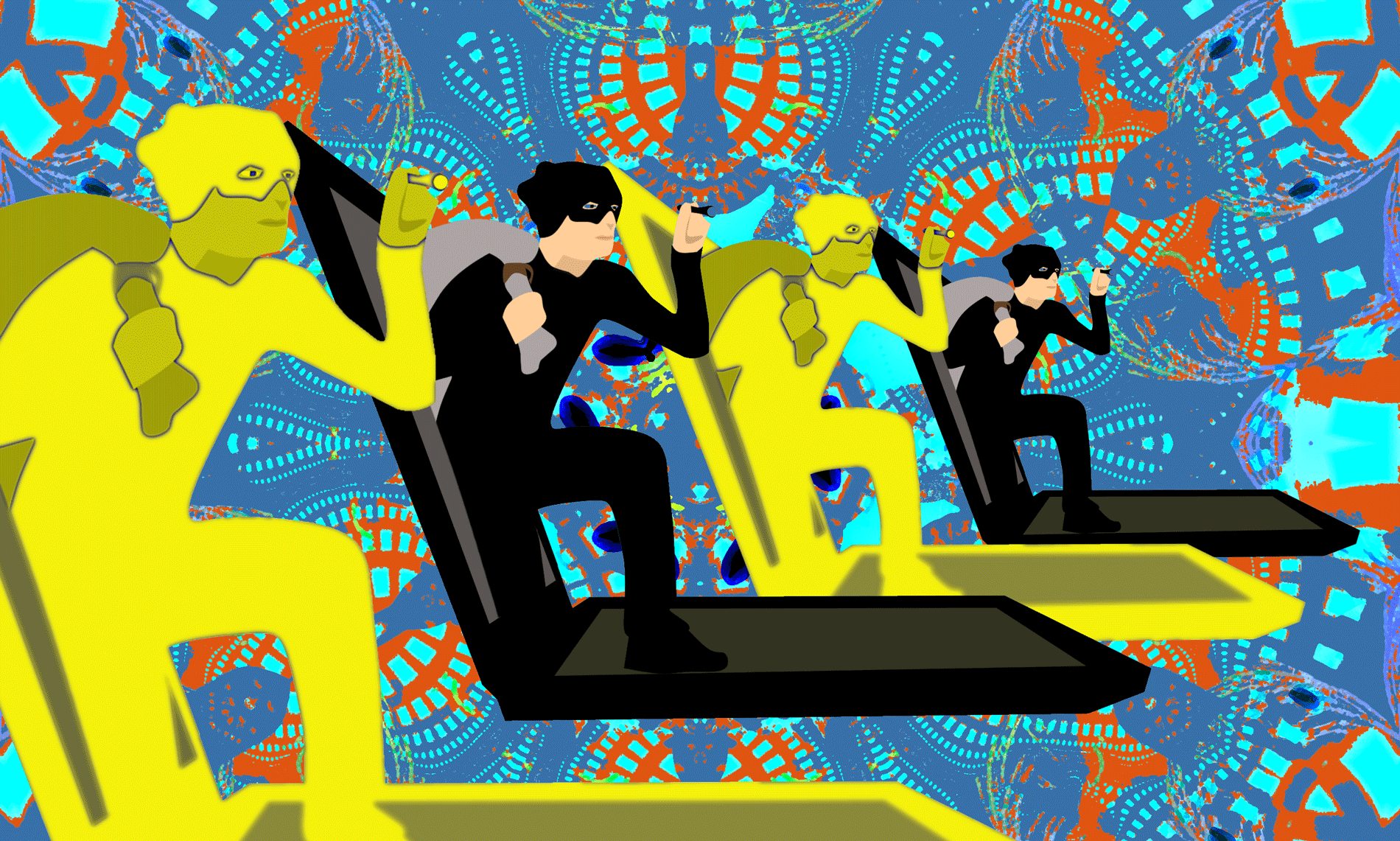 The branes, bran worlds, here is the latest theory in cosmology. Brane is an abbreviation of membrane. Our universe would be located on a brane, but there could be others. Many others, according to theory.

Bran cosmology completes string theory. The main idea is that our universe would be trapped in a structure called brane, which would be included in a super-universe with additional dimensions and which could house other branes – therefore other universes. (source)

I am not an astrophysicist, even if this field of study fascinates me. This particular model immediately appealed to me, but it’s not for the beauty of its equations. I hate math. And astrophysics, cosmology, it’s nothing but math. It should scare me away in the opposite direction. In fact I like it.

I listen to what the pros have to say, I don’t use my brain, I understand differently. A kind of vibrato comes to life in my belly, my head sings, my heart beats deeper, then there I say yes, it smells good this case. Track to follow. 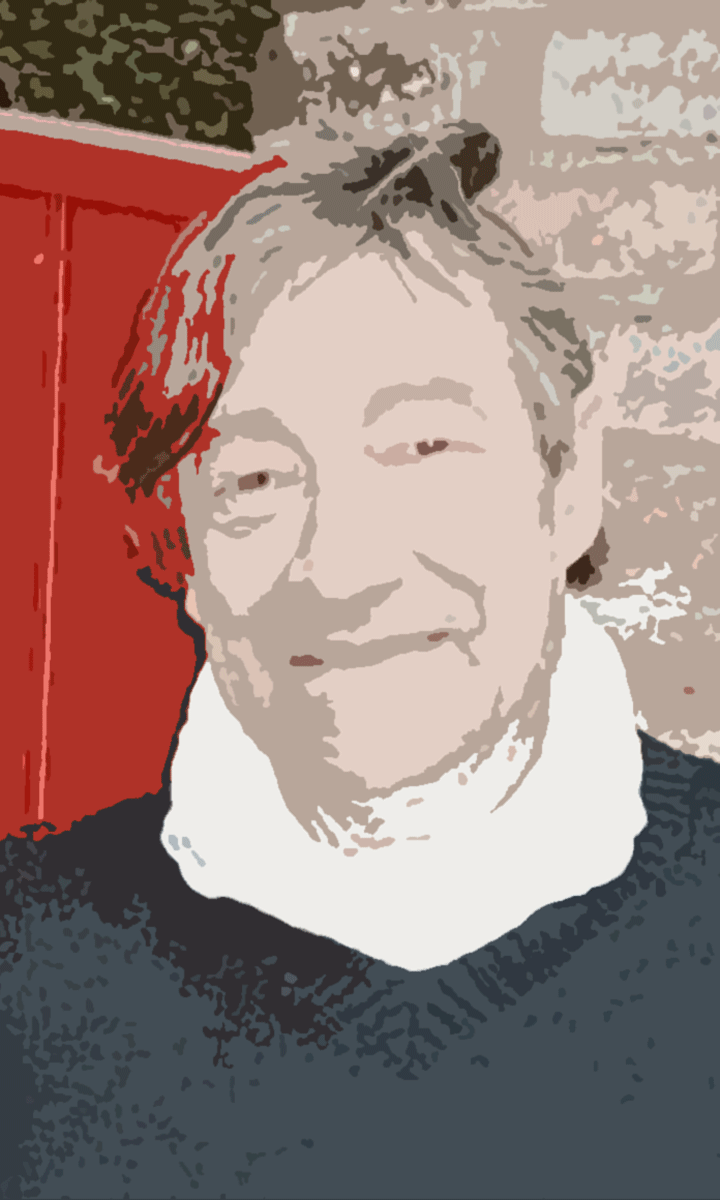 That’s it, pure feeling. Like this power my benefactor Flornoy described, the immediate knowledge that used to be called infused science. It is a place of consciousness to which we can have access – provided we find the way. It’s about accumulating enough energy to move own assembly point, and intention does the rest.

Here is what I understood, with all my apologies if poetry sometimes takes precedence over science.

This theory implies an in finity of big bangs. Branes are innumerable. The bangs are chained endlessly. That’s what I liked right away in this new approach. The singularity of the Big Bang has always bothered me. A unique phenomenon, which is moreover located at the origin of the whole cosmos, the complete big bazaar, fuck, it sucks. In filigree, the shadow of the great demiurge hangs over the Big Bang, and it gets up my nose.

Kind of Almighty Creator in disguise. The funny point is you can’t help but wonder what was there before. Then you decide that a ‘before’ notion is meaningless at bran scale. Wait a minute? If Almighty One is eternal, what was He doing before the Big Bang? Crucial issue. Meaning that a unique Big Bang is as impossible than a unique god. 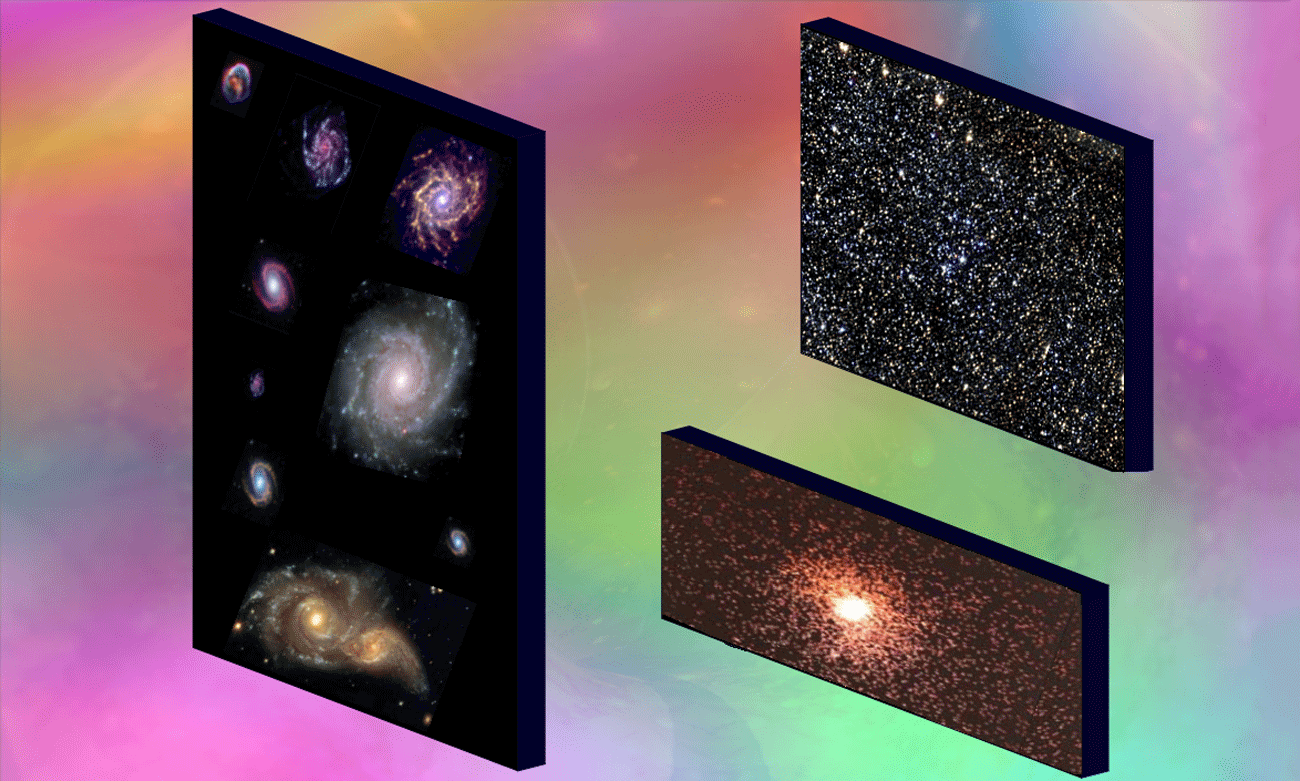 That’s why I don’t like this theory and I’m not the only one. If all astrophysicists found the big bang super cool, we wouldn’t have witnessed the emergence of so many wackier cosmological models for decades. The big bang relaxes the purists, hence the feverish quest for something else. And I approve. The brane theory is part of the cosmological model of string theory. Great find, the ropes. But a find that not the slightest fact could confirm at the moment. Too bad from home. It makes the whole story a little fragile. 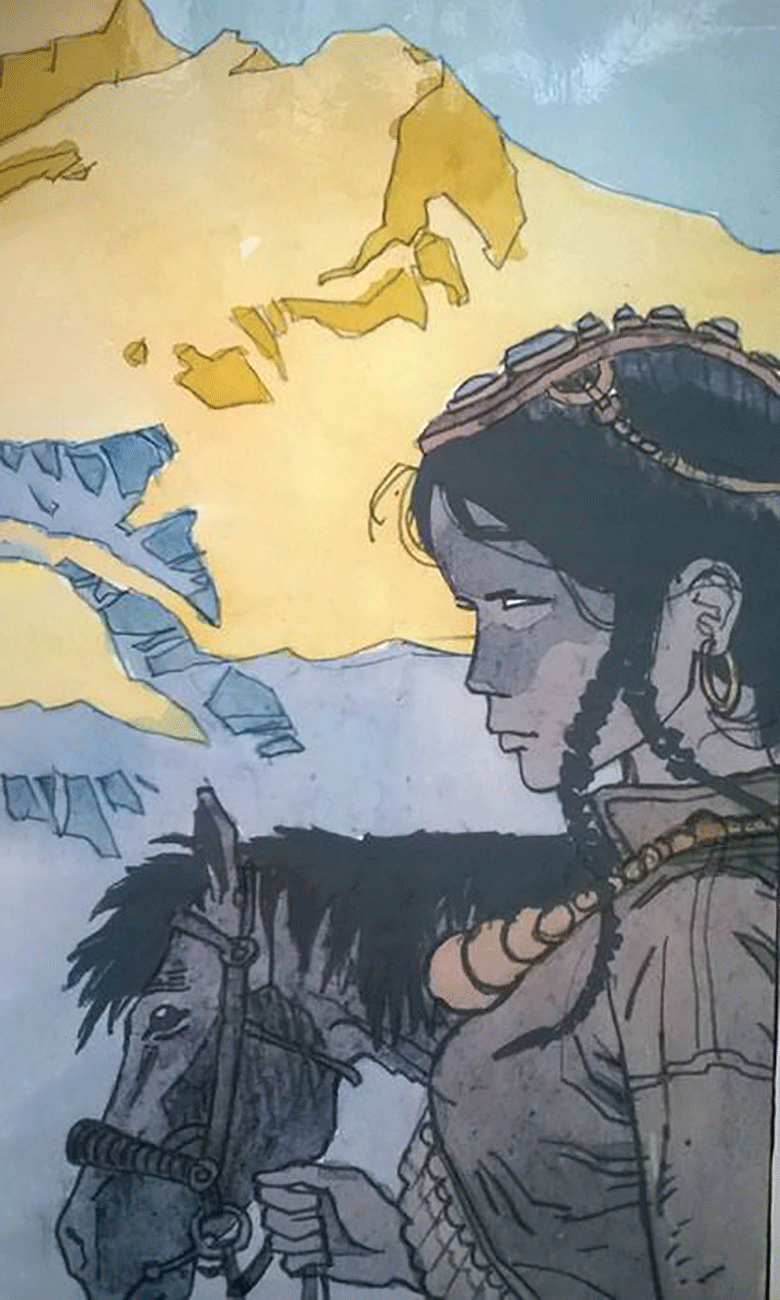 What does it matter? I stick with it, until a new astrophysical wave comes to level my sandcastle. The theory of branes delights me, electrifies me and upsets me. “The blue space between the clouds“see picture by Cosey is the bit of nothing between two branes. Nothing, not exactly, let say it doesn’t belong to the physical 3D world.

Like death. It does not belong to the physical world, which is that of life. When you want to comfort someone who has just lost a loved one, they awkwardly say “this is life”. Wrong answer. Death is not compatible with life. Their two fields of application do not touch.

I had the idea that this non-physical non-space could well be death. Those who cross this space to reach the neighboring brane touch eternal life: the cycle of passage from brane to brane corresponding to the cycle of reincarnations. On the other hand, those who stay in the world of the dead, this blue space between the branes, remain there for eternity.

These are the wandering souls spoken of by the three religions of the Book and other more exotic mythologies. They are nailed in the inter-brane until eternity, or until the next big bang, or until they have found a way to get into the neighboring brane.

Note that the notion of neighborhood has no meaning here. Is death close to life? Is nothingness close to the physical world? Without the notion of distance, there is no point in talking about neighborhood or proximity. The space that separates two branes is lethal: the word comes from river Lethe which flows in the Underworld of ancient Rome. This non-existent non-place in no-time has no dimensions. It is an invisible point, an energy partition, a no man’s non-land.

Passing through the neighboring brane is not excluded. Astrophysicists have hypothesized wormholes, a kind of space-time shortcut allowing passage through light years of the universe. Are there wormholes to pass from one brane to another?

On the astral plane, yes, they exist. Some wizards who have passed through death to reach another world have returned from their final journey to tell us about it. Should we believe it? No doubt, since they believe in it themselves. Inhabitants of the multiverse, we are everywhere at home. Jumping from brane to brane, we can therefore experience successive lives.

But, apart from the exploits of some wizards, all passage is without return. That’s why the dead don’t come back. The ghosts did not come back from nowhere. They did not leave. We should call them leftovers instead.

Physics tells us that if we could enter the 4th dimension, we would disappear from the 3D world where we are. Our image will start to waver, gradually fade away, and eventually vanish altogether. Immediately I make an analogy with what happens to my physical body while I visit the 4D which I call the astral.

I have believed so far that during the astral journey, my physical body entered a sort of deeper and deeper coma. But when I travel in astral, I am no longer there to see it. those who have witnessed my outings testify that I was still there, clearly visible, but deprived of my usual personality. I behaved like a zombie.

I concluded that only the reptilian brain then controlled the physical body. now I tell myself that death may well be the passage into this fourth dimension. Or through it, during our final journey to an improbable beyond. Except that the corpse remains present. It does not erase itself like a video image, it just breaks down into simple elements. Sooner or later, one way or the other, it vanishes.

The smaller an object, the more energy it takes to see it, teaches particle physics. This explains why physicists have not yet been able to see the fundamental strings and their multiple wound dimensions.

Thus it is difficult to support the string theory against the pack of its detractors. But it could be that the unknown dimensions, ie the 4th and following, are not tiny. They may not be folded back inside the strings that cannot be found.

They could be so vast that they are the size of the universe. So large that you don’t see them as such. They are simply part of the decor. A trompe-l’oeil decor, since our living environment has only three dimensions. Bran cosmology teaches us that the multiverse could be 19D – ie containing 19 dimensions. The multiverse, perhaps. But not our brane. 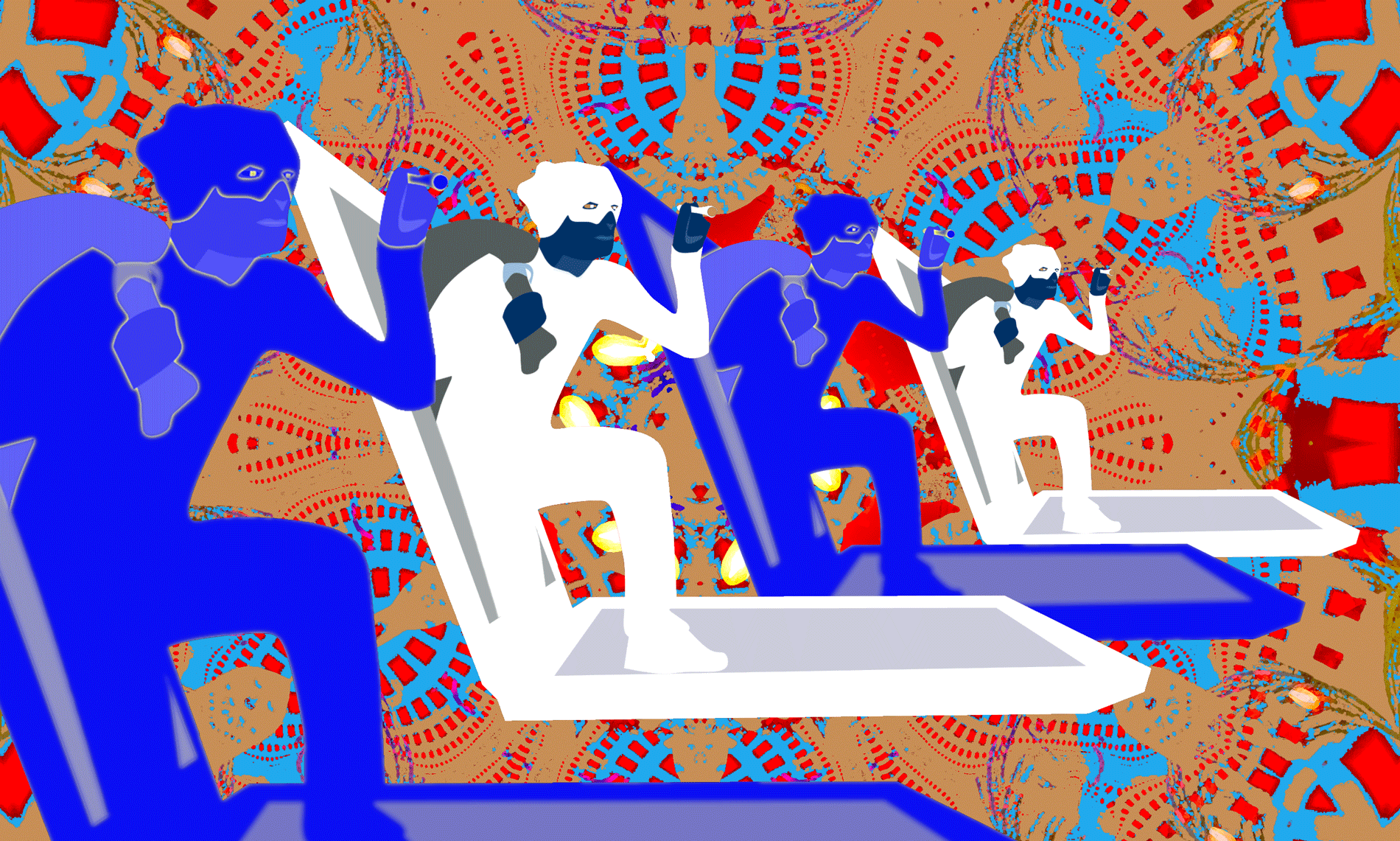 Far out. I need to rest five minutes. C U